What is today known as the Cardinal has been quite the roller coaster operation for Amtrak since it began running a version of the train back when it first began in the spring of 1971.

The history of the route the train now operates was a collection of various fallen flags lines and/or their streamliners including the Pennsylvania (after Amtrak), Chesapeake & Ohio, and New York Central.

Under Amtrak the routing now used by the train was mostly retained although it was not then known as the Cardinal. This changed in the late 1970s when the current name was adopted.

Due to low ridership the train was canceled but returned to service as a requirement by Congress. Despite its rough history, few available amenities, and somewhat poor operating times, the train provides passengers with incredible scenery along through the Appalachians.

Additionally, hopefully discussed upgrades will improve the train's services in the near future. 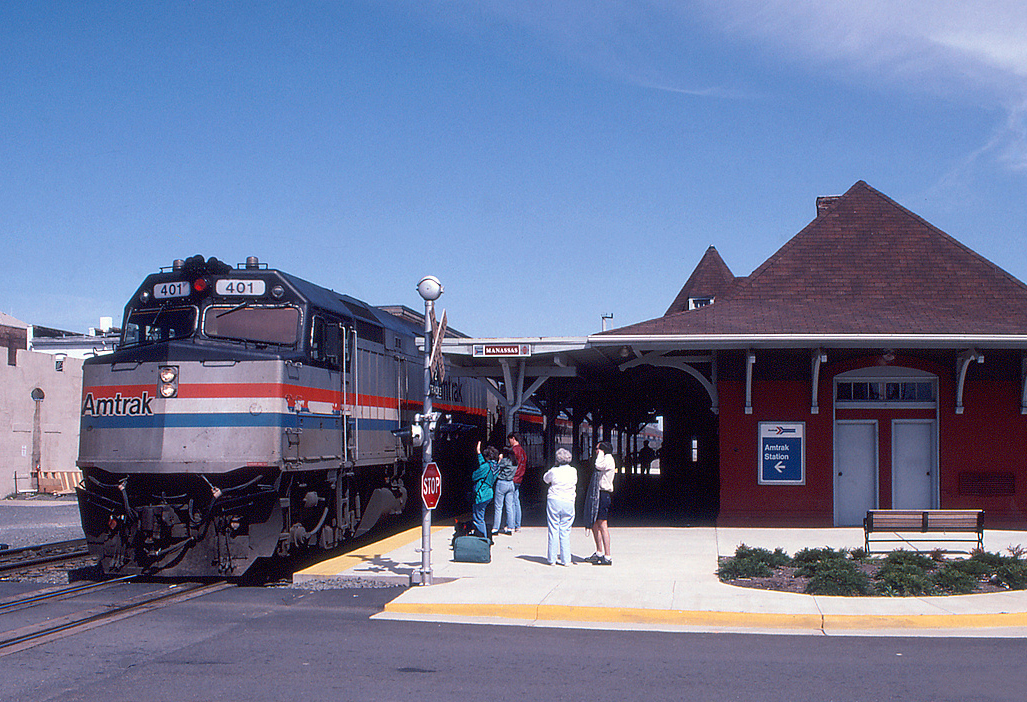 Much of the routing the Cardinal uses today was originally known as the George Washington, a streamliner operated by C&O.

It was the railroad's flagship train first inaugurated on April 30, 1932 and connected Washington, D.C. with Cincinnati, Ohio.

During the trip passengers could experience breathtaking views of the Blue Ridge Mountains in Virginia, Appalachians through West Virginia as well as the New River George in the southern part of the state.

Finally, once the train crossed into Kentucky one could experience the state's rolling countryside and bucolic farms while catching glimpses of the meandering Ohio River.

In later years travelers had the opportunity to reach several different cities via connecting through trains such as St. Louis (B&O), New York (PRR), and Clifton Forge.

The George Washington was also not the only streamliner to operate on this routing as the C&O's older, and previous flagship Fast Flying Virginian (or F.F.V.), also served the same cities. 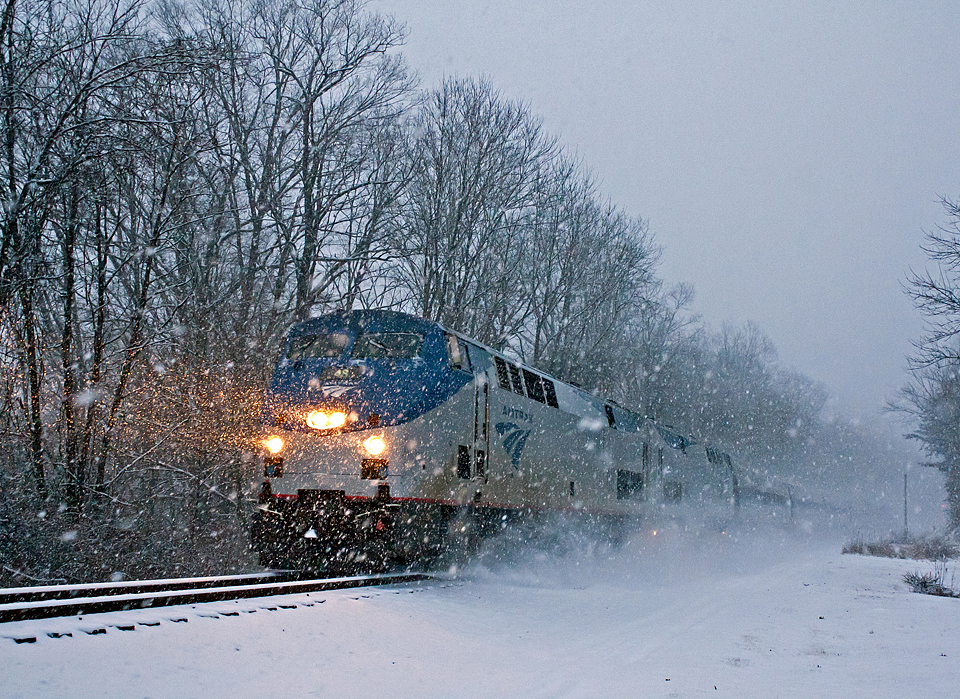 With Amtrak taking over intercity passenger rail services on May 1, 1971 both trains were not retained.

Instead the same routing was renamed as New York Central's former James Whitcomb Riley, a regional streamliner that once served Chicago and Cincinnati but was expanded under Amtrak to also serve the George Washington's old territory to Washington.

Because the distance traveled was more than 1,000 miles through sleepers were available although service was not particularly good given the poor equipment handed down to Amtrak, particularly in the Northeast/Midwest sector. 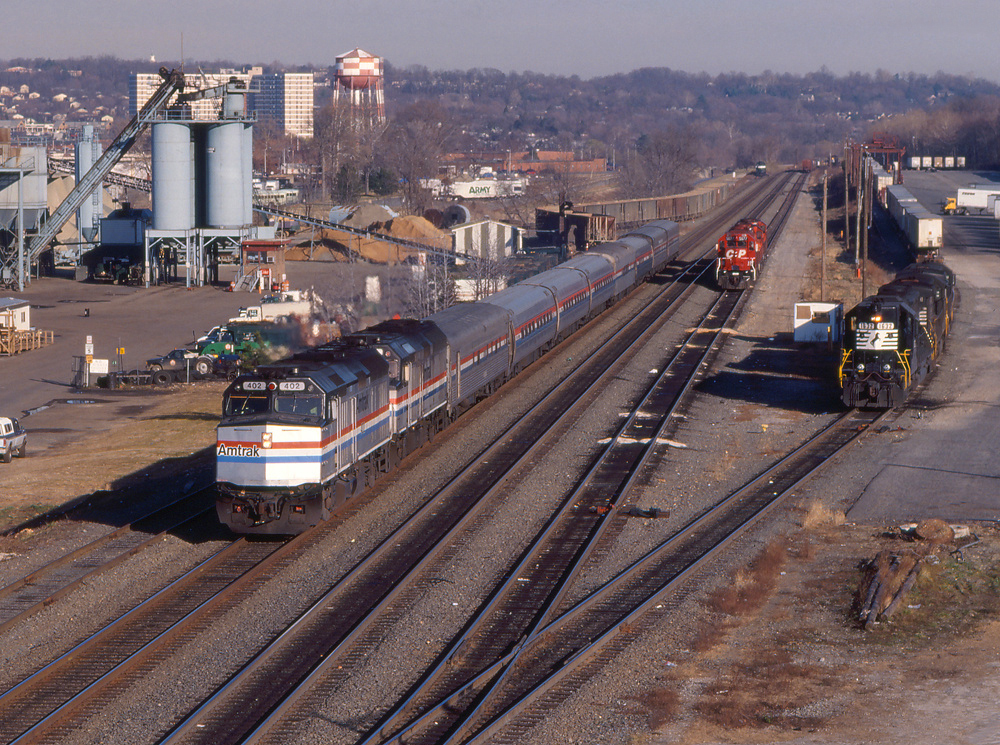 The James Whitcomb Riley became a true headache for Amtrak.

After 1972 the first leg of the train's journey was along Chessie System rails and northwest of Cincinnati it utilized Penn Central trackage, which became more deplorable and unreliable as that railroad sank deeper into bankruptcy.

As slow orders along PC's system mounted Amtrak was forced to reroute the train several times, eventually moving off of its lines altogether and using a Chessie System/B&O routing after 1980.

It was also around this time that train's name was changed to the Cardinal, effective on the October 30, 1977 timetable. The name was chosen due to the fact that the cardinal was, interestingly enough, the state bird in all of the states through which it operated. 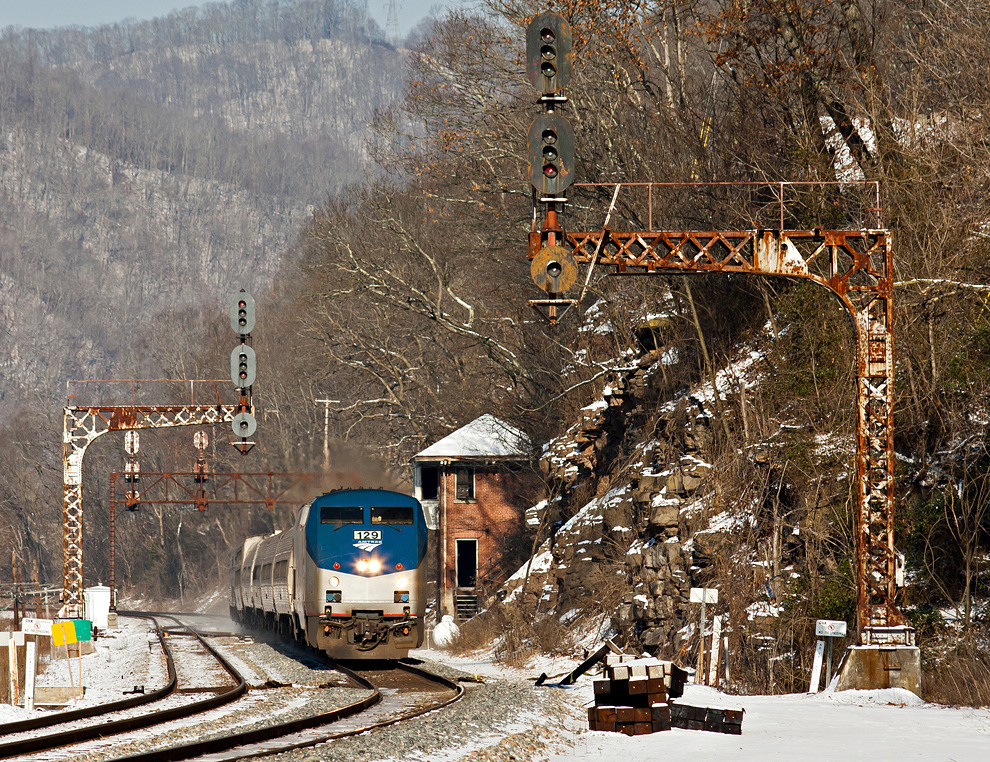 Amtrak P42DC #129 has the eastbound "Cardinal" as it rolls past the former Chesapeake & Ohio 'cabin' (interlocking tower) at Hinton, West Virginia on January 27, 2013. Loyd Lowry photo.

Additionally, in the early 1980s a change to the train's routing saw it extended to the Big Apple (New York City) along the PRR's former Northeast Corridor (NEC), owned by Amtrak.

However, with sagging interest and ridership the carrier opted to cancel the train on September 30, 1981. Had it not been for a Congressional mandate to operate a train serving D.C. and Chicago the train's history would likely have ended then.

It returned to the rails on January 8, 1982 and has remained on Amtrak's timetable ever since.

Today the train still uses much of the former C&O main line although west of Cincinnati, via Indianapolis, it operates on ex-PRR trackage. North of Indiana's state capital the train is combined with the Hoosier State (a train that once extended to Louisville, Kentucky). 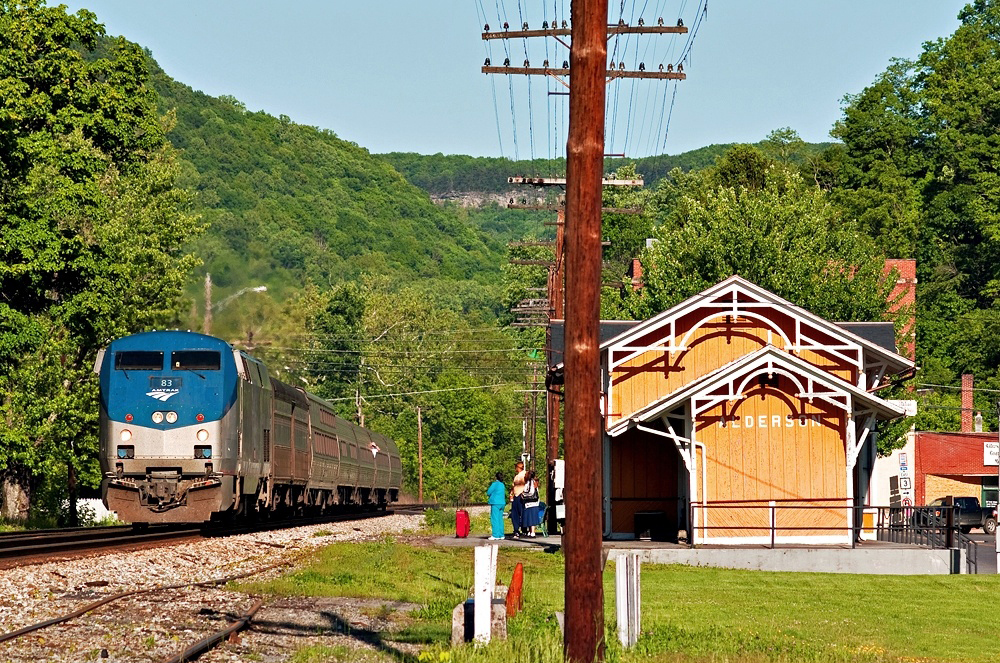 Amtrak P42DC #83 has the westbound "Cardinal" at the former Chesapeake & Ohio's depot in Alderson, West Virginia on May 11, 2012. Loyd Lowry photo.

Because it serves a corridor that has never been particularly busy the train only provides tri-weekly service currently and sometimes features a consist of just a few cars.

It is one of the only long distance Amtrak trains to offer such few amenities. However, hope is one the way. A 2010 plan would look to heavily upgrade the train with daily service, return Superliner cars to the consist, and change the routing to St. Louis.

However, thus far those hopes have not been realized. In any event, if you are hoping or planning to ride the train do not be deterred by these setbacks. In general, travelers have much enjoyed their trips.