Charles Crocker is best remembered for being part of the "Big Four" in financing the construction of the Central Pacific Railroad, which included (along with himself) Collis Huntington, Leland Stanford, and Mark Hopkins.

It was Crocker who is credited with supervising the actual construction of the route through the rugged Sierra Nevada mountain range.  The western leg of the fabled Transcontinental Railroad was no doubt the most difficult.

Whereas Union Pacific's construction crews enjoyed relatively flat topography across Nebraska and eastern Wyoming their Central Pacific counterparts were faced with the Sierra's granite cliffs only 50 miles east of Sacramento.

Crocker, which employed largely Chinese labor to blast a right-of-way out of the mountains, oversaw the completion of 15 tunnels along what would be Central Pacific's 720 miles from Sacramento to Promontory Point, Utah.

Prior to his work on the Central Pacific, Crocker had very little experience in the railroad industry. He would later also head the Southern Pacific, expanding that railroad in the state of California.  Crocker was born on September 16, 1822 in Troy, New York the son of a farmer. 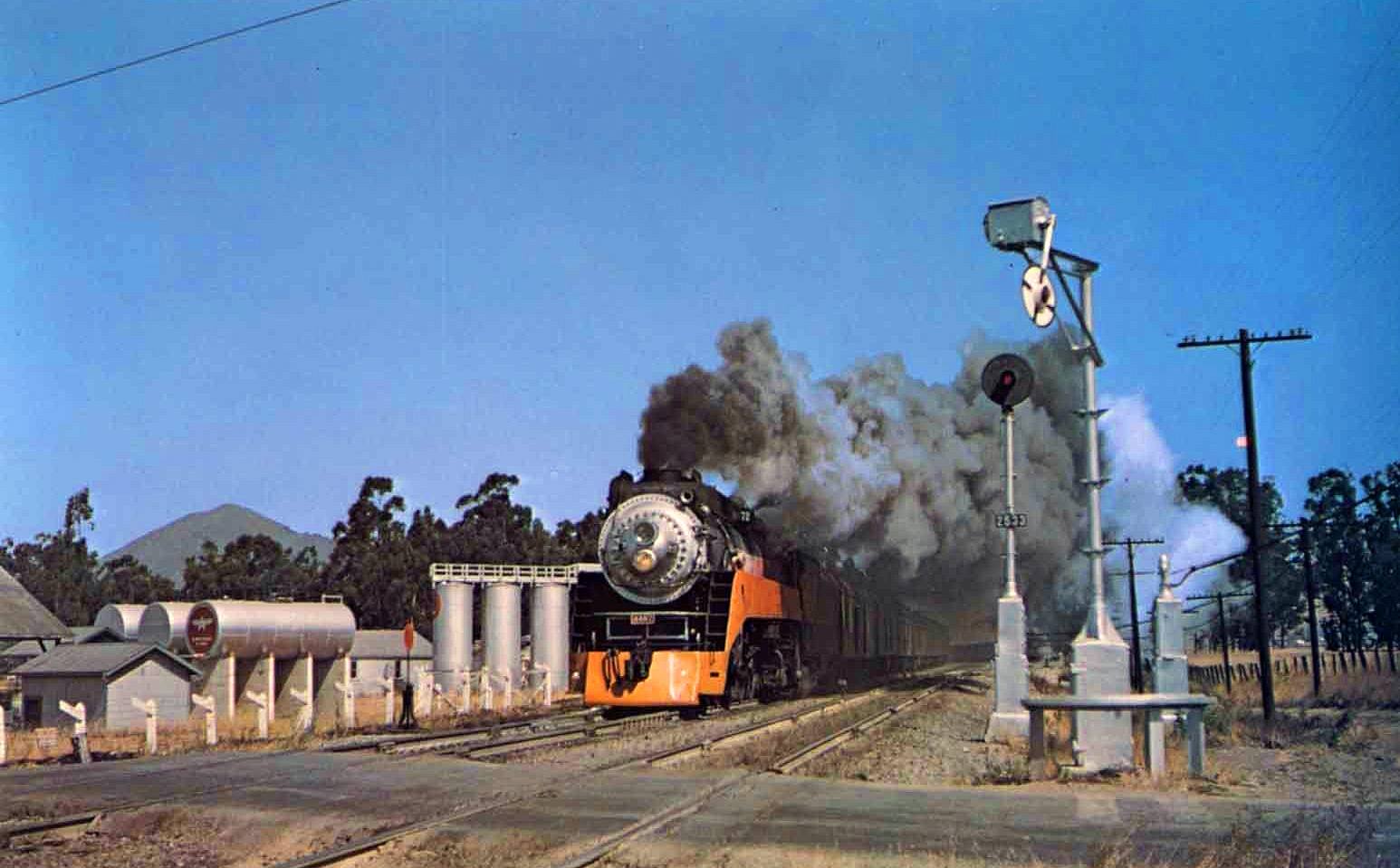 Southern Pacific 4-8-4 #4457 (GS-4) with train #72, the "Coast Mail," nears a grade-crossing protected by a classic wig-wag signal about a mile south of San Luis Obispo, California during the early 1950's. Donald Duke photo.

He quit school at the age of 12 to help out his family as his father struggled to make a living farming. Crocker's father headed to Indiana to try and improve the family's situation but a disagreement between them caused Crocker to leave home at the age of 17.

Up until this time he had worked a number of odd jobs and for a time tried his hand at owning a small foundry business.  The California Gold Rush of 1849 beckoned Crocker to head west, along with a few friends and two of his brothers, in hopes of a better life.

However, he quickly realized that the hopes of striking it rich were not worth the effort and instead decided on setting up his own business near the mines, along with his two brothers. 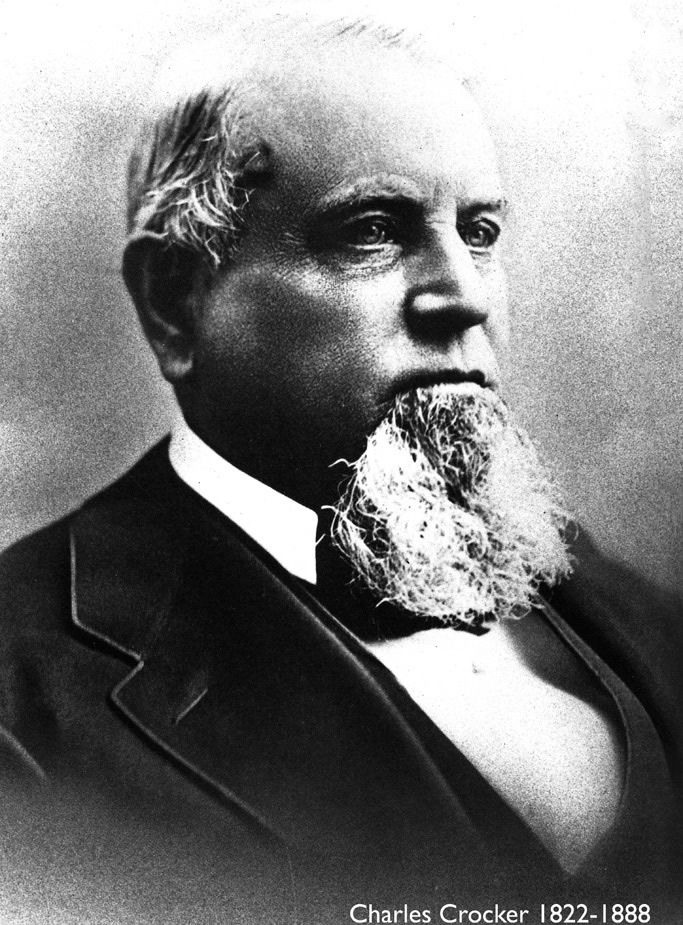 This idea proved successful and their business did so well that they were able to move to Sacramento and open an even larger store.  Charles Crocker remained a successful businessman in Sacramento until the mid-1850s.

At that time he became involved in politics and met Collis Huntington, Leland Stanford and Mark Hopkins in 1856 (all of which were members of the Republican party).  Huntington, particularly, wished to see rails sprawling across California and with Abraham Lincoln winning the presidential nomination of 1860 the Central Pacific Railroad had its chance.

The company was originally established in 1861 to build across its home state of California and with the signing into law of the Pacific Railroad Act (1862) the CP would help establish the country first, Transcontinental Railroad.  The Union Pacific, established directly as a result of the act, would construct rails westward from eastern Nebraska.

With the Central Pacific created it was Collis P. Huntington, Leland Stanford, Mark Hopkins, Theodore Judah, and Charles Crocker who agreed to mutually help finance the CP although Judah was bought out by what would become the "Big Four" (Crocker, Stanford, Hopkins, and Huntington).

While building the CP turned out to take much longer and cost much more than originally envisioned it was completed on May 10, 1869 at Promontory, Utah and linking with the Union Pacific system.  While Huntington led the charge to see the Central Pacific completed, it was Crocker who oversaw the actual construction of the line.

While he had very little experience in general contracting work he was a good supervisor and worked tirelessly to see the CP completed through the rugged Sierra Nevada mountain range. 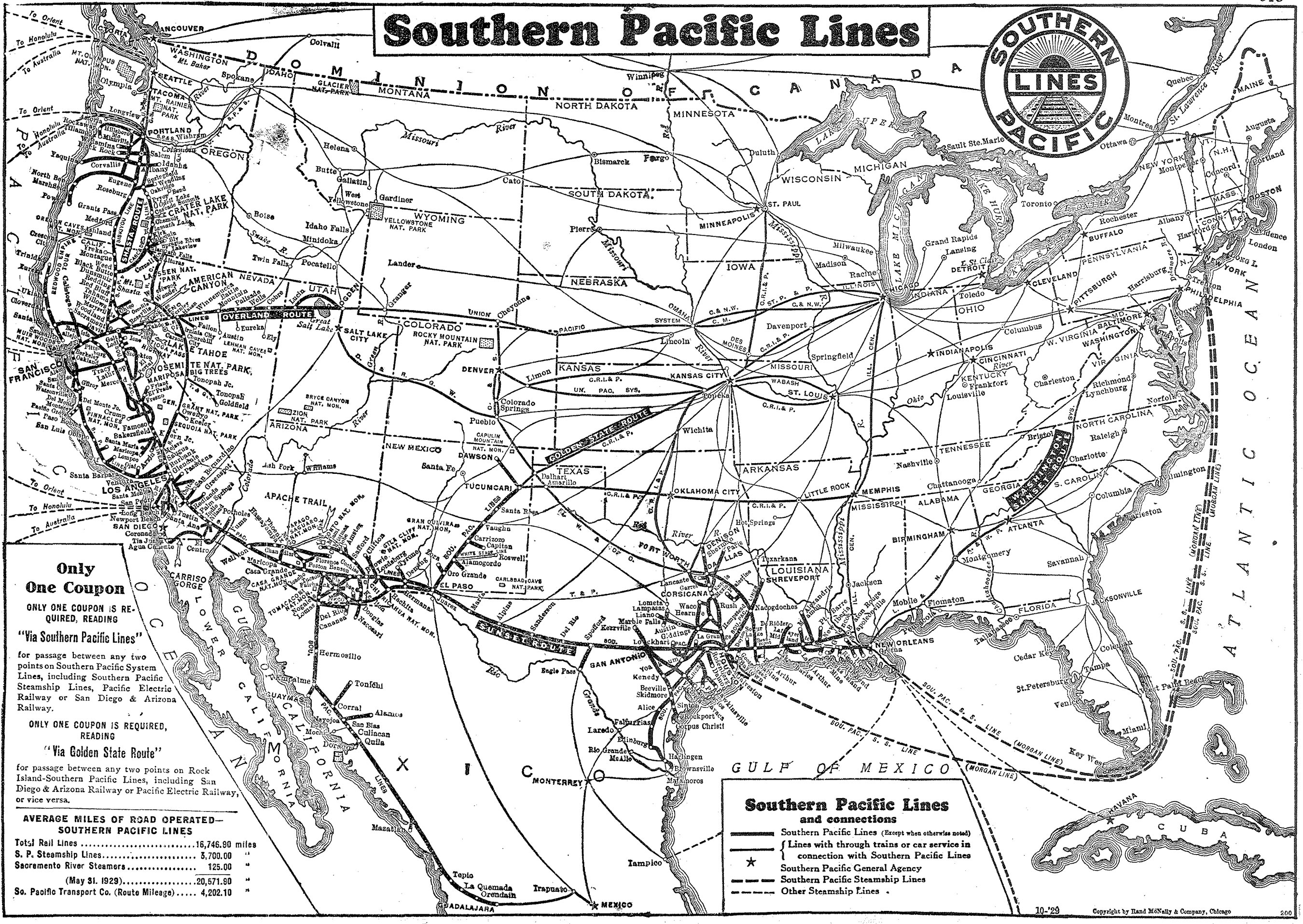 Also just like the Pennsy the Southern Pacific (also referred to affectionately as the “Espee” by railfans and historians after its SP reporting marks) has such a history that entire libraries of books could be written on the differing aspects of the railroad.

Crocker would also work in the real estate, banking, and coal industries, although he would eventually return to the Central Pacific in 1873 after the financial panic that year resulted in the railroad being unable to pay the buyout due to him (he had sold his interest in the CP in 1871).

Unfortunately, a carriage accident would cripple Crocker and he eventually died from these wounds in 1888 at the age of 65.  It is believed that at the time of his death his net worth was around $20 million.