The Rutland's Chatham Division was its longtime southern outlet to central New England, connecting with the New York Central and Boston & Albany (a longtime NYC subsidiary) at the small town of Chatham in eastern New York.

What was essentially a long branch soon earned the nickname as the "Corkscrew" for its infinite curves and steep grades.  It was long an operational headache but since it provided the Rutland's only southerly connection the corridor survived much longer than it probably otherwise should have.

Perhaps if this corridor had been better constructed it would have proven a valuable asset to the Rutland's system.  The company's early leadership certainly had the right idea but unfortunately chose a poor routing.  The secondary hope of luring New York Central's Cornelius Vanderbilt to utilize Rutland trackage rights in reaching Montreal, Quebec also fell through when the Commodore elected to piece together his own line.

Ultimately, there was little online traffic and as through freight dried up the railroad became fed up with the entire operation, which regularly required double-heading during the steam era.  After gaining trackage rights over the nearby Boston & Maine the Corkscrew Division was abandoned during the early 1950s. 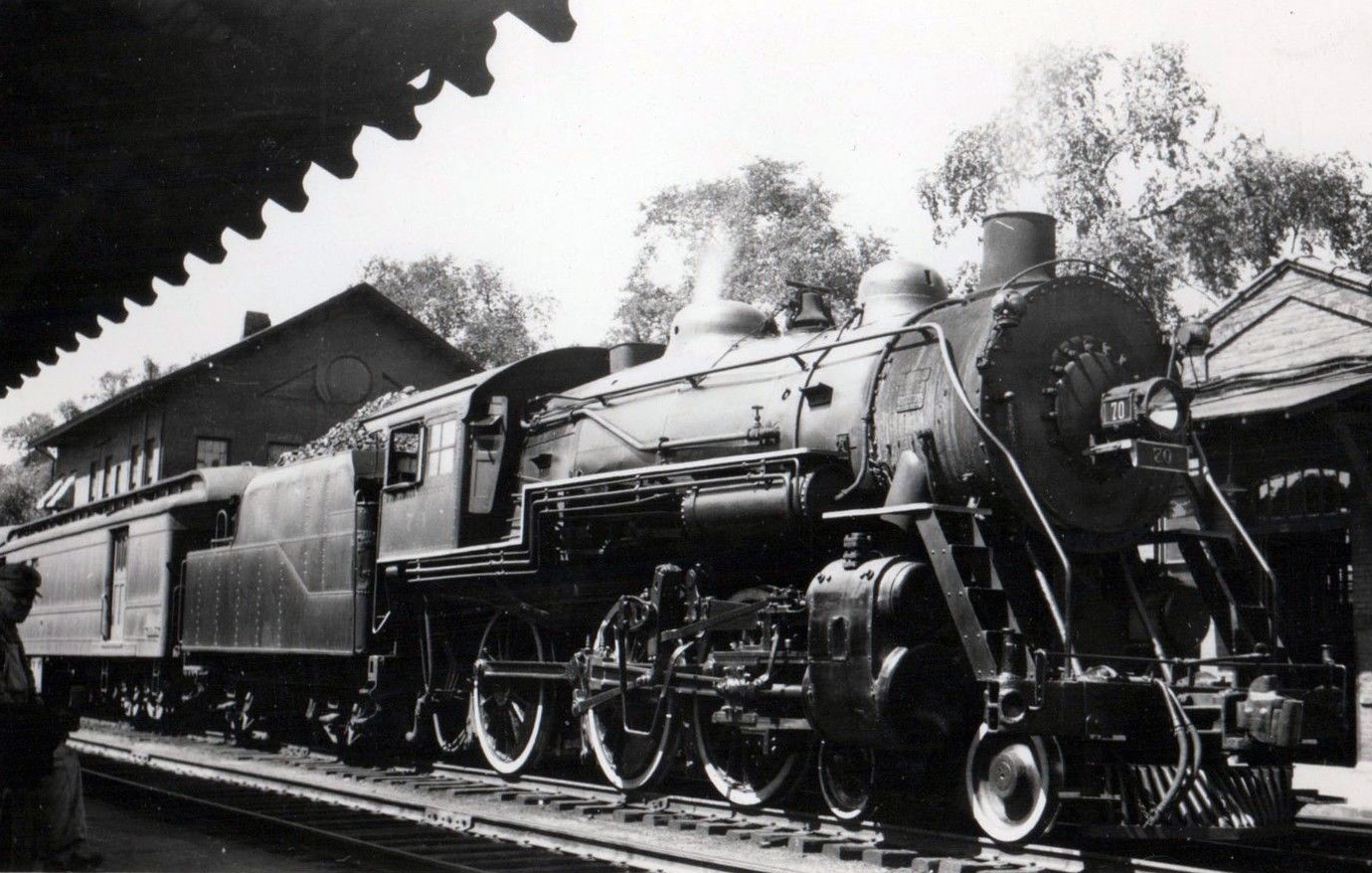 The history of the Chatham Division is a long and complicated affair involving a number of different railroads, lack of funds, bankruptcies, and reorganizations.

During 1852 the NY&B's charter was acquired by the Lebanon Springs Railroad, which completed a short section to Lebanon Springs near the Massachusetts state line before funds were exhausted and construction halted.

As this system languished in relative obscurity, only moving tourists to the resort of Lebanon Springs, the Bennington & Rutland eyed the property as a means of creating a coveted southern outlet to Cornelius "Commodore" Vanderbilt's New York Central system at Chatham.

The B&R was a modest railroad, which connected its namesake cities in Vermont and dated back to its chartering of November 5, 1845.  By May of 1852 the 55-mile line was opened for service.  Its majority owner, T.W. Park, attempted to convince the Commodore that funding the Lebanon Springs towards completion would provide him a much shorter direct route between Montreal, Quebec and New York.

The legendary, Vanderbilt, while intrigued thought the project far too circuitous and said it would be abandoned within three generations. 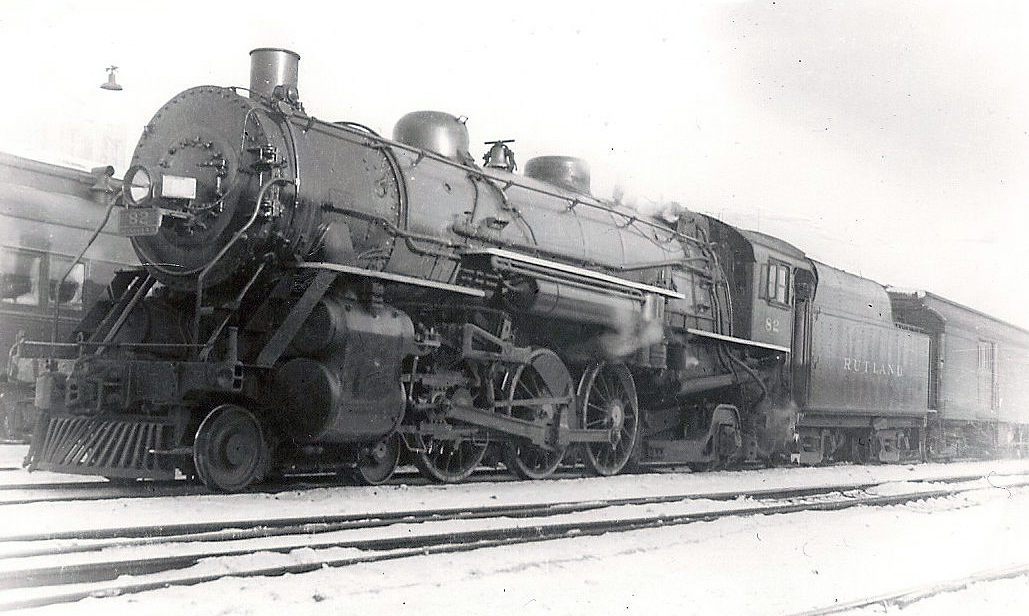 Undaunted, Park found his own investors and completed the 57-mile Lebanon Springs by 1869.  After a series of failed mergers and chartered lines, one of which included acquisition by the Central Vermont in an attempt to form its own New York-Montreal route, the B&R and Chatham & Lebanon Valley (the last railroad to bear the Chatham line's name) were taken over by the Rutland Railroad in a two-step process.

During February of 1900  the former was acquired followed by the latter a year later in June of 1901; the combined properties finally offered the road its own outlet to the south.  While the new acquisition was believed to offer new sources of revenue and traffic, in the end the Commodore's foretelling would prove correct.

For a time, however, the Corkscrew Division (the entire Chatham Division ran from Rutland south to Chatham via Bennington) did prove itself useful and somewhat profitable.

By 1904 the Rutland was fully under the control of the NYC, which used its newly acquired subsidiary as an outlet for traffic to the north at Ogdensburg, shipping freight to and from Chicago via the Great Lakes and St. Lawrence River.

In actuality, however, the NYC's interest in the Rutland was largely as a pawn in its vast empire.  The Vanderbilt road, of course, already had its own, superb, rail route to the Wind City that was far more direct than sending freight up the Rutland and across the lakes.

However, its subsidiary provided competition against the Delaware & Hudson to Montreal and the Rome, Watertown & Ogdensburg across New York State (the RW&O eventually became part of the NYC system), and other trunk lines like the Erie, Vanderbilt's longtime nemesis. 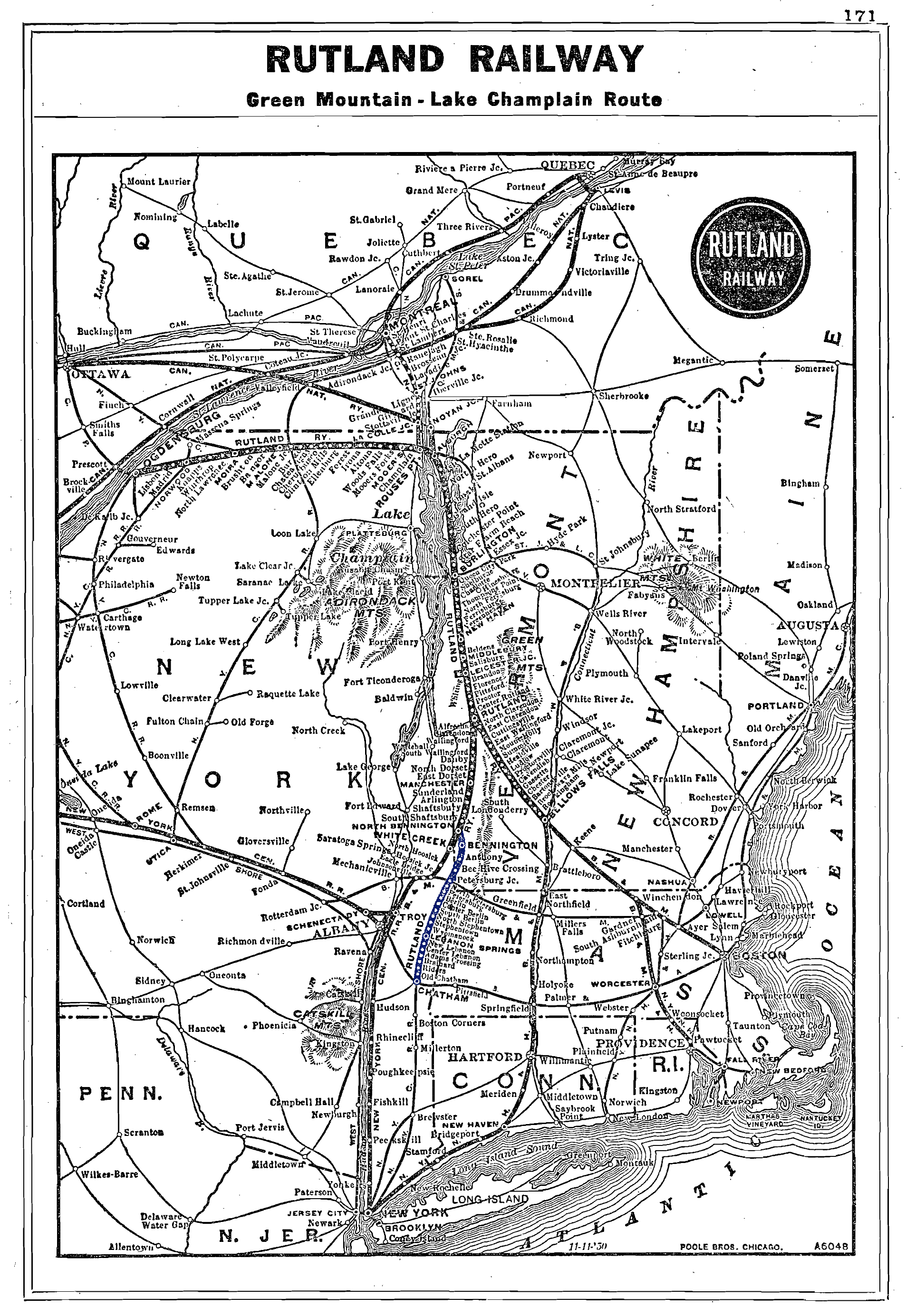 A map of the Chatham Division (highlighted in blue) from Rutland's 1952 system map. Author's collection.

According to Jim Shaughnessy's book, "The Rutland Road: Second Edition," the Chatham Division truly was an operational nightmare; it featured 263 curves, heavy grades, and no major sources of online revenue.

The line's only benefit was interchange with the NYC and B&A at Chatham as well as the Boston & Maine at Petersburg Junction.  Unfortunately, the Rutland's picturesque New England setting could not pay the bills as originating freight, in general, was difficult to come by.

The road's primary shippers were located only around Rutland and Burlington despite the fact that it operated a nearly 500-mile system.  During the Corkscrew Division's prosperous years it sent timed freights of milk  to the Chatham interchange, bound for New York City. 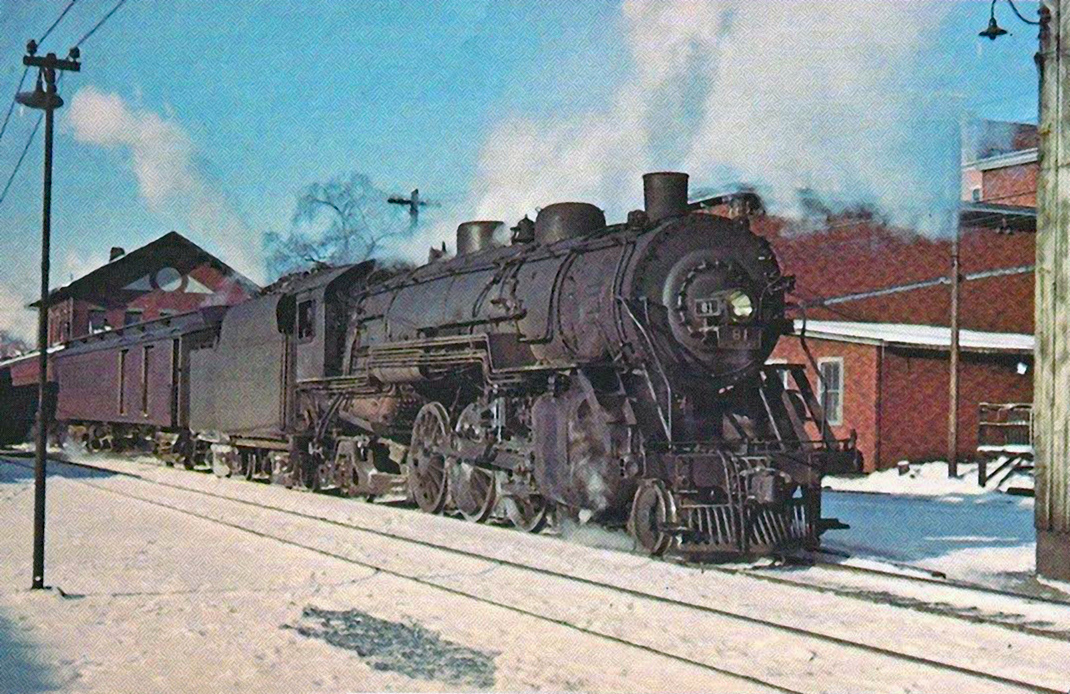 Interestingly, and in no doubt due to the line's operational problems, the Rutland opted against sending its top passenger trains, the Green Mountain Flyer and Mount Royal, over the Corkscrew.  Instead, it utilized the Boston & Maine as far north as the White Creek, New York interchange before continuing on towards Montreal.

Local passenger service on the Chatham Division ended in 1931, no surprise considering there were only a few small towns along the branch such as Berlin, Stephentown, and Petersburg.  Finally, with the railroad again running into financial difficulty and the route yielding negligible freight, Rutland received permission to abandon the line from Bennington to Chatham in 1953.

Following rail removal that summer the work was completed to Bennington by August 7th.  The Rutland's remaining shippers in Chatham were served via trackage rights over the B&M and B&A.