One of the Pennsylvania Railroad's best trains on its route to St. Louis was the Cincinnati Limited, which grew into the top choice for many travelers between its namesake city and New York despite competition from the New York Central, and to a lesser degree the Baltimore & Ohio.

By the postwar era this train ran with virtually all-lightweight equipment, luxurious accommodations, and offered a very fast schedule.

As ridership sank away during the 1950s the train no longer ran as a separate consist from end-point to end-point and was combined with others on the route.  However, the name survived through the Penn Central era and was not discontinued until the start of Amtrak on May 1, 1971.

The Cincinnati Limited name first appeared on PRR's timetable in 1893 as a daytime Chicago to Cincinnati service.  However, it survived only five years before being renamed as the Cincinnati Daylight Express in 1898.

The train long remembered as the Cincinnati Limited, however, entered service on May 23, 1920 as an extra-fare, all-first class operation between New York and Cincinnati.  At first it was listed as #53, running westbound only, which was later changed to #41 beginning April 25, 1926.

It gained an eastbound counterpart #40, which began service that same day by renaming what was the Metropolitan Limited.  According to the Pennsylvania Railroad Technical & Historical Society coaches first appeared on September 29, 1929. 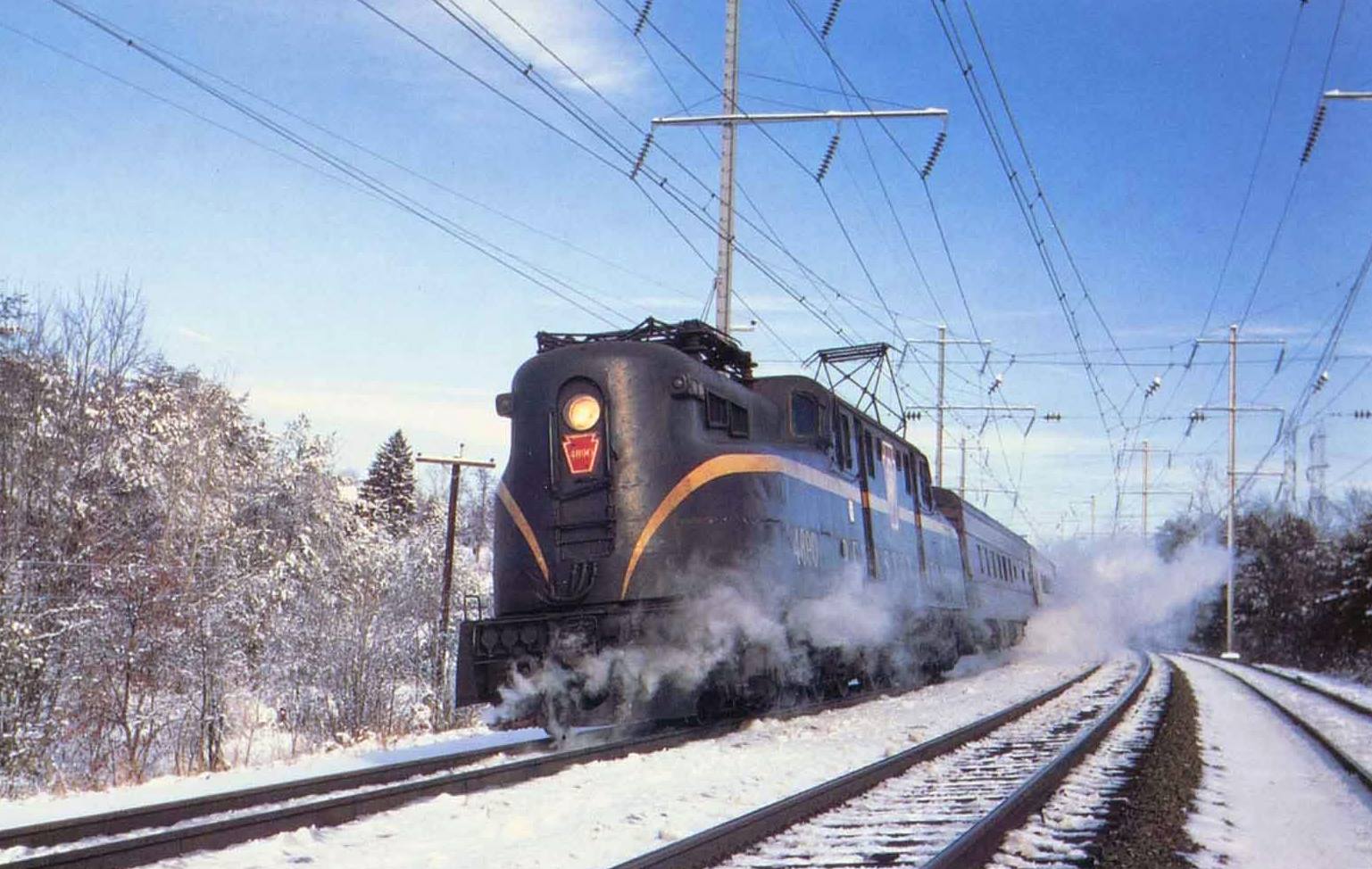 Over the next few years the Cincinnati Limited ran combined with other trains before it was permanently restored as a separate train on April 28, 1936 (by then, extra-fare service had been dropped).

A few years later the Pennsylvania entered the streamliner era and everything changed; new lightweight cars were purchased, older heavyweights rebuilt (some came out of Altoona appearing brand new), steam locomotives shrouded, and trains featuring a gorgeous livery of Tuscan Red with gold pinstriping (conceived by well-known industrial designer, Raymond Loewy, which was commissioned by the railroad for several projects over the years).

During this new age of passenger rail travel the Cincinnati Limited remained the preeminent service on the 755-mile corridor.

According to Harry Stegmaier, Jr.'s book, "Pennsylvania Railroad: Passenger Trains, Consists & Cars - 1952 Volume I," by the 1950-1951 era the PRR had equipped the train with virtually all lightweight equipment featuring:

Mr. Stegmaier goes on to note that westbound #41 also carried an additional interline sleeper, handled by the L&N, that ran as far as Memphis, Tennessee.

The Cincinnati market, however, did have its fair share of competition from both the NYC and B&O including the former's Ohio State Limited (not as luxurious and interestingly the railroad never offered any other notable trains on this corridor) and the latter ran a different routing through the National Limited and Diplomat reaching no further east than Washington.

However, the B&O's trains were so heavily patronized and offered very good accommodations (the National was one of its flagships) that the PRR did not even bother offering through Washington-sleepers on the Cincinnati Limited.

The train offered an overnight schedule in both directions (hence the number of sleepers) departing New York around dinner and arriving in the Queen City the next morning for breakfast (the PRR's timetable also included the L&N schedule to New Orleans for those continuing to travel south of Cincinnati).

Conversely, eastbound #40 left Cincinnati just after 5 PM as well and returned to New York after 8 AM the following morning.  During the early 1950s the PRR took steps to reduce the growing losses wrought by its immense passenger services.

An April, 1956 timetable notes that the Cincinnati Limited ran with a lounge, three Cincinnati-New York sleepers, the Memphis-New York through sleeper, a diner, bar-lounge-coach, and reclining seat coaches. 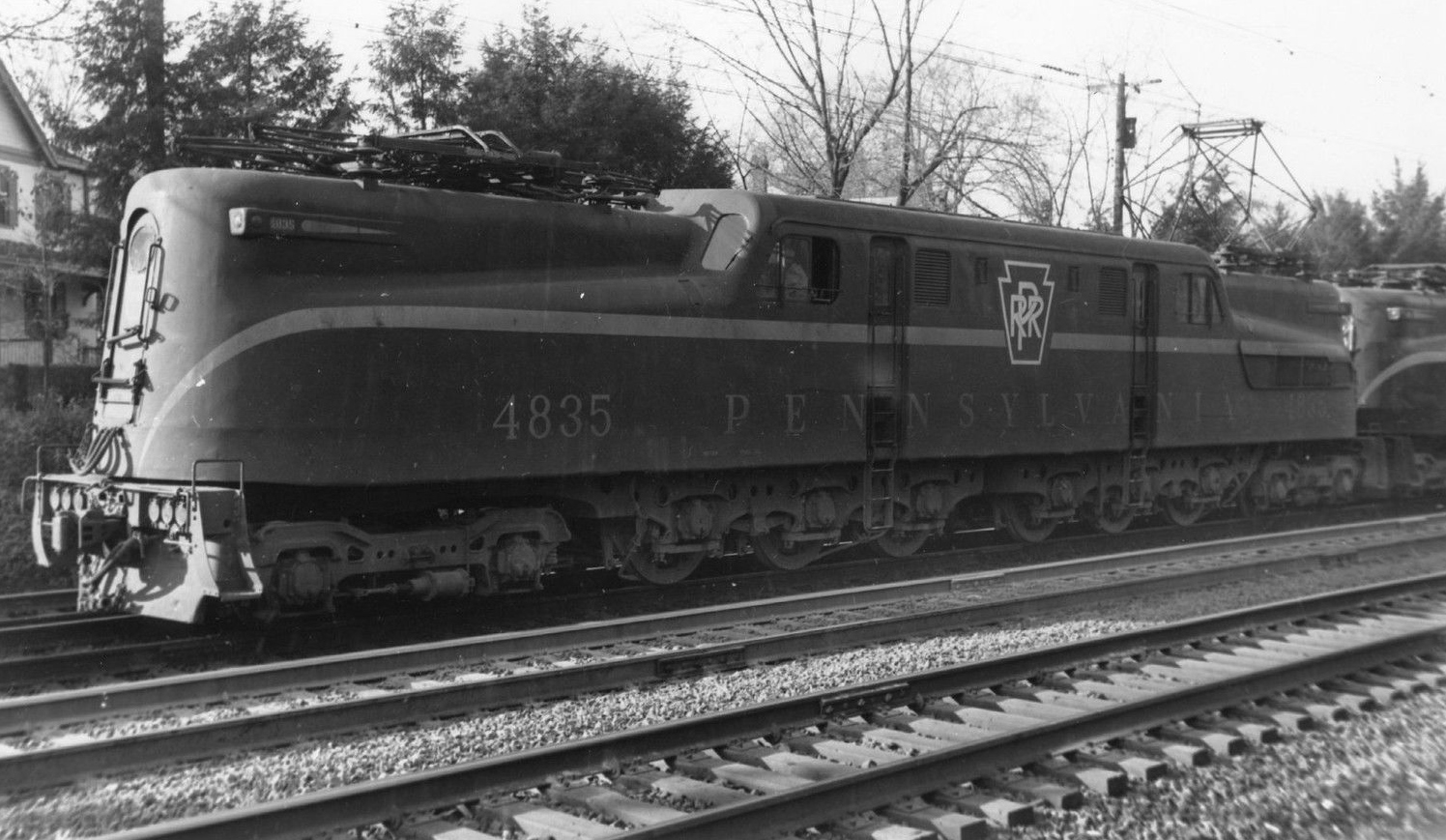 However, by the 1960s the cutbacks continued and the train became little more than a Columbus-Cincinnati only, as a section of the Spirit Of St. Louis with coaches and a sleeper.

In the process it also lost its train numbers.  During the Penn Central era the Cincinnati Limited name was only listed on the westbound Spirit's schedule (train #31).

Despite these reductions of service travelers were lucky with the Spirit; during those dying years of privately operated rail travel the train still offered what would be termed as lavish amenities including a diner and lounge service (along with reclining seat coaches and sleepers).   The Cincinnati Limited's final run, at least its name, occurred on April 30, 1971.