During the age of the steam locomotive coaling towers were an essential part of railroading as without them there was little way to effectively fuel the motive power.

The coal chute or coaling station, as it is also sometimes known, dates back to the late 1800s as steam locomotives became larger and required a larger fuel capacity.

As with steam locomotives themselves there were all different sizes of towers and they became much larger into the 20th century.

Some of the last towers ever built were from reinforced concrete and stood hundreds of feet tall.  Today, of course, the structure's purpose has long since ended.

However, several of the last towers constructed were so well built that several still stand to this day, over a half-century since they were last used! 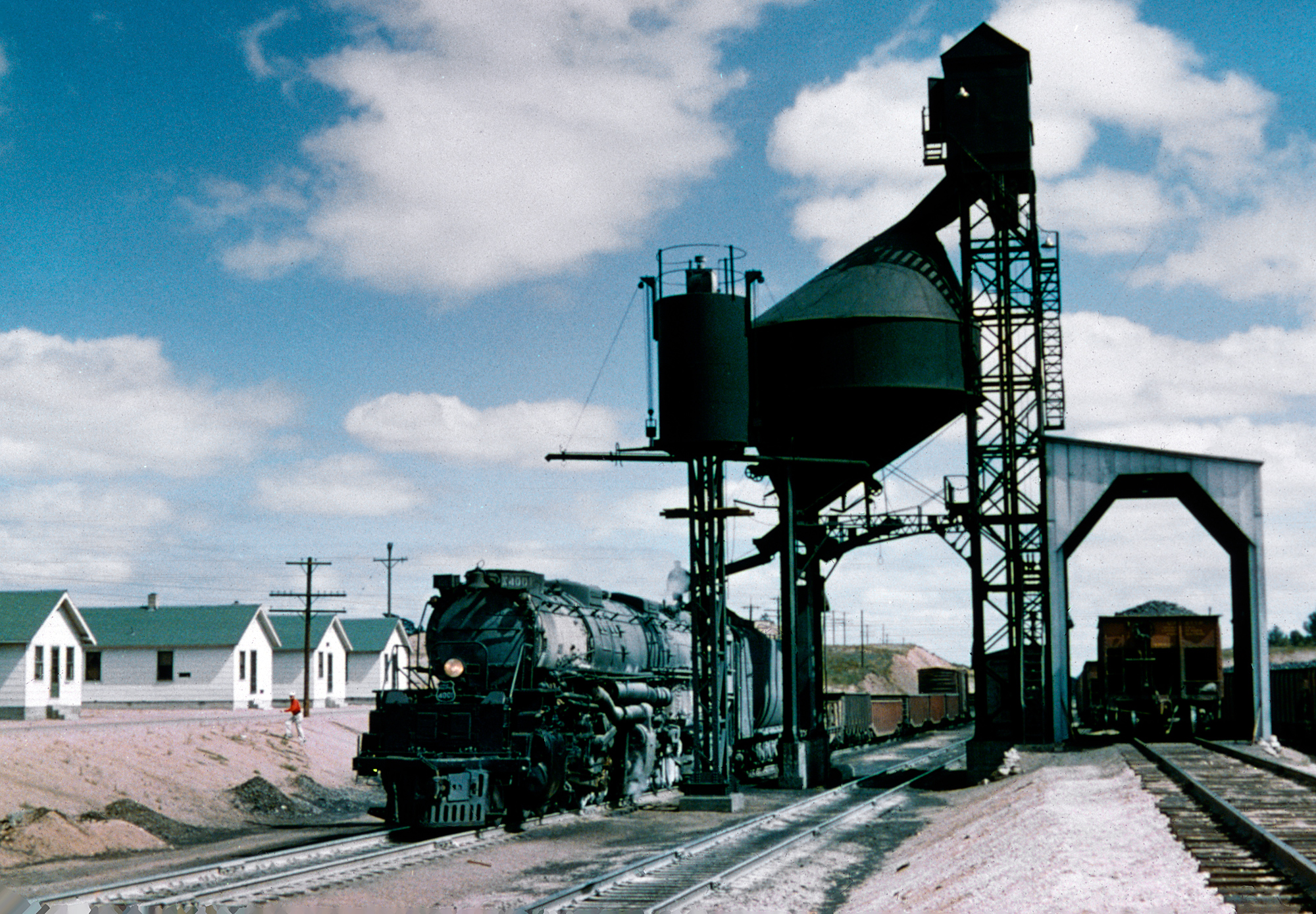 Steam Locomotives, devices that would literally drive and power the American railroad industry for its first 130+ years of existence actually has its origins in England.

Originally built by Richard Trevithick and Andrew Vivian in 1804 for the narrow gauge Penydarren tramway in Wales the contraption was first tested in America in August of 1829.

The locomotive used was named the Stourbridge Lion, which was a very simple two-axle machine with a vertical boiler, and it was employed to move coal from the mines at Carbondale to Honesdale. 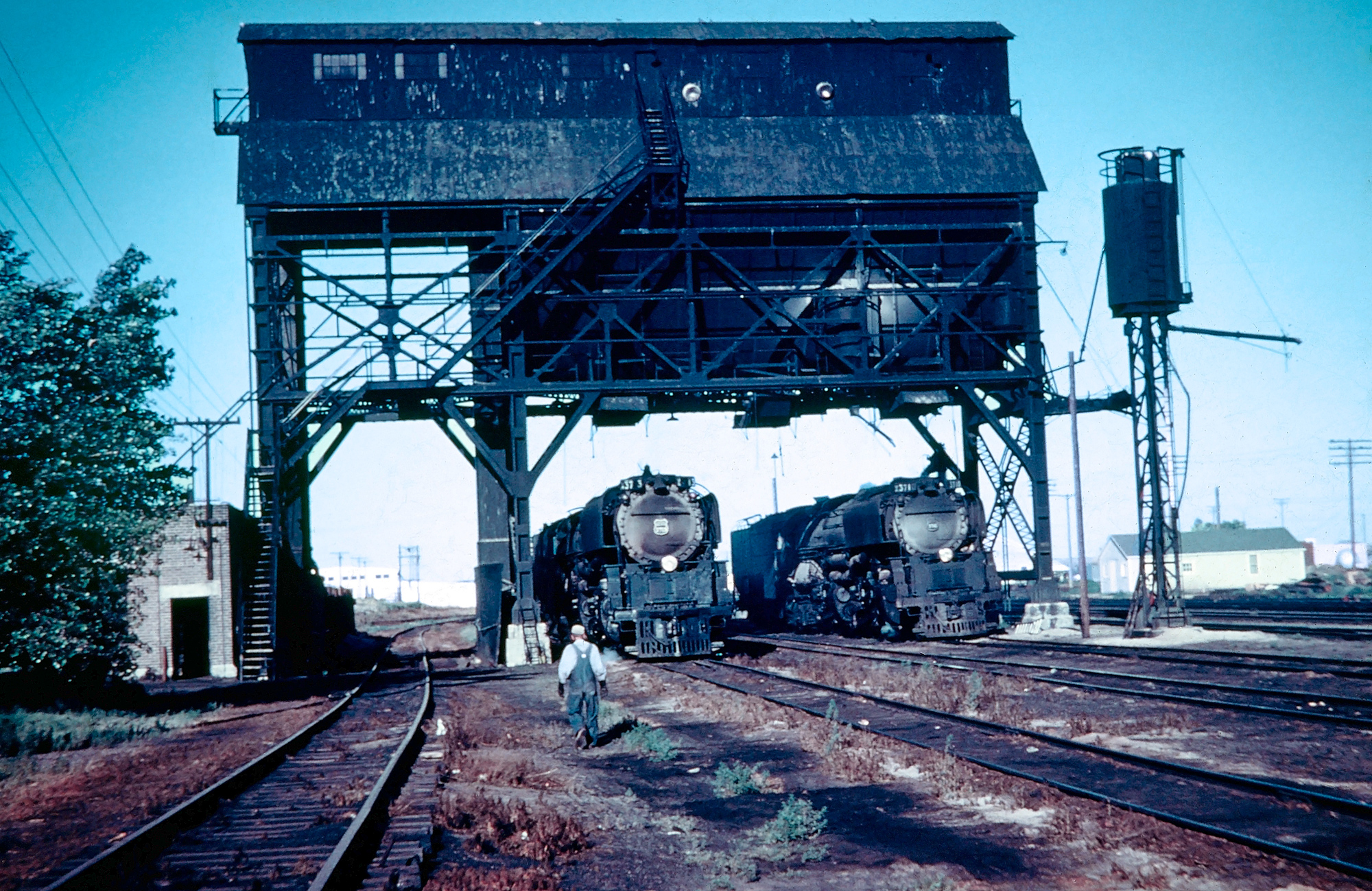 Until the 20th century virtually all steam locomotives coal as their primary fuel source (although very early locomotive designs, like 4-4-0 Americans used wood) with large tenders of water to produce the necessary steam.

The operations of steam locomotives are relatively simple, which I will try to explain just briefly. Fuel, usually either coal or oil, is fed into the firebox where the resulting hot gas enters boiler tubes, known as flues, to heat the surrounding water turning it unto steam.

From this point the steam is fed into the pistons whereby it expands and drives the steam locomotive’s rods (those massive steel shafts which are attached to the wheels) and propels it forward. 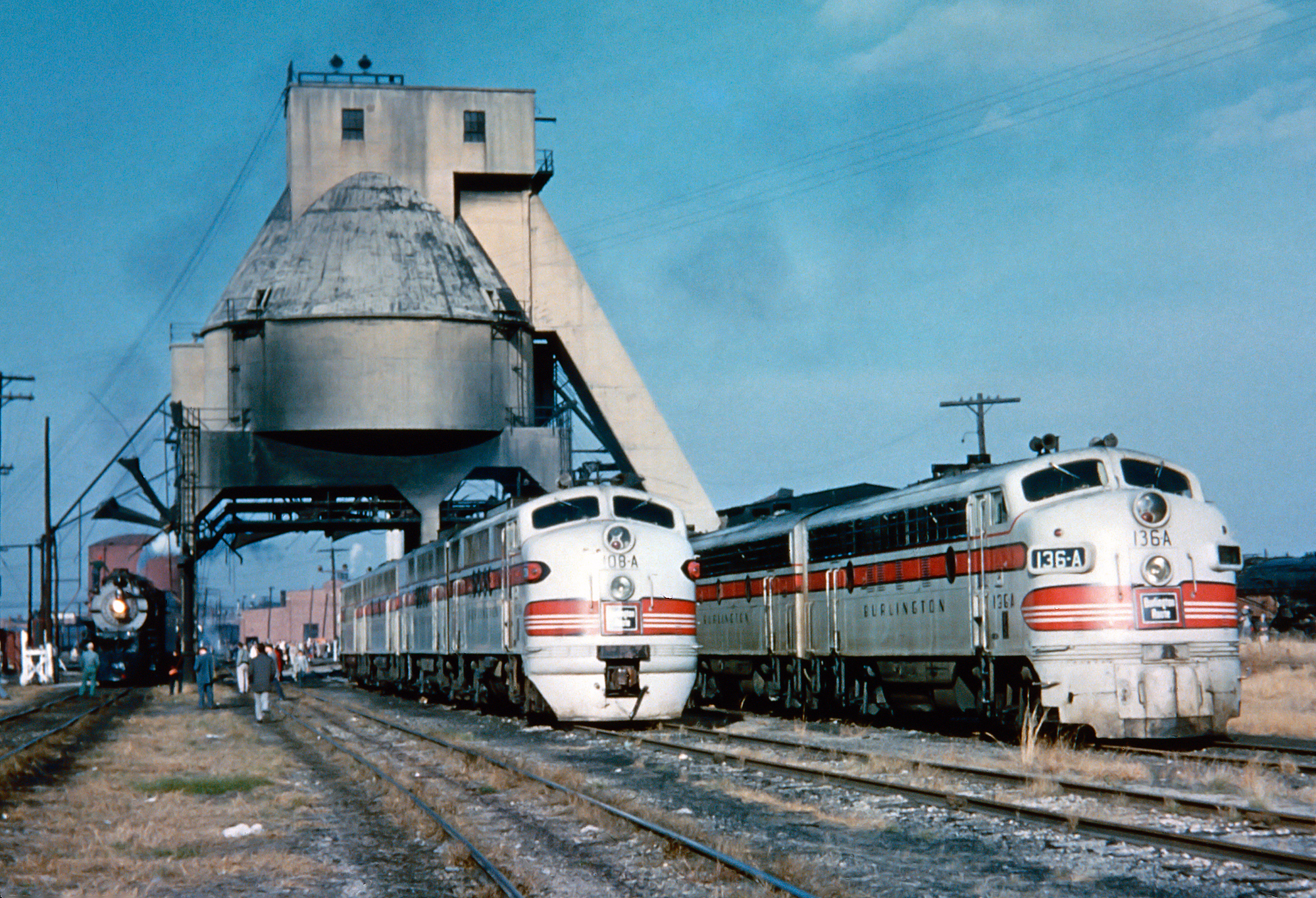 Chicago, Burlington & Quincy cab units sit near the coaling tower in Galesburg, Illinois while 4-8-4 #5632 has attracted a lot of attention at left, circa 1964. The Northern was still leading excursions at this time. The cab units include FT #108-A and an FTB (with what appears to be two F3B's trailing) at left while an F3 A-B set is at right, led by #136-A. American-Rails.com collection.

A quick note about the "modern" steam locomotive smoke stacks, most carry grating or some other type of screening to help reduce the amount of cinders (especially in the case when wood was used as fuel) which are projected into the air and can cause brush fires.

Coaling towers grew in size as needed with increasingly larger steam locomotives. Some of the first coaling towers were only a few stories tall and held less than 100 tons of coal usually also only serving one track.

However, as larger locomotives like 4-6-2 Pacifics, 2-8-4 Berkshires and 4-8-4 Northerns were introduced in the late 19th and early 20th centuries it was obviously necessary to increase the tower's size.

The workings of a coaling towers are relatively simple. They were always gravity fed with the steam locomotive sitting below or nearby (if the tower employed chutes) and an operator would feed coal into the tender until it was topped off.

To refill the towers they usually had a staging track or an area where loaded hopper cars could be unloaded and a pulley/belt driven system would pick up the coal and load the bin. 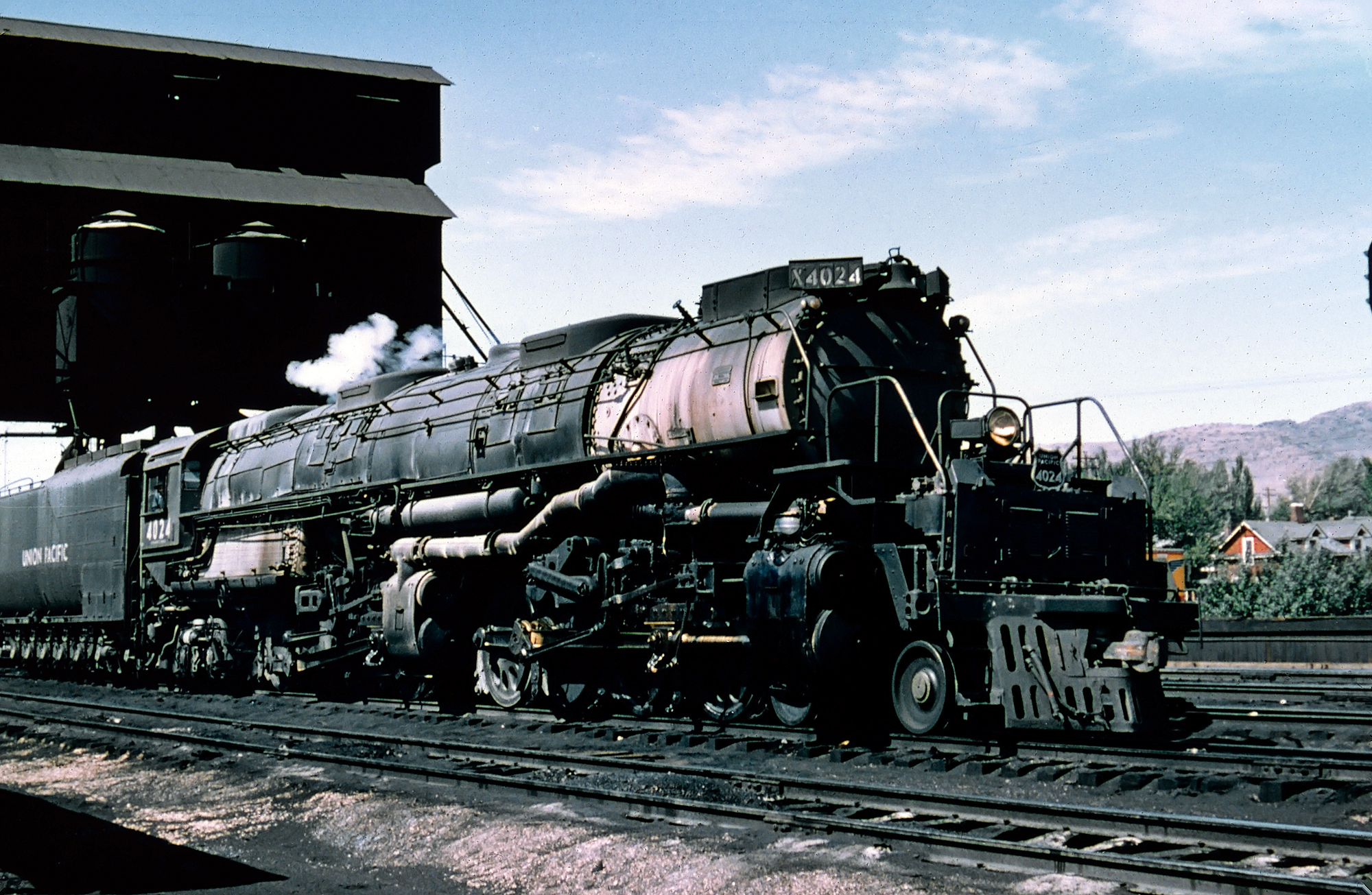 At their peak coaling towers were impressive structures standing multiple stories high and looking more like massive grain bins one might see out on the plains.

They were also built of reinforced concrete and either straddled multiple railroad tracks or used chutes to load as many locomotives at once as was possible to achieve economies of scale.

Unfortunately, these newer coaling towers were so well built that many have proven too expensive for railroads to demolish and several can still be found dotting the landscape across the country, abandoned sentinels of a bygone era of railroading.