Collis P. Huntington was one of the "Big Four" that would help build the transcontinental railroad. Like several of the now famous tycoons Huntington came from a rather modest family and upbringing and he actually did not become involved with the railroad industry until he was almost 40.

A merchant and general businessman for years, once Huntington entered the railroad industry he became highly successful. He would not only complete the Central Pacific as part of the transcontinental railroad but also helped lay the foundation of the Chesapeake & Ohio Railway and the Southern Pacific.

Quite the visionary, virtually all of the major through routes Huntington helped establish are still important arteries today under names like CSX Transportation and Union Pacific.

Collis P. Huntington was born in October, 1821 in Hartwin Township, Connecticut whose family owned a small farm. His parents always struggled to make ends meet and with the local community concluding that the eight children were not being well cared for financially Huntington and his brother Solon went to live with a neighbor. 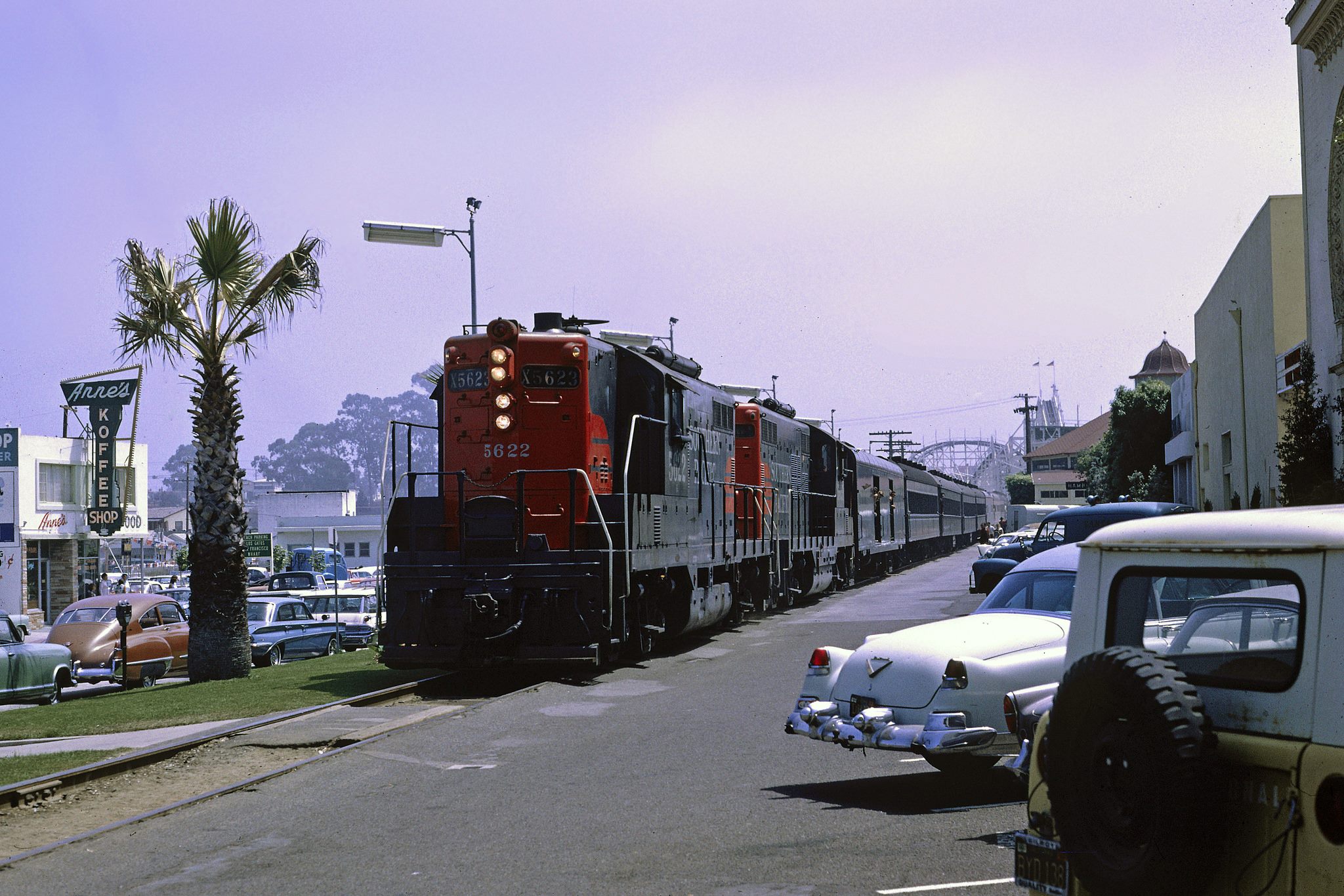 Spending so much time together in their youth would affect the brothers as in future years they would operate a number of successful business partnerships together before Collis became involved in the railroad industry.

At the age of 14 Huntington took an apprenticeship and later went to work for business owners Phineas Noble and Daniel Curtiss. Impressed with his managerial and business skills, Huntington was able to get a loan in New York via Noble's and Curtiss' letters of recommendation.

From there he setup a small horse cart merchant stand at only the age of 16.  In 1842 Huntington went to work for his brother's store in Oneonta, New York and two years later they established a partnership.  Huntington's early business ventures were successful although only modestly and nothing which resulted in phenomenal wealth. That all began to change, however, with the California Gold Rush of 1849.

Still partnered with his brother it was decided that Huntington would travel to California and attempt to cash in on the gold fever hitting the state by setting up another mercantile business there. In August 1849 he arrived in San Francisco and headed south to Sacramento.

Attempting to do business in the far west during the mid-19th century was an adventure to say the least. However, Huntington prevailed and added additional business partners Dan Hammond and Edward Schultz.  It was the presidential election of 1855 where Huntington became interested in the railroad industry.

Talk of forming a transcontinental line was forming and supported by republican nominee John Charles Fremont. While Huntington and supported Fremont he would not achieve the nomination. However, public support was rapidly growing for railroads, particularly in the west where there were few. 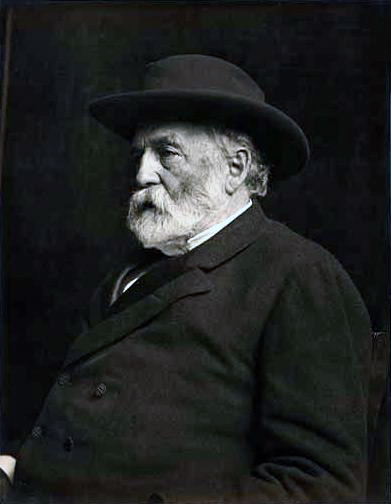 Sacramento gained its first railroad in 1856 and with Abraham Lincoln winning the presidential nomination of 1860 the Central Pacific Railroad, established in 1861, ratified the Pacific Railroad Act of 1862 to work in completing the country's first Transcontinental Railroad.

The other railroad to be born through this act was the Union Pacific and together they would come to build the transcontinental railroad. It was Huntington, Leland Stanford, Mark Hopkins, Theodore Judah, and Charles Crocker who agreed to mutually help finance the CP although Judah was bought out by what would become the "Big Four" (Crocker, Stanford, Hopkins, and Huntington).

While building the CP turned out to take much longer and cost much more than originally envisioned it was completed on May 10, 1869 at Promontory, Utah and linking with the Union Pacific system.

Four years prior to this milestone the Southern Pacific had been established to connect San Francisco and San Diego, California. In September 1868, Collis P. Huntington and the rest of the "Big Four" bought out the original founders of the SP and would combine the operations of the Central Pacific by 1870. 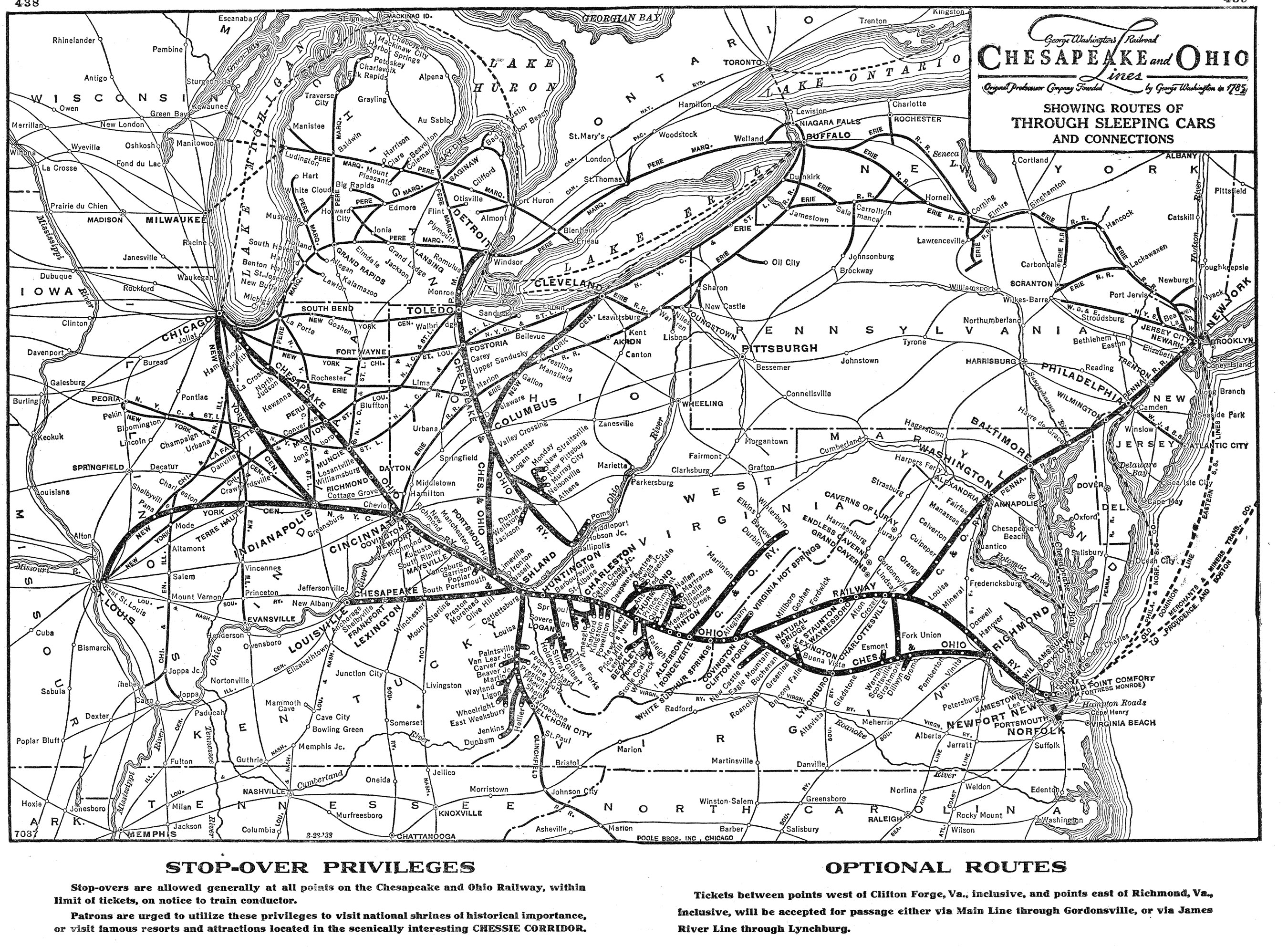 By the late 1870s the railroad was sprawling out across Southern California and served the state's largest markets including its line through the Southwest, which reached El Paso, Texas by the early 1880s. Throughout the rest of the 19th century the Espee continued to spread throughout the West and Southwest, reaching northern Oregon and serving most of that state's largest cities by the late 1880s.

By the 20th century the railroad continued to expand and was by this time well entrenched into the Southeastern markets of New Orleans and the Gulf Coast (it also leased the CP in the 1920s, eventually merging the railroad into its system with its main line becoming the Overland Route).

Huntington's interest in southern Virginia as having the potential to becoming a major port dates all of the back to his teenage at 16. He had visited what was then Newport News Point during his traveling salesman days and recognized the strategic value of the James River emptying into the lower Chesapeake Bay. 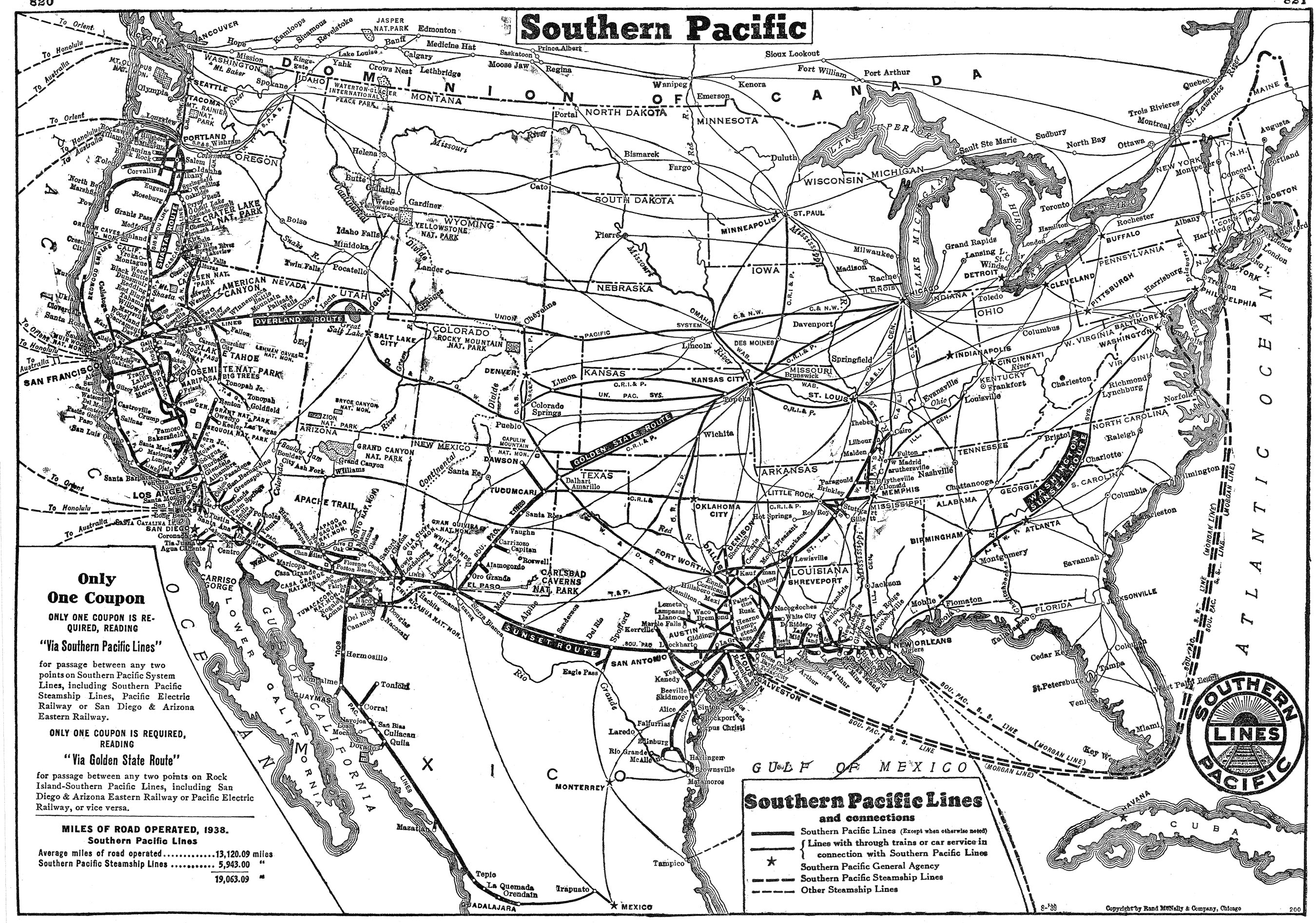 In 1869 he was convinced by Chesapeake & Ohio  president Williams Wickham to take over construction and operation of the railroad. The Chesapeake and Ohio Railway had its beginnings in the mid-1830s when the Louisa Railroad was chartered to connect Virginia's larger cities.

In 1850 the company was renamed the Virginia Central because it operated through much of the state's central regions, west and north of Richmond.

By 1867 the railroad was again reorganized, this time as the Chesapeake & Ohio Railroad when Virginia Central management decided to push the railroad to the Ohio River, eventually reaching Huntington, West Virginia during the winter of 1873 after building a main line through the Alleghenies and the tight confines of the Kanawha River valley.

It was Huntington who saw the growth of Newport News, Hampton Roads, and Norfolk as a major port in the late 19th century originally founded the Newport News Shipbuilding and Drydock Company there.

He also established Huntington, West Virginia in 1871 as a base of operations for the C&O establishing the Ensign Manufacturing Company there a year later. Huntington became a major terminal along the C&O, all of the way through the 20th century and today still remains so on successor CSX's system.

Collis P. Huntington died at the age of 79 in August, 1900 but before his death he helped most of the C&O's original network, such as its extensive reach into West Virginia's southern coal fields.

According to the book, "Civil War America: 1850 To 1875" by Richard F. Selcer, Huntington's net worth was $50 million at the time of his death (not adjusted for inflation) and he had considerable landholdings.  Huntington was also somewhat charitable, giving the Metropolitan Museum of Art his massive art collection and also donated his Fifth Avenue mansion to Yale University.