Colorado And Southern Railway, "The Short Route Between The Northwest And Southwest"

The Colorado and Southern Railway is one of the West's most fabled lines even though it spent much of its existence as a subsidiary of the much larger Chicago, Burlington & Quincy system.  However, it has a very complicated and interesting background.

The C&S began as a means to reorganize and takeover a number of bankrupt operations which radiated west, north, and south of Denver, much of which was originally controlled by the Union Pacific.

The C&S instantly became a rather sizable Class I  once it gained control of the the UP's interests and later the Fort Worth & Denver City, which connected most of Texas' largest cities.

While most of the C&S's narrow-gauge operations have long since been abandoned many of its through routes, especially across Colorado and into Texas remain in operation under successor and Class I, BNSF Railway, today. 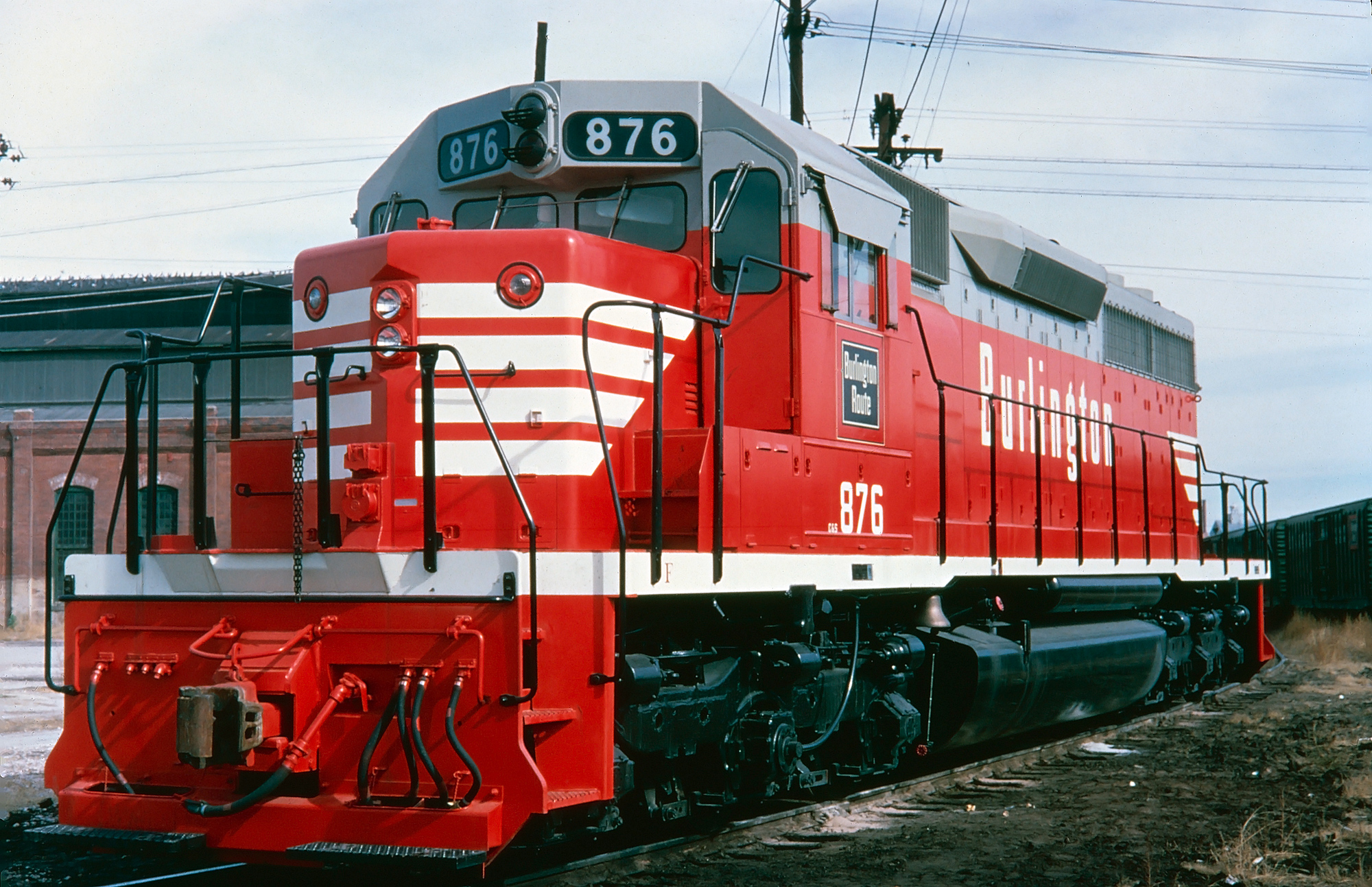 The C&S was officially incorporated on December 19, 1898 as a means to bring stability to several bankrupt railroads in the region. The C&S's earliest predecessor was the Colorado & Clear Creek Railroad, which was chartered on February 9, 1865 as a narrow-gauge mining railroad.

This company went through a few name changes before becoming the Colorado Central Railway in January, 1868. Winding through the rugged Rocky Mountains west of Denver the railroad finally reached Georgetown in August, 1877.

The railroad reached its final length in 1884 when it chartered the Georgetown, Breckenridge & Leadville Railway to stretch west of Georgetown and the small mining town of Graymont. 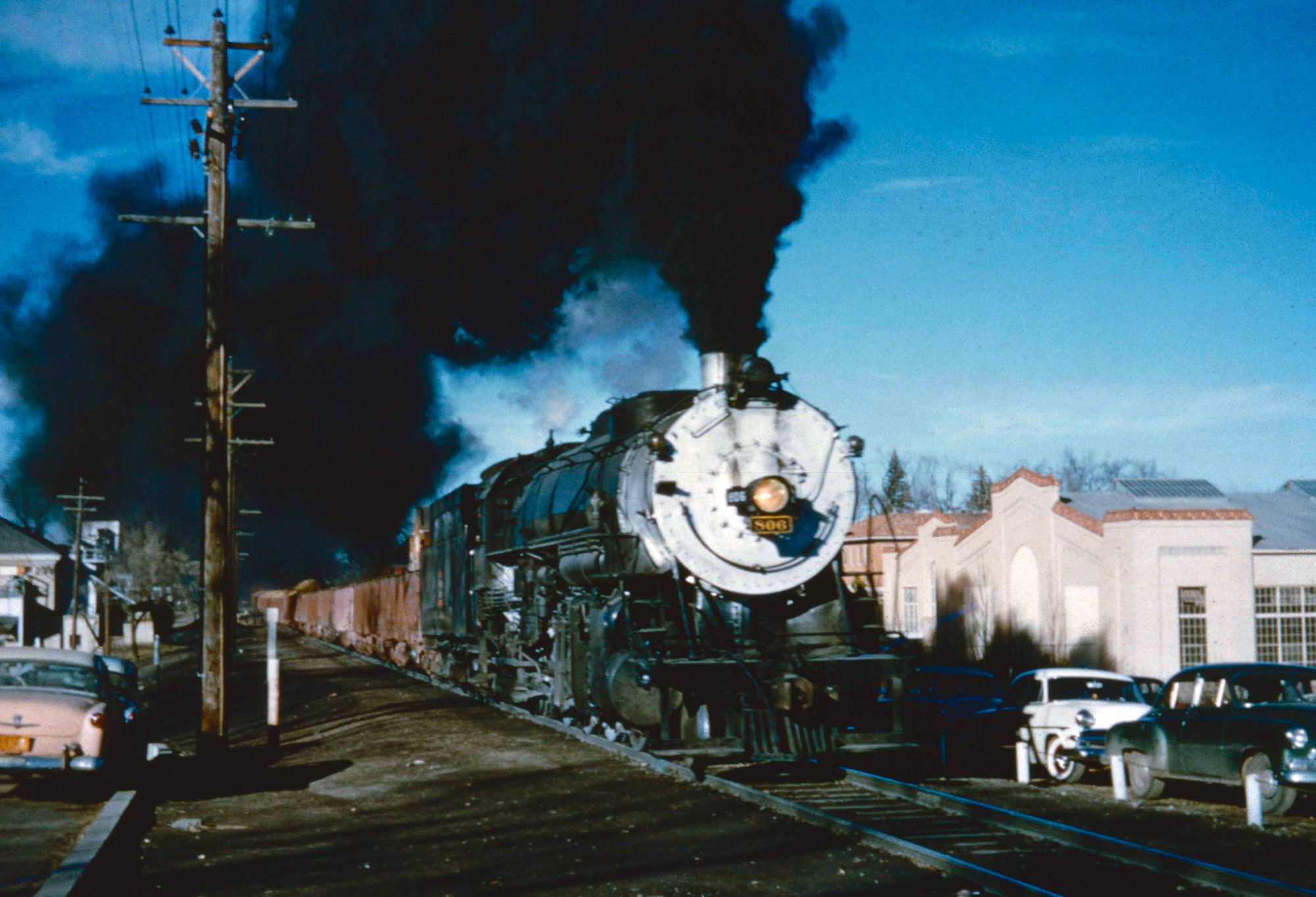 The other initial component of the C&S was the Cheyenne & Northern Railway, chartered in 1886 and which became a property of the Union Pacific after it completed its initial 125-mile main line between Cheyenne and Wendover, Wyoming. After UP took over the line in 1887 it continued it northward to Orin Junction.

Four years later in 1891 the UP created the Union Pacific, Denver & Gulf Railway to combine several railroads it controlled including the Cheyenne & Northern; Colorado Central, and Denver, Texas & Gulf; Denver, Texas & Fort Worth; and Fort Worth & Denver City. 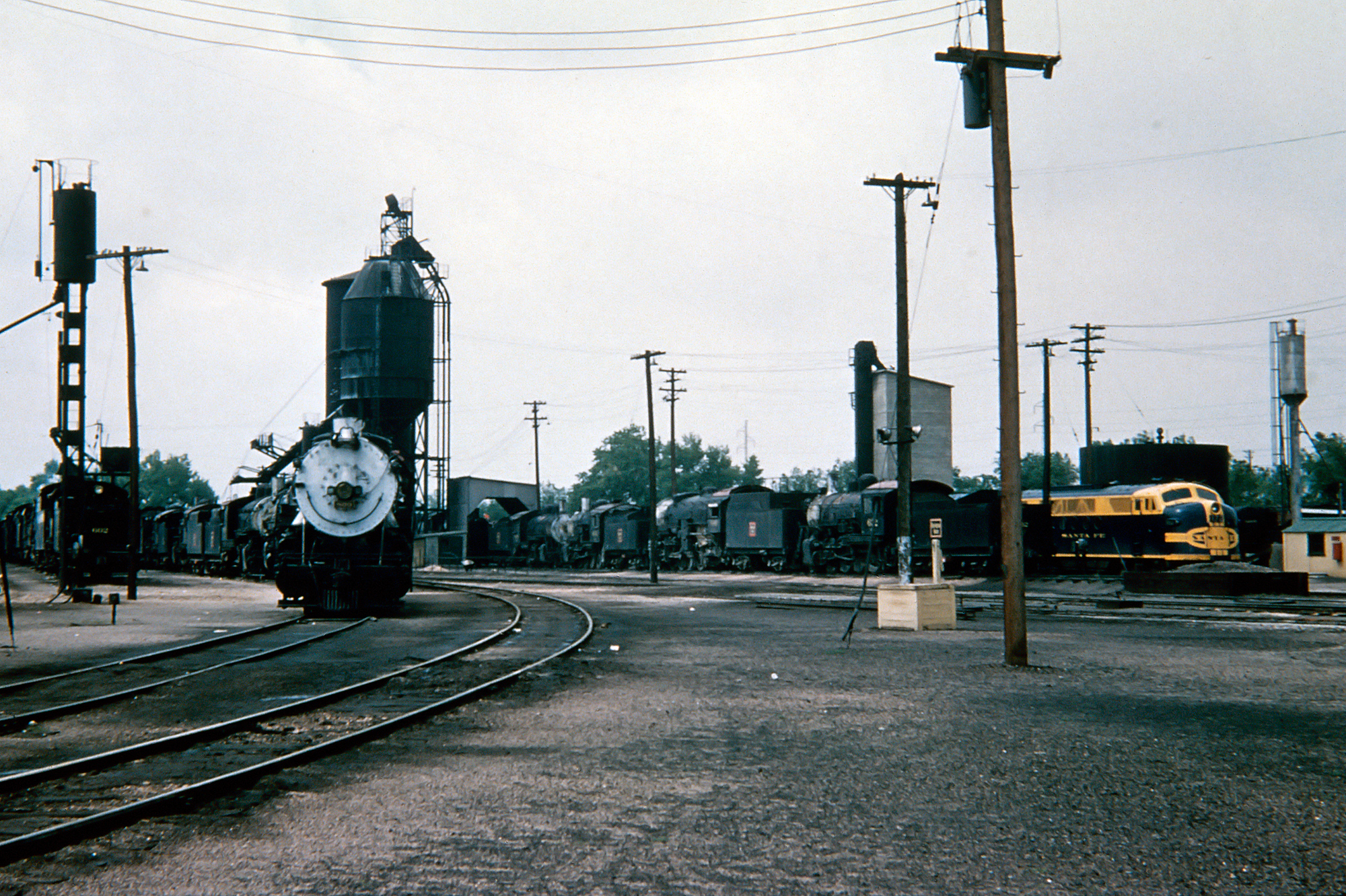 A myriad of Colorado & Southern steam locomotives, some of which appear to be in storage, are seen here at the railroad's Rice Yard in Denver, Colorado circa 1950. Also note Santa Fe FTA #172 at right. The AT&SF shared this facility with the C&S. American-Rails.com collection.

The latter three companies mentioned above operated in southern Colorado and through most of Texas. The Denver, Texas & Gulf had been incorporated on March 18, 1886 to takeover the bankrupt operation of the Denver & New Orleans Railroad, which had constructed a 125-mile line between Denver and Pueblo.

The DT&FW gained controlled of both the FW&DC and DT&G and all three were operated as a single system.  The Colorado and Southern Railway came about because of the bankruptcy of the Union Pacific on October 13, 1893.

Due to the UP's receivership it was forced to divest itself of its ownership of the Union Pacific, Denver & Gulf Railway; a rather large system for its day, it spanned from Dallas, Texas to Orin Junction, Wyoming connecting cities like Denver, Pueblo, Cheyenne, Amarillo and others along the way. 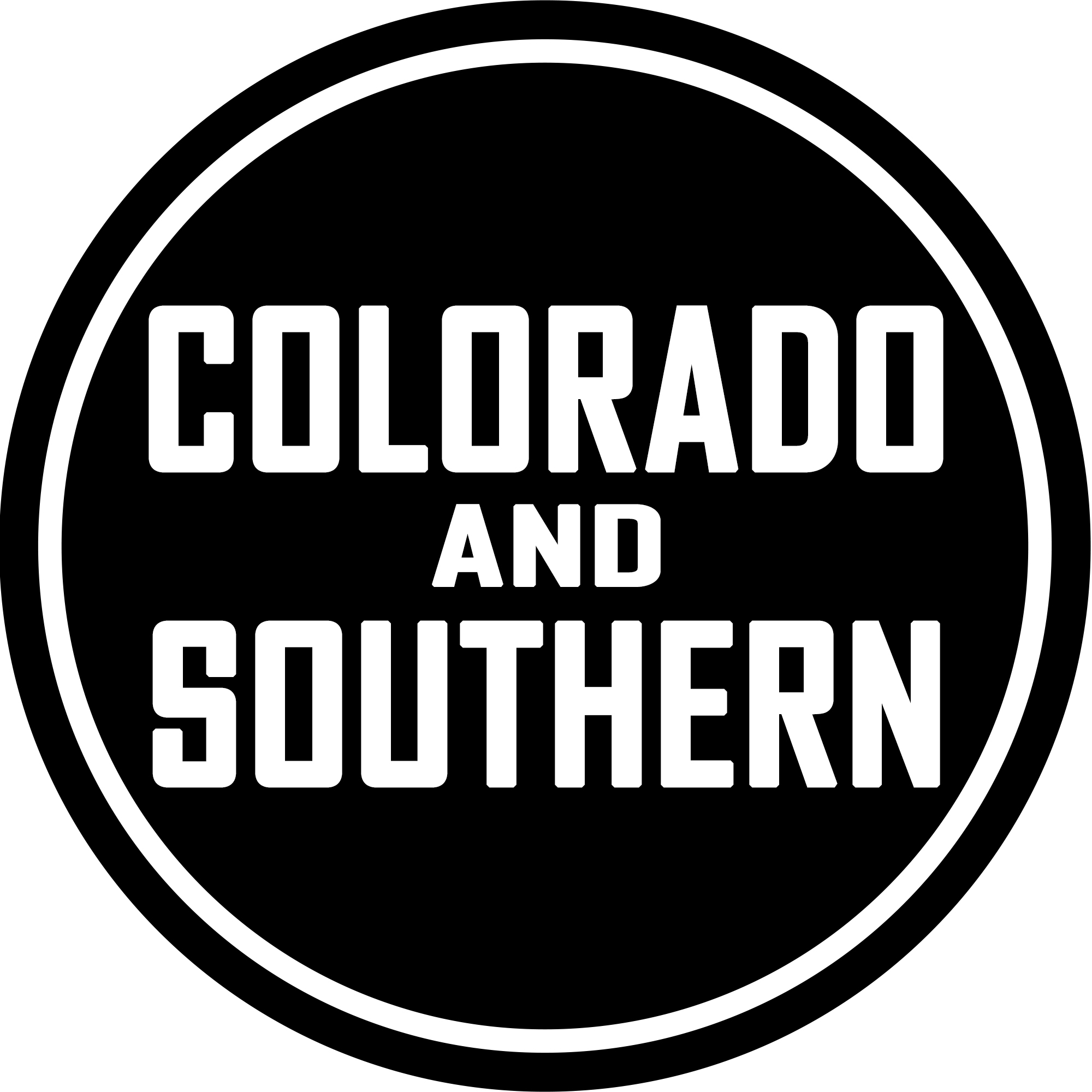 Officially, the C&S was born on December 19, 1898 to take over not only the Union Pacific, Denver & Gulf Railway but also the narrow-gauge operations it held (all mentioned above and including the Denver, Leadville & Gunnison Railway, which operated the former lines of the famed Denver, South Park & Pacific Railway).

In all, these narrow-gauge lines connected many of Colorado's mining towns like Georgetown, Silver Plume, Climax, Leadville, Golden and Gunnison.  The final, but short-lived component of the original C&S was the Colorado Springs & Cripple Creek District Railway, which connected its namesake cities, along with the town of Victor.

The CS&CCD was a standard-gauge operation but like the narrow-gauge lines to north its primary function was to serve the region's mining interests.

It only remained a part of the C&S from 1904 through 1911 before leasing the line to the Florence & Cripple Creek Railway. The CS&CCD operated for just nine more years before abandoning operations in 1920.

The C&S itself operated for only ten years as a independent company before being purchased by the Chicago, Burlington & Quincy in 1908 hoping to tap the large cities and markets the C&S served.

For the Colorado & Southern's part it remained a separate entity from the CB&Q and operated independently, partly due to the fact that Texas law required such and that all railroads operating within its borders be headquartered within the state.

Most of the C&S's growth after CB&Q ownership took place along its Texas lines operated by the Fort Worth & Denver City. The FW&DC continued to build or takeover railroads in Texas all of the way through the 1930s with the financial backing of the CB&Q.

It leased several railroads including: 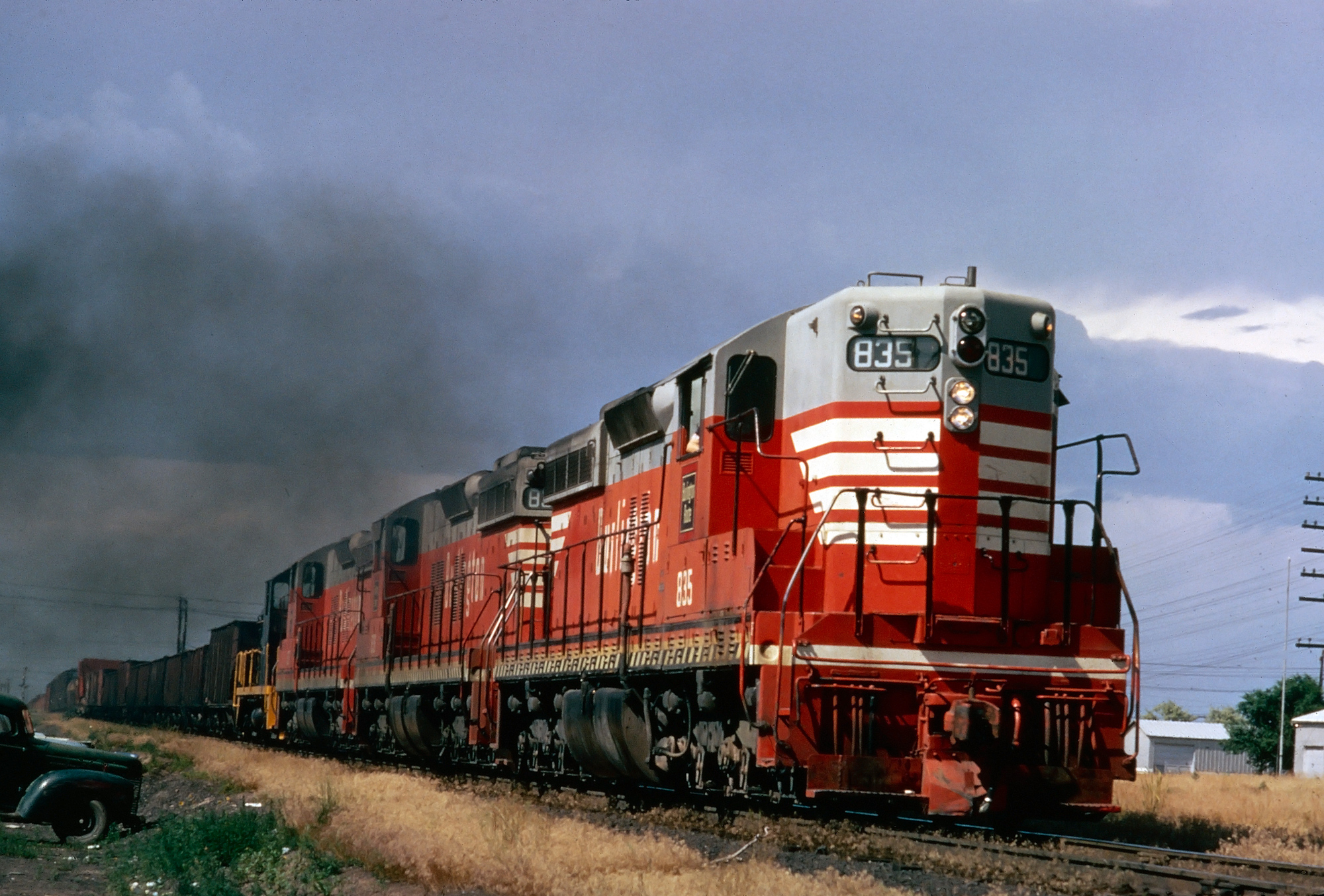 Burlington SD9's (and an unidentified unit) somewhere along the Colorado & Southern during the 1960s. American-Rails.com collection.

The final component of the now quite large Colorado and Southern Railway system was the Burlington-Rock Island Railroad.

The B-RI came about due to the reorganization of the Trinity & Brazos Valley Railway (better known as the "Boll Weevil") and was 50% owned by the Fort Worth & Denver City and the Chicago, Rock Island & Pacific (Rock Island). 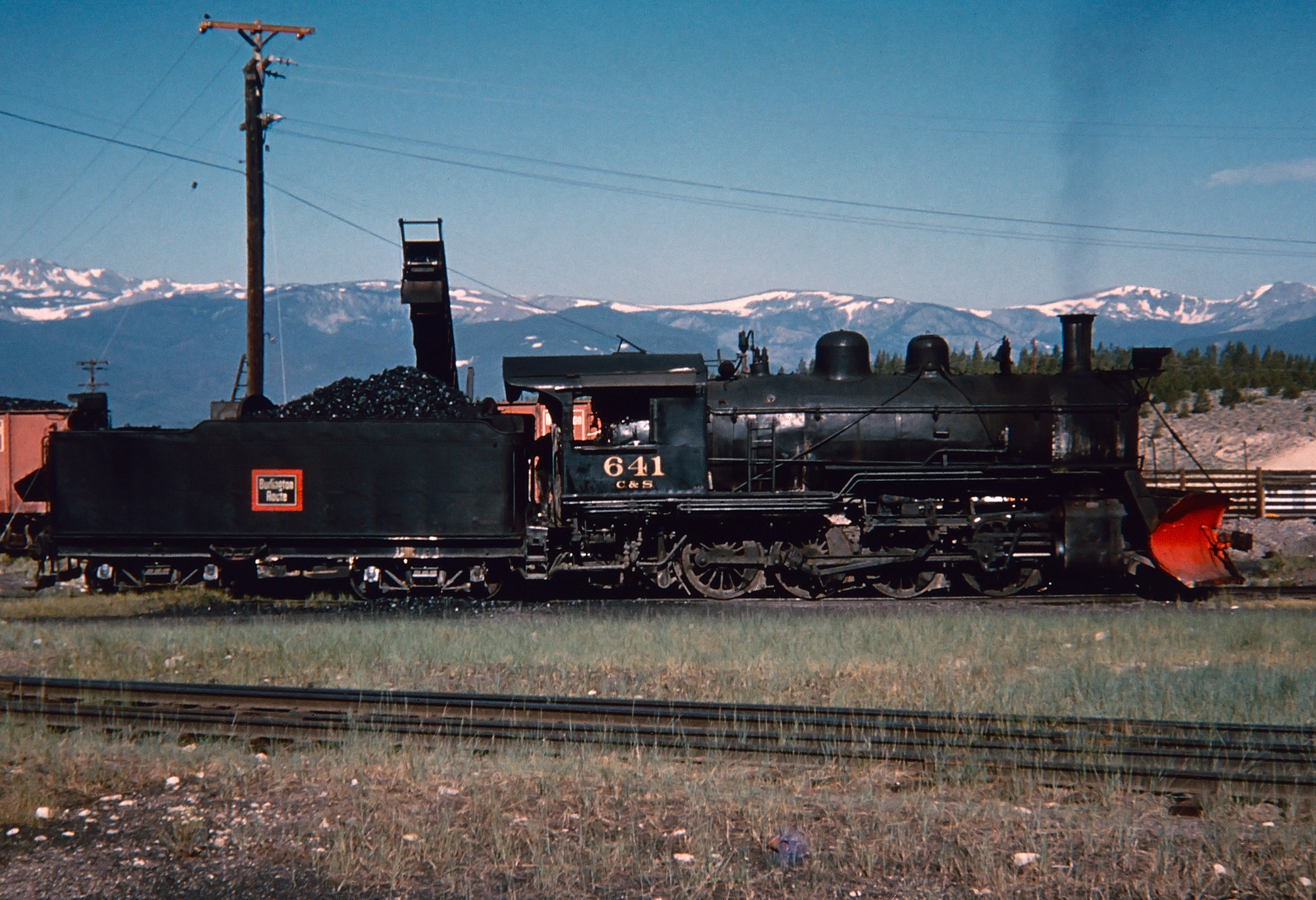 The route extended southward from Dallas to Houston and Galveston, and while the FW&DC did not have direct rail access between Forth Worth and Dallas it gained trackage rights via the Rock Island.

The Burlington-Rock Island fell into receivership in 1964 with its parent companies picking up the line and continuing to operate it, continuing the 50% interest partnership. However, with the CRI&P's bankruptcy in 1980 the line reverted solely to then Burlington Northern ownership. 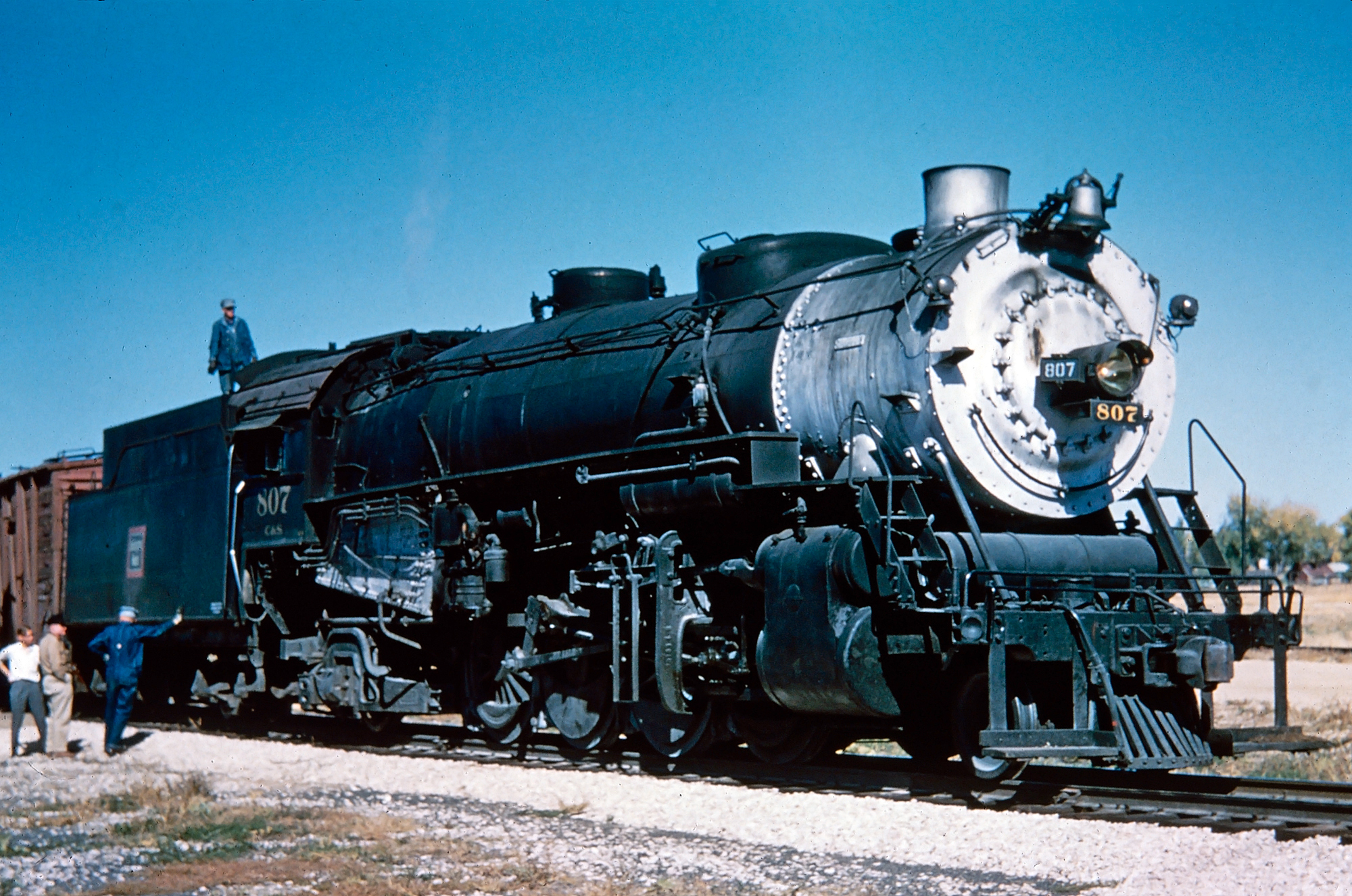 Obviously, by the diesel era the C&S was a wholly owned subsidiary of the Burlington, who simply sublettered locomotives as the C&S.  Still, for posterity and reference purposes, these units are included here. 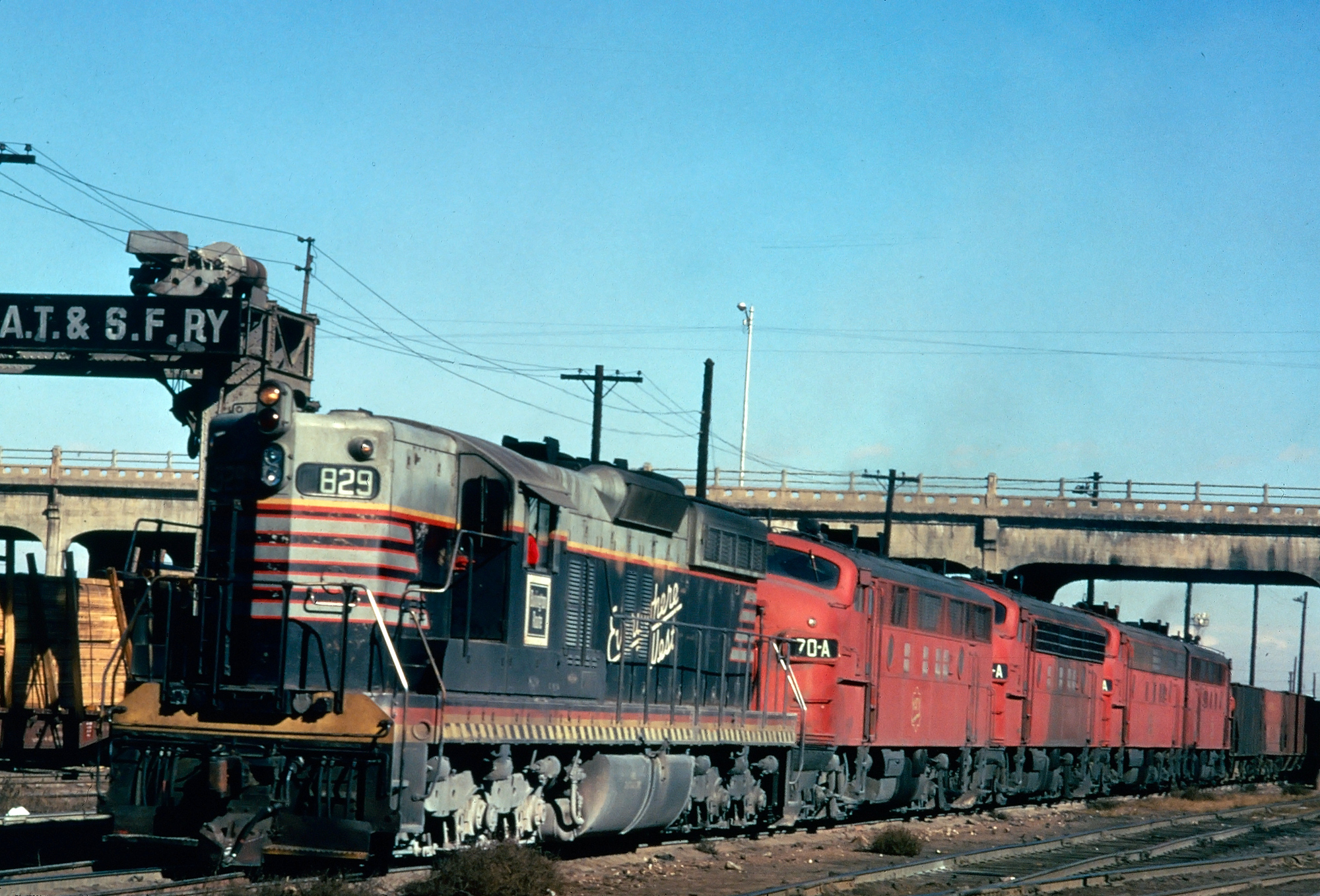 Colorado & Southern SD9 #829, and a trio of "F" units on lease from the Missouri-Kansas-Texas (Katy), are seen here at work in Denver, circa 1969. American-Rails.com collection.

Due to the narrow-gauge operations becoming less and less profitable the railroad slowly sold off or abandoned the network piecemeal until the final leg, still in operation to Golden, Colorado, was converted to standard gauge in 1943.

Today this section is still operated to serve the Coors Brewery located there although virtually all of the rest of the C&S's once vast narrow-gauge operations are but a memory.

The lone exception is a small, 4.5-mile section of the line around Georgetown which today operates as the Georgetown Loop Railroad during the summer months of the year.

The C&S remained an independent operation through the first eight decades of the 20th century before it was finally merged into the Burlington Northern on December 31, 1981. Ironically, the C&S's subsidiary, the Fort Worth & Denver remained on the books for two more years before being folded into BN on December 31, 1982.

Today, much of the original Colorado and Southern Railway main line through Texas, New Mexico, Colorado, and Wyoming remains in operation by successor and Class I BNSF Railway.