As the name implies, combines were two types of cars situated under one roof.  It became a somewhat standard part of passenger consists relatively early in the railroad industry's history due to its added efficiency by removing one car from the train.

The most common type of combine was usually the coach-baggage that could house both passengers on one end and their luggage on the other although there were various types.

The car typically saw service service on small, unnamed trains and/or on light branch lines which were lightly populated and not heavily traveled, particularly in the later years of passenger rail travel when patronage was in severe decline.

The combine car's genesis began with the baggage car.  As John H. White, Jr. notes notes in his book, "The American Railroad Passenger Car" (Part 2), executives viewed baggage service as an necessary evil; it brought no additional revenue (aside from a small fee) but was nevertheless a mandatory aspect of passenger service. 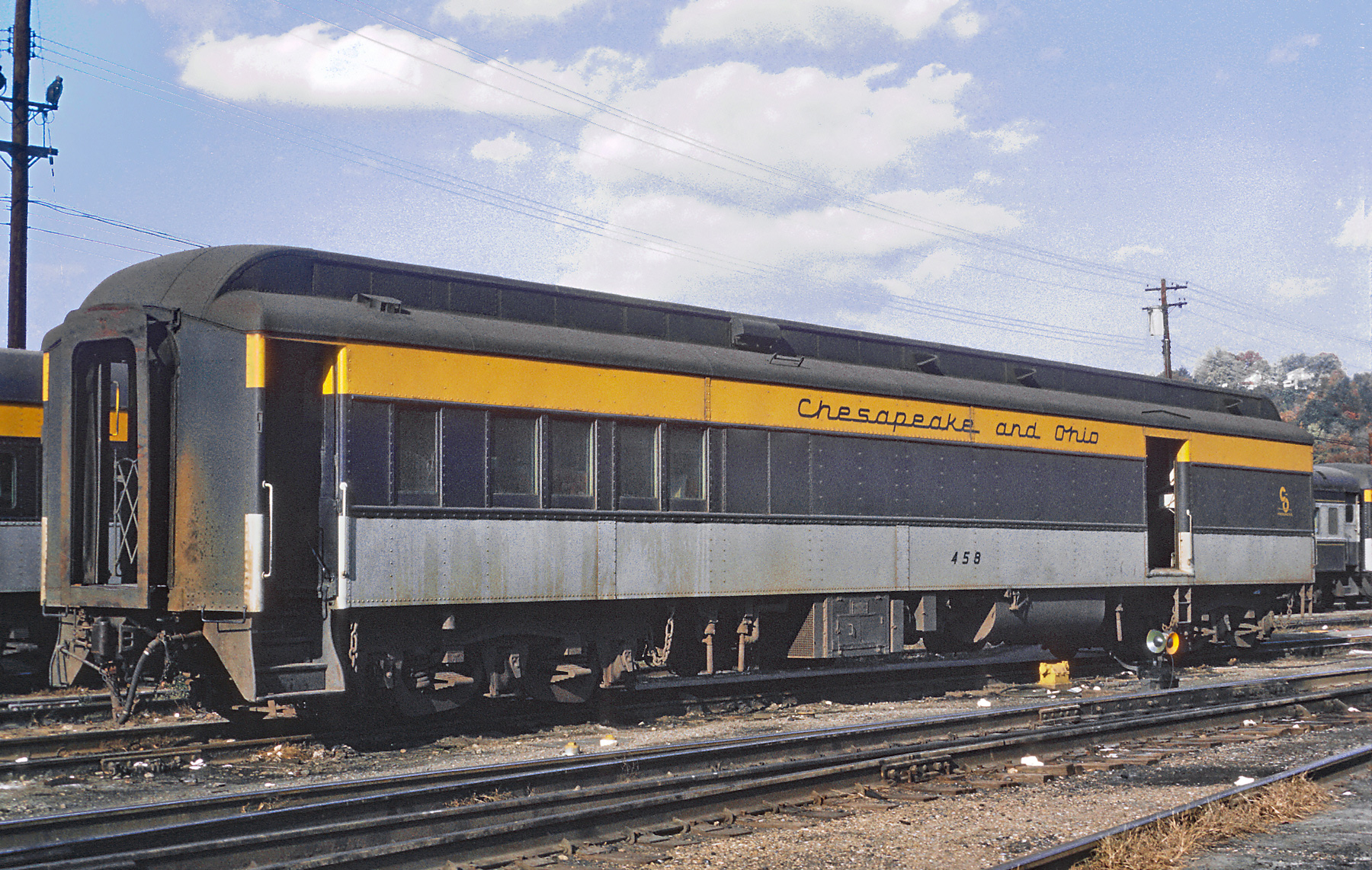 Chesapeake & Ohio heavyweight combine #458, is seen here tied down in Clifton Forge, Virginia on October 6, 1969. The car was being used on the C&O's mixed train on the Hot Springs Branch, an old resort community. How passenger service survived so long on this out-of-the-way line is rather incredible. Roger Puta photo.

It is unknown when the first stand-alone baggage car was put into service.  However, its earliest known reference dates back to 1833.

The term baggage car first appeared in the American Railroad Journal on January 19, 1833 when a fire destroyed a New Castle & Frenchtown Railroad (Delaware's first railroad) baggage car and its cargo, which included $60,000 in greenbacks.

The conveyance of baggage on the tops of passenger-cars has been attended with so much labor and inconvenience in loading, unloading and shifting the baggage at so great a height, added to the manifest injury done the cars in the hurry and bustle of these operations, that the necessity of some improvement on the present plan is obviously indispensable.

It is proposed to construct some cars and tenders to the passenger-cars for the exclusive purpose of carrying baggage and in constructing them to make two distinct apartments, one for the baggage going to the ultimate point of destination, which will remain undisturbed for the whole trip, the other for the accommodation of way passengers.

This description could arguably describe an early combine.  As Mr. White goes on to note, the combine was not a singular car type but actually described any car that included duel roles such as:


Generally, the term described the car in its head-end configuration carrying a mix of passengers and baggage or baggage and mail/express.

The industry's name wasn't even universal as it the car was described as a either a combined, combination, or composite.

Today, the combine has mostly been relegated to the history books as Amtrak stopped using it years ago although numerous examples, some quite old, have been preserved.

Combine cars began to appear on passenger trains not long after the common coach car appeared in the mid-19th century.

The traditional combine was, of course, the coach-baggage which featured the baggage compartment at the front of the car while the back section featured coach seating for passengers. 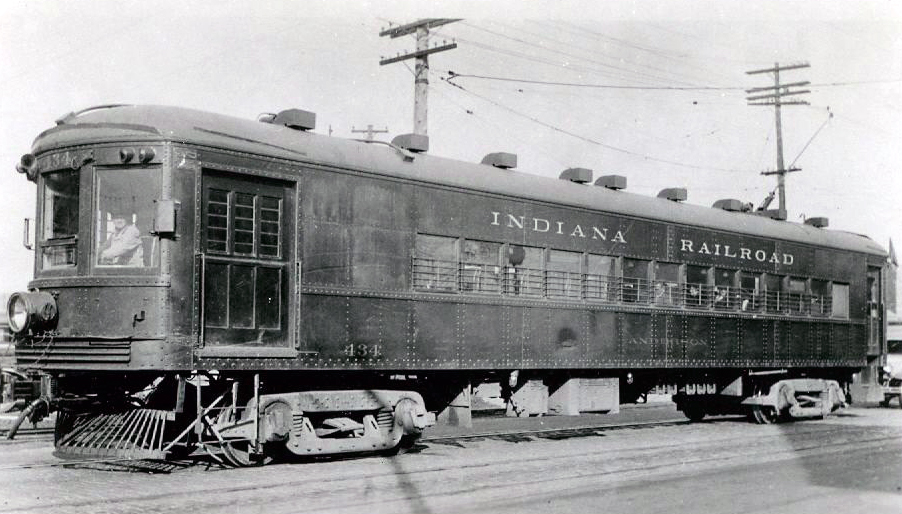 Not all combines were rail cars, as seen here in Indiana Railroad motorized car #434. The IR grew into one of the largest interurbans of all time comprising about 600 miles across its home state. Operations were suspended in 1941.

Baggage cars were a staple of passenger train consists nearly from the beginning and became common by the second-half of the 19th century (around the same time the classic coach was introduced featuring a center-aisle and seating to either side).

Because the car was always situated at the front of the train the railroads termed it head-end equipment, which also included the locomotives and other non-passenger consists like the RPO (Railway Post Office), which carried  the mail.

Combine cars also operated as coach-RPOs with the mail section, again, forward of where the passengers were located.

Finally, combine cars also operated as baggage-dormitories (or baggage-dorms). Aside from storing baggage (in the front section) these cars also featured one or two dozen bunks as well as showers and lavatories.

These combines usually operated on long distance trains like the Super Chief, City of Los Angeles, or Empire Builder entire purpose of the car was to provide rest and refreshment areas for the on board crew (chefs, car attendants, etc.).

With the creation of Amtrak in 1971 the need for combine cars greatly diminished, particularly after the carrier began receiving its large order of bi-level, Superliner cars, which featured both baggage storage and dormitory areas.

However, for a few years the baggage-dormitory combine cars remained in use on Amtrak's eastern lines because of the tight tunnel clearances found in the Appalachians and Northeastern mountainous regions.

With the arrival of the Viewliner sleeping cars in 1996 these retrofitted baggage-dorms were no longer and finally retired from the railroad altogether.