The New York, New Haven, & Hartford Railroad, which is commonly referred to as simply the New Haven, is often not widely thought of for operating streamliners.

However, in the mid-1930s it did purchase a novel articulated trainset that made headlines, was reasonably successful, very fast, and quite reliable; the Comet.

This little train was the product of the Goodyear-Zeppelin Corporation, a joint United States-German venture.

Had the idea been planned just a few years later it almost assuredly would never have happened given the conflict between the two nations that began in late 1941.

Interestingly, the success of the train ultimately lead it to being bumped from main line service. With the New Haven having money difficulties at the time and the articulated trainset not setup to have extra equipment added to it without greater expense it was eventually scrapped in the early 1950s. 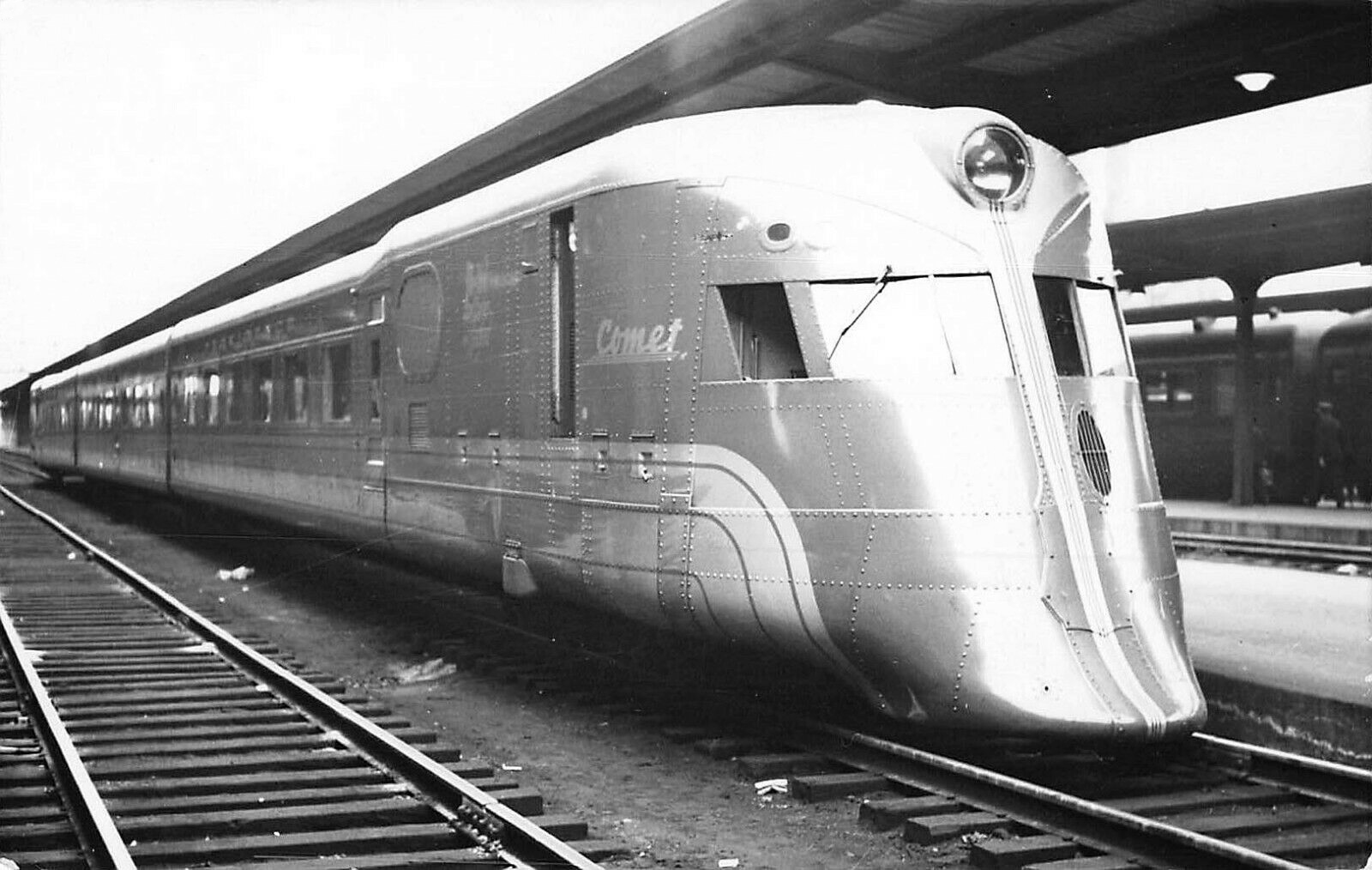 This was scene was featured on a postcard from the 1970's, which unfortunately did not provide a location, date, or other information about the "Comet" trainset. However, it is a wonderful and rare detailed image of the streamliner.

With the resounding successes of both the Burlington's Pioneer Zephyr and Union Pacific's M-10000 of 1934 the New Haven Railroad decided that it too would test the streamliner waters and have its own trainset built. Unsure of who to turn to the company eventually chose the Goodyear-Zeppelin Corporation.

While the name sounds strange, Goodyear-Zeppelin was looking to make a splash in the railroad business after the airship industry took a major public relations hit with the crash of the U.S. Navy's Akron in 1933.

Despite the fact that the company had never built any type of railroad equipment their first, and only, streamliner proved to be quite successful and reliable. 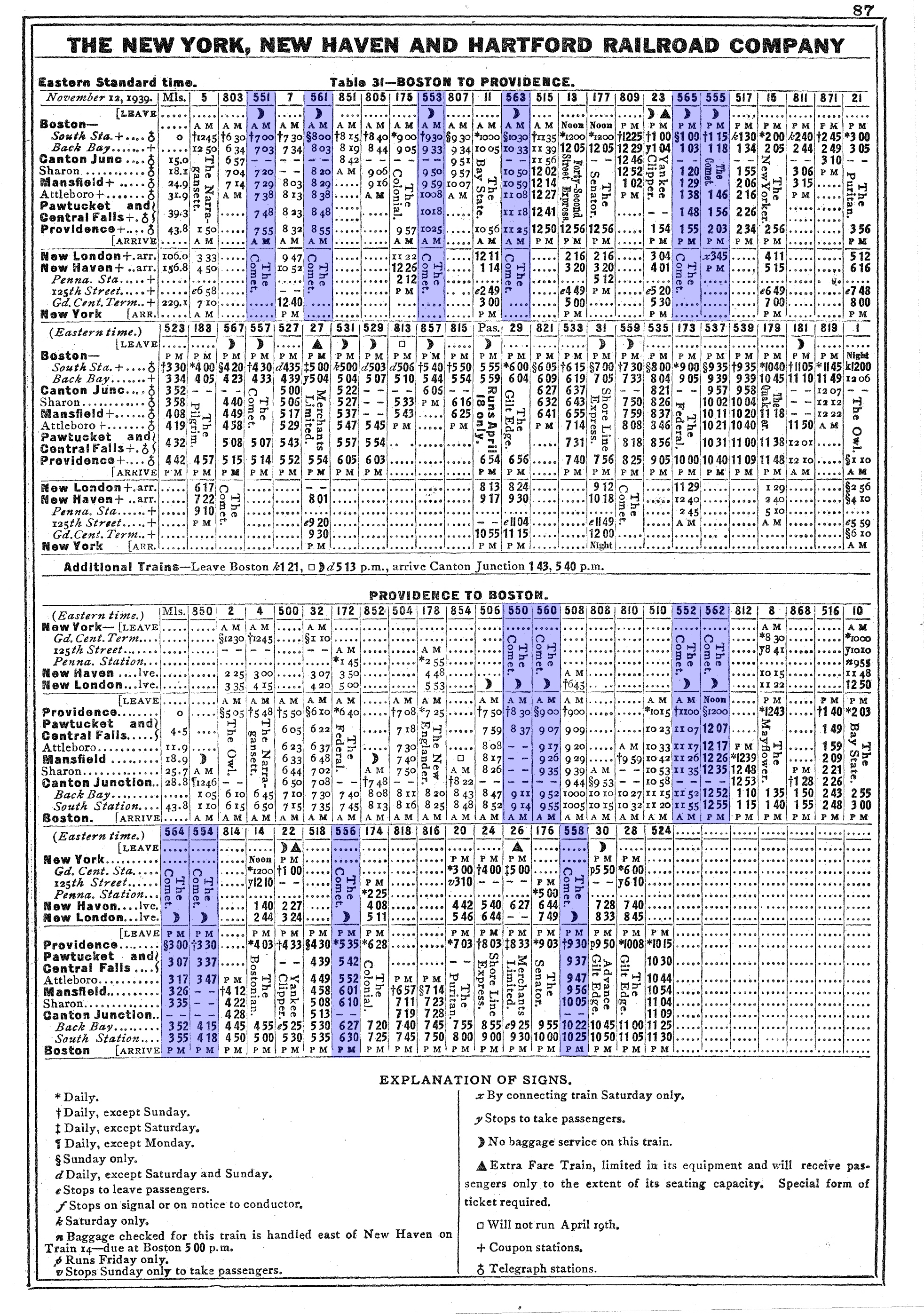 The Comet would never have became a reality, however, if it were not for the federal government, which through the Public Works Administration floated the New Haven a loan to purchase the streamliner in 1934.

By June, 1935 the train was ready for service and was an attractive design for a company that had never built such equipment before.

The train was much lighter than the its two more well known counterparts at just 126 tons. It employed just four trucks and was constructed of lightweight aluminum as the M-10000. 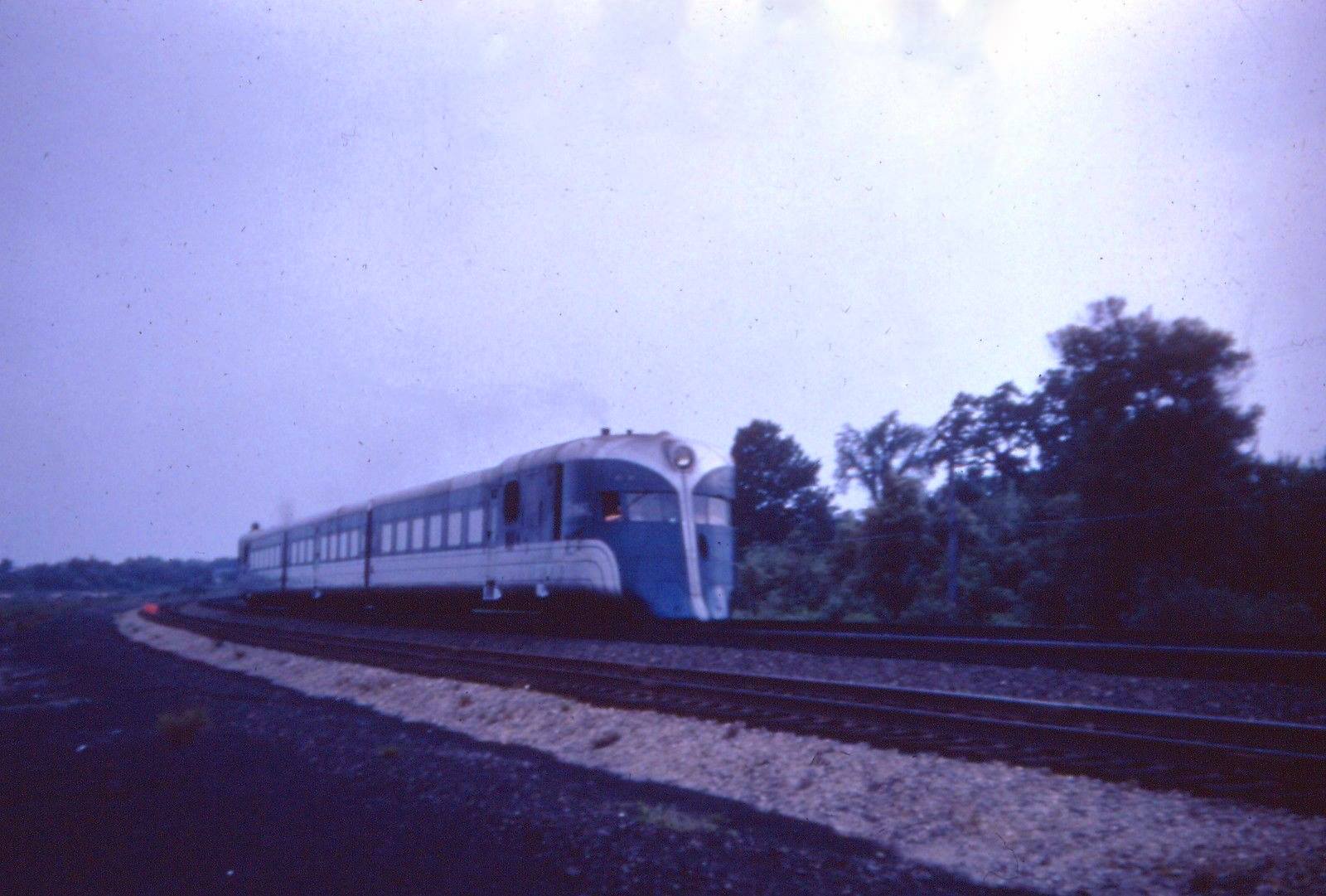 The New Haven's streamlined, semi-articulated "Comet," is seen here in service circa 1940s. The little train was a product of the Goodyear-Zeppelin Corporation, a joint U.S.-German venture. It entered service in 1935 and was retired in 1951. Author's collection.

Goodyear-Zeppelin gave the train a flashy deep blue, silver, and white livery which was suited to its top speed of 95 mph.

For power the train utilized a Westinghouse-built diesel engine in each power car located at each end of the train (this negated the need to turn the train, saving time among other things).

Each prime mover was capable of producing 400 horsepower although only one was operating while the train was in service. When the Comet entered service it operated along the New Haven's main line between Providence and Boston, able to complete the 43-mile journey in just 45 minutes and its low profile and small size made it ideal for the railroad's circuitous route.

Overall, the train could accommodate 160 passengers (rather surprising for such a small thing).  While it did feature such new innovations as air-conditioning, and indirect lighting, it was an all-coach affair.

Still, the train was the first of its kind to operate in the Northeast and drew very large crowds.

The New Haven spent a great deal of money promoting the train, mostly regionally, and not nationally as the Burlington and Union Pacific had done with their new streamliners.

The train became so successful that the NYNH&H was forced to pull the Comet from its original routing.  But curiously, even by 1940 the railroad had not changed its original consist or upgraded accommdations. 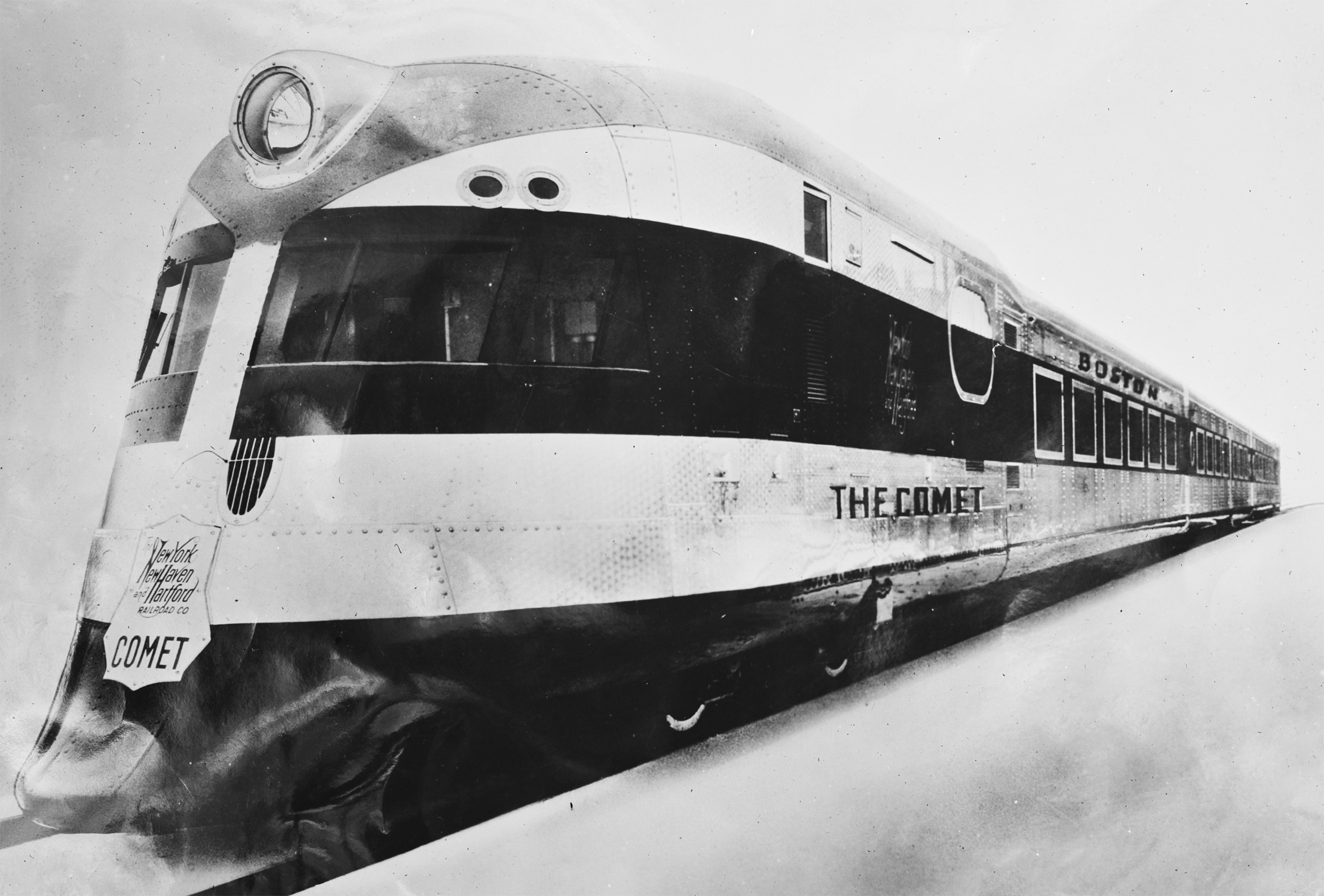 Perhaps this was due to the railroad's financial state; the New Haven did not have the funds for either upgrades or to purchase additional trainsets. Given the Comet's success the New Haven would almost surely had done so.

In 1943 the trainset was shifted to local service where it was not nearly as successful.  By that point the Goodyear-Zeppelin Corporation had already been disbanded in 1941 due to the World War II conflict and in September, 1951 the New Haven finally pulled the Comet from service permanently.

In those days the idea of preserving noted equipment for historical purposes was hardly an afterthought and the New Haven quickly scrapped the trainset after its retirement.