Jay Cooke is perhaps better remembered for his financing and banking activities than as a railroad tycoon. Similar in nature to how Daniel Drew worked in the railroad industry Cooke, though, was not known for his ruthless nature.

It was not until later on in life did Cooke become heavily involved with the financing of the Northern Pacific Railway, the first transcontinental line to the Pacific Northwest.  Jay Cooke was not necessarily a railroader by nature.

He entered from the Wall Street arena, recognizing the government's attempt to complete a second transcontinental railroad could reap serious money via land grants.  On paper, the NP was born in 1864 although it was not until Cooke became involved in the late 1870's did the project actually enjoy serious backing.

Cooke had made his millions in the Civil War by selling war bonds and believe in the NP project as a business endeavor that held great importance for the nation.

Alas, he became overextended in financing the project and was forced into bankruptcy in 1873 following that year's financial panic.  Cooke was able to stave off destitution when he invested a small amount of money into a silver mine in Utah that ultimately prospered. This allowed Cooke to retire a small millionaire. 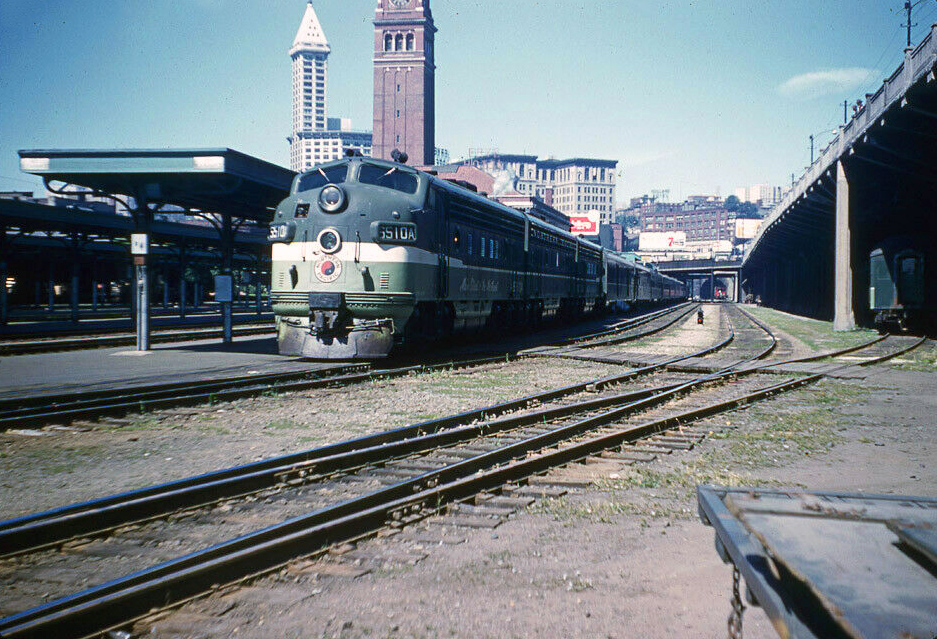 Cooke was born on August 10, 1821 in Sandusky, Ohio the son of a lawyer, railroad investor, and real estate speculator. He attended formal schooling until the age of 14 where he carried a number of jobs until 1839 when he was hired on by E.W. Clark & Company, which operated as a bank and broker providing loans to railroads.

Cooke quickly proved his worth working for the company and after just four years was offered the position of partner.  After the company went bankrupt following the financial panic of 1857 Cooke set out on his own and started Jay Cooke & Company in 1861, which was also a banking and financing operation.

Cooke's company was a highly successful financier during the Civil War helping to secure loans from banks in the north for the federal government's war effort. 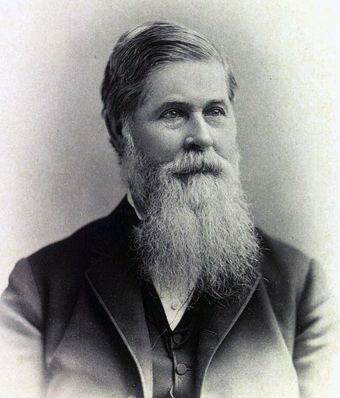 Thanks to his sound fiscal practices the bonds issued were highly regarded and while the United States held a heavy amount of debt at war's end its currency was stable. By the end of the war Cooke had been able to negotiate more than $3 billion for the Union and became known as the "financier of the Civil War."

It wasn't until 1870 at the age of 49 did Cooke take a serious interest in railroads. He held a high regard for the city of Duluth, Minnesota and wanted to see it prosper by having a major railroad serve it.

He also was interested in seeing the northwestern United States itself become better developed and when it was announced the Northern Pacific Railway would be built through the territory Cooke wished to finance the project through his company. 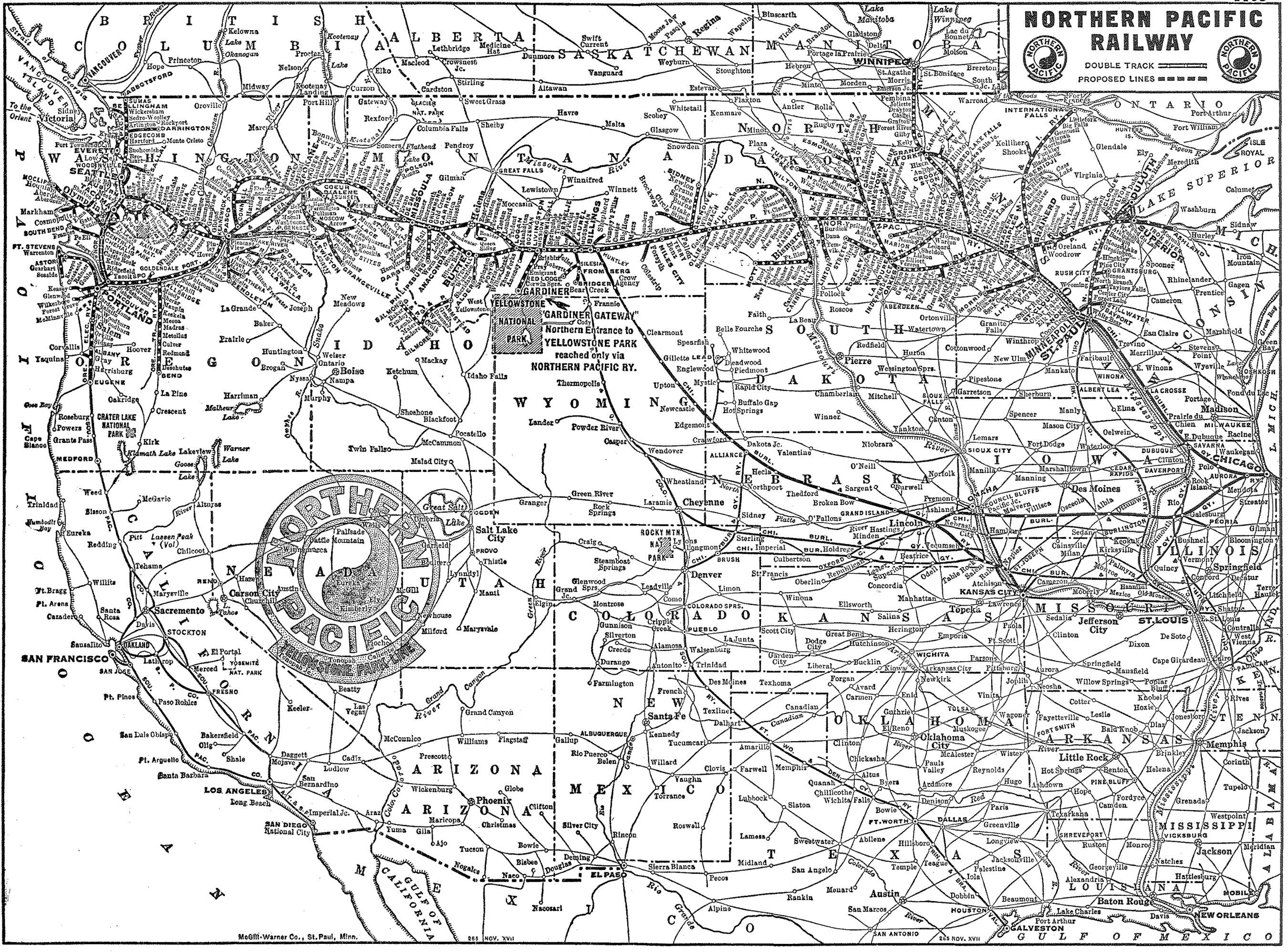 Construction on the new company began seven years later in 1870 and would roughly follow the expedition of Lewis and Clark who originally chartered the western territory in the early 19th century.  While crews began building from opposite directions at Lake Superior in the east and Puget Sound in the west it would become some of the toughest railroad to ever construct.

Not only were crews building through some of the roughest terrain in the country but also a region that was literally still frontier lands (the future states of Montana and Washington, for example, were still territories when the railroad was being built) and settlements were few and far between.

Supplies usually had to be shipped in from hundreds of miles away and the weather could often be down right brutal. Through it all, however, crews prevailed and by the early 1880s had made tremendous strides.

By the late summer of 1883 the main line from Minnesota to Portland, over 1,800 miles in length, had been completed and a lavish ceremony marked the occasion.

While completed, the line did have future gaps to close in the way of many tunnels, along with a branch which needed to extend west from Ellensburg, Washington following as closely as possible to the Yakima River.  For Cooke's part, however, his tenure with the Northern Pacific ended just a few years after its construction had begun.

Cooke had been hired by NP's directors to promote the railroad and its extension westward in hopes of raising the millions needed for its construction. He spent a exorbitant amount of time, money, and energy vouching for the railroad.

However, he had a very difficult effort in selling the needed bonds and eventually his company became overextended in its efforts and the resulting Panic of 1873 forced Cooke into his bankruptcy.  While he lost millions as a result of his efforts he did recover in the late 1800s upon investing in an upstart silver mine that ultimately prospered allowing him to retire, again wealthy.

Cooke's efforts for the town of Duluth were not forgotten by the city or state, as the Jay Cooke State Park located near the city is named in his honor.  He also gave generously to his local Episcopal church and setup the Ogontz School for girls in his former estate located in Elkins Park, Pennsylvania.  To read more about Jay Cooke's railroad and other business ventures please click here.