While they may be small in comparison to cars and locomotives comprising a several-thousand ton train, none of the equipment could stay together if it was not for the coupler.

This device has been modified and changed many times over the years since the industry's earliest days during the 1830s.

As the century progressed a design known as the link-and-pin entered widespread use. While it was capable of keeping rolling stock together and on the move it was extremely dangerous for crewmen.

Eventually, the knuckle coupler was invented prior to 1900 that was far safer and more efficient than anything previously conceived.

Ultimately, the design was so practical that it became standard across the industry and is still in regular service today after more than a century after it was first developed. 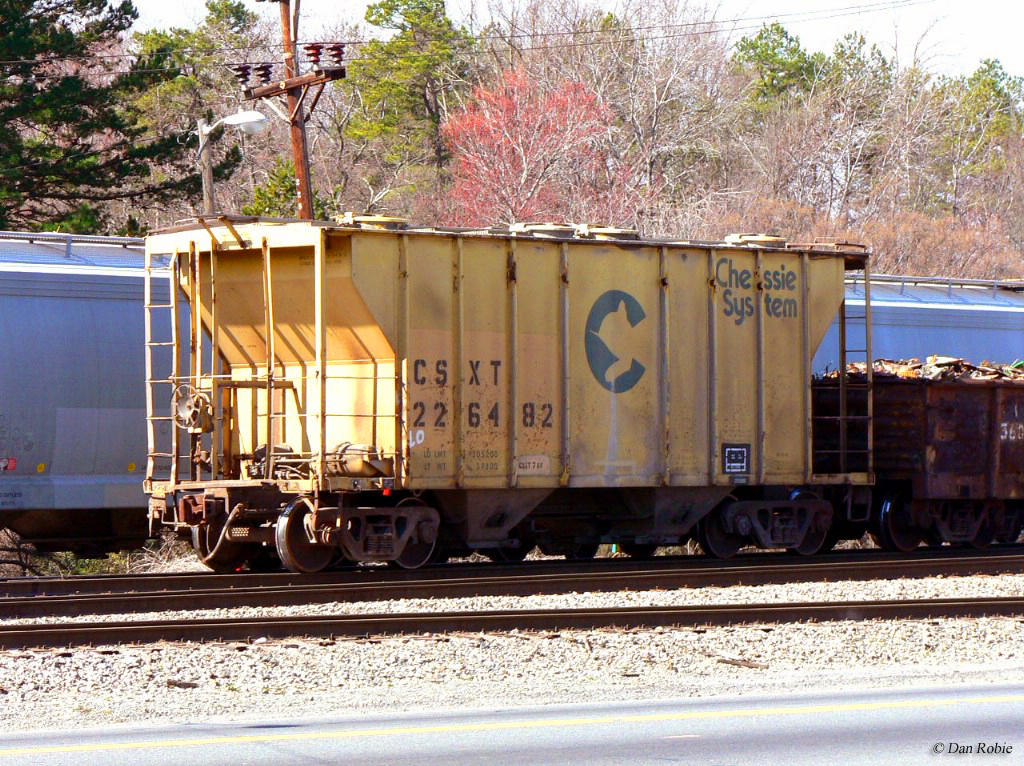 An aging Chessie system covered hopper is seen here in service on CSX at Charlotte, North Carolina during the spring of 2005. Dan Robie photo.

When the age of the railroad dawned in the United States during the 1820s the concept proved an exciting new technology that could move freight and passengers very efficiently in large numbers.

However, as the first trains began rolling in places such as Baltimore, Charleston, and Boston a problem soon appeared.  How does one effectively keep cars coupled together while in transit?

As Jim Boyd states in his book, "The American Freight Train," a good coupler would need to withstand both tension (pulling) and compression (pushing) forces with the issue of slack being ever-present.

A number of early, rudimentary inventions sprang up although all proved rather dangerous and not particularly efficient.  The very first connections employed included simple hooks and chains.

An Overview of Freight Cars

This idea might proved effective in some manner although it was not without flaws:

The first practical, yet extremely dangerous, coupler was known as the link-and-pin.  By the Civil War they were in widespread use although there was not a universal design.

The link-and-pin had some similarities to the modern knuckle-coupler, notably the use of a draft gear; a device, which housed the coupler and mounted into a car's underframe.

It usually employed a spring system and friction plates which helped cushion and absorb the shocks of daily service. 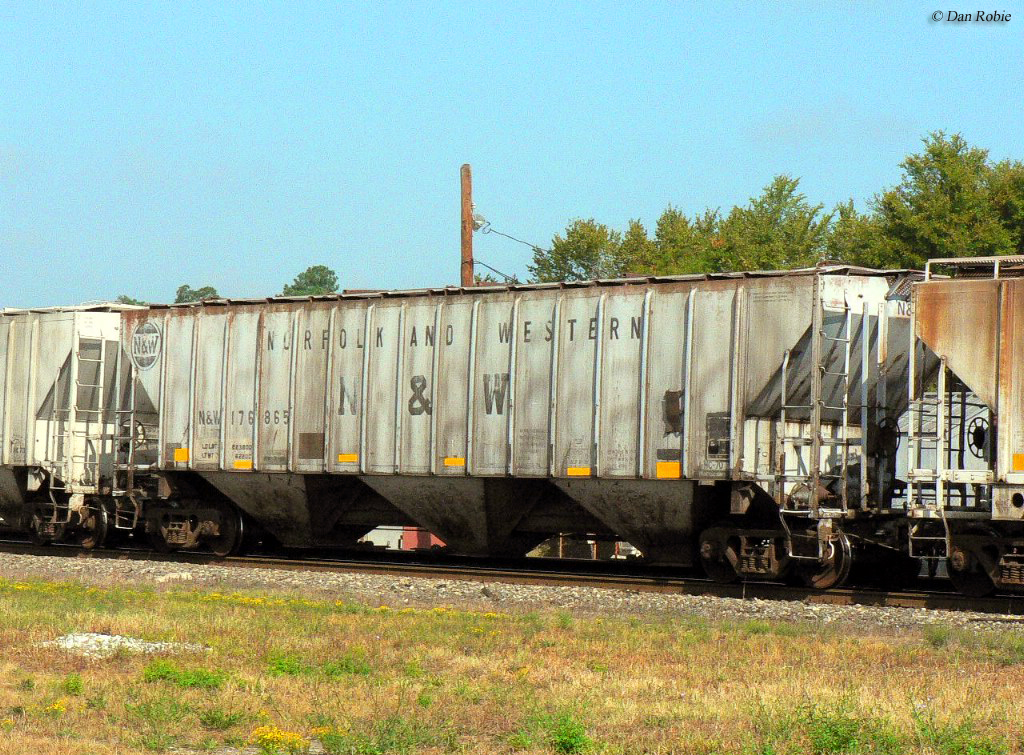 Practically, the link-and-pin worked on a simple principle; line up the looped, U-shaped ends of each coupler and place a pin within the end-pocket before the two came together.

However, doing so meant workers were required to stand in between the cars, make sure the couplers lined correctly, and insert the pin manually.

With equipment, even during the mid-19th century, weighing several tons and workers' hands and limbs being so close to the moving cars accidents were quite common; at worst fingers or limbs were lost while in other cases workers were crushed and killed.

There were a myriad of different inventions conceived in an attempt to create a better, safer coupler.  However, it was not until former Confederate Colonel Eli Hamilton Janney devised the ingenious knuckle-coupler did a useful alternative become available.

During April of 1873 he received a patent for his design which worked like a pair of human hands grasping one another while a pin, situated inside the coupler, closed automatically via the force of the cars coming together, offering a firm connection.

What became known as the knuckle coupler (sometimes referred to as the automatic coupler) eliminated the need for a worker situated in-between the cars while a lever placed to the side could disengage the pin, uncoupling the connection.

While the inherent advantages and dramatic safety improvements Janney's design offered seemed apparent the industry was slow to adopt it.

During a time before the Federal Railroad Administration, Interstate Commerce Commission/Surface Transportation Board, and other government oversight agencies railroads saw no need in spending the money to reequip their rolling stock when the link-and-pin system worked just fine.

In 1877 the Pennsylvania Railroad was the first to try the knuckle coupler and immediately liked it; not only was it safer but cars could be coupled much faster than doing so manually.

The association went on to adopt it as the universal "MCB Coupler" and a standard design soon followed.  During March of 1893 legislation was passed, known as the Federal Safety Appliance Act, making it mandatory for all railroads to use knuckle couplers on any locomotive or car in regular service.

The industry was given five years to update its equipment, thus permanently eliminating workers from this incredibly dangerous task.

Over the years several updates and improvements to the knuckle have been employed.  According to former Trains Magazine editor Kevin P. Keefe, in 1916 the Association of American Railroads adopted the Janney Type D as the industry standard.

The modern knuckle used today is the Type E, first used in 1932 and was interchangeable with any other type.  Despite the redundancy and efficiency the knuckle provided it still only offered a proper horizontal connection as no vertical locking feature was employed.

This meant that during a derailment cars would often separate, sometimes jacknife, and/or penetrate another car causing either serious injury to passengers or a greater release of potentially hazardous materials.

To solve this problem Type E shelf couplers were developed to impede vertical movement and help keep cars coupled together during a derailment. 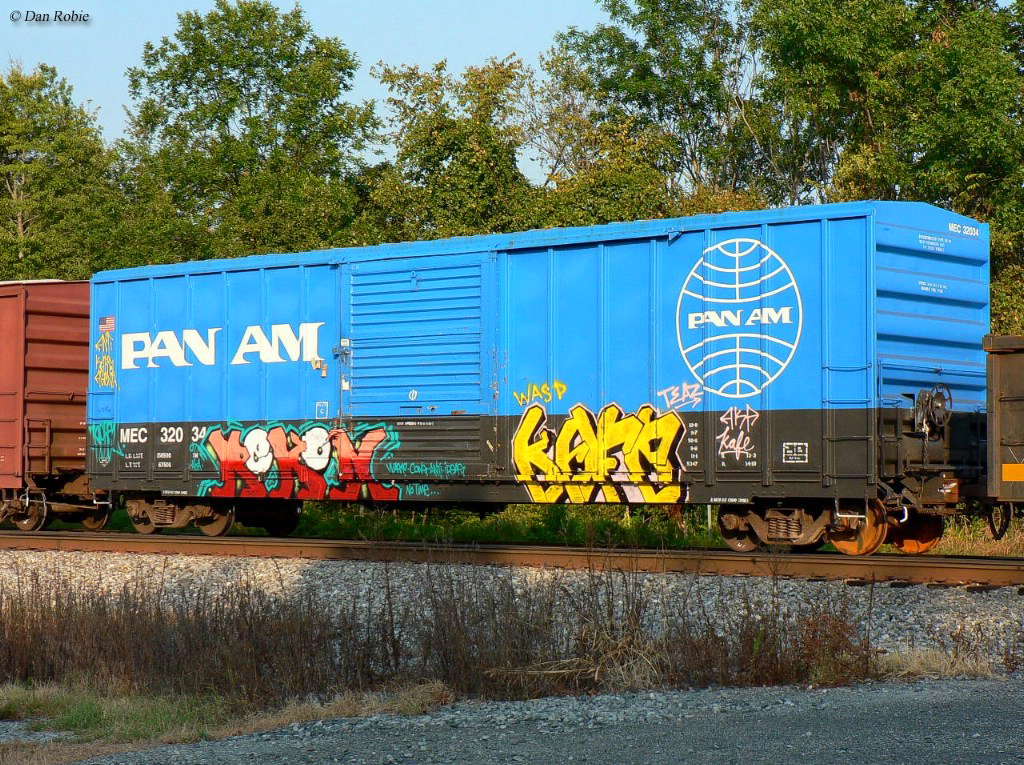 Mr. Keefe goes on to state that the modern bottom-shelf Type E was adopted during the 1970s while more sophisticated designs include the Type F used on any tank car hauling hazardous material and the Type H "tight-lock" found on passenger cars.

As its name implies this latter knuckle coupler offers a very tight seal thus greatly decreasing the chance of a disconnection during a derailment.

The Type H is required for any private car in service on Amtrak and all of the carrier's rolling stock is equipped with the coupler.

Today, there are four manufacturers of knuckle-coupler including McConway & Torley Corporation of Pittsburgh, Pennsylvania.; ASF-Keystone of Chicago; National Castings Incorporated of Lisle, Illinois; and Buckeye Steel Castings of Columbus, Ohio.