The oddly named cow-calf design was released only by Electro-Motive, first built as an experimental prior to World War II.  It was essentially a different name for "A" and "B" (cabless) locomotives, commonly found in the F and E series cab models.

EMD took the same concept and applied it to its switcher line for use in transfer and yard work by providing a cabless "B" unit mated to an "A." Doing so offered more horsepower and tractive effort without the need of supplying an additional crew.

As with transfer models offered by other builders, railroads remained largely disinterested in such a specialized locomotive, even for EMD's highly respectable designs rolling out of La Grange at the time.

Overall, few cow-calves were sold among the seven different types offered although they did prove more successful than similar examples cataloged by other manufacturers.   As the years passed railroads tended to lashup "A's" and "B's" of different models together. 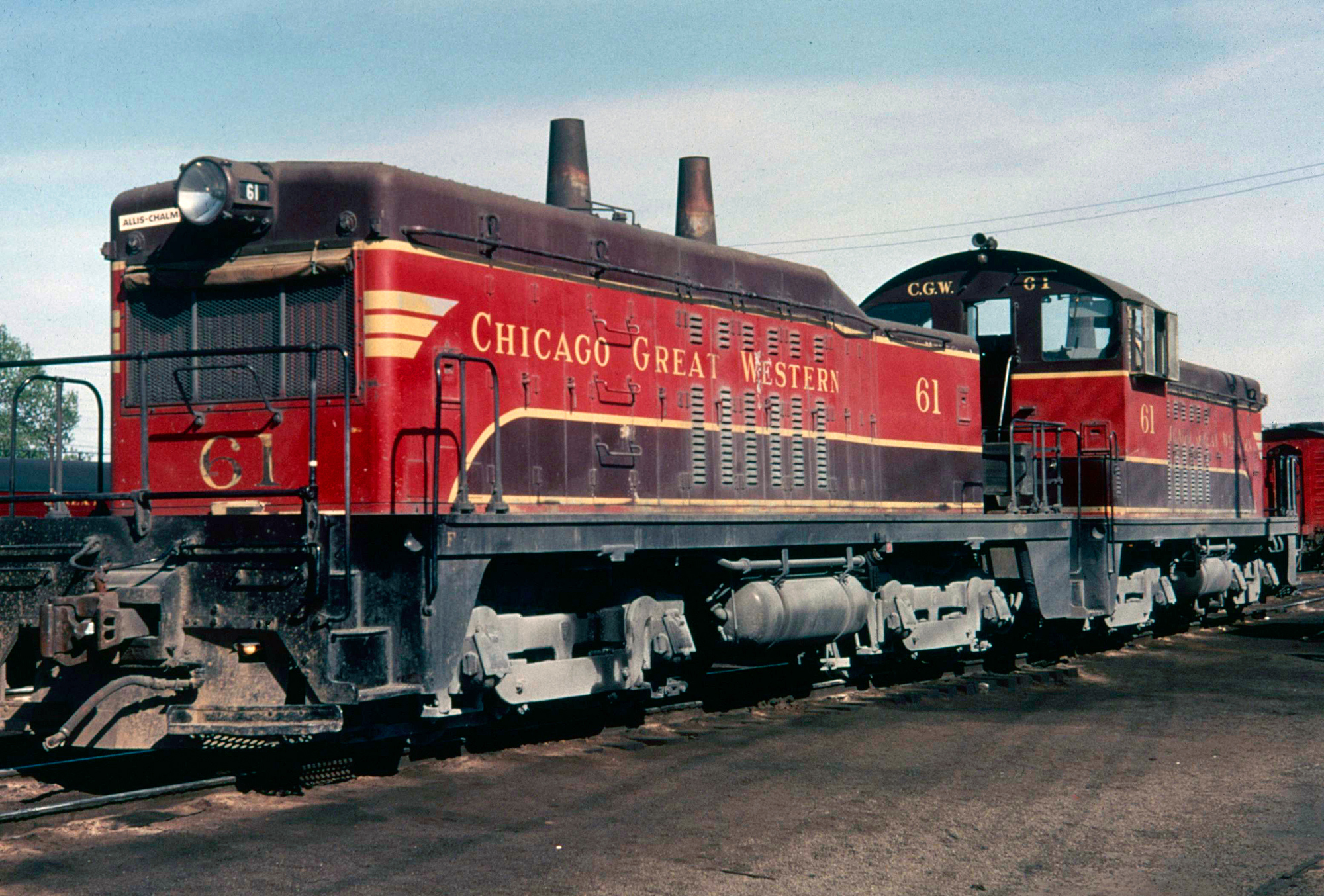 The cow-calf term is unique into itself; technically it is neither a mother-slug (a fully operational locomotive coupled to a unit with no prime mover, only traction motors and/or ballasting for increased tractive effort) nor an actual "B" unit.

Instead the design refers solely to switchers built by Electro-Motive.  The "cow-calf" designation was not the product of EMD, merely a nickname adopted by train enthusiasts.

EMD referred to these designs as transfer switchers, the first of which was an experimental.  This unit, numbered 9201 (later changed to #9202) and listed as the T-Model (for Transfer) was a single, center-cab locomotive built in 1936 for Illinois Central, which intended to use it in yard service between Chicago and Markham Yard.

It was constructed by what was then the Electro-Motive Corporation featuring a pair of 900 horsepower, Winton V-12 201-A prime movers with the carbody supplied by the St. Louis Car Company. 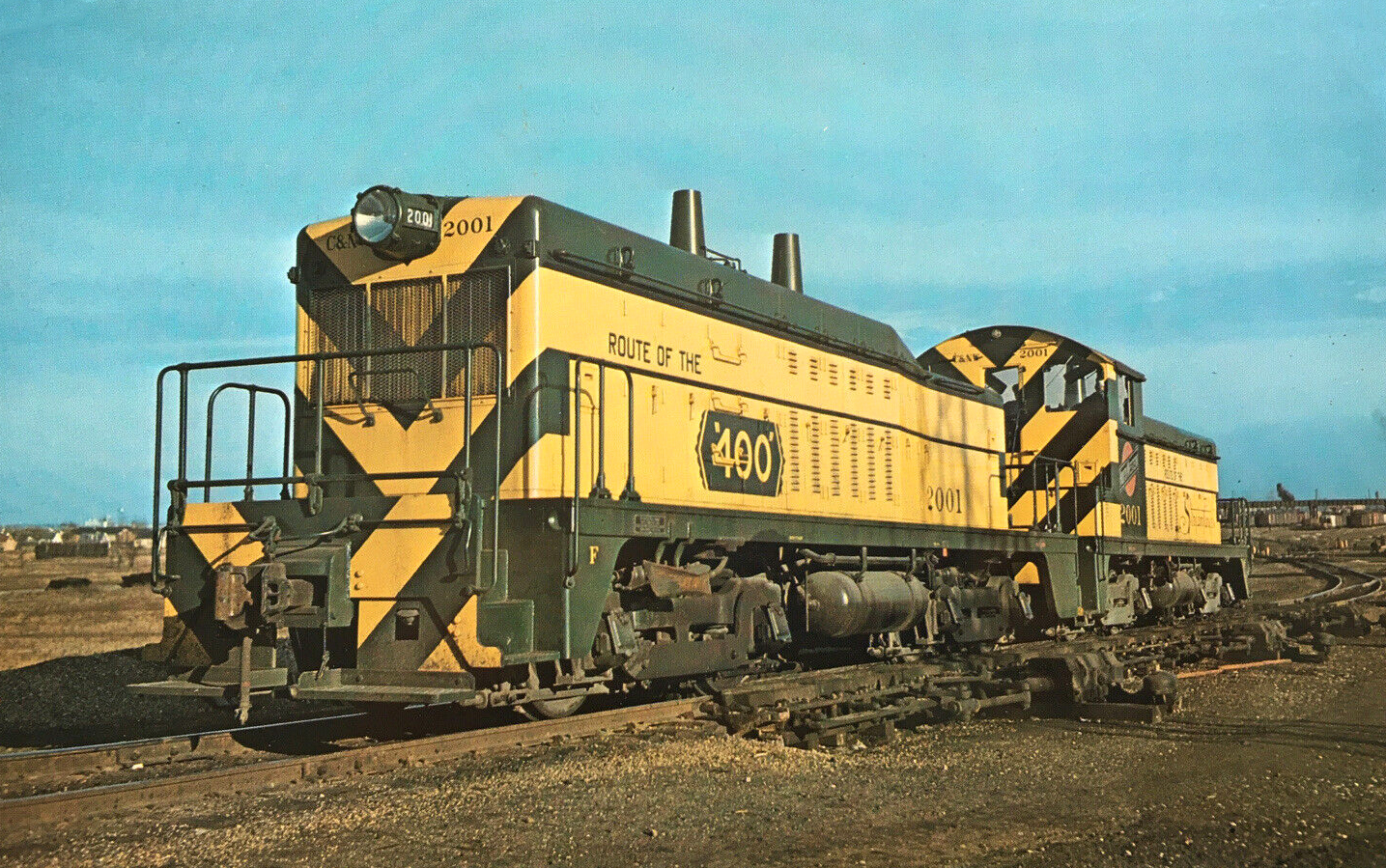 Railroad officials were pleased with the model although its unique B-B+B-B wheel arrangement and longer frame caused the unit to develop a sag beneath the cab.  The issue was later resolved by EMD.

In 1940 the first, true cow-calf model was outshopped by EMD; designated class TR (TRansfer), it was based on the popular 1,000 horsepower NW2.

During their long career these cow-calves spent most of their time in yard service pushing long cuts of freight cars over the hump at Markham.

It was the only system to purchase the TR, as well as the following TR1 of 1941.  This particular variant featured a very interesting extended carbody based on the NW3.

It was capable of producing a combined 2,700 horsepower and was essentially an FT in a switcher carbody, even sporting Blomberg trucks; only two sets were built.

In 1945 EMD began production on the 2,000-horsepower TR2, also based from the NW2 but sporting the updated 567A power plant.

The most successful of the series, 36 sets were built for seven different lines by 1949.  In a bit of comedy, names for future cow-calf combinations became even more interesting.

During the summer of that same year (1949) the Chesapeake & Ohio took delivery of the TR3; a three-unit, cow-calf-calf combination, or "herd," which could produce 3,000 horsepower.

This variant was a stretched version of an NW, essentially an NW3 which Electro-Motive briefly marketed.

Internally, it was nearly identical to an FT sporting a 567A prime mover capable of producing 1,350 horsepower each.  In addition, it rode on Blomberg trucks.

Once again there were few buyers as only the Southern Pacific, which acquired four sets (including EMD's demonstrator), and the Oliver Iron Mining Company took orders.

By the early 1950s no more TR examples were outshopped although those that were remained in use for several years, many of which were rebuilt with cabs like the CB&Q's.