While the Baltimore & Ohio Railroad had no less than four major mountains to cross west of Cumberland, Maryland (all of which are located in West Virginia).

One of the best known of these crossings is Cranberry Grade between Terra Alta and Rowlesburg (M&K Junction). This 12-mile section of the B&O's main line tops out at a tortuous near-3% grade and still requires numerous helpers under successor CSX Transportation to get heavy trains over the mountain.

Despite much of the B&O's main line west of Grafton having since been abandoned CSX still uses the line over Cranberry to shuffle general merchandise and coal movements.  The Baltimore and Ohio Railroad, “Linking 13 Great States With The Nation.” This was the B&O's slogan for much of its existence and something which it held to for its entire life. 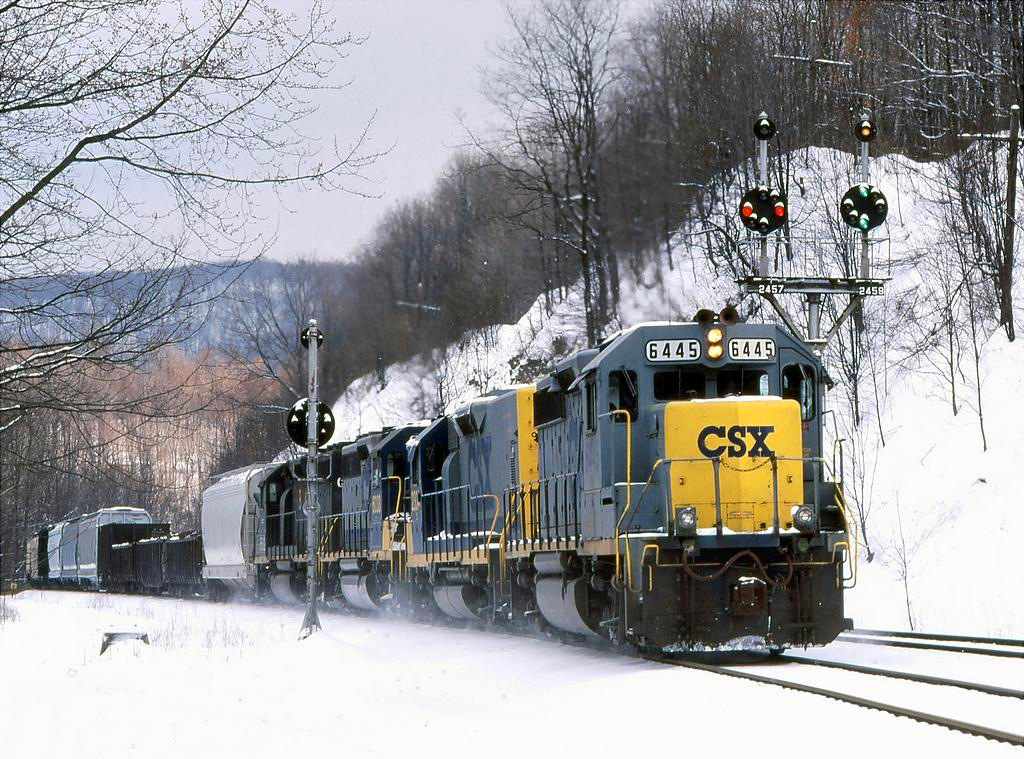 While never a wealthy railroad throughout its existence (when compared to the likes of its much larger and powerful northern competitors, the Pennsylvania [PRR] and New York Central [NYC] railroads) its legacy will forever be remembered as a survivor and that it put customer service above all else. 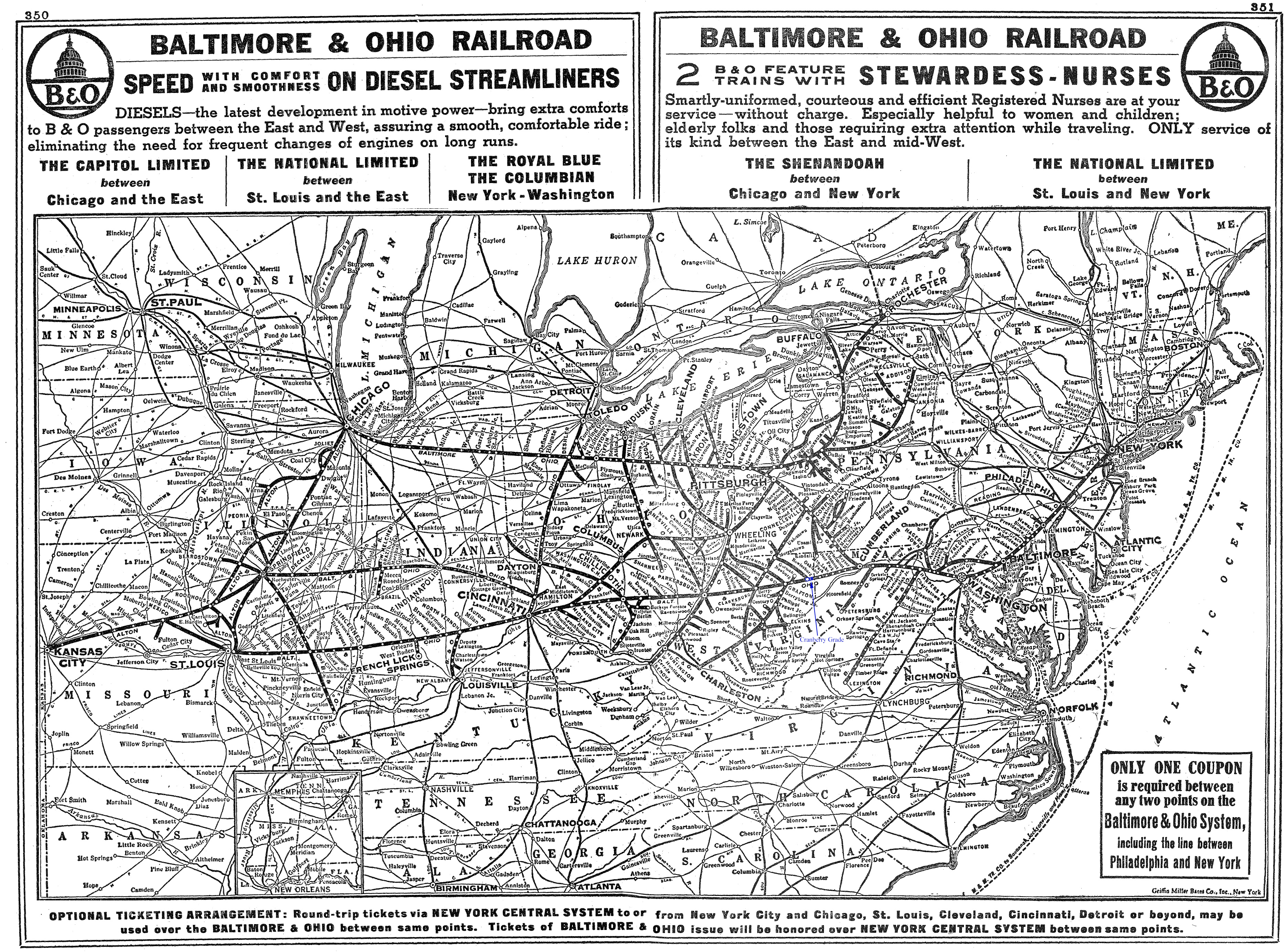 A map of Cranberry Grade (highlighted in blue) from the Baltimore & Ohio's 1940 system map. Author's collection.

The Baltimore & Ohio had reached Cumberland by November of 1842. However, it remained stuck there for eight years before progress continued westward toward the Ohio River.

With new president Thomas Swann taking the helm on October 11, 1848 the railroad's march further westward began.  In 1849 the railroad began taking construction bids to build the line and by 1850 work had started.  By December of 1852 the B&O had reached then Wheeling, Virginia on the banks of the Ohio River.

However, to get there required 11 tunnels and more than 100 bridges (remember that this was the B&O's original main line to the river, not its secondary and preferred route between Grafton and Parkersburg). 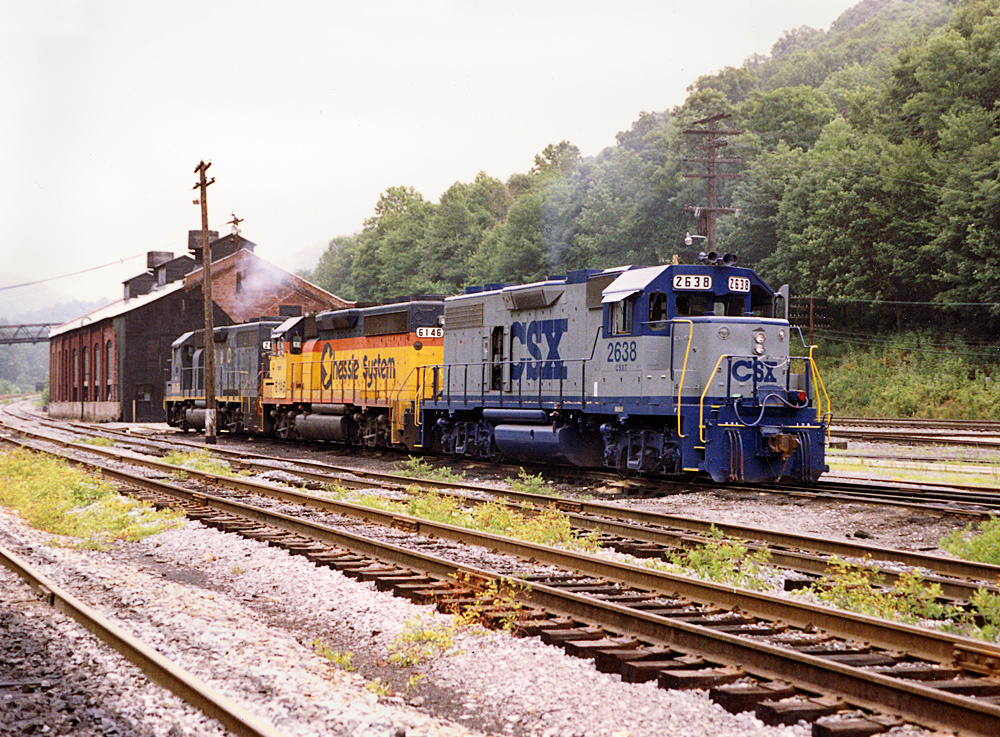 Helpers are still stationed at M&K Junction in Rowlesburg, West Virginia to assist eastbound freights. Here, three CSX Geeps await their next assignment on July 14, 1988. The B&O engine shop was closed by the date of this photo. Wade Massie photo.

From Piedmont, Maryland to Grafton, Virginia alone had required the B&O to cross four major mountains including (from east to west):

The grade was the railroad's second crossing over the Allegheny Mountains and featured a ruling grade of 2.84%. Specifically the B&O crossed Backbone Mountain, whose summit was located at the eastern end of the grade near Terra Alta.

The line began to steepen significantly east of McMillan and features the 180-degree Graveyard Curve, the B&O's version of Horseshoe Curve. 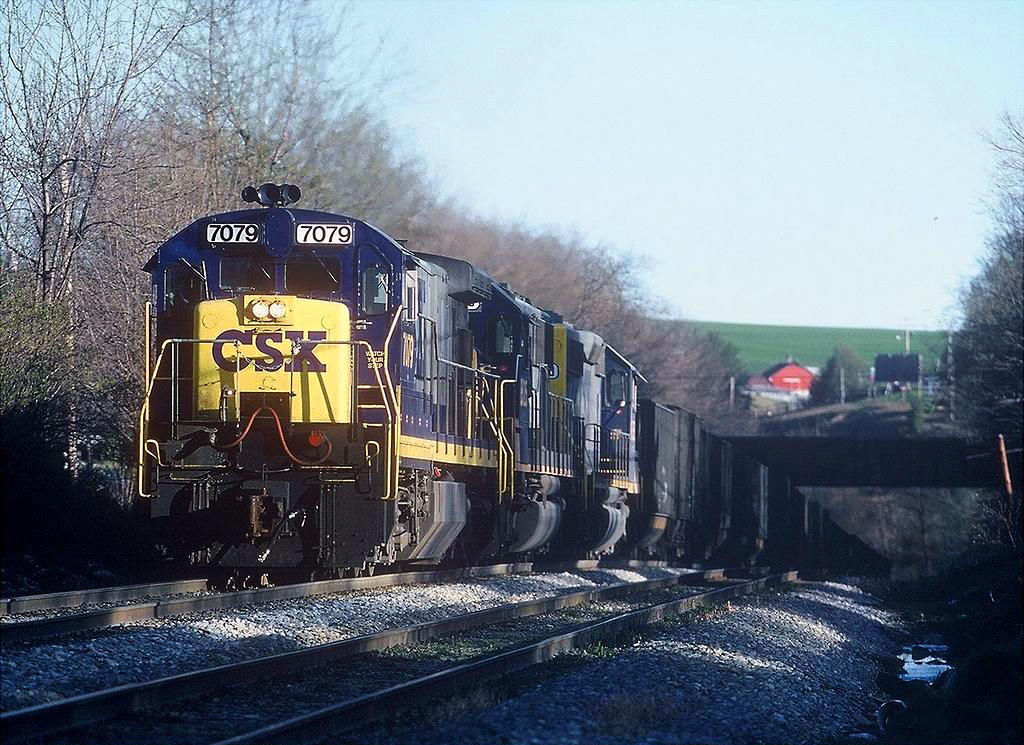 Taken nearly twenty years earlier than the photo below, CSX C30-7 #7079 has reached the summit of Cranberry Grade at Terra Alta, West Virginia with eastbound loads of coal on April 24, 1994. Note how steep the line is here! Wade Massie photo.

From Terra Alta at milepost 335.8 Cranberry continues westward until milepost 348.1 at Rowlesburg.

However, for the B&O making the eastward climb over the grade begins east of M&K Junction at milepost 347.4 where the railroad had a small maintenance shop and engine facilities.

This location was often photographed by railfans due to its easy access. The junction gained its name because of the Morgantown & Kingwood Railroad, which once connected with the B&O.

The M&K opened in 1907 hauling predominantly coal between Rowlesburg and Morgantown, interchanging this traffic with the B&O at both locations.

By 1920 the B&O had gained full control of the line and it remained a through route until 1987 when sections of it were abandoned. Today, virtually the entire line, known as the Kingwood Subdivision by CSX, has been abandoned.

Along with interlocking towers at M&K Junction and Terra Alta, during the steam era the grade featured a third located at Rodemer.

This was due to the installation of the third track by the B&O between Rodemer and Terra Alta after 1910. With dieselization occurring in the 1940s the railroad was able to remove the Rodemer interlocking in the 1950s. 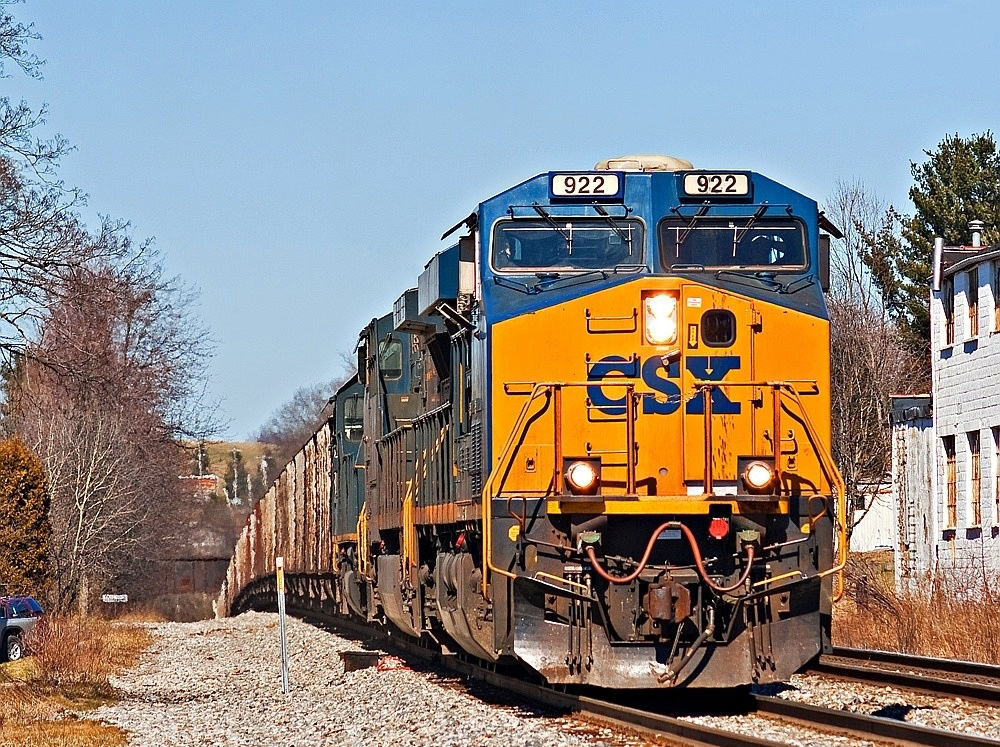 Operations over Cranberry Grade were a sight to behold, especially if you were lucky enough to witness the action during the steam era with double-headed 2-8-8-4 Class EM-1s pounding up the grade and pushers shoving just as hard on the rear.

The sound was deafening and unforgettable. During the diesel era the Baltimore & Ohio had just as much trouble moving a train over the 12-mile grade requiring numerous locomotives, usually cut in to the train at various stages. M

oving into the present-day CSX era not much has changed as the Class I is still forced to use up to eight locomotives to get a heavy freight over the grade.