All of these original designs were equipped with Winton's 201-A prime mover while the NW2 was the first to utilize General Motors' model 567.

Electro-Motive saw enough interest in these early designs, along with its first SW models, to warrant cataloging further switchers through the 1940s.

At the time, then-EMC was fast becoming the industrial leader in diesel-electric manufacturing having released its popular FT cab model in 1939.

That particular locomotive would silence steam power nearly single-handedly.  For Electro-Motive, it seemed every model it released from the 1940s through the 1970s was a success.

The NW2 would go down as one of EMD's most popular small switchers.  When its 10-year production run had ended some 1,139 units had been built for a variety of Class Is, short lines, industrial operations, and even a few Canadian lines.

Today, several of these resilient switchers carry on in service at private industries, small short lines, and tourist lines. Its rugged design is a testament to the engineers at EMD during the company's height of production. 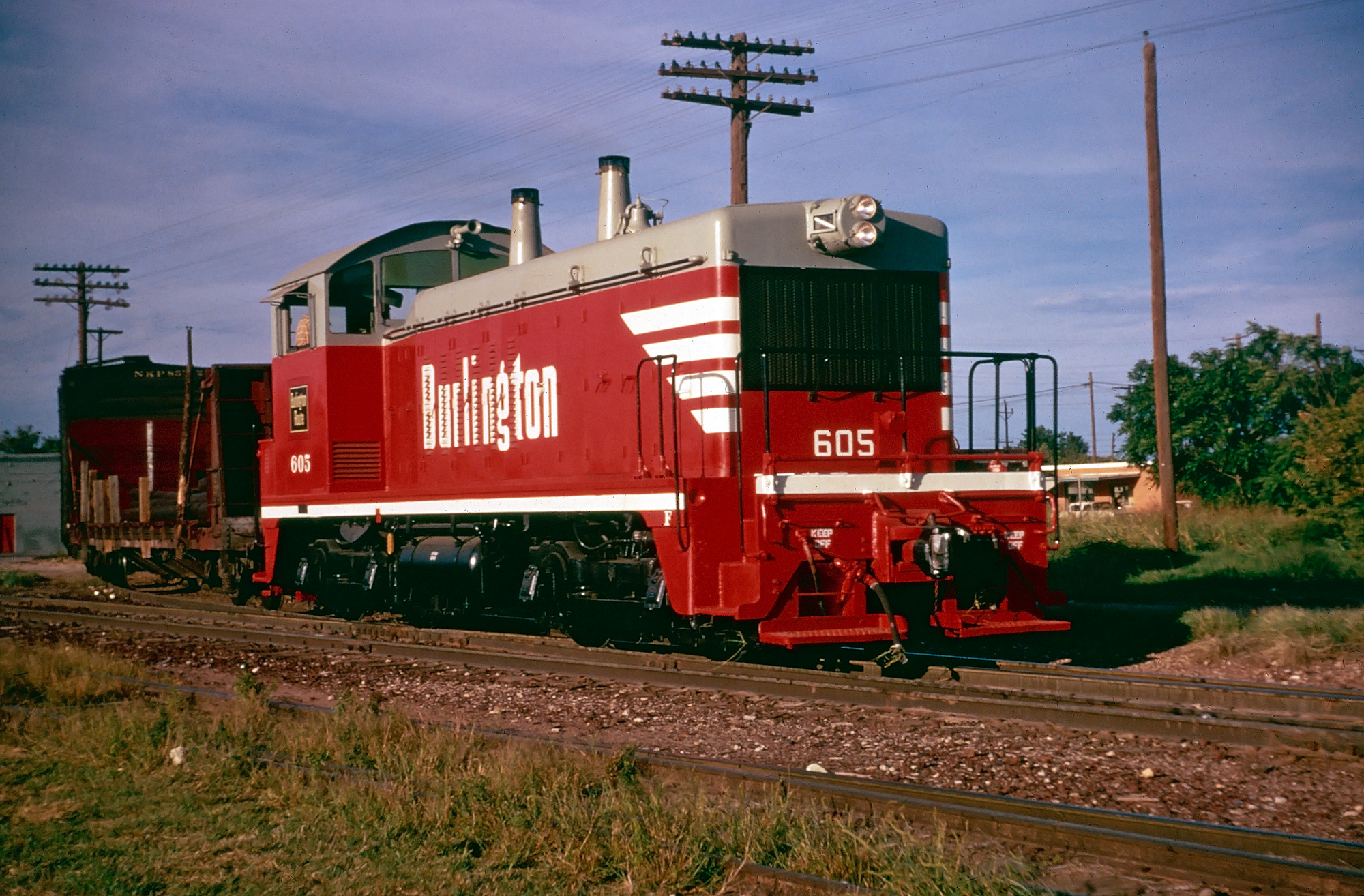 Electro-Motive's NW series entered production in 1937 as a successor to the NC, a switcher sporting a cast frame.

At the time some railroads still preferred this manufacturing method which had long been employed in the construction of steam locomotives.  However, welded frames were proven to be stronger and cheaper to produce.

The NW originally referring to:

However, with the NW2's introduction the nine-hundred reference was dropped as its new 12-cylinder 567 could produce an additional 100 horsepower. 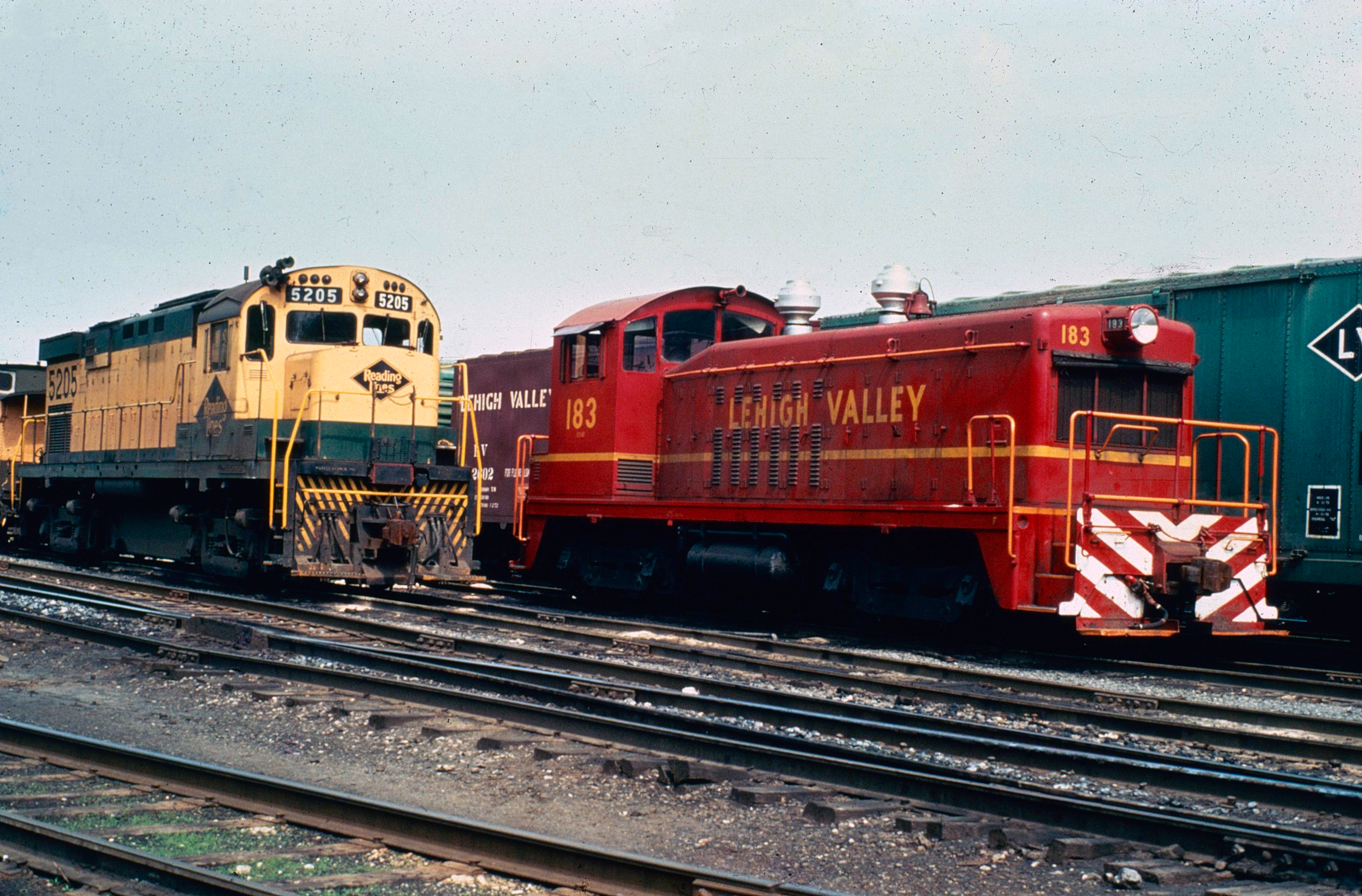 The NW2 featured a frame with the same length (44 feet, 5 inches) as its predecessors with the taper near the cab for improved visibility.

It also came equipped with EMD's standard B-B trucks and lacked a sandbox on the front platform that was commonly found on early SW models.

Its other notable spotting feature was two conical stacks mounted just ahead of the cab.  As Jerry Pinkepank notes in his book, "Diesel Spotter's Guide," the NW2 is most easily distinguishable from its earlier counterparts by the lack of small louvers on the side of the hood. 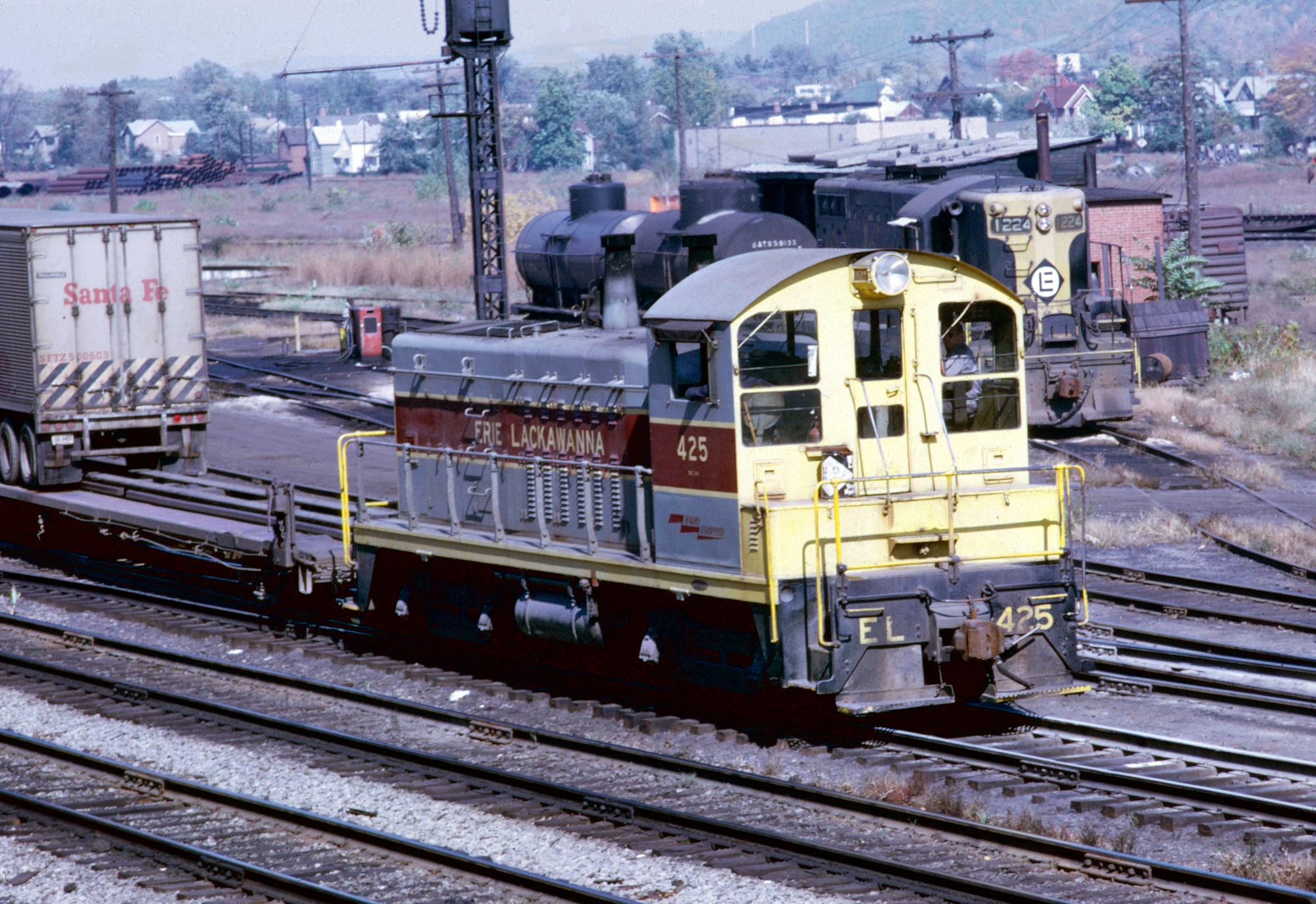 Sales for the NW2 quickly took off; not only were these little switchers ideal for any application but they were also inexpensive. EMD also offered a cow-calf version known as the TR, TR2, and TR3.

The first and final models (TR, TR3) were sold only to the Illinois Central (three sets) and Chesapeake & Ohio (two sets). 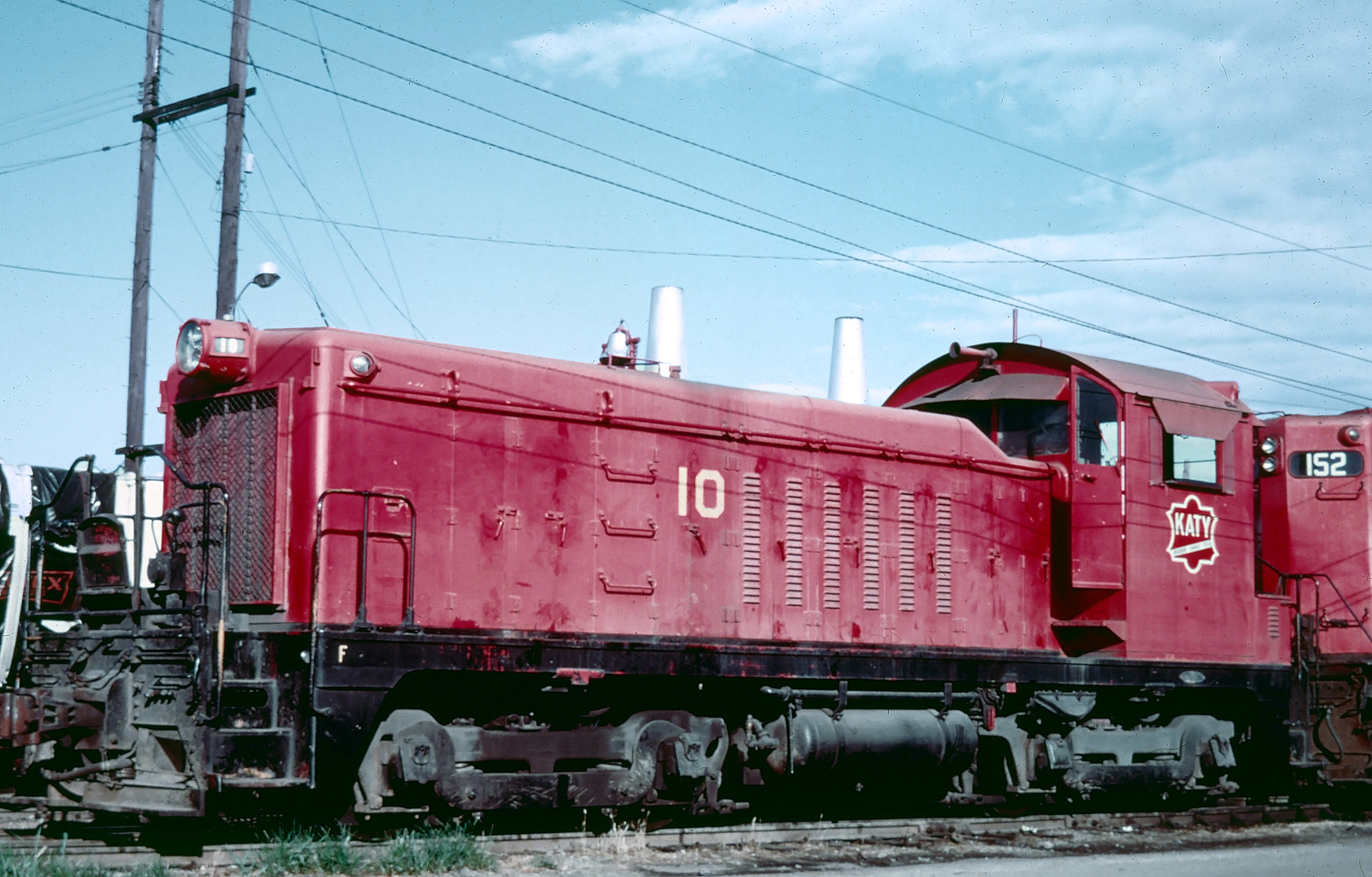 These NW2's were built at La Grange for Canadian National and Toronto, Hamilton & Buffalo. 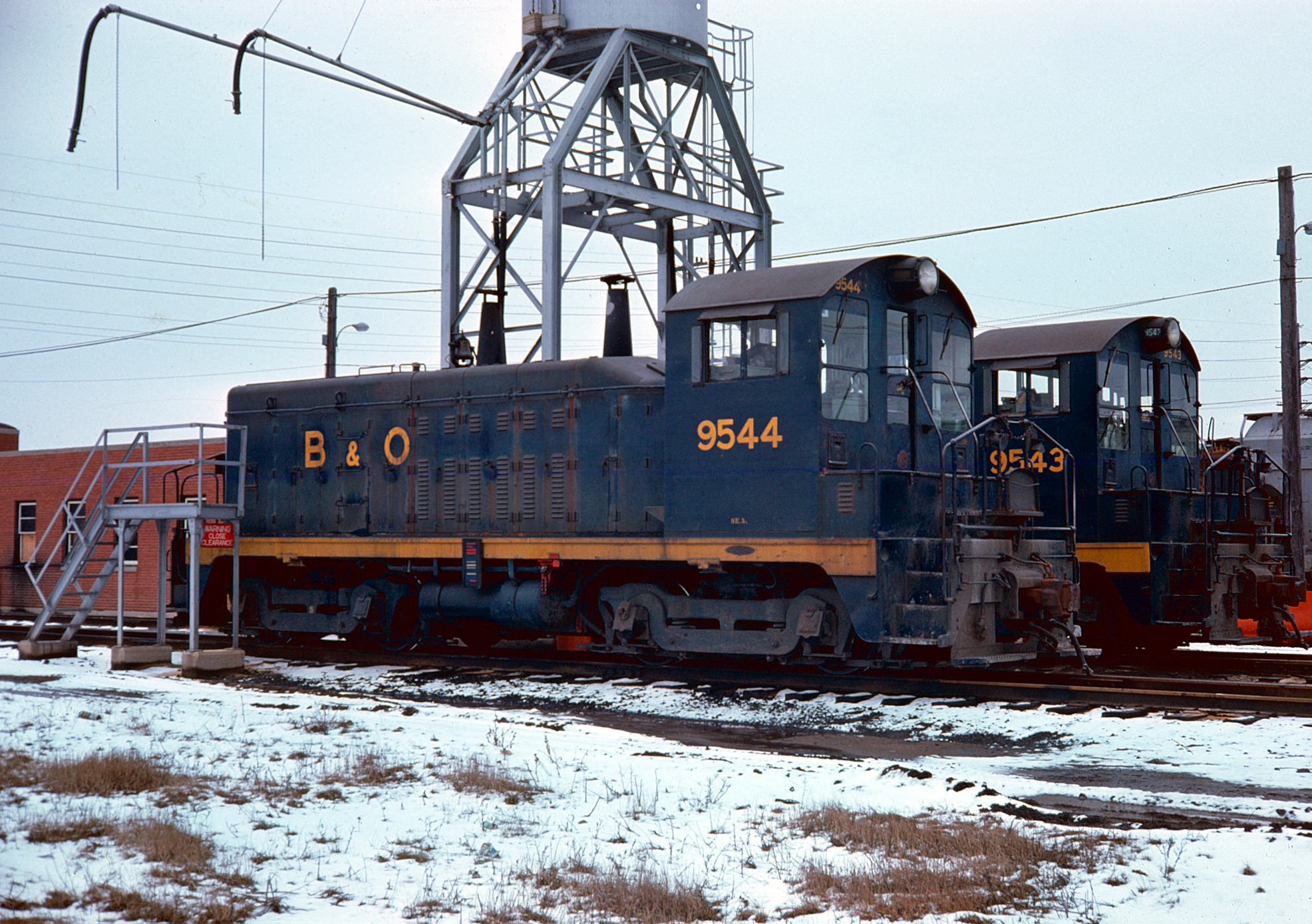 However, the TR2 was fairly successful as thirty-six sets were acquired by the Belt Railway of Chicago, Milwaukee Road, Burlington, Chicago & North Western, Chicago Great Western, Illinois Central, and Southern.

Production on the NW2 began in May, 1939 when Minneapolis & St. Louis D-139 rolled out of LaGrange.  It remained in the catalog until 1949 when Arkansas & Louisiana Missouri concluded the line in October of that year.

Today, the versatility and reliability of these small switchers speaks for itself as many NW2s remain in use in all types of applications.