The Decline Of Rail Travel (USA): Three Decades of Turmoil

The decline of trail travel began following World War II, as traffic dropped significantly, even while railroads began to update their passenger fleets with new equipment in the 1950s.

The idea behind this endeavor was to retain passengers and ward off ever increasing competition from the automobile and airplane (the development of jet propulsion only worsened the situation).

Technically, passenger rail travel peaked in this country during the first two decades of the 20th century and slowly declined thereafter, particularly with the onset of the Great Depression.

However, it also did not help that President Dwight Eisenhower enacted the Interstate Highway System in 1956 (also known as the National Interstate and Defense Highways Act).

By that time railroads were beginning to see the writing on the wall and cutback their services, with most giving it up altogether by the start of Amtrak in 1971. 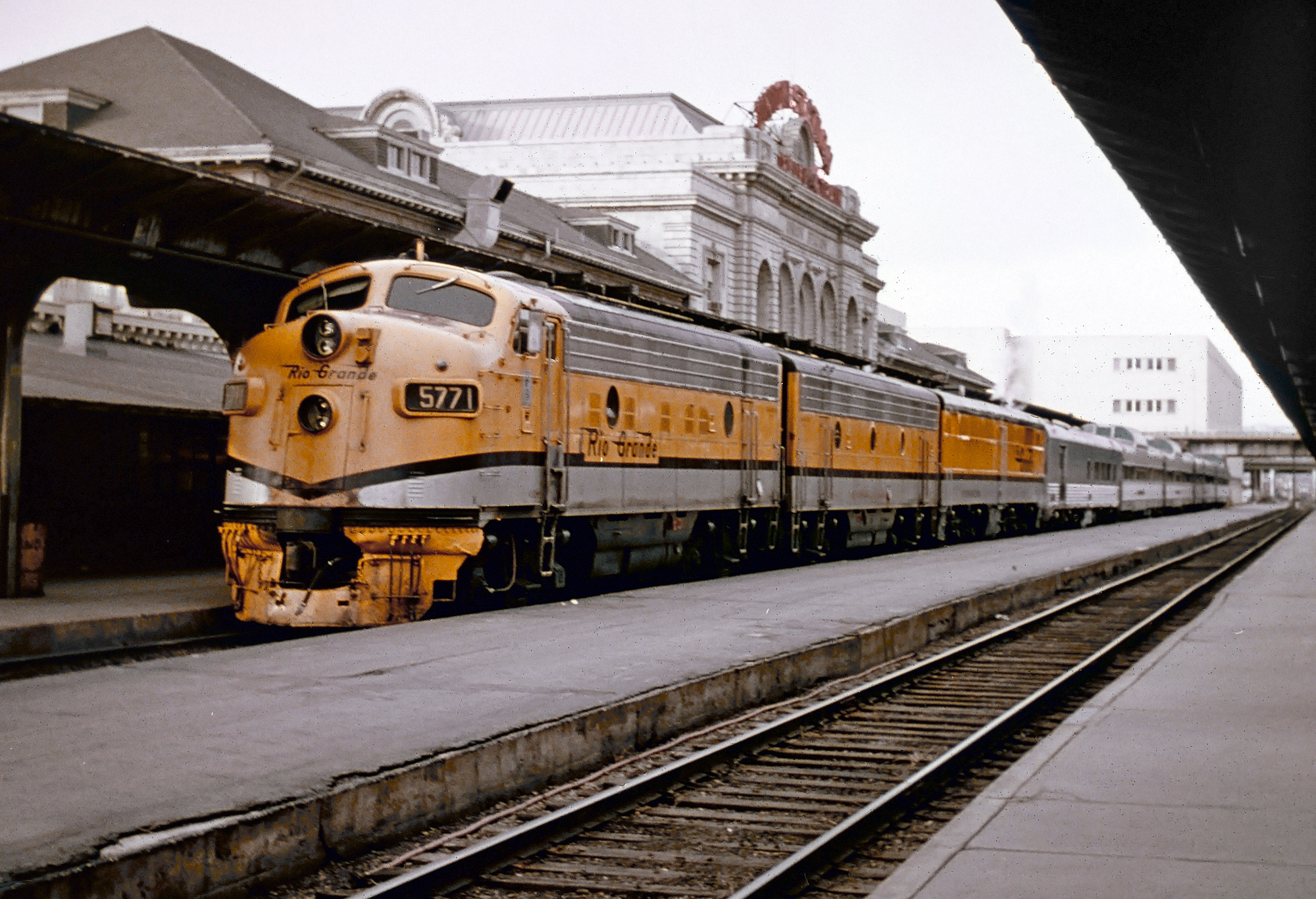 The Rio Grande continued to host a truncated version of the original "California Zephyr" until 1983, known as the "Rio Grande Zephyr." It operated only over D&RGW rails between Denver-Salt Lake City. Led by F9A #5771, the train is seen here at Denver Union Station on April 21, 1973. Joe Kmetz photo. American-Rails.com collection.

Our high speed four lane corridors that we take for granted today did wonders in helping to improve travel but it was essentially the death blow for the “Golden Age” of passenger rail travel as people took to the highways in even greater numbers.

While new equipment in the 1950s helped bring back some passengers, overall the returns fell extremely short and in the end it only proved to be a costly waste of money as the decline only continued.

To make matters worse railroads were also losing a larger share of their bread and butter service, freight traffic to trucks that now had a high speed, free, and well maintained four-lane highway system to move goods.

While trucks are always more efficient at moving short-haul freight the new Interstate system was also taking away a larger share of the railroads’ long haul traffic. 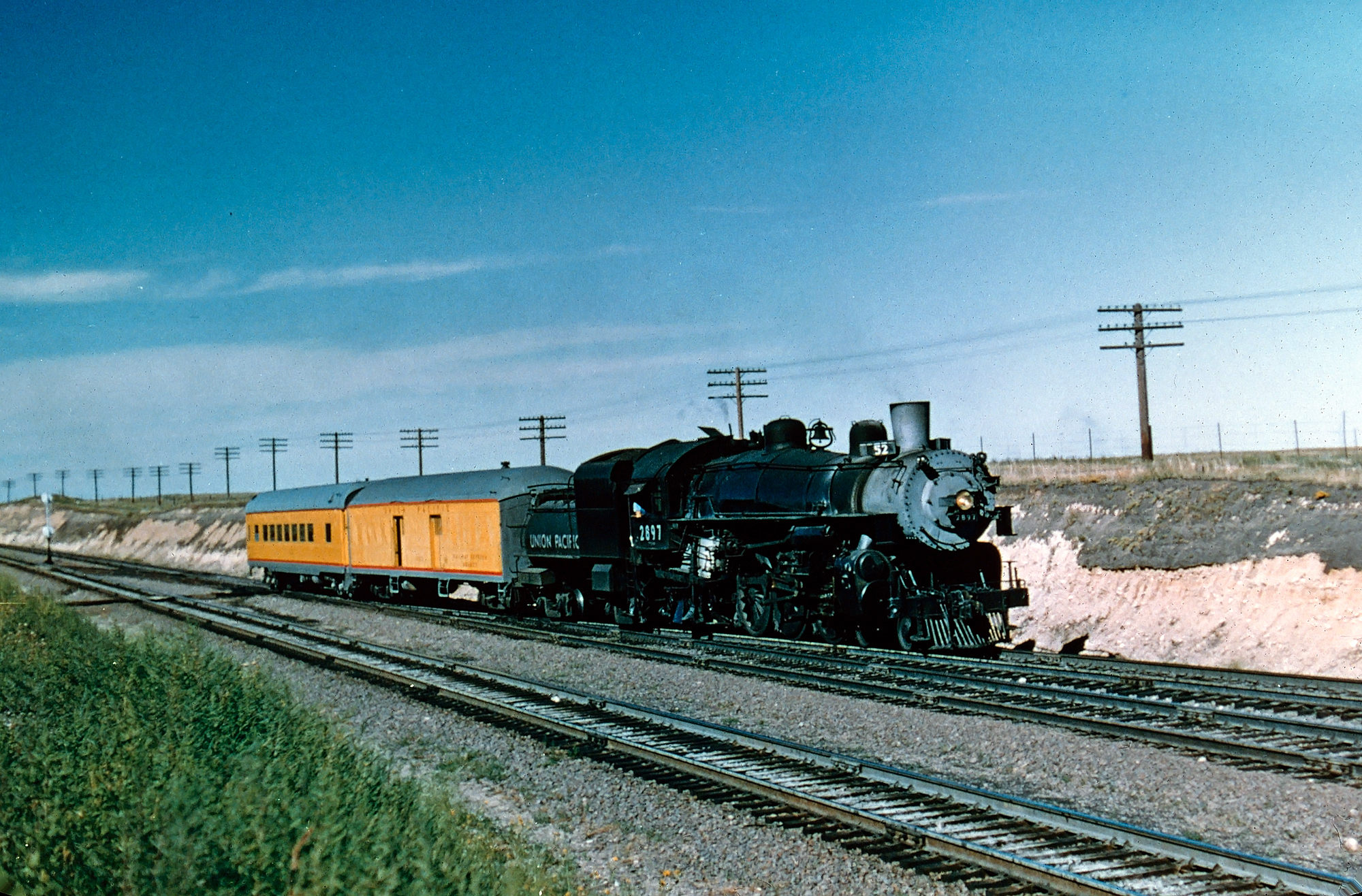 While passenger trains are rarely profitable, before the 1950s railroads were earning enough that their freight revenues could easily offset the losses.

It can be said (which is true) that one reason for the decline and the “depression” of the railroad industry as a whole, which occurred beginning in the 1950s until deregulation in 1980, is the result of severe sanctions and regulation by the Interstate Commerce Commission (ICC).

However, the railroads also, in a way, caused their own downfall by the shoddy and monopolistic practices they took part in during the 19th and early 20th centuries (which resulted in many of the regulations imposed on them). A few stats regarding the decline during these years:

In any event, by the 1960s three things were clear about the decline:

As a Boston & Maine official was once quoted as saying, "Every rate case has become a carnival of oratory."  The 1960s also saw the end of the government’s lucrative mail contracts it held with the railroads and only furthered the decline as its loss was a severe blow to passenger traffic earnings. 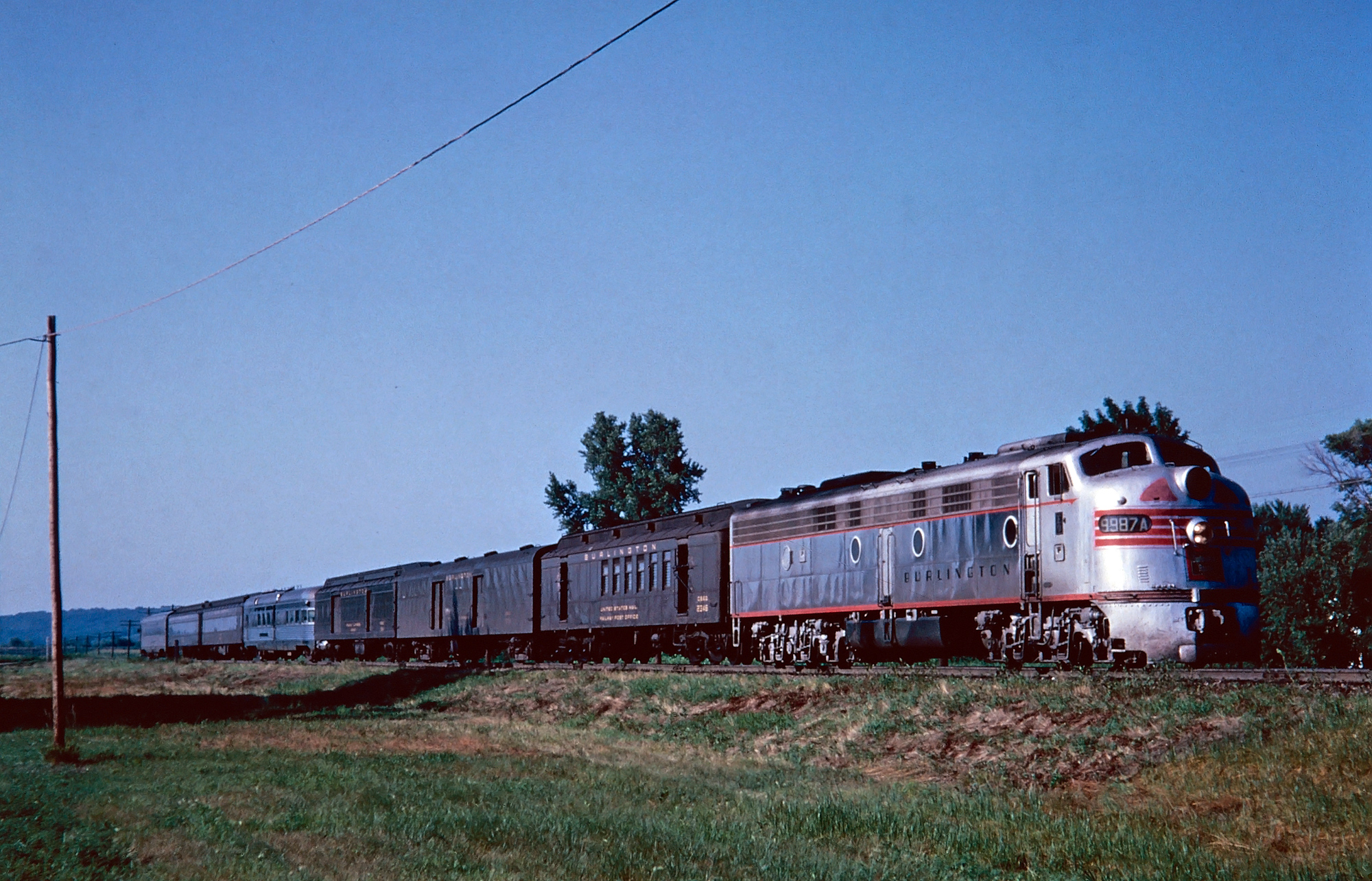 Burlington E9A #9987-A with the evening run between Kansas City and Omaha, circa 1966. This unit was involved in a horrific head-on collision at the interlocking in Montgomery, Illinois on September 27, 1964 when its train was misdirected into a waiting Rock Island passenger train detouring over the CB&Q. It later returned to service although the two other Burlington units involved were scrapped. American-Rails.com collection.

Relief for passenger operations would finally come in the way of the National Railroad Passenger Corporation, or Amtrak, signed into law by President Richard Nixon as the Rail Passenger Service Act and the new carrier began operations on May 1st, 1971.

Government-controlled (all common stock is federally owned) and funded, Amtrak operates almost exclusively over the private freight railroads, save for the Northeast where it owns the [mostly] PRR’s former Northeast Corridor (NEC), a four-track main line operating between Washington, D.C. and Boston.

In total Amtrak operates roughly 21,000 miles of track. When it began operations railroads were asked to provide two things to the upstart passenger carrier:

In all, the equipment Amtrak would receive included 300 locomotives and over 1,200 cars. 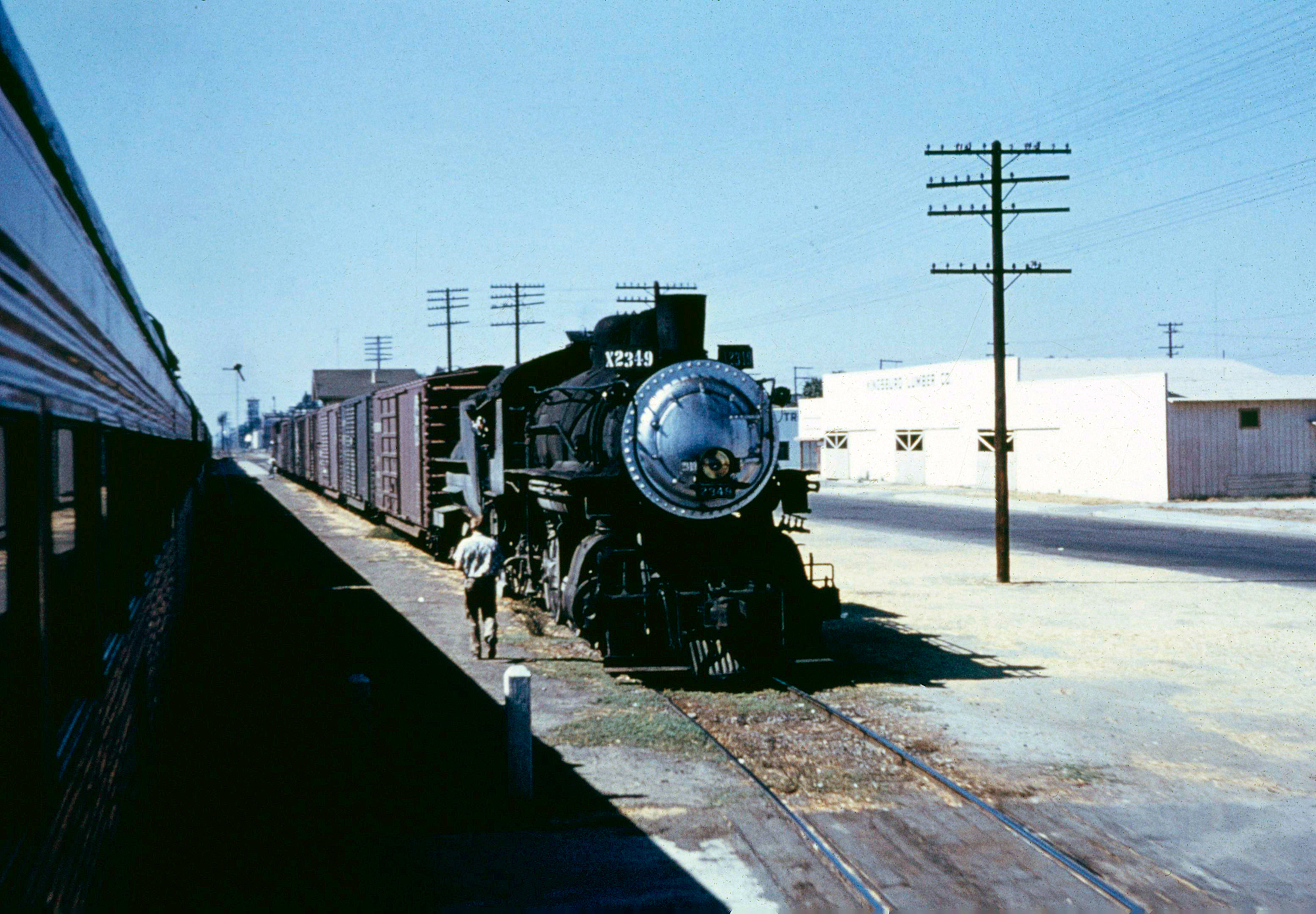 From a railfan perspective perhaps the most interesting time to watch Amtrak was during these early years when a train’s equipment hosted an entire assortment of liveries from railroads all over the country.

On the contrary, however, it was also disappointing to see a number of famous trains discontinued or canceled with Amtrak’s upstart.

While Amtrak was initially intended to become self-supporting (an improbable notion to begin with, passenger rail is rarely profitable) it quickly became obvious after its first year of operations this would not be the case.

In its first year Amtrak earned $163 million with expenses of $310 million. By 1980 things were not much better as the carrier saw $454 million in revenues and $1.08 billion in expenses.

Even though the decline of passenger railroading took place after World War II, until Amtrak’s creation in 1971 the carrier has been steadily improving and just in 2007 broke its all-time ridership record. For more on Amtrak regarding its early years through today please click here.