Defect detection cars have been scanning the rails for undetectable defects and cracks dating all of the way back to the mid-1920s with the birth of Sperry Rail Service.

Today, the company's equipment is a common sight across America with their signature yellow heavy utility trucks (the classic Doodlebug rail cars have largely since been retired).

The original cars used a system known as induction testing to detect defects and newer methods use ultrasonic testing.

Still, both methods are used by Sperry today to keep these dangerous, sometimes microscopic cracks within rails from ultimately causing accidents and derailments.

The classic, retrofitted doodlebugs which Sperry became so well known for over the years have predominantly been replaced by high-tech utility trucks and new rail cars mentioned above. 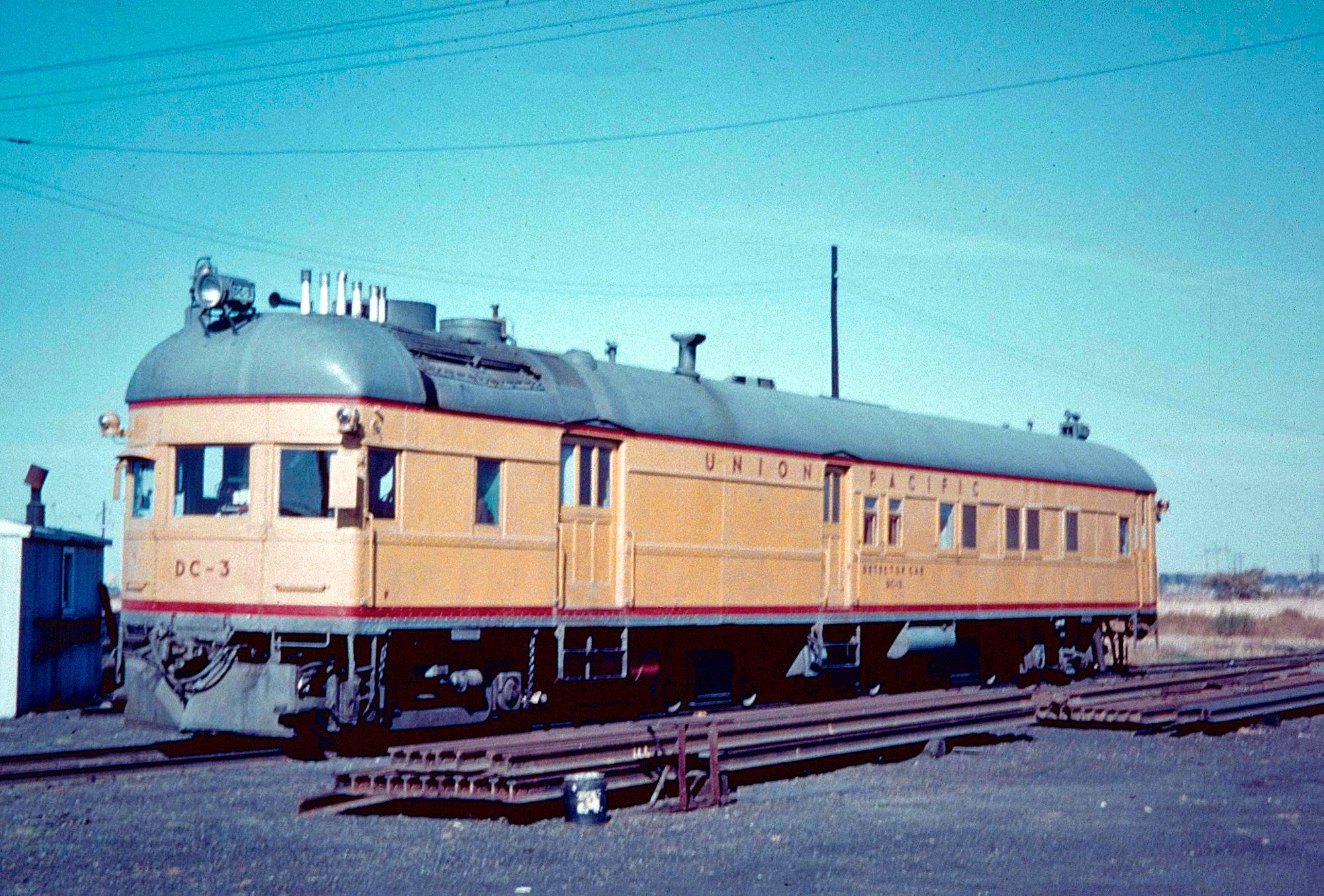 Union Pacific defect detector car DC-3 was photographed here at Lincoln, Nebraska in October, 1956. The car was built by J.G. Brill in 1928 as Detroit & Mackinac #201 and acquired by the Teledetector Company of Chicago in 1954 for detector service. It was sold to UP in April, 1954 and eventually scrapped in December, 1986. American-Rails.com collection.

The history of testing for internal track defects dates back to the early 1900s and sadly it all began with a serious accident that occurred on the Lehigh Valley Railroad.

The incident occurred in 1911 when a passenger train derailed and crashed near Manchester, New York due to what is now known as a transverse fissure, or a crack/defect within a rail that cannot be seen by the naked eye.

Four years later in 1915 the Bureau of Standards initiated research into finding a way to test and find this deadly problem, no longer was simply walking the rails to find potential issues effective.

As individual components of railroad infrastructure go railroad track is the single most important part. While the ballast and railroad ties also play a very important role within the track structure, without the rails, of course, trains could not operate.

Throughout the decades and centuries railroad track technology has gradually improved with the most important advancement coming in the development of "T"-rail in the mid-19th century.

Today, virtually all main lines with speeds above 25 mph use welded or continuous welded rail (CWR) as it is much easier to maintain than the older "stick" or jointed rail that required being bolted together.

It took over a decade for a testing method to be developed and implemented. In 1923 a Dr. Elmer Sperry, who also created the gyroscope among his more than 400 patents he would lay claim to, began development on an induction system that would test for these transverse fissures.

By 1928 he had perfected the invention and launched his company, Sperry Rail Service. While many of the large Class I railroads operate a few of their such cars, even today, for more than 80 years since its inception Sperry has often been the contractor of choice by railroads to search and scan for transverse fissures and other imperfections hiding within their rails. 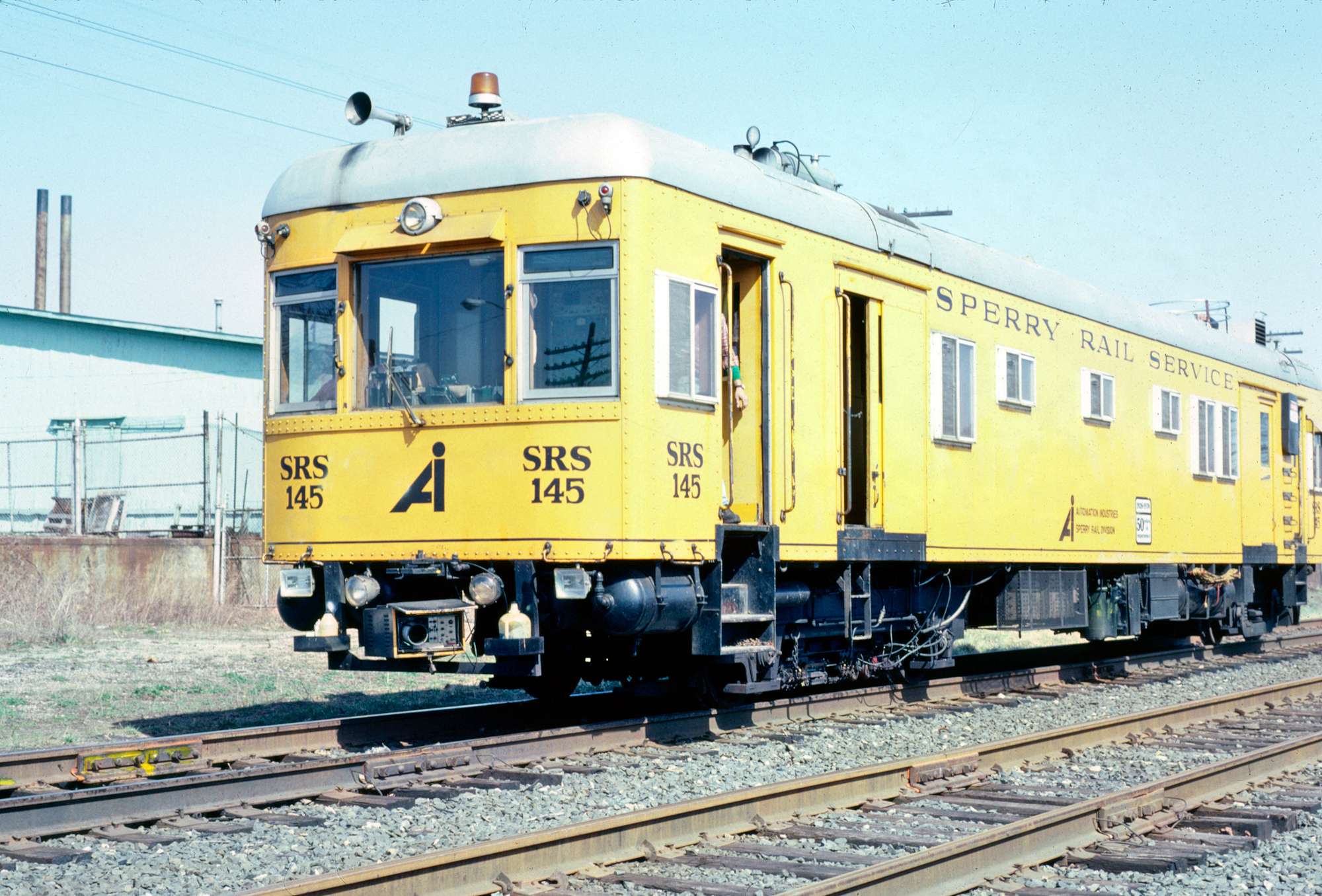 The induction method uses electrical brushes and low voltage power to create a magnetic field around the rail and the different variations in the field can mean that a unseen defect or crack is apparent within the steel.

Later, in the 1950s Sperry developed a new method for finding cracks and imperfections within rails. Ultrasonic testing uses high-frequency sounds pulses directed into the rails to detect problems, typically from a number of different angles.

Sperry's most famous defect detection cars (also known as simply Sperry cars) have always been the now-historic gas-electric cars, better known as Doodlebugs. At first Sperry built their own cars but later they purchased them from the J.G. Brill Company. 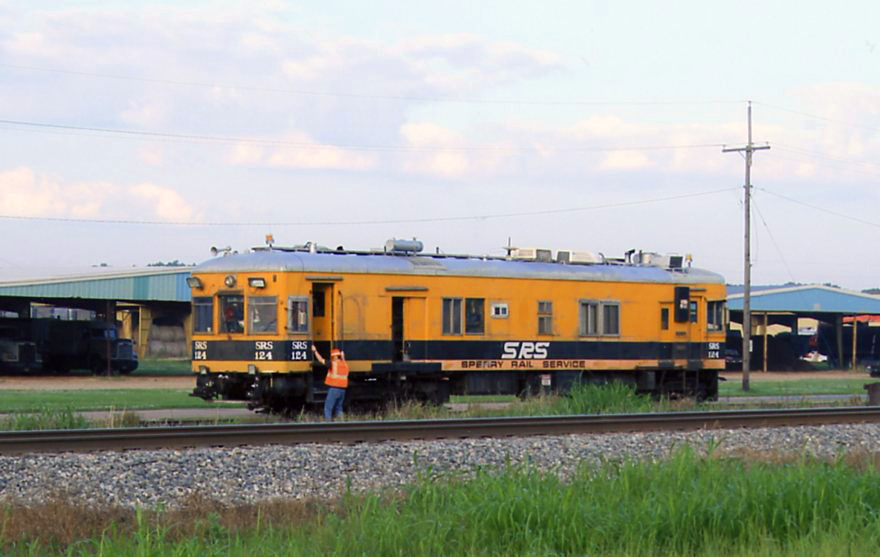 Not only did these cars come fitted with testing equipment they were also full-service, rolling hotels (complete with sleeping quarters, bathrooms, and kitchens) for the crew as many times accommodations were not available along the railroad tracks.

Later, the company began acquiring several Doodlebugs secondhand from railroads (from companies such as the Baltimore & Ohio Railroad, Lehigh Valley Railroad, and Chicago & North Western Railway), which had given up using the more efficient machines to move passengers on lightly populated branch and secondary rail lines.

In all Sperry would wind up with nearly 30 of the gas-electric cars and today still employs many of them in regular service, which interestingly haven't changed much since they were built during the first half of the 20th century! 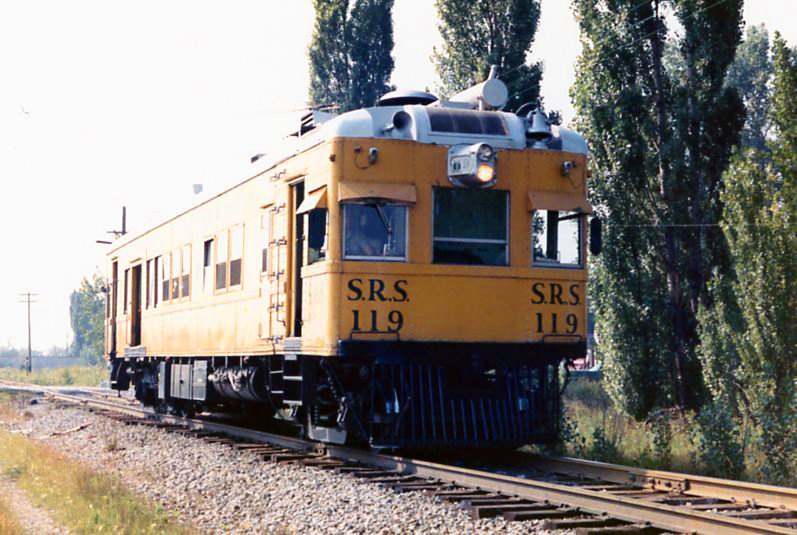 As Sperry has improved its testing methods its equipment has become lighter and easier to handle. Because of this the company has begun to retire a few of its gas-electric cars and now employs more versatile heavy utility trucks to search and test for rail defects.

If you are interested in seeing defect detection cars in action, such as those operated by Sperry this can be a tricky prospect.

Testing is done on an as-needed basis and the cars (or trucks) are constantly on the move, even though they typically only roll along at around 10 mph.

If you are interested in also photographing them and do happen to stumble upon one be sure and snap plenty of pictures then, it's hard telling when you'll see one again!