Often forgotten due to their short stint as an independent manufacturer was Electro-Motive Corporation's (EMC) brief catalog of switchers.

These critters, built in the latter 1930s in four configurations (NC, NW, SC, SW), grew in popularity during their brief production run.

While Electro-Motive products have long been recognized for their reliability and longevity, perhaps that was best exemplified in its switchers.

Incredibly, some SW1s survived on Class Is until the 1990's!  Today, you can still find early variants like the NW2, SW7, SW8, and others at work on short lines or pulling leading tourist trains. 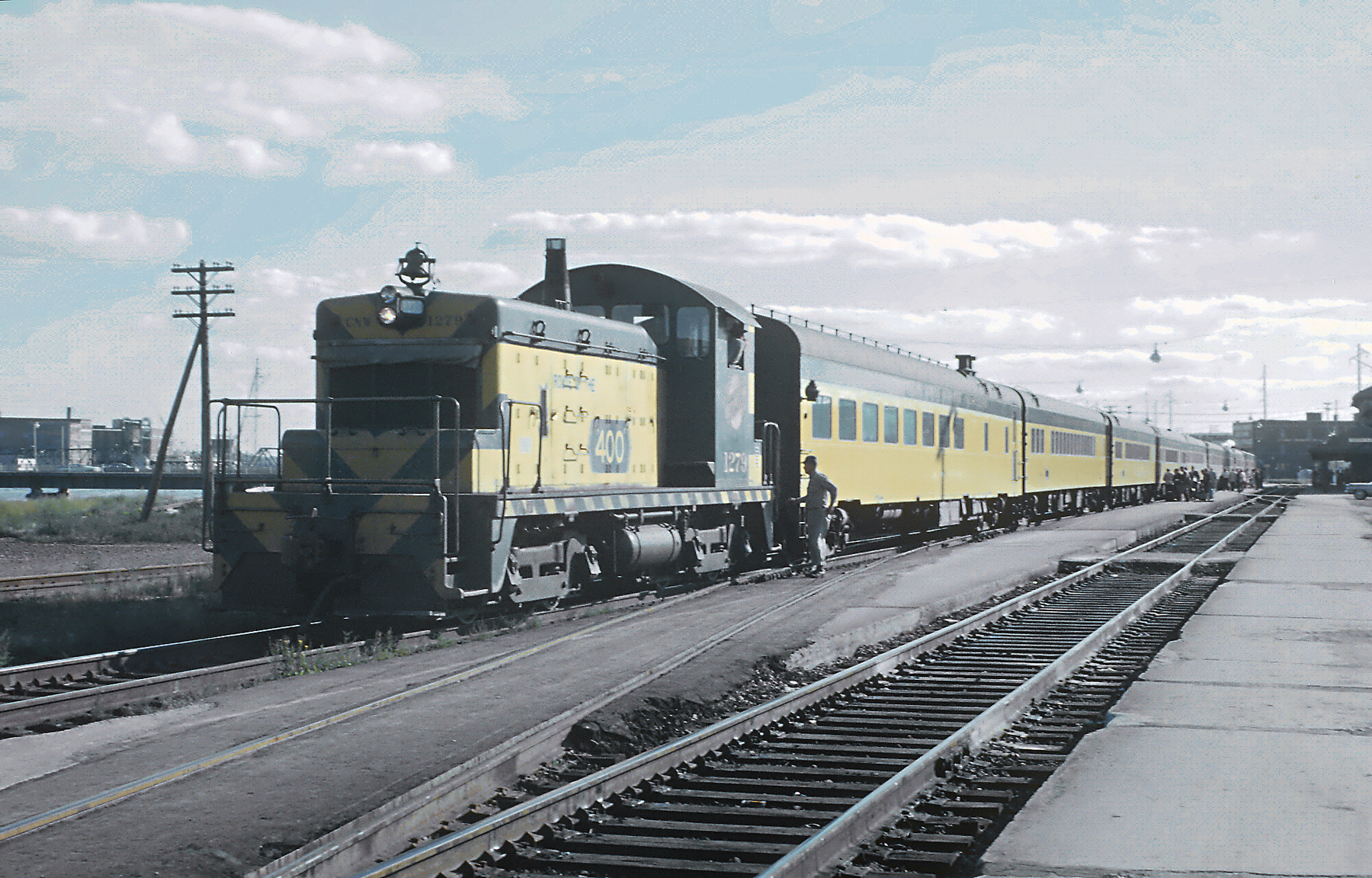 What is today known as Electro-Motive Diesel has a history dating back to the early 20th century.  EMD began as the Electro-Motive Corporation, a privately owned company based out of Cleveland, Ohio that was founded on August 31, 1922.

During these early years EMC manufactured a successful line of inexpensive motorcars for the railroad industry.

Recognizing the company may be on to something, General Motors acquired EMC in 1930 and began development on light diesel switchers and testbed main line models.

To provide a power plant for these locomotives, GM acquired the Winton Engine Company on June 20, 1930.

EMC's basic switcher was emulated by all other manufacturers; an end-set cab followed by a short hood with the entire locomotive riding on four axles (B-B trucks).

EMC's first models were the "SC" and "NC": testbeds debuted between February and October, 1935 while production models began rolling out of the company's new LaGrange (McCook), Illinois facility in May, 1936.

The letter designation stood for the following:

As Brian Solomon notes in his book, "EMD Locomotives," while welded frames were readily available in the mid-1930s, some railroads still preferred cast frames and as such EMC offered the option until 1939. 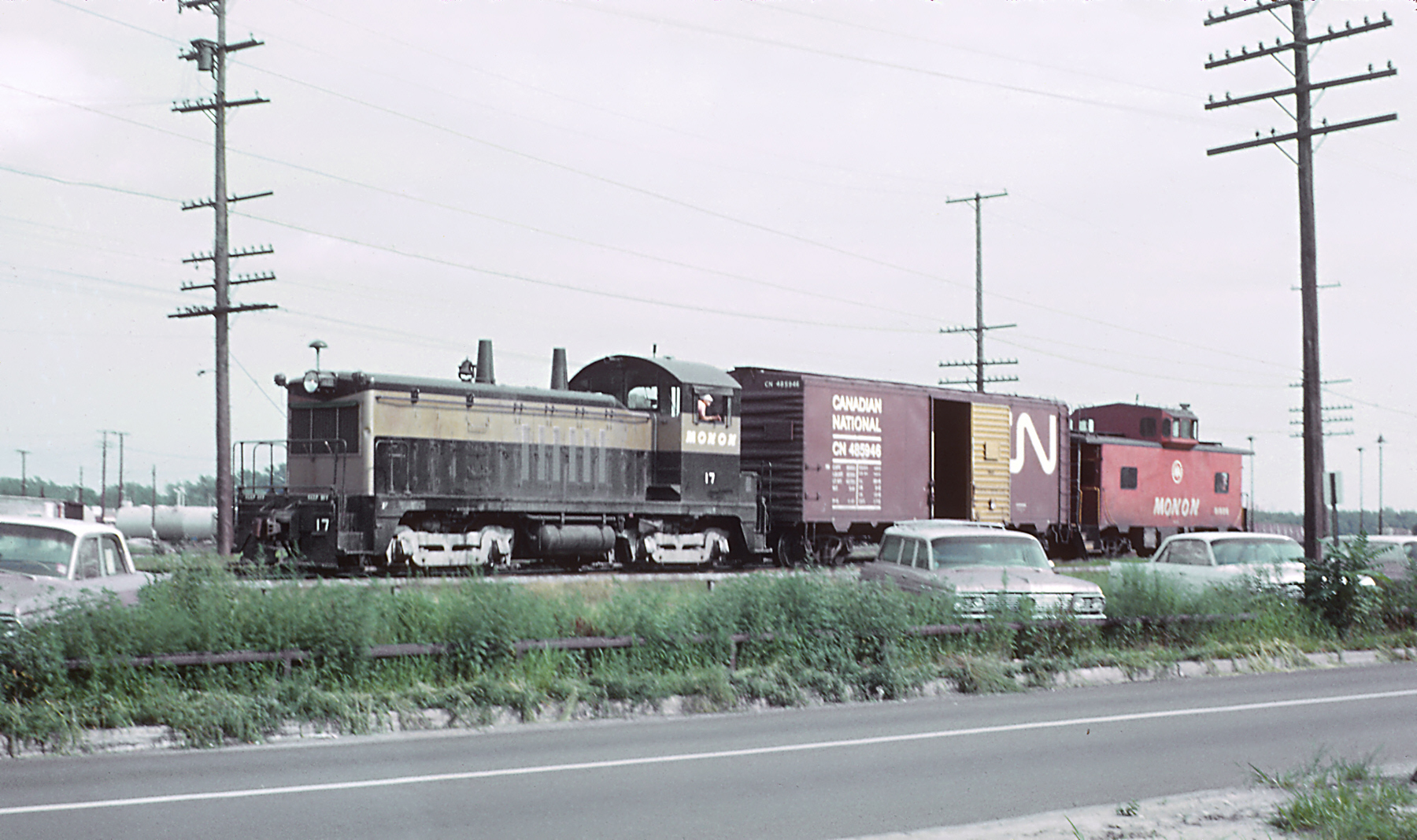 Monon NW2 #17 is shoving on a boxcar and caboose at what appears to be Hammond, Indiana in September, 1963. Roger Puta photo.

This philosophy can be traced back to the steam era where most new locomotives were built with cast frames.

Despite the inherent advantages of welding, particularly in the areas of cost and decreased weight, much of the industry remained resistant to change.

As such, some railroads continued requesting cast frames in these early switchers. The original SC and NC variants sported frames of 44 feet, 4 5/8 inches and powered by Winton's 201-A prime mover.

This basic configuration became standard for all future Electro-Motive switchers through the SW1200, a model that remained in production until 1966.

Philadelphia, Bethlehem & New England #55 was an early experimental NC unit and the only one of its type constructed.  The switcher was completed at Pullman's plant in Chicago.

There were few differences between the NC1 and NC2 variants, largely in the area of wiring in addition to MU capability. 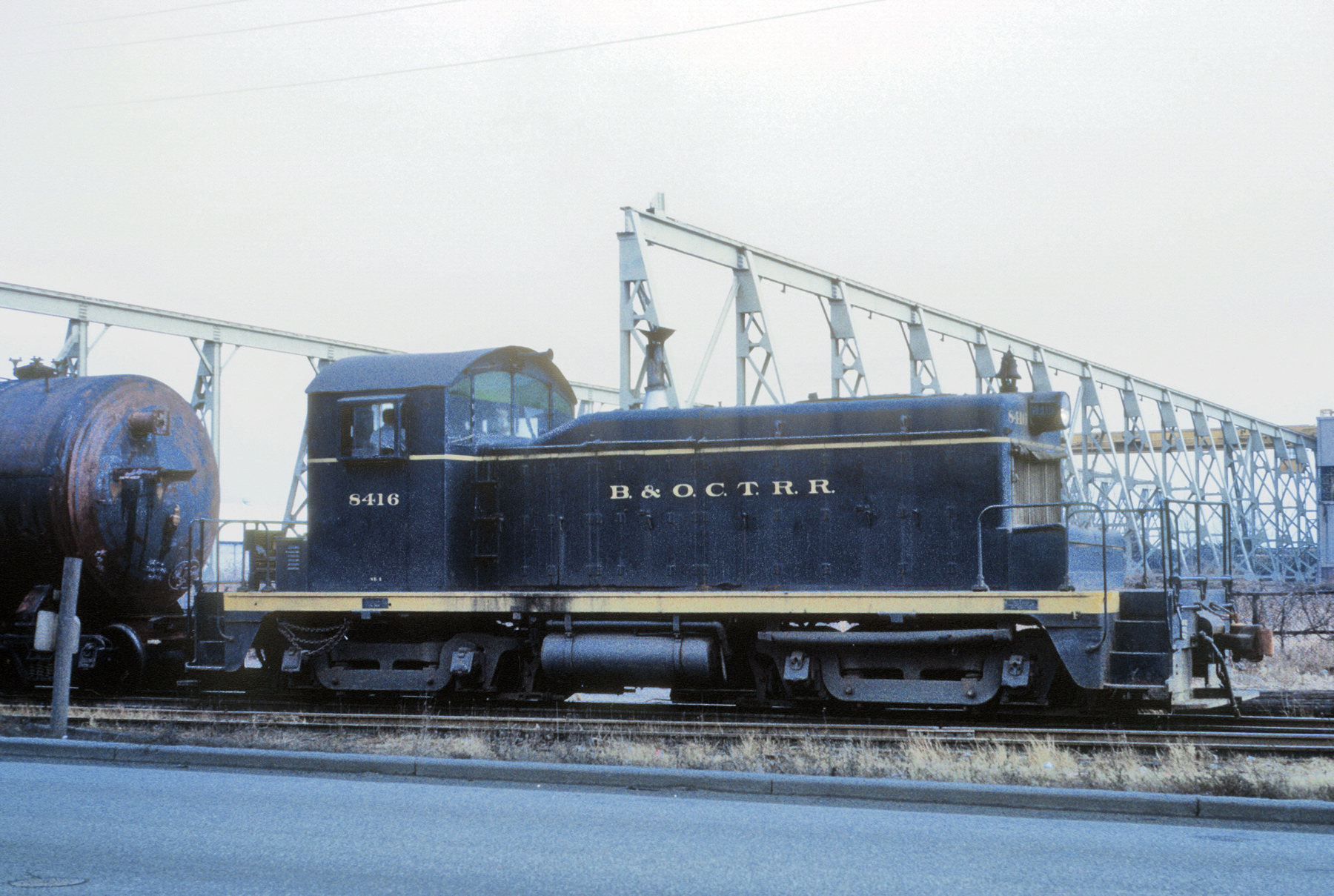 Baltimore & Ohio Chicago Terminal SW1 #8416 goes about its business with a cut of cars in East Chicago, Indiana during January, 1965. Roger Puta photo.

As Gerald Foster notes in his book, "A Field Guide To Trains," Electro-Motive would drop the "NW" line entirely in 1949 with all future models manufactured as the "SW" series.

The meaning of S was subsequently changed and instead of referring to a horsepower rating now signified the locomotive as a Switcher.

Nearly all of EMC's early switchers featured electrical components (such as traction motors) outsourced from either General Electric or Westinghouse.

However, General Motors was sinking serious resources into its own line of such components and the final NW's (NW1A) built in late 1938 for Wisconsin Central/Soo Line boasted the company's all new D37 traction motor.

In addition, the following SW1 and NW2 not only featured all GM-produced electrical equipment but also the builder's original 567 and 567A prime mover, a power plant that took the industry by storm.