The Electro-Motive Division's GP30 was one of the first second-generation models unveiled by the builder (behind the GP20).

The locomotive improved on some of the features of the GP20, notably an upgraded prime mover but also retained new advances first found on the earlier model like equipment to help keep the engine compartment even cleaner.

In many ways the GP30 offered an updated carbody to the earlier model such as the bulge over the cab and a more flush nose design ahead of the crew compartment.

Aside from the model's design and carbody features it was an answer to General Electric's new U25B that surprised the industry when it was released in April, 1959.

For being somewhat of a reactionary design, EMD again found big success with its latest model, selling nearly 1,000 examples to dozens of Class I systems.

Today, the GP30 is very well preserved with numerous examples at museums in operation on tourist lines. Additionally, others remain in service on short lines. 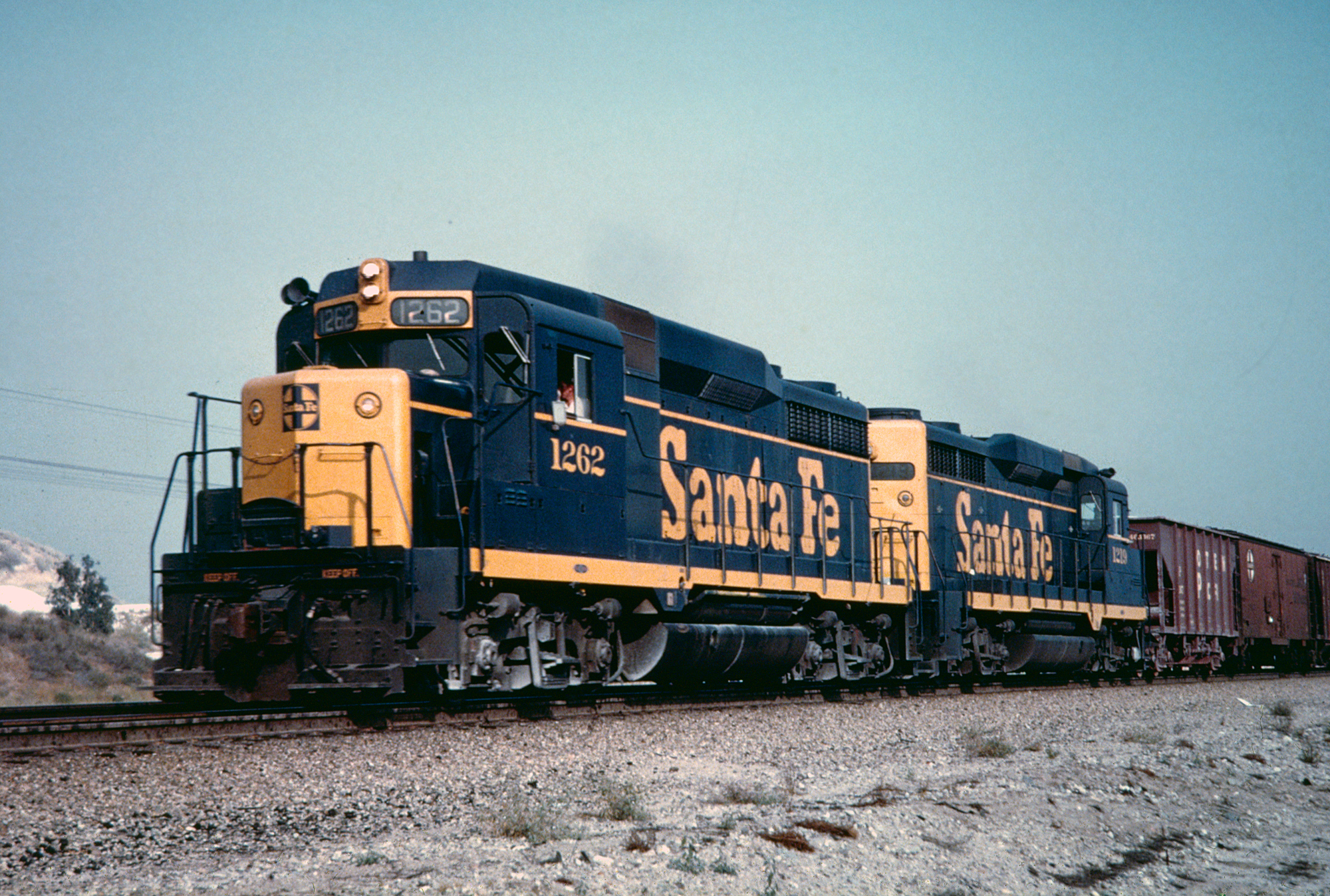 The GP30, which debuted in 1961 and was built through 1963, was one of the EMD’s first models of what is commonly referred today as second-generation power, or those diesel locomotives that are clearly defined from early models with less horsepower and fewer other technological features.

While the common low, short hoods on EMD's diesel locomotives began to appear as early as the GP9s, the GP30 was one of the first models to include it as a standard design feature along with the earlier GP20.

- Until the FRA mandated that the wide "safety" cab design be employed on every new locomotive in the 1990s for added safety, the low, short hood design became common with all EMD models after the GP30. - 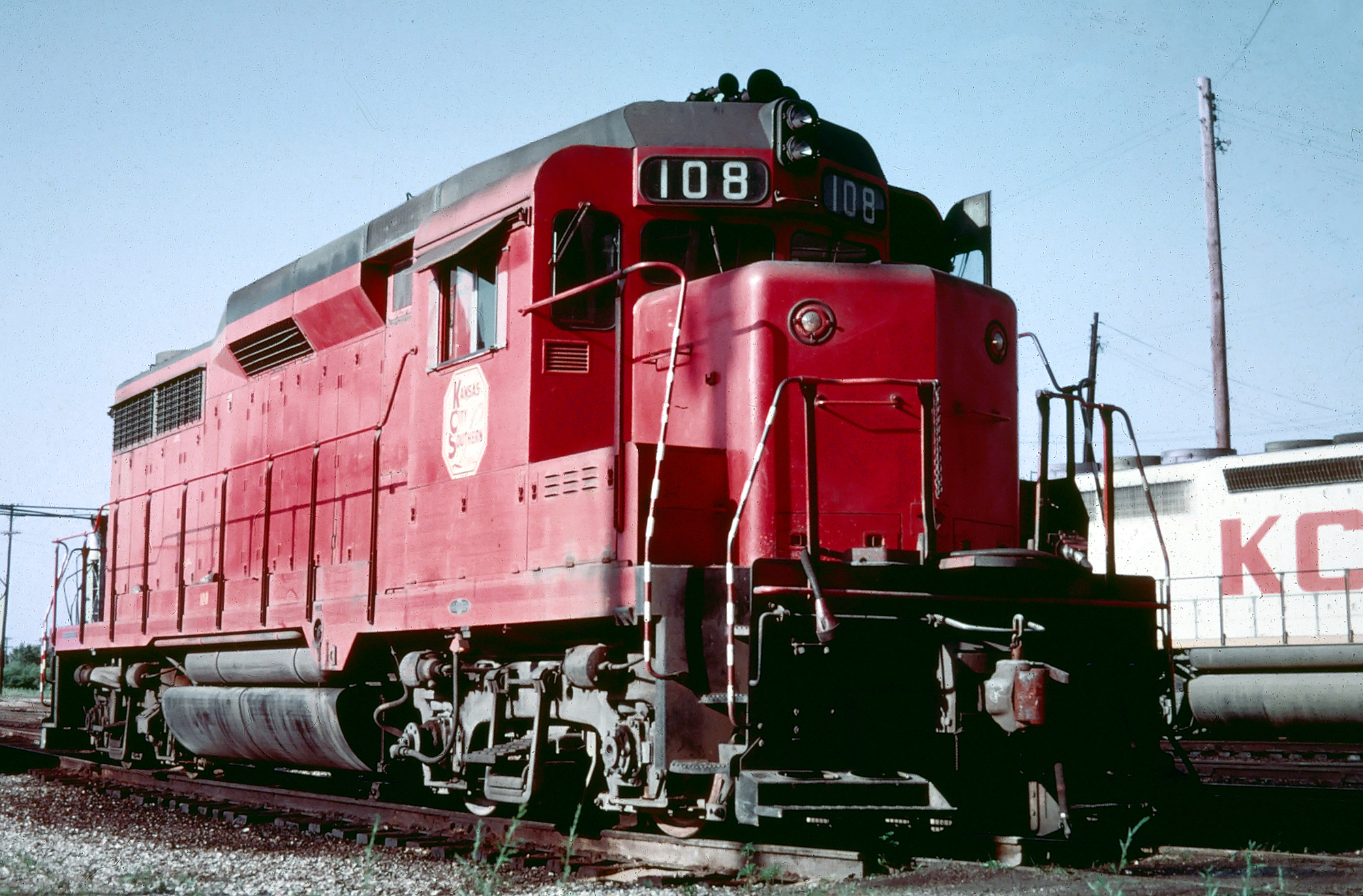 Much improved over early models like the GP7 and GP9, the GP30 boasted: 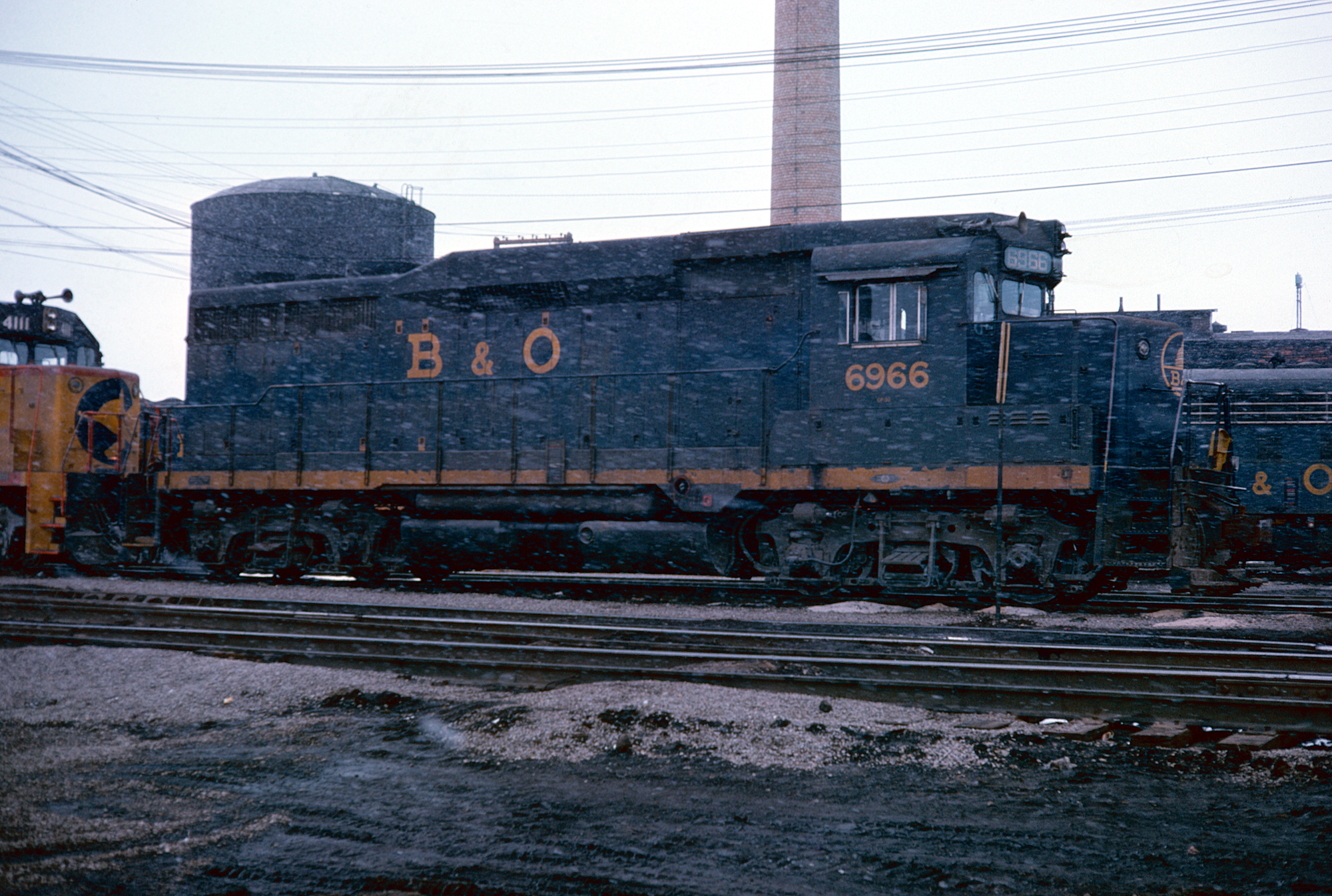 When the model debuted it could be found from coast to coast on roads like the Baltimore & Ohio, Union Pacific, and Southern Railway and was beloved by railfans for its unmistakable bulge behind, and above the cab. 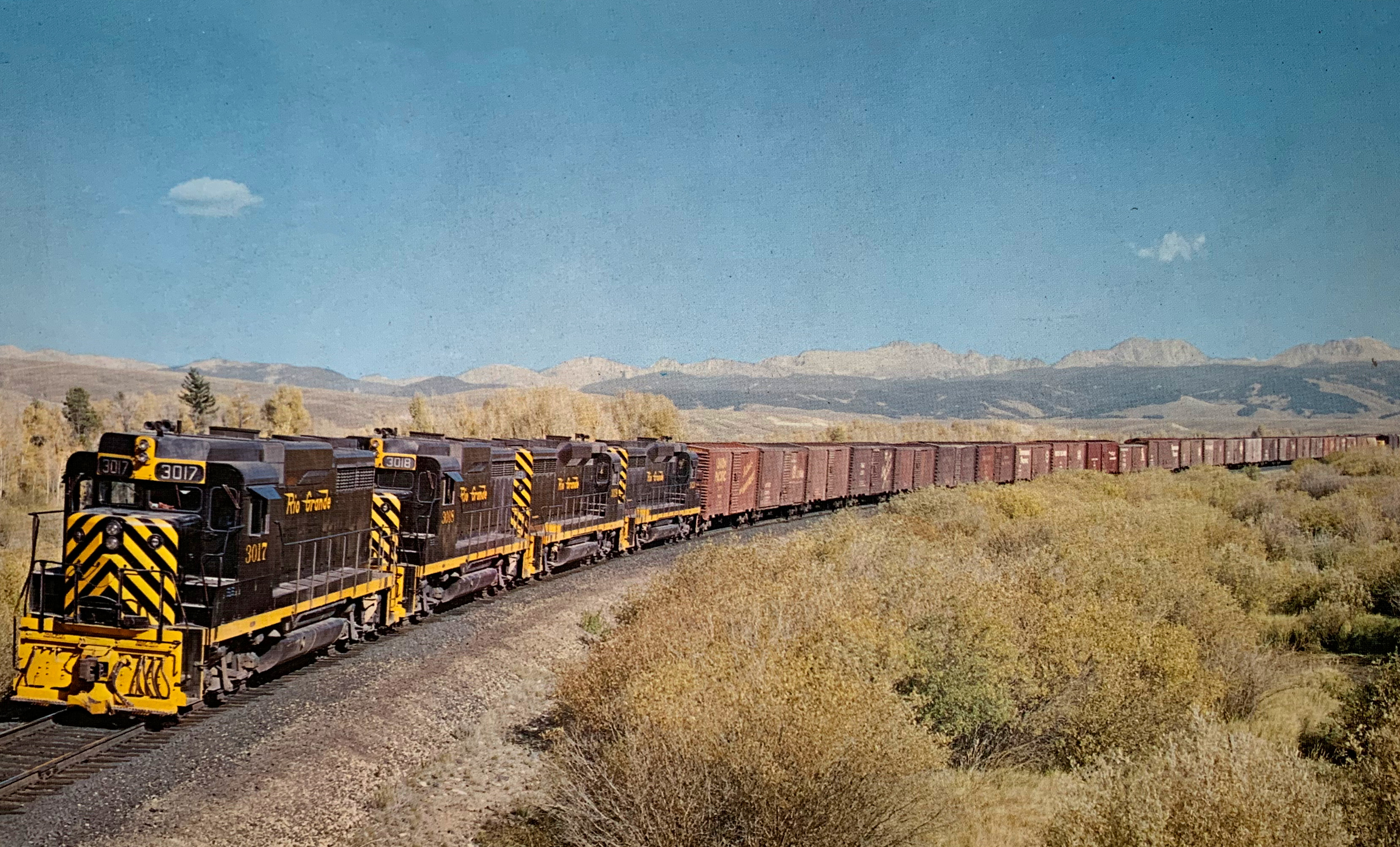 In this Rio Grande publicity photo, a handsome quartet of new GP30's (#3017-3020) muscle an eastbound freight upgrade near Granby, Colorado in the late summer of 1963. Author's collection.

This feature ran along the roof-line where the dynamic braking was housed over the engine but was cosmetic in nature only, giving the unit a clean look.  It was not featured on any subsequent model.

It should also be noted that nearly all future EMD models after the GP30 offered turbocharging thanks to the experimental test Union Pacific did with a few of its GP9s. In truth, turbocharging was not a new novelty in diesel locomotive development. 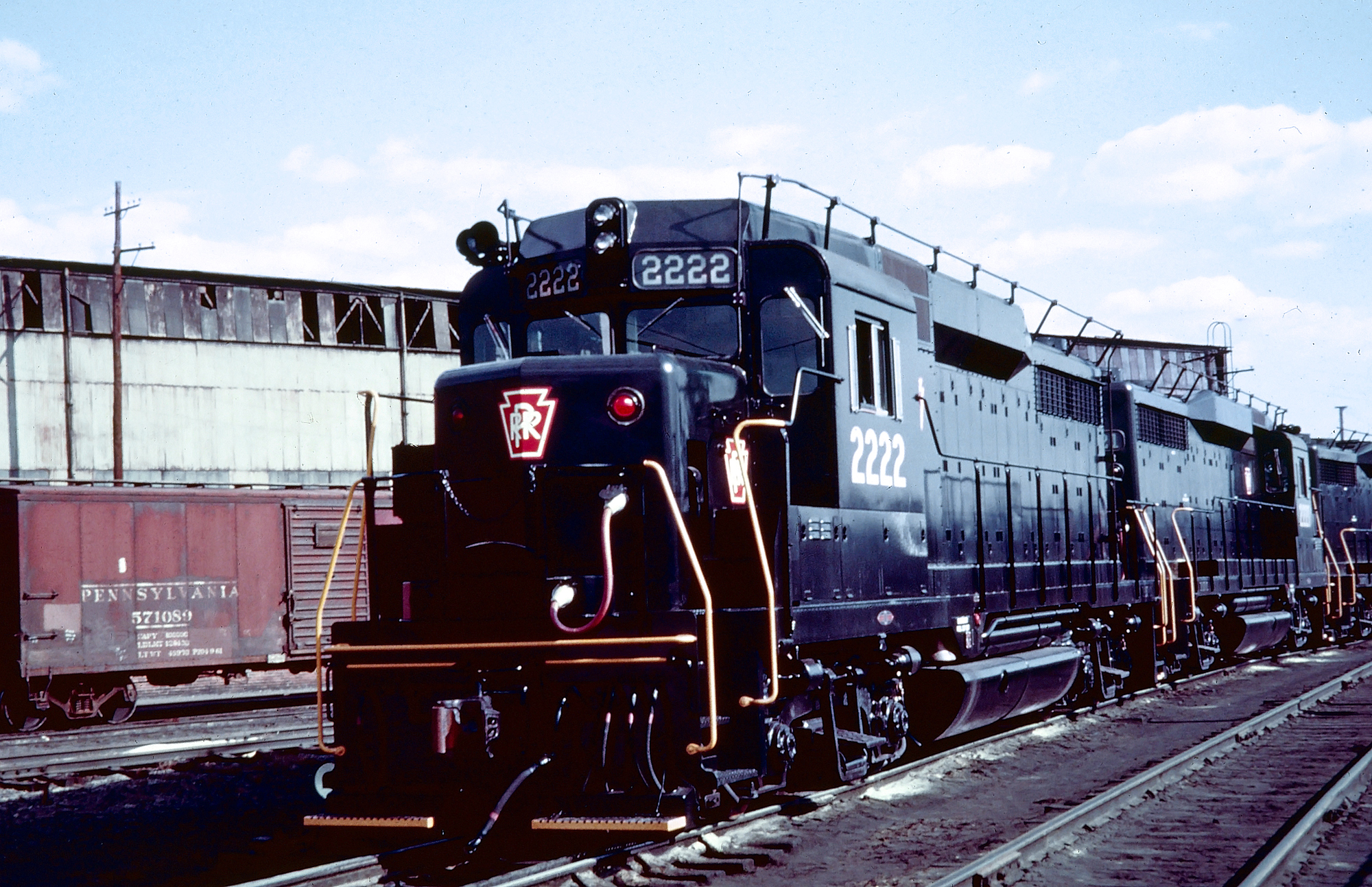 Recently delivered Pennsylvania GP30's, with #2222 closest to the photographer, are seen here at Enola, Pennsylvania in April of 1963. Fred Byerly photo. American-Rails.com collection.

The American Locomotive Company (Alco) pioneered its use in its early road switcher models which dated back to the early 1940s.

Interestingly, there was a cabless GP30B design built but only for UP, which purchased 40, numbered 700B–739B with four equipped with steam generators for use in passenger service. 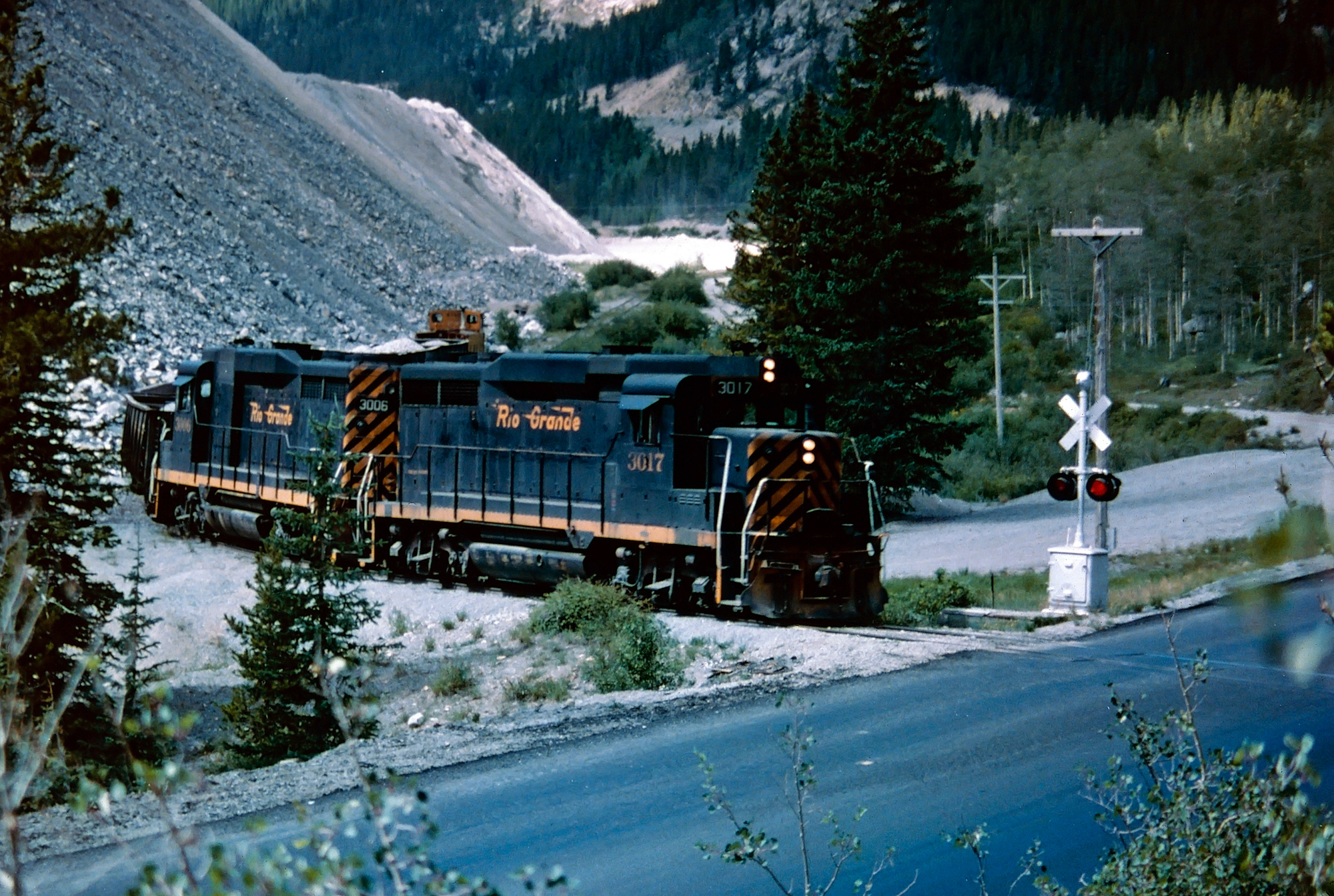 Rio Grande GP30's #3017 and #3006 bring a load of limestone down the stiff grades of the Monarch Branch near Monarch, Colorado on August 24, 1979. Robert Harmen photo. American-Rails.com collection.

Once again, Canadian lines took no orders on the GP30 as all buyers of the locomotive were located in the U.S. The largest orders for the model came from Union Pacific (111), Southern (120), and the Santa Fe (85).

Time and wear have naturally taken their toll on the GP30s' ranks but one can still find several roaming around on short lines, regionals, tourist railroads and even some Class Is (mostly, though, as either rebuilds or slug units on Class Is).

Like almost all EMD locomotives the GP30 was built to last and it has certainly lived up to this reputation!

Places you can still find the GP30 in operation includes the:


There are also a handful of former GP30s still in use by Class Is; BNSF has a few former rebuilt Santa Fe units still roaming the system and CSX has converted some of theirs into slugs.