I grew up in the early forties with steam locomotives of the Northern Pacific Railroad going by just down the hill from our house. Many hours were spent walking those rails, putting pennies on the track to be flattened and talking to hobos in their makeshift camps. Summertime was spent at the ice house watching workers load blocks of crushed ice into refrigeration cars to keep produce cool. My brother and I learned that if we stayed out of the way, the workers didn’t mind us being there and would at times show us how things worked and invite us into the ice company to look around. About half a mile from our house, Northern Pacific had a train depot that we would go to and watch passengers get on and off the train. The enormous size of the engines with steam hissing from the piston cylinders, the bell ringing, and whistle blowing as they entered and departed the station excited me. A large fan shaped roundhouse was just a short distance from the station where we would go and watch the engineers move the engines unto a turntable to line it up with other tracks. The workers were always friendly and seemed pleased that we would take an interest in how things were accomplished. 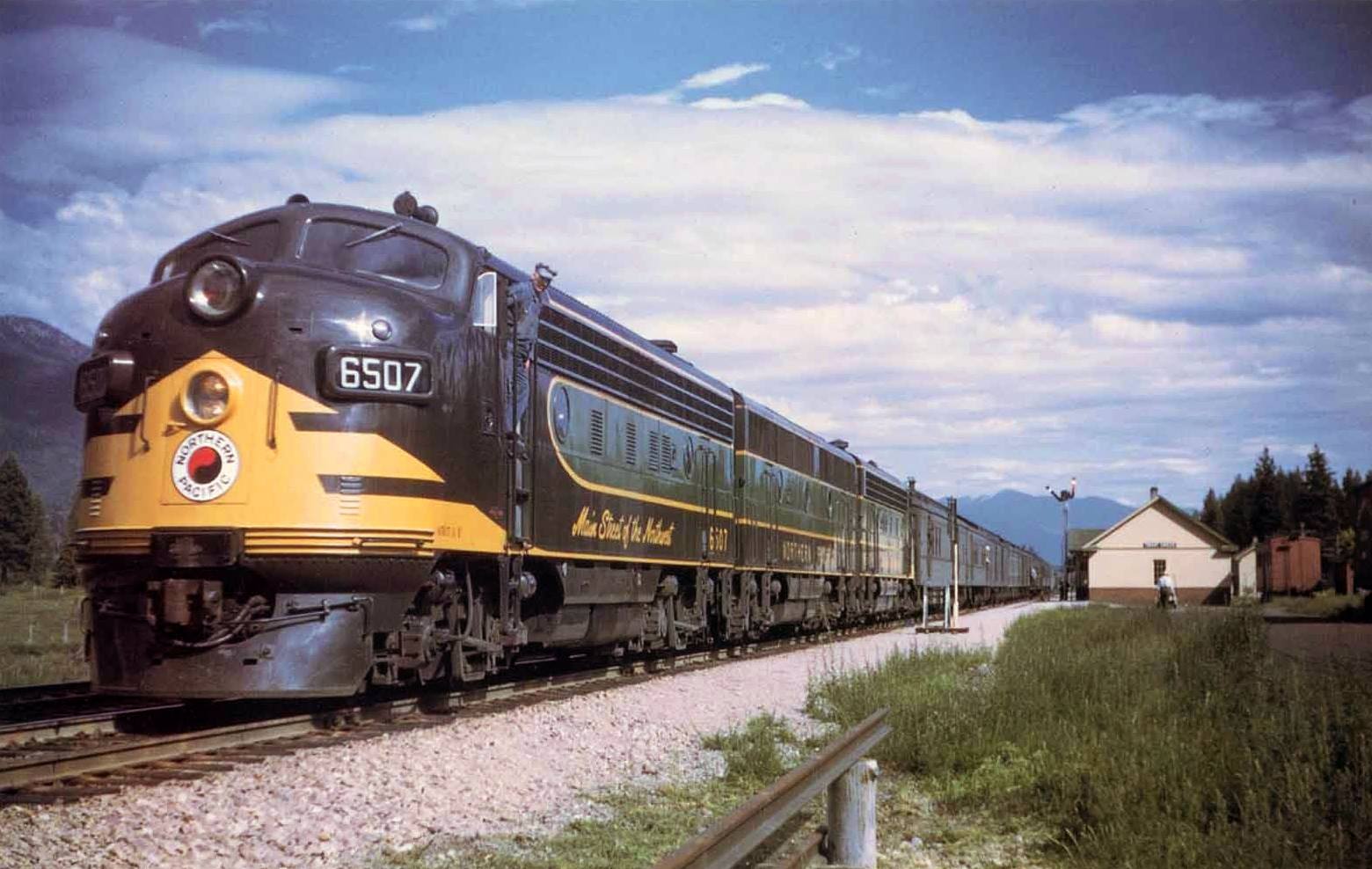 In the summer time I use to walk five miles each morning out to the berry field to earn money for school clothes. The railroad track went right by the field I picked in so I would walk the rails each morning to get there. Each morning I went past a switch house with a steam locomotive sitting by it and the switchman and engineer standing outside talking. Eventually about half a mile from the field the train would finally appear with its whistle blowing and the engineer waving to me while leaning out the window. One day while walking by the engineer asked me if I would like a ride which I enthusiastically accepted. For years I have dreamt of just riding on a train but now I was going to do it in style, up front with the engineer. The vibrations and noise as the train started to move were running through my body and spellbound me beyond my wildest imagination. It wasn’t a long ride and only took a few minutes but it was a memorable one that I thanked the engineer for.

Eventually I grew up, spent thirteen years in the Navy, got married and had children. But I never forgot the train ride and when my wife and I traveled it was usually by train. Quite often we would head for the many scenic tourist train rides especially if we knew it would have a steam locomotive pulling it. I eventually got my own steam locomotive train line but on an HO scale and set it up in my full basement. My son and I spent many hours moving the trains from the city to the country through the mountains and along the fishing ports that we built. A lot of our ideas would be developed by going to model train shows at fairs and museums. The local community college even offered a course in model railroading which I took one year. 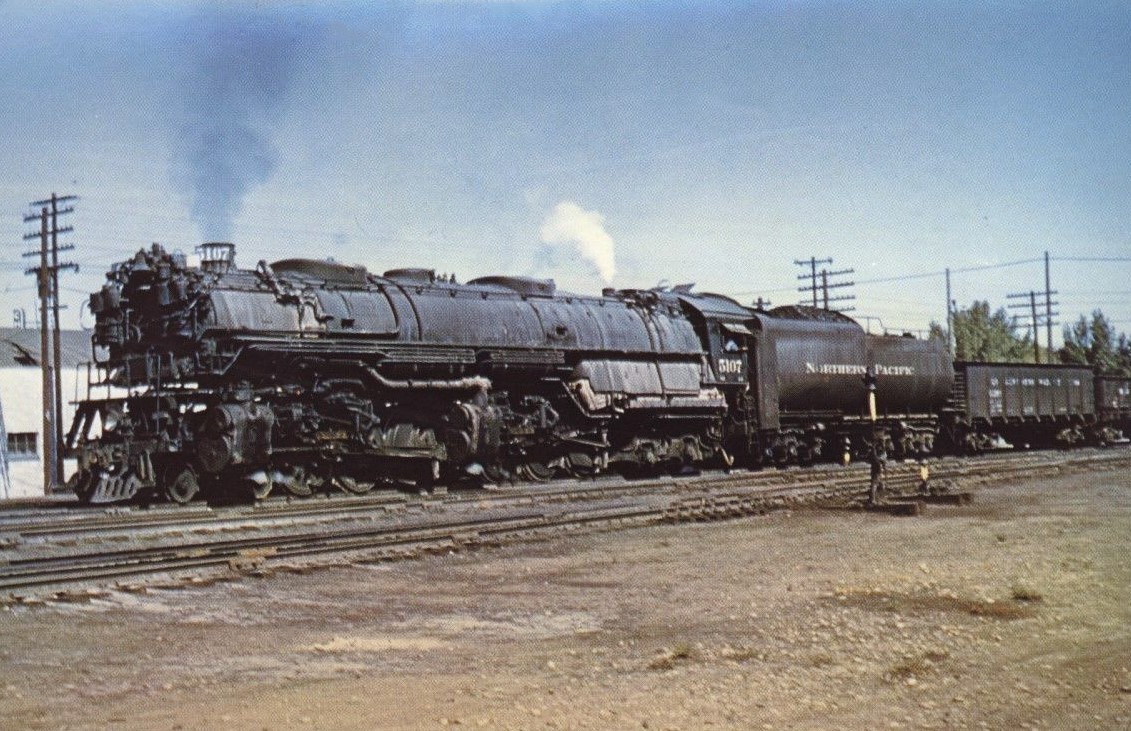 My wife use to go on business trips all the time and would invite me to go along. I would always decline and stay home with my son and daughter. One year she said that she was flying to Los Angeles for a three day meeting and wanted to know if I would go. To her surprise I agreed and said I was taking our son along also but that we would only be staying in L.A. the last day she was there. We arranged for a rental car before leaving and when we arrived at the hotel we dropped my wife off and headed south to San Diego. In 1959 while in the Navy at San Diego I visited the San Diego Model Railroad Club in Balboa Park. It was in a much smaller building then but was still quite impressive. The size of it now was unbelievable and we thought of everything we wanted to do at home.

One day my wife asked me build a pantry for our summer canning in one corner of the basement that she saw we weren’t using. It seems that shortly after the pantry was built, the railroad decided that it must invest in new expansions and ran its new tracks up to the pantry wall. Not wanting a wall to get in the way of development we eventually sawed small holes into the wall of the pantry on both ends and ran the tracks behind the vegetables and canned fruit. Everything worked out fine until my wife came down the stairs one day carrying a five pound bag of popcorn. She dropped the bag on the railing which ripped it open and we had popcorn all through the layout. Thirty years later I gave the layout to my son and when we moved it over to his place we were still picking popcorn out of the scenery. 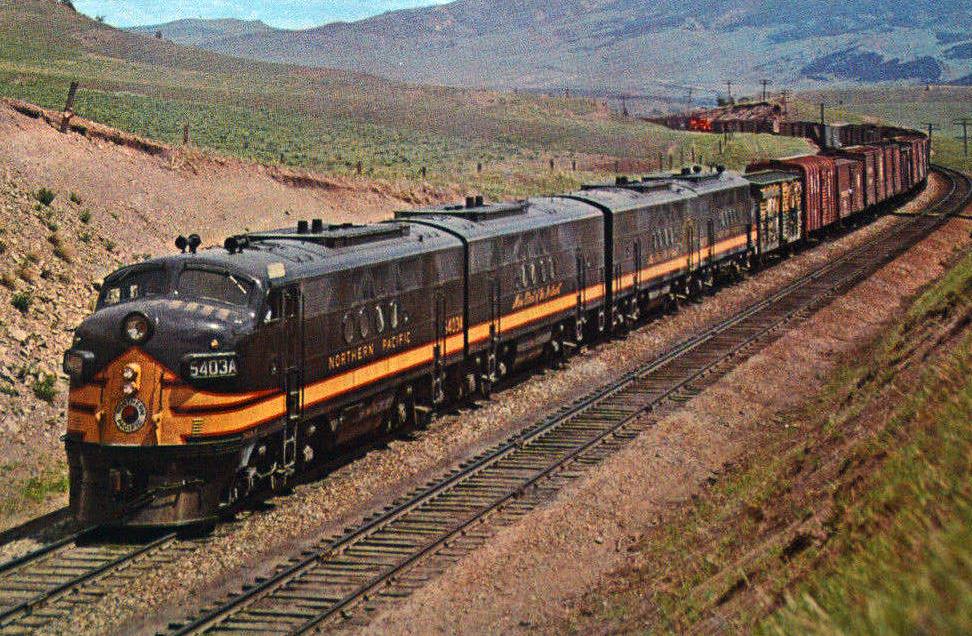 I never got over my love of trains and while working for the city, one of my jobs was to cut the grass along a half mile stretch of railroad track belonging to BNSF railroad. BNSF had two tracks that went through town and the one spur went to a feed mill at the west end of town. Two or three times a week the train would bring ten to fifteen car loads of feed to the mill and it wasn’t uncommon for the engine to remain in town for several hours at the siding. For twelve years I usually drove a large tractor with a brush hog on it to cut the grass and it would take almost all day. As I would go back and forth cutting the grass the engineer would be watching me from his seat in the cab.