The DRS-6-6-1500 was the final road switcher to carry Baldwin's early and complicated designation system.  In 1950 it released its new Standard line, a fitting name since it did away with the confusing numbers, dashes, and letters.

This last model was a six-axle locomotive, C-C version of the DRS-6-4-1500 built during the late 1940s and well suited for branch line operations (although few ultimately sold).

The DRS-6-6-1500 found buyers among a scattering of railroads and private companies but in the end could not reach the century mark in sales.

Today, there are at least two examples known preserved; McCloud River Railroad #29 (preserved as Magma Arizona #10) at the Arizona Railway Museum and Southern Pacific #5208 preserved in its original colors and number at the California Stat Railroad Museum in Sacramento. 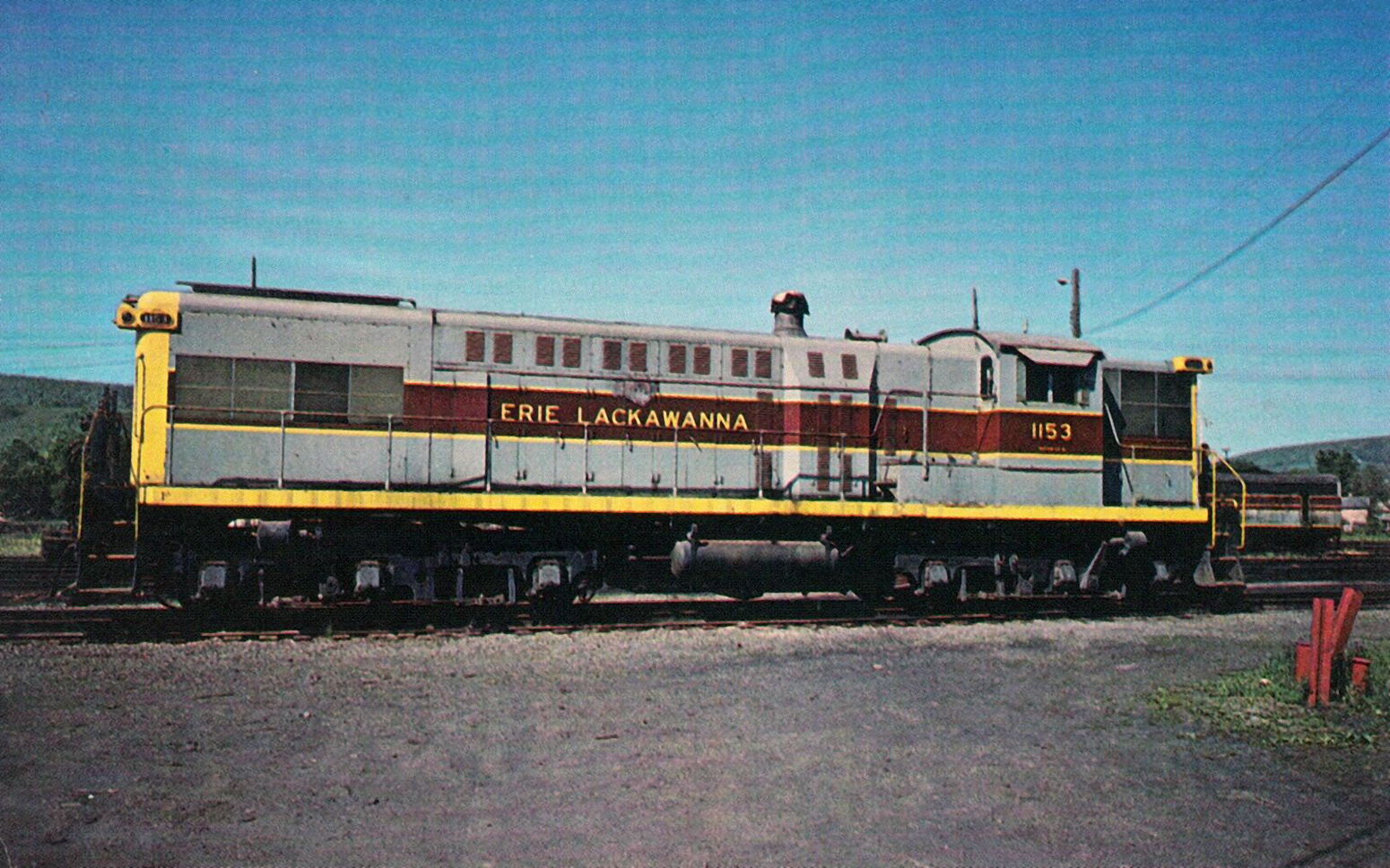 This was a considerable selling point as the locomotive not only provided the highest such rating for any road switcher Baldwin offered up to that time but also any model then in production.

Nothing then offered by Alco or EMD came close to matching such tractive ability.  During the late 1940s the only manufacturer to have even manufactured a C-C road switcher was Alco's RSD1.

However, the RSD1 was primarily a specialized model built only for the U.S. Army during World War II and had ended production in 1946.

While the DRS-6-6-1500 did not sell particularly well several Class I railroads around the country purchased at least a few units such as:

By the time production had ended in 1950 just 83 units had been sold, which included one B-unit that the Southern Pacific had requested, #5227.

Buyers of the model found the locomotive useful despite its troublesome prime mover.  The curious lack of dynamic braking also likely hurt sales, a feature then standard on Electro-Motive and Alco products. 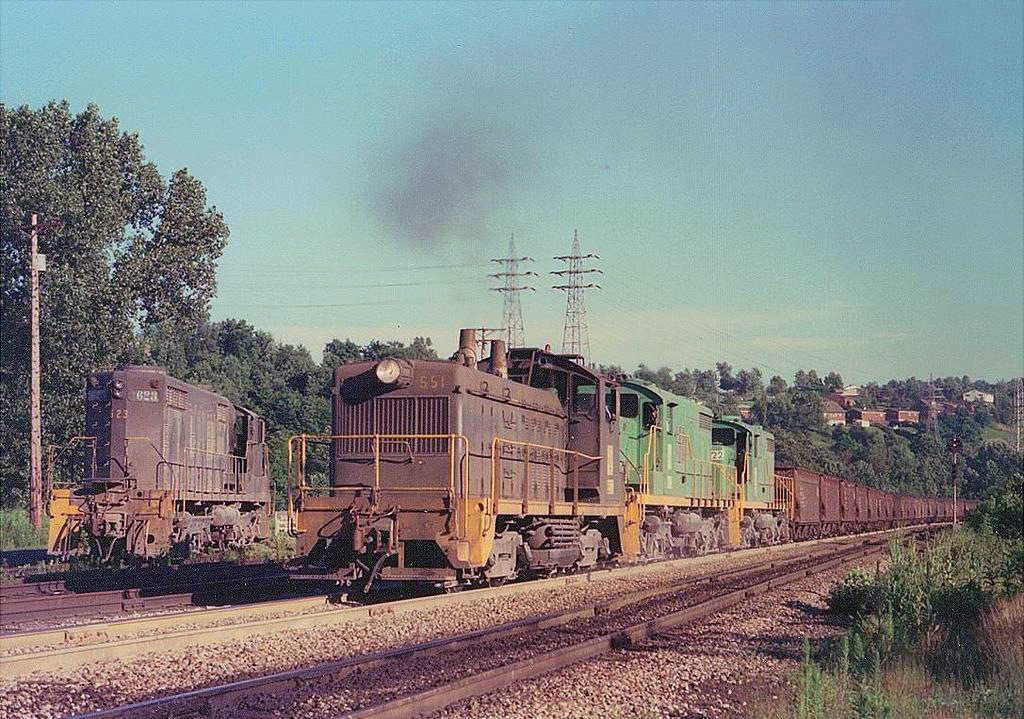 The Union Railroad of Pennsylvania acquired a small fleet of DRS-6-6-1500's and later re-engined them with EMD 567 prime movers (giving them the nickname as "Buffalos"). Two are seen here behind an NW2 near Hall on July 11, 1974. Doug Kroll photo.

It was soon after replaced by the AS616, which featured an upgraded prime mover and used the company's more straightforward classification system. 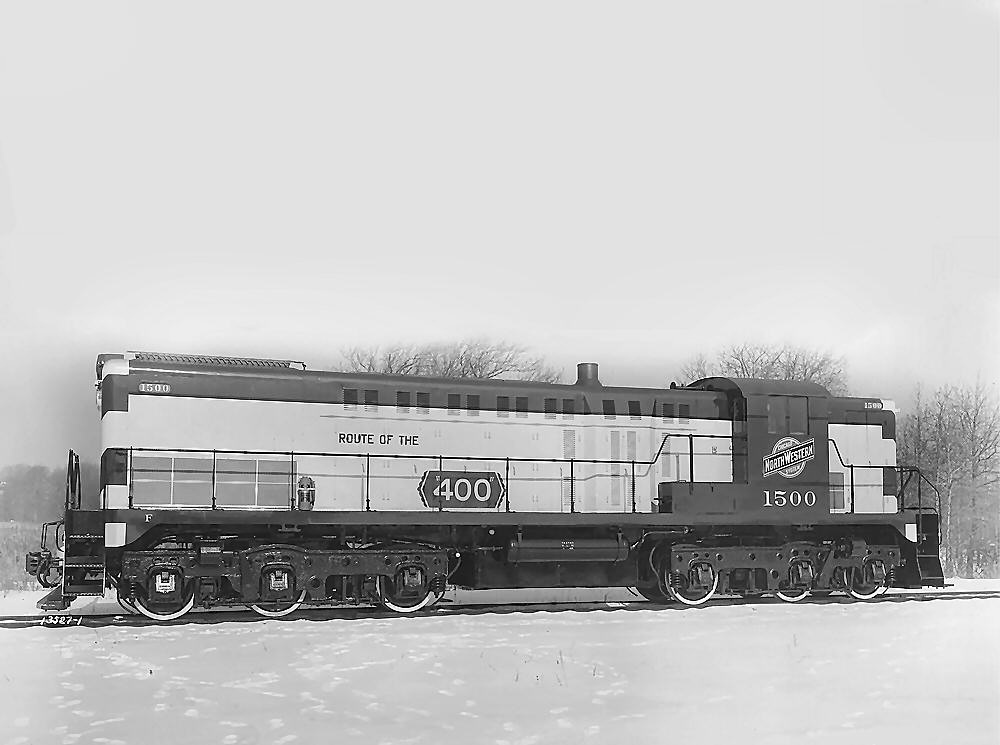 The new series sold much better for the builder seeing several hundred examples outshopped amongst the three primary models (AS16, AS416, and the AS616).

To decipher the meaning of the DRS-6-6-1500's letters and numbers the DRS referred to Diesel Road Switcher unit; the first number, 6, designated its six powered axles; the second 6 meant that it featured six traction motors; and 1500 stood for the horsepower rating.

Once the system is presented it is fairly easy to understand but anyone looking at it for the first time would likely be quite confused at what everything stood for.