The Chicago & North Western provided a far ranging number of trains serving the Upper Midwest from Chicago, including the Duluth-Superior Limited.  The railroad blanketed Wisconsin with a web of trackage and this train operated through to its home cities in Minnesota via Madison and Milwaukee.  From its inception in the early 20th century it was considered as the C&NW's top train along the corridor although it lost some of its luster following the introduction of the 400s during the mid-1930s.  The Limited was never streamlined although in later years did receive some lightweight equipment and was dieselized by the early 1950s.  As the 'North Western experienced declining ridership during those years it canceled the Limited before 1960. 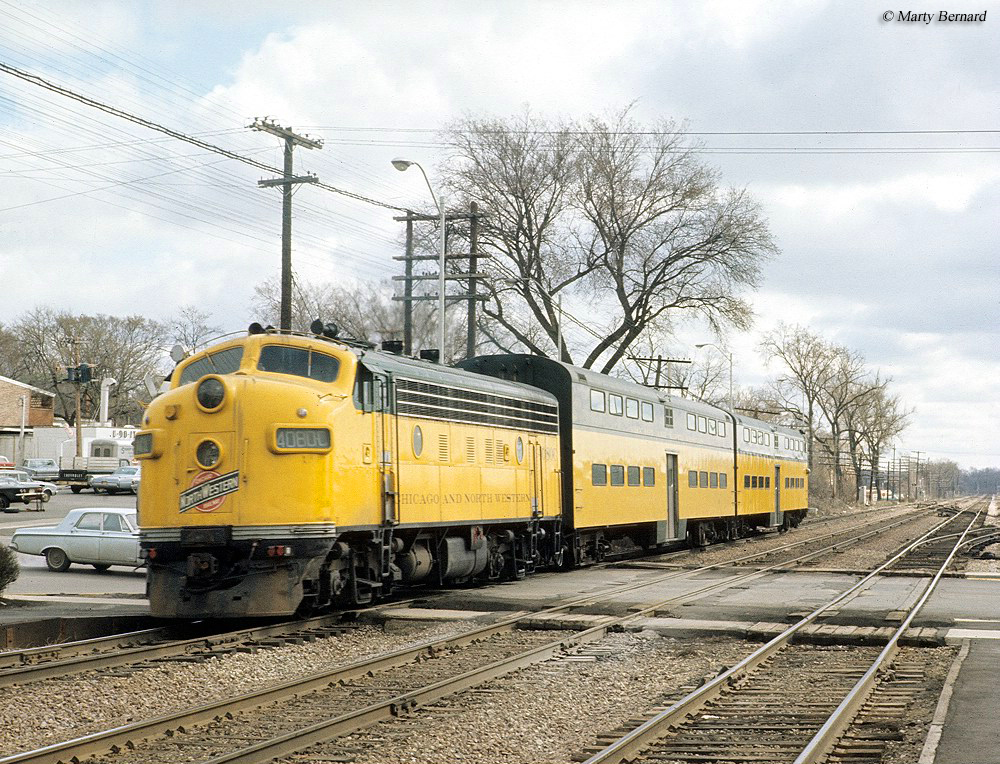 A History Of The Chicago & North Western

Most of these trains provided first-class services but amazingly it was not all the 'North Western offered.  The Duluth-Superior Limited (listed as #511 northbound and #512 southbound) was an overnight run, departing Chicago at 10 P.M. and arriving in Duluth/Superior late the night morning at around 11 A.M.  According to an Official Guide from the early 20th century the services provided aboard the train included a Pullman sleeper, buffet-smoking-library car, reclining seat coaches, a diner (between Eau Claire and Duluth) and a Railway Post Office (RPO).  Power normally consisted of one of the 'North Western's E Class 4-6-2s.  These Pacifics were standard power on the railroad and handled many passenger assignments during the steam era. 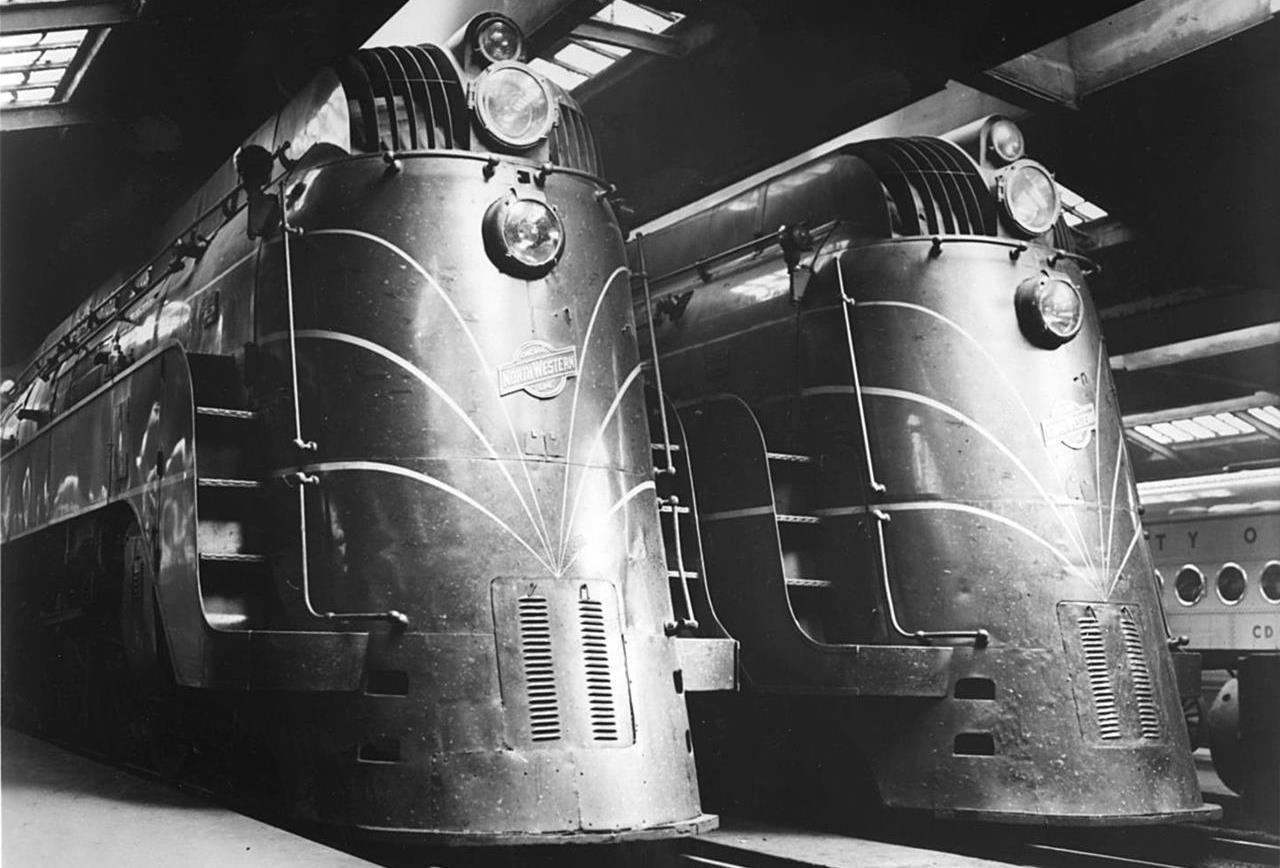 The Duluth-Superior Limited was never streamlined and for the most part carried heavyweight equipment, even during the lightweight era.  The one exception here was during 1948 when the C&NW received a dozen lightweight sleepers from Pullman-Standard, part of the Northern series.  They were laid out as 16 duplex roomettes, 3 double-bedrooms, 1 compartment and were assigned to the North Western Limited and Duluth-Superior Limited (the rest operated on the C&NW-subsidiary Chicago, Minneapolis, St. Paul & Omaha [The Omaha Road]).  The streamliner craze was slow to develop on the 'North Western although interestingly the company was the first to offer high-speed passenger service between Chicago and the Twin Cities.

(The below timetable is dated effective 1908.)

Due to a 1935 bankruptcy the C&NW did not have the funds necessary to purchase lightweight equipment and/or newfangled diesel technology.  However, it did what it could to improve service by debuting the fast 400 on January 2, 1935.  This train used rebuild Class E-2 Pacifics and heavyweight equipment.  However, by overhauling the locomotives and right-of-way upgrades (notably along the Adams Cutoff northwest of Milwaukee) the 400 boasted speeds of up to 90-mph and could complete the 408 miles between Chicago - St. Paul in just 420 minutes.   The Burlington and Milwaukee Road followed closely behind, launching their own high-speed trains within months of the 400, ending the 'North Western's brief advantage in this market.  The railroad was finally able to boast its own, true streamliner in 1939 with the purchase of new equipment from Electro-Motive and Pullman-Standard. 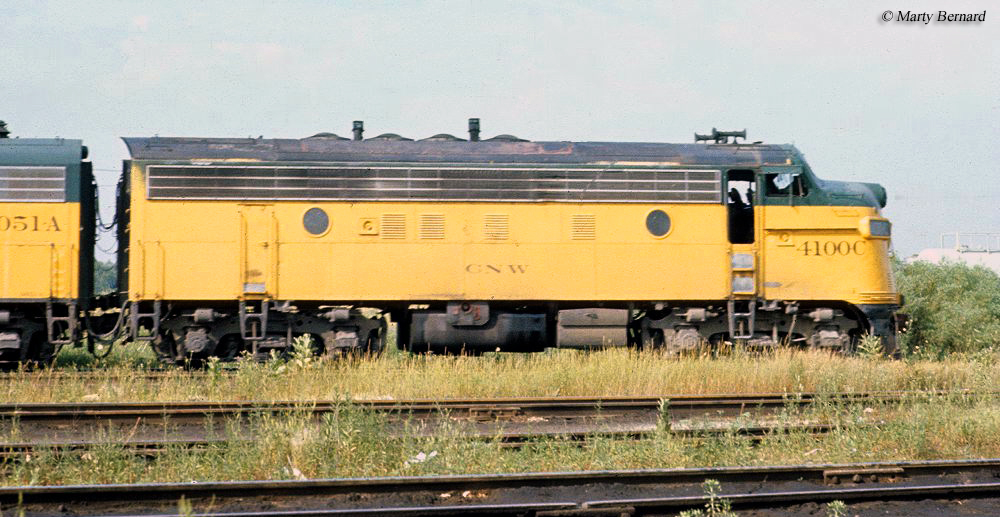 The success wrought by the original 400 prompted the C&NW to field an entire fleet with similar names that reached out across the railroad's vast network through the Midwest with names like the Shoreland 400, Valley 400, Peninsula 400, Capitol 400, and others.  The 'North Western continued launching new 400s through the early 1950s until it became apparent that the by the middle of the decade strong patronage enjoyed during the war years would not last.  At that point the railroad began cutbacks, which continued aggressively through the 1960s.  The Duluth-Superior Limited, which had been upgraded with Electro-Motive E series diesels by then, was discontinued in 1959 one of several trains the railroad ended across Wisconsin at that time.  Its Northern series lightweight sleepers were eventually sold to National de Mexico in 1964.