The SW1 was the second switcher Electro-Motive produced that featured a welded frame and respectable 600 horsepower.

It was the first to feature a General Motors prime mover, the 567 and 567A, and began EMD's modern line of switchers that continued through the MP15 series.

The SW1 proved quite popular, witnessing 660 sales before production ended.  While it did not sell as well as the NW2, the SW1 and it successors became EMD's primary switcher line.

Today, examples can still be found in all types of applications, from regular freight service to industrial settings.

In addition, you can find them hosting excursions and tourist trains. Even one of the first SW1's built, Southern Pacific #1000, is preserved at the California State Railroad Museum in Sacramento. 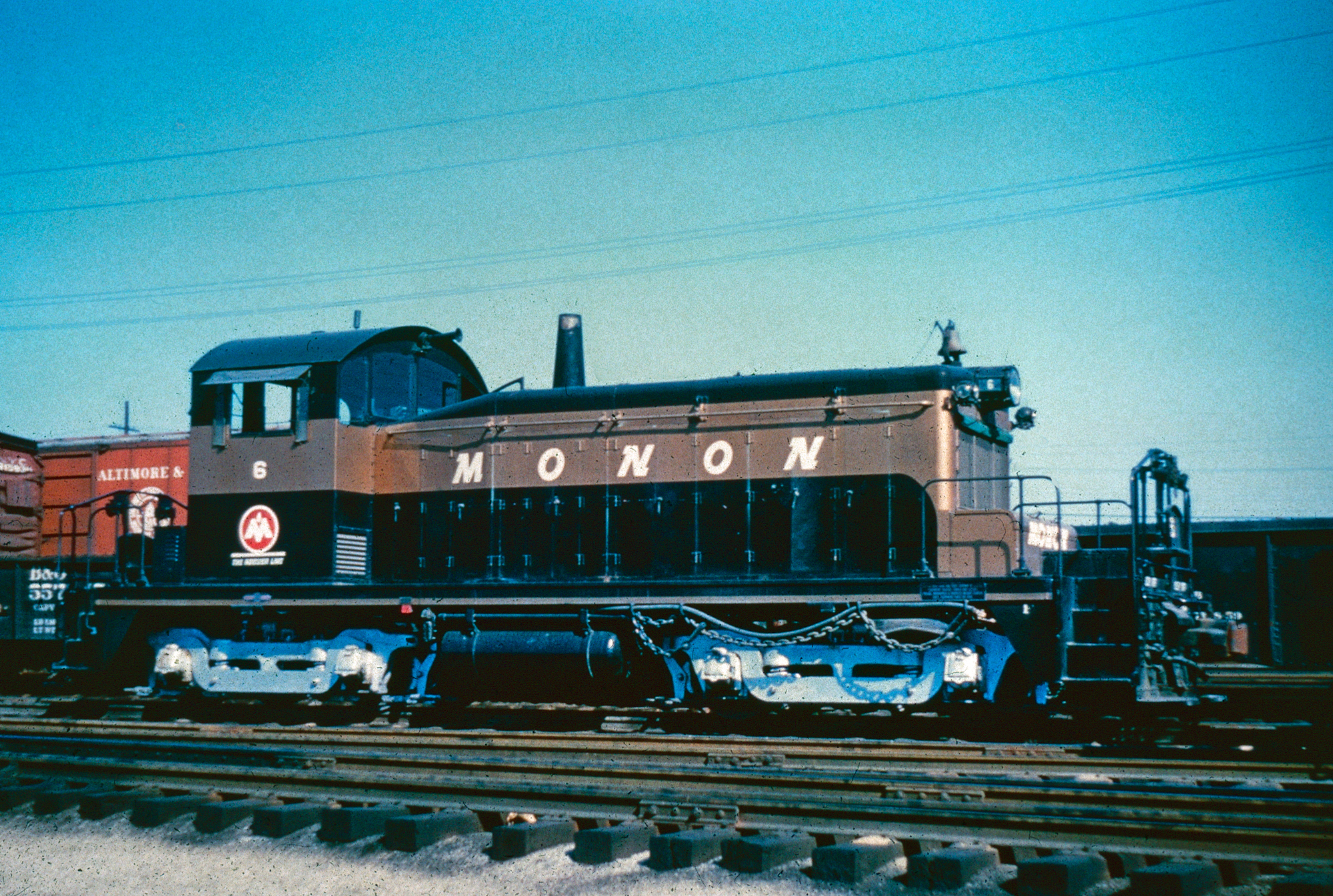 A handsome Monon Railroad SW1 in a scene probably dating to the 1950's. Date, location, and photographer not listed. American-Rails.com collection.

While Electro-Motive produced a wide range of highly successful switchers such as the NW2, SW1200, SW1500, and SW9 the series can be traced back to a group of early six and nine hundred horsepower variants built during the latter 1930s.

These switchers were built during an era that predated the modern road diesels and some railroads still preferred locomotives with cast frames, harkening back to the steam era.

As the years passed, EMD's method of identifying models seemingly changed every few years; in some cases the number simply denoted its number in the series while later the horsepower rating was included. 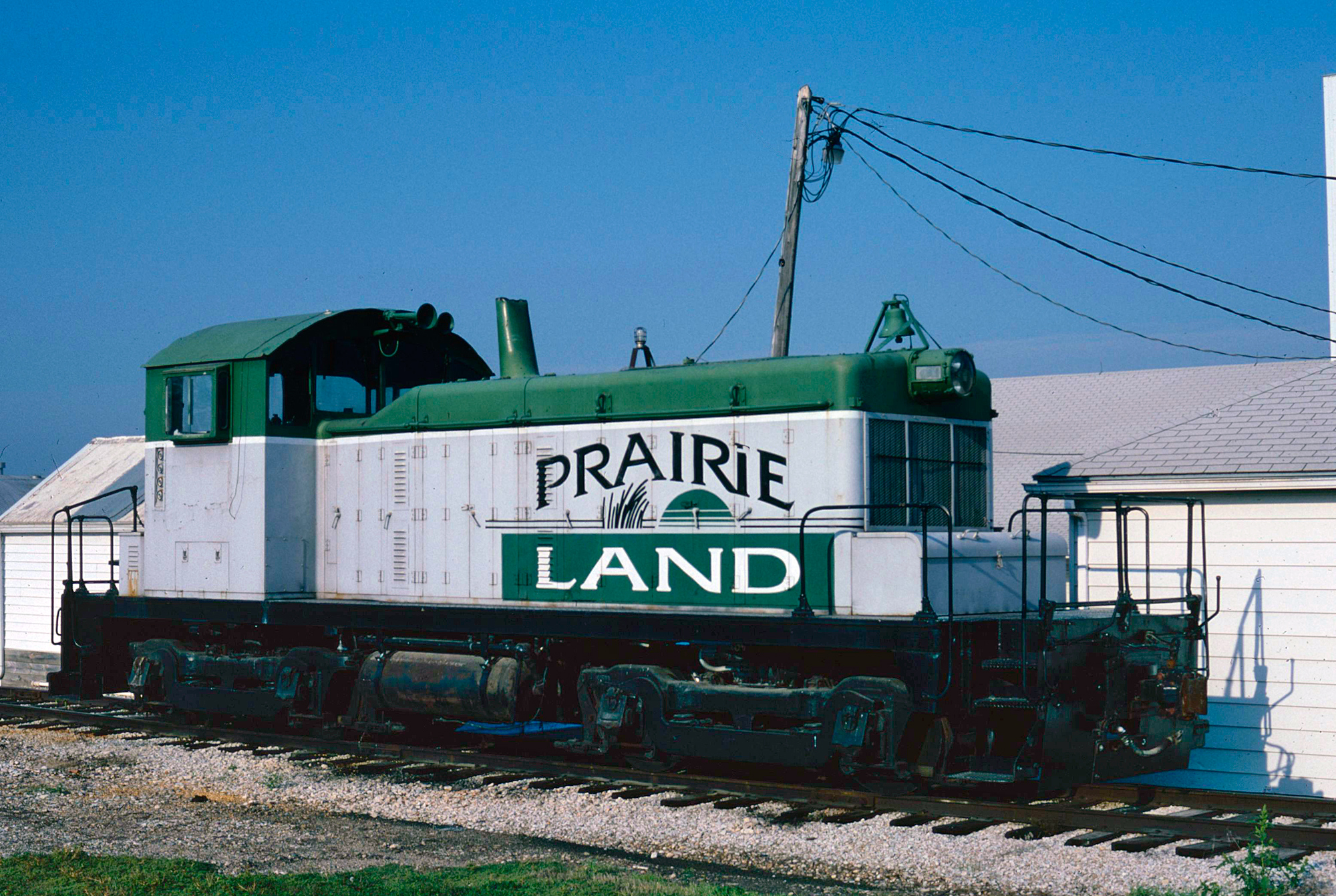 In addition, the NW2 was the last in the short-lived "NW" line.  Following its production run, Electro-Motive dropped the first letter in identifying the horsepower rating.  It also eliminated the cast or welded designation as the latter became the preferred production method.

In their place, the builder retained the "SW" lettering, which now meant simply Switcher.   The SW1 featured a 600 horsepower prime mover and retained Electro-Motive's signature short carbody of just 44-feet with tapering near the cab for improved visibility.

The SW1's most recognizable feature is the large sandbox just under the grill.  Its location is unique to this particular model. 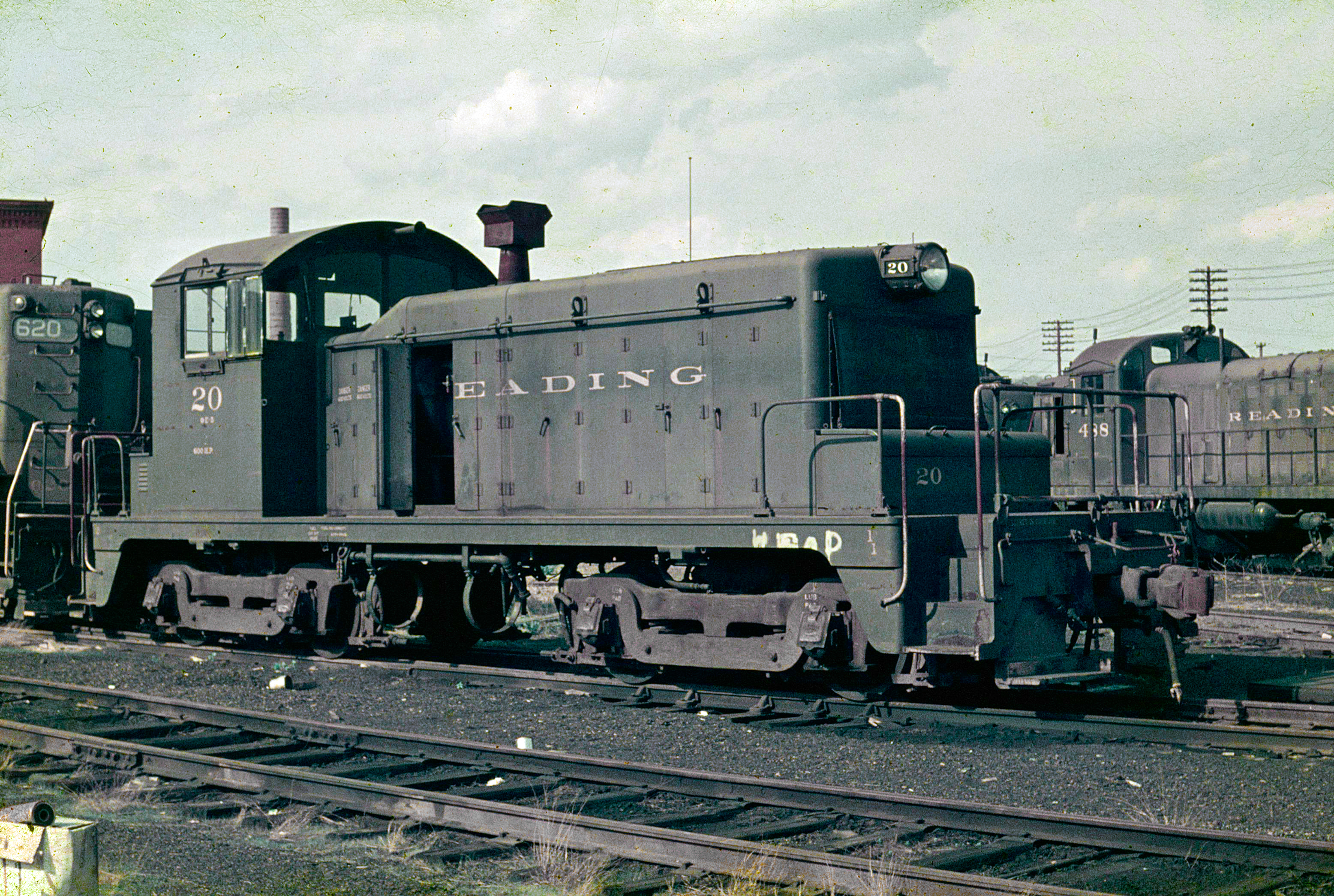 Reading SW1 #20 sits in the dead line at the company's shops in Reading, Pennsylvania on April 22, 1973. By this date the locomotive was being parted out to rebuild other SW1's. Author's collection.

As Jerry Pinkepank notes in his book, "Diesel Spotter's Guide," another of the switcher's noteworthy trademarks is a single, centered, conical stack.

After World War II the SW1 was reequipped with EMD's updated 567A prime mover, which still produced 600 horsepower. During this time the model also featured a slight update to its carbody. The original was designed with a double-taper near the cab while the updated version included a single taper.

*****  This unit was built as Atlantic Coast Line #1901 but ultimately rejected and returned to EMD where it was resold to Richmond Terminal. 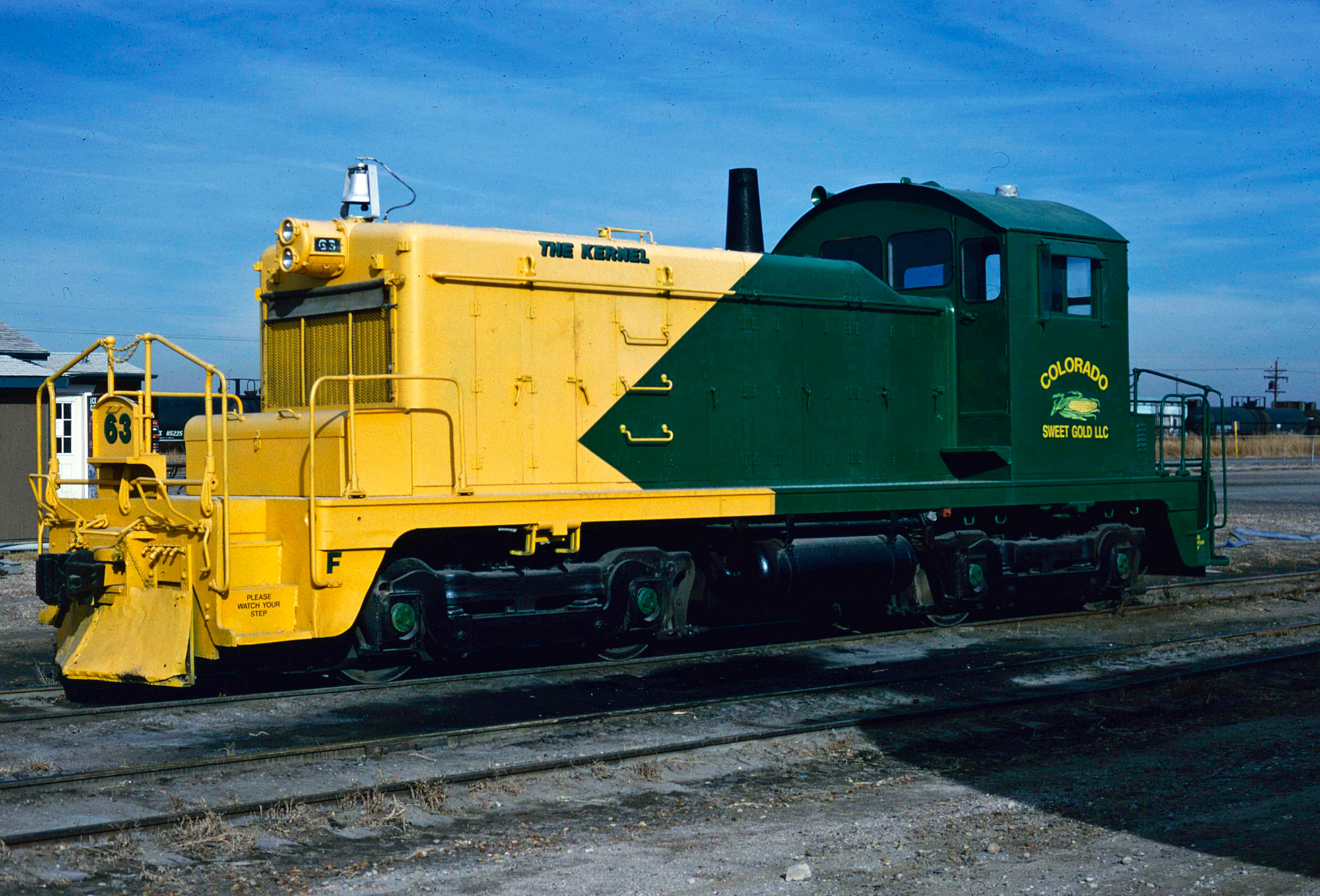 Other new additions included a lower exhaust stack (which became standard on all future EMD switcher locomotives) for better crew visibility, rectangular instead of curved windshields above the hood (beginning in the mid-1950s), and twin sealed-beam headlights.

The SW1 enjoyed a long production run, from December, 1938 through November, 1953. Due to their flexibility, reliability and cheap price, numerous Class Is and short lines purchased switcher with some 660 manufactured over thirteen years.

It also found great interest in the private sector where companies like Wheeling Steel, Warner Sand & Gravel, Republic Steel, Cleveland Quarries, and even the U.S. Army bought the model.