The ES40DC continued Norfolk Southern's practice of operating 4,000 horsepower road-switchers in main line service.  It was the only the Class I to request  locomotives at such a rating.

The ES40DC was virtually identical to its ES44AC cousins except for its step down in horsepower and use of DC traction motors.

The decision to build this model can be traced back to the C40-9 and C40-9W "Dash 9" line of the 1990s, another model exclusively requested by NS.  Both were variants of GE's very successful C44-9W.

At the time, the railroad felt 4,000 horsepower was well within its needs to handle the then-average freight train weight of 3,000 tons.

During the 1990s, NS was an extremely detail-oriented company that constantly eyed cost savings whenever and wherever possible.

It all began with the "Dash 8" line and continued through the "Dash 9" series.  Interestingly, since the railroad remained adamant that 4,000 horsepower was sufficient, it never acquired the very successful AC4400CW.

A breakthrough in locomotive development, this AC traction model sold nearly 3,000 examples (more than the C44-9W).  Norfolk Southern's ES40DC's were later uprated to 4,400 horsepower, thanks to built-in software, and remain active on the railroad's roster. 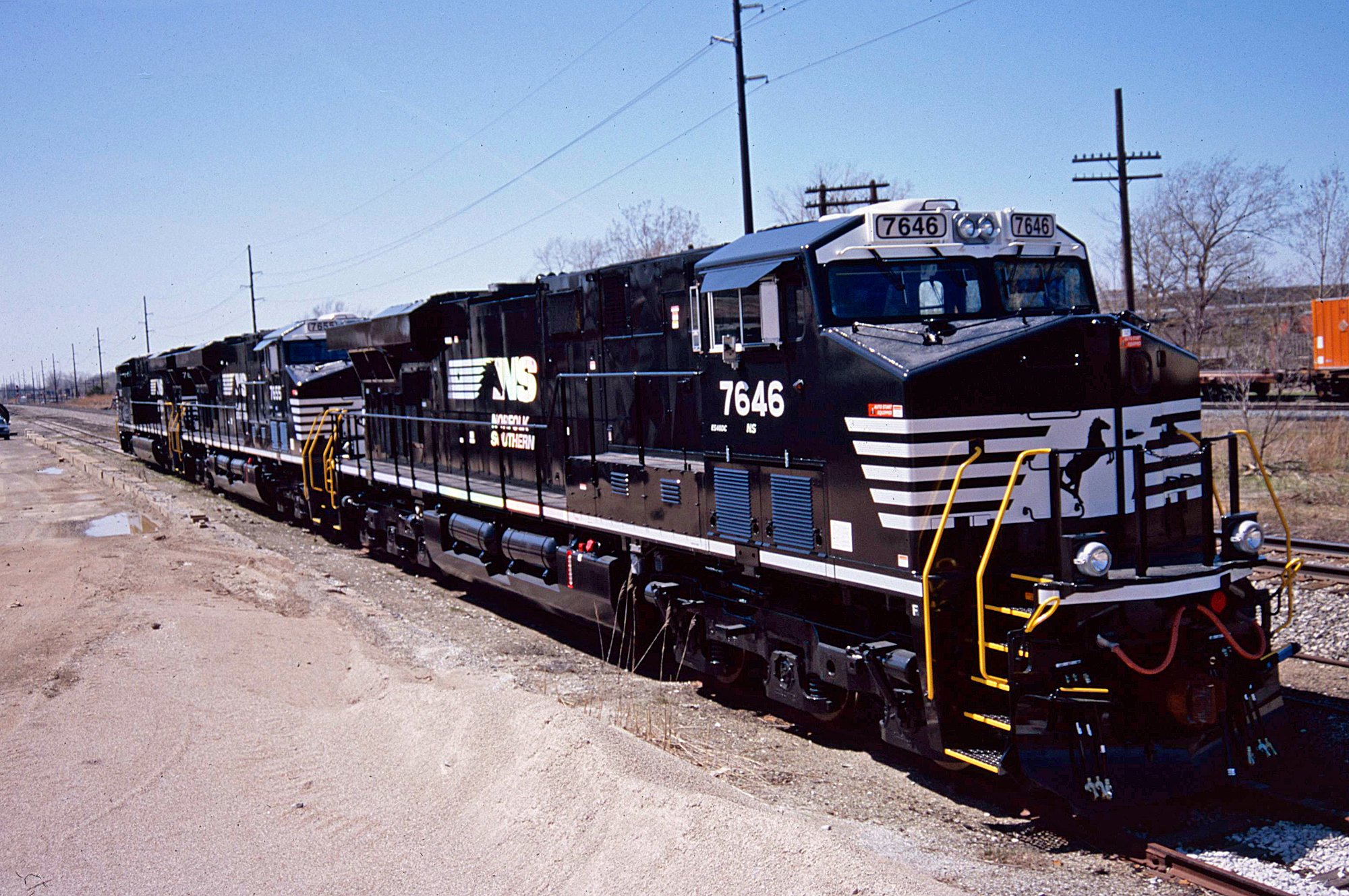 Norfolk Southern's interest in General Electric products grew substantially following testing of the B32-8 in 1984, the builder's first in its "Dash 8" line.  NS would go on to acquire 45 examples of this model.

Both predecessors (Norfolk & Western and Southern Railway) had operated a handful of earlier GE products, like the C30-7, B23-7, and U30C.

Through the 1980s, NS ramped up its partnership as the manufacturer fielded products superior to those offered by Electro-Motive.

Interestingly, both the Southern and N&W had been loyal EMD customers for years although that changed in the NS era as GM's subsidiary struggled with problems related to its SD50 line (predominantly in the area of microprocessors).

During the 1990s, NS was disinterested in the newfangled wide cabs and continued purchasing locomotives with standard cabs through GE's "Dash 9" series.

It was during this time NS deviated from the industry by requesting GE's very successful C44-9W as a 4,000 horsepower variant. 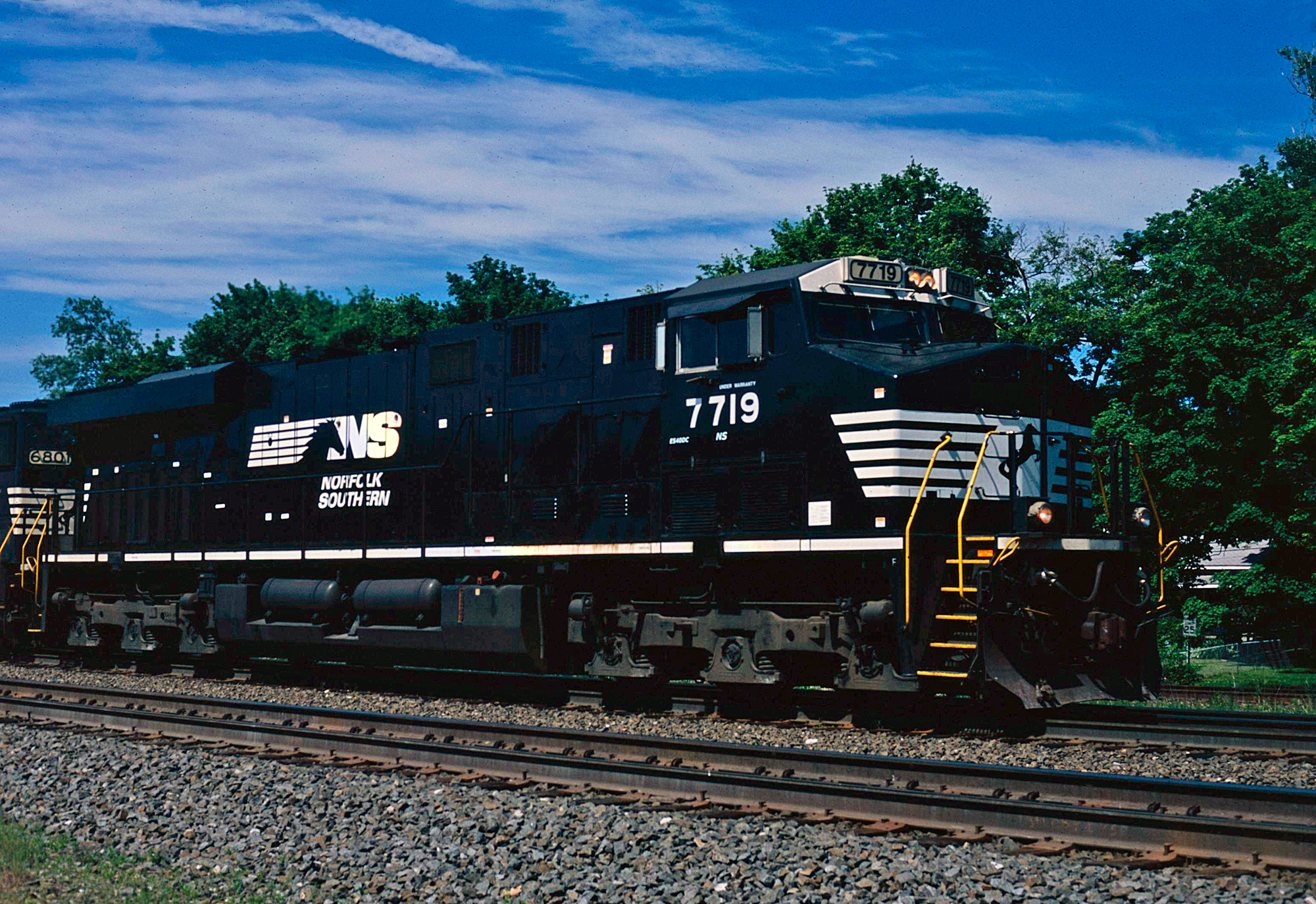 At first, the Class I purchased these with standard cabs (C40-9) as well, acquiring 125 examples, until the cost to do so no longer made it a viable option (wide cabs became the standard package on C44-9W's in 1995).

The railroad felt this rating was sufficient at handling the required tonnage of the era.  As such, utilizing a more powerful design, even only slightly, was a waste of resources and thus led to higher operating costs.

Thanks to what was dubbed the Engine Governing Unit, or EGU, the feature could toggle the horsepower setting between 4,000 and 4,400.

Into the Evolution Series, which debuted as demonstrators in 2003 to meet EPA Tier II standards (that went into effect on January 1, 2005), Norfolk Southern continued requesting 4,000 horsepower models.

Known as the ES40DC, this locomotive was very similar to its C40-9/W counterpart, aside from the updated GEVO-12 prime mover and improvements to the cab layout.  It also lacked an AC circuitry box on left-side walkway commonly found on AC4400CW's and ES44AC's. 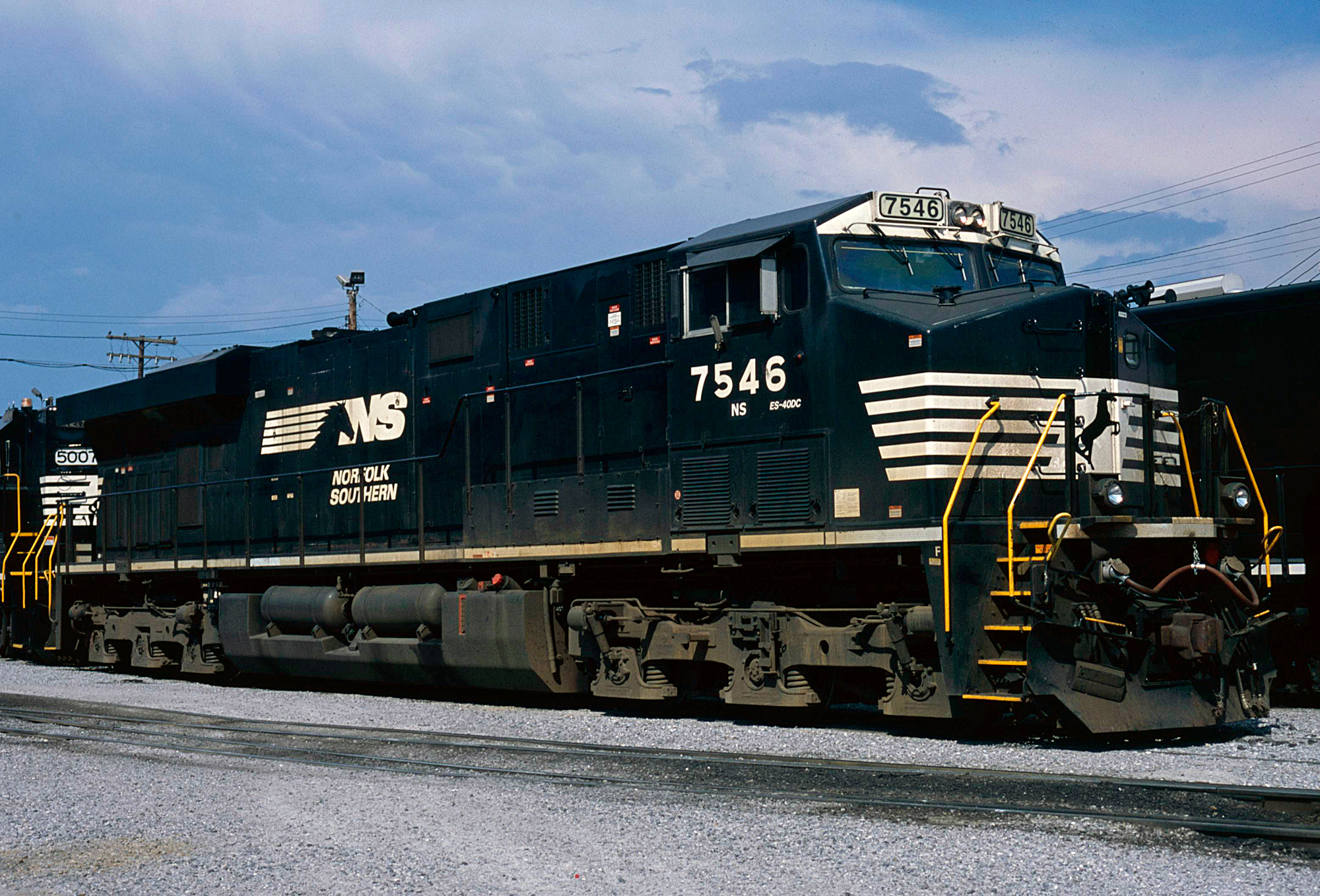 This box, which first appeared on the earlier AC4400CW, converted DC power from the main alternator to three-phase AC power used by the traction motors.

As Greg McDonnell notes in his book, "Locomotives: The Modern Diesel & Electric Reference: Second Edition," the ES40DC was offered only with GE's standard HiAd bolsterless truck.

As freight tonnage increased significantly since the 2000s, with trains now weighing in at 3,817 tons on average in 2020 according to the Association of American Railroads, NS uprated all of its ES40DC's to 4,400 horsepower beginning in 2014 and acquired all new locomotives with this power setting.

Today, the fleet of 220 units remains in active service.  Interestingly, NS remained a holdout of AC traction locomotives until 2008 when it finally acquired its first ES44AC's.