The AC4400CW had established a new standard in main line locomotives, one that utilized more efficient and powerful AC traction motors in place of DC motors.

Direct current technology had been the industry standard since Electro-Motive's first FT's rolled out of La Grange, Illinois in 1939.

GE changed the game in the 1980s when it not only surpassed EMD as the industry's top manufacturer but also continually pushed the envelope on locomotive efficiency.

The AC4400CW signaled the end of DC traction motors in main line locomotives although some railroads continued to request them into the early Evolution Series, notably the ES44DC and ES40DC.

GE stopped producing locomotives with DC traction motors after wrapping up production on these locomotives.  Its "ET" Tier IV locomotives are produced only as AC traction variants. 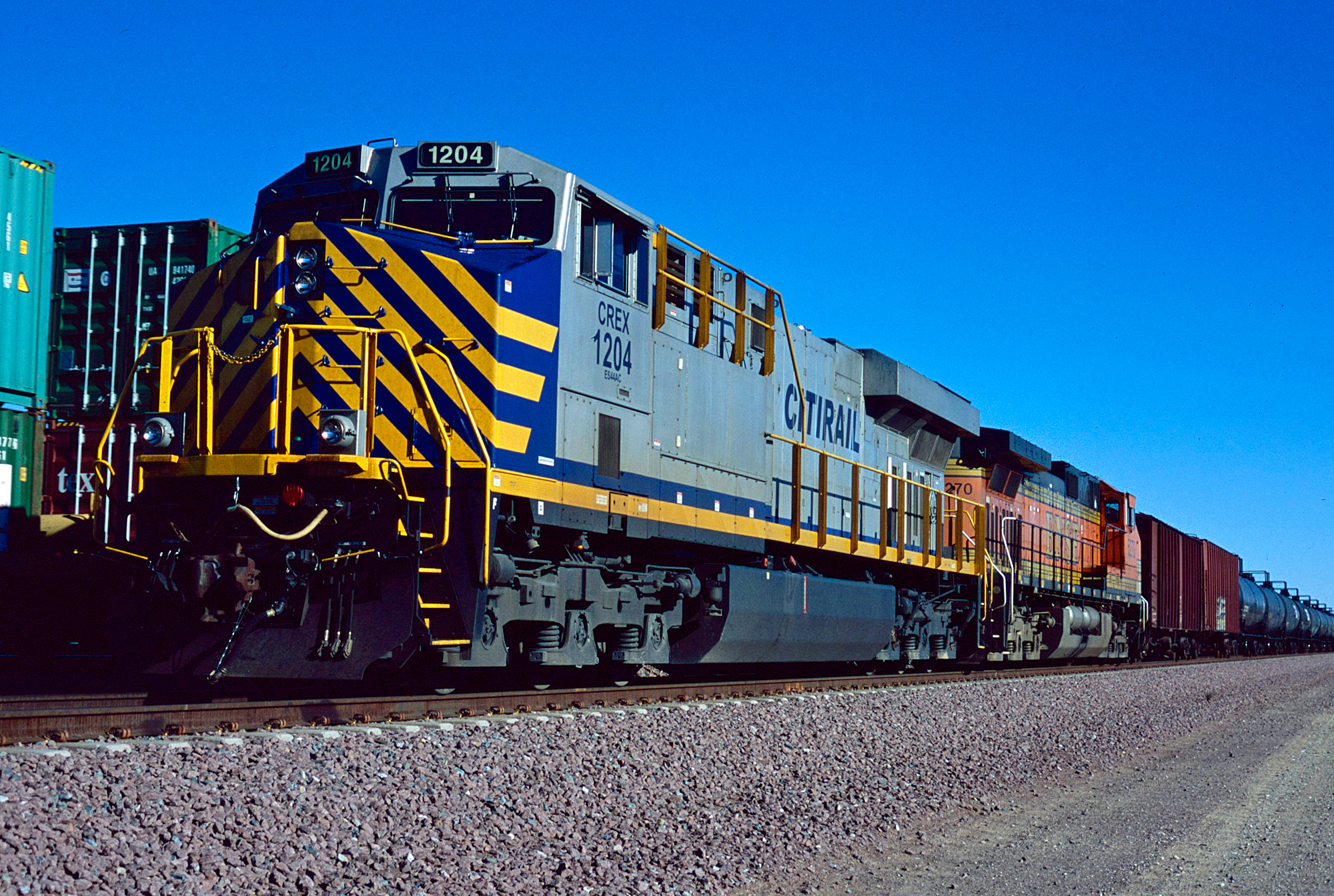 With more stringent standards under Tier II emissions set to take effect on January 1, 2005, GE realized it needed a new engine.  The company no longer felt the FDL could do so without seriously sacrificing performance and efficiency.

Following hundreds of millions of dollars in research and development, GE unveiled its new GEVO prime mover in March, 2002 when testbed #2005 rolled out of Erie.

This engine was a 12-cylinder power plant that could still produce the same 4,400 horsepower as its predecessor.  In addition, GE engineers had designed the GEVO to meet future emissions standards, notably Tier III (January 1, 2012) and Tier IV (January 1, 2015).

By the 2000s, GE was the industry standard in locomotive production.  The company had surpassed EMD long ago, thanks largely through its efforts of employing technology to lower operational costs and improve locomotive efficiency. 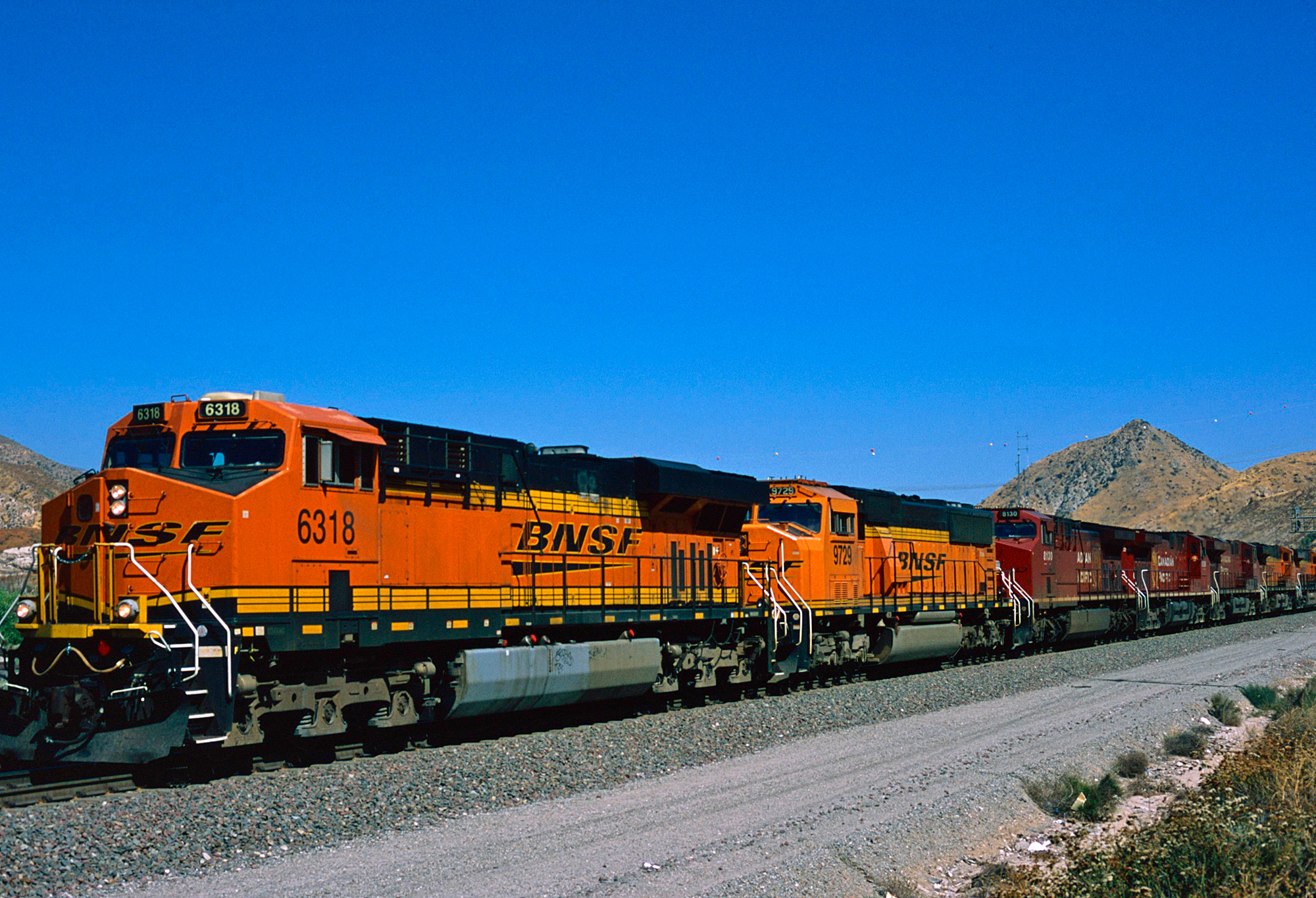 As a result, railroads were willing to purchase its latest products almost immediately.  Most notably was GE's AC6000CW of the 1990s, which could produce 6,000 horsepower.

These monsters featured a redesigned engine, the 7HDL, a product built in conjunction with renowned engine manufacturer Deutz-Motoren Werke Mannheim (MWM) of Germany.

Ultimately, this power plant ran into reliability issues while railroads discovered a single 6,000 horsepower behemoth was too much for their needs.

However, this did not stop Union Pacific from placing orders immediately, even before the new engine was ready for production by acquiring "Convertible" variants that sported a standard 4,400 horsepower 7FDL engine.

The idea here was that these locomotives could later be refitted with the  new 7HDL once it was ready (in the end, this never occurred).

In the case of the ES44AC, General Electric produced some 35 examples of what could be described as demonstrators.  The locomotives sported the liveries of the respective railroads on which they tested, similar to its approach with the "Dash 8" line.

These demonstrators were impossible to distinguish as testbeds but remained wholly-owned GE products during the 2003-2004 trials and ultimately were purchased by their respective railroads. 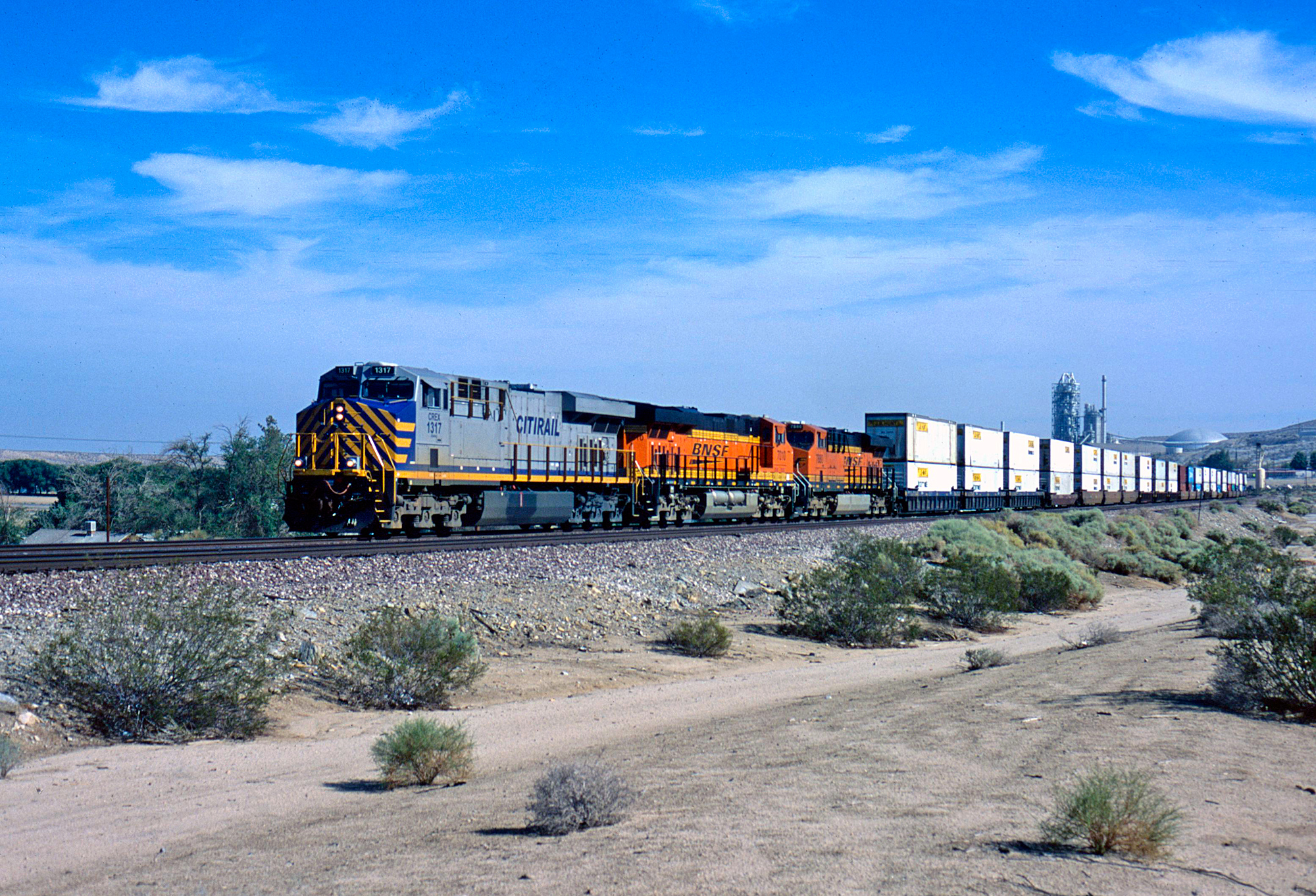 As such, at first glance it is difficult to distinguish an ES44AC from the earlier AC4400CW; both are 73' 2" in length, sport an "Aux Cab" on the left side of the carbody for A.C. traction circuitry, and are equipped with either GE's HiAd or Steerable truck.

Perhaps the only reliable identifier, aside from the road numbers themselves, is a small bulge along the top of the radiator wing which is not present on AC4400CW's.