After Baldwin and American Locomotive stopped production of A1A-A1A road-switchers in the 1950s, no one suspected they would ever return.

Few railroads had shown interest at the time and the advantages of six-motored locomotives largely outweighed any advantage of the A1A-A1A design.

However, thanks to microprocessors and computers which now monitor and control almost all aspects of diesel locomotive operation, the concept made a comeback.

In 2009 General Electric unveiled the ES44C4 as part of its Evolution Series locomotives which were equipped with the company's latest prime mover to meet the Environmental Protection Agency's (EPA) Tier II emissions standards.

Many viewed the concept's return as an interesting novelty while GE had a very concise reason for developing an A1A-A1A design, ending production of DC traction locomotives.

In the end, only two railroads showed interest, BNSF Railway and regional Florida East Coast.  The western Class I, however, wound up with an impressive fleet of 1,119 units while the FEC picked up another 24. 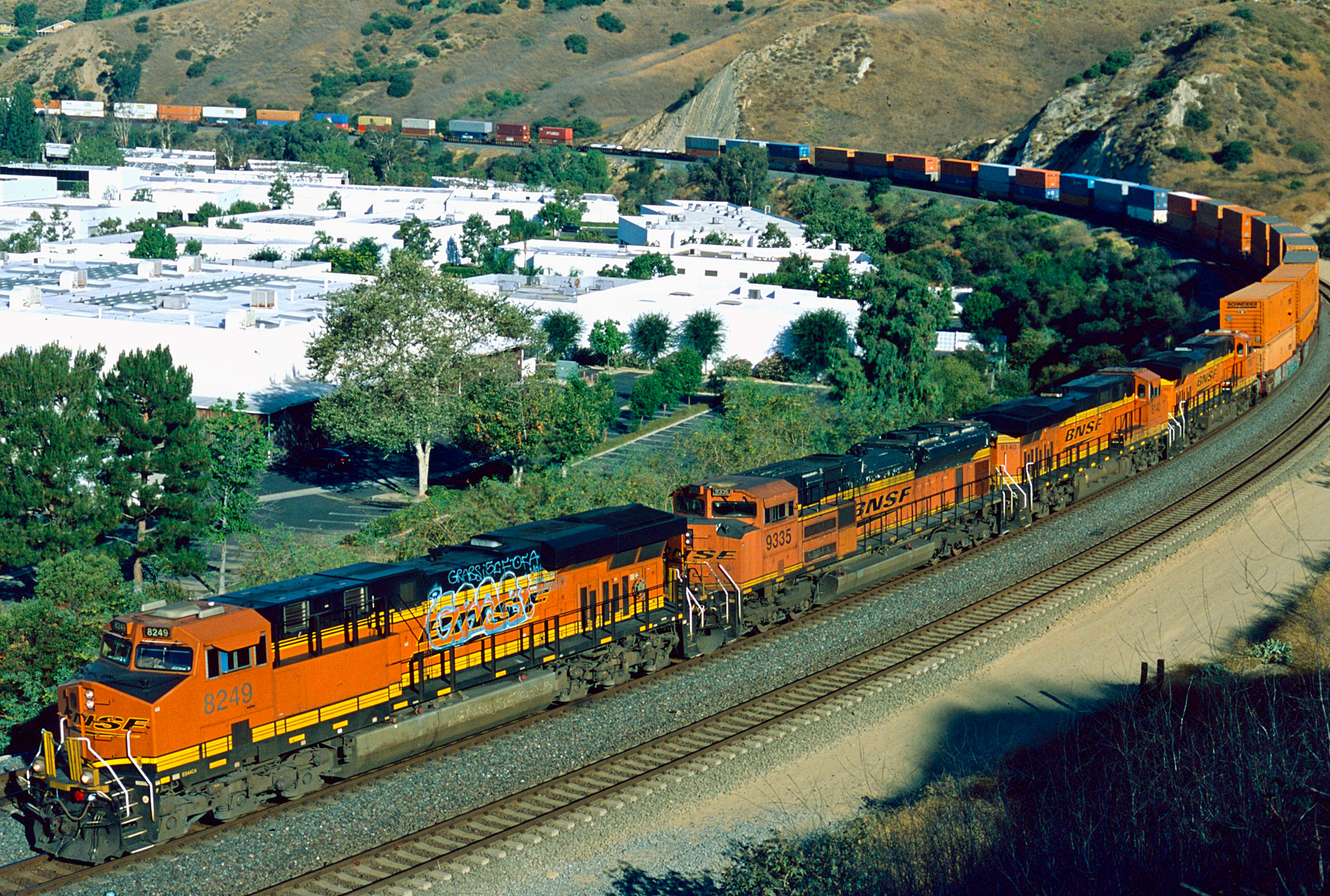 The first diesel-electric intended for rugged main line service to feature the A1A-A1A wheel arrangement was Electro-Motive EA of 1937, a locomotive built exclusively for the Baltimore & Ohio.

The model kicked off EMD streamlined passenger line, all of which were equipped with A1A-A1A wheel arrangements.  The first road-switcher intended for the daily grind of freight service to feature such is credited to both American Locomotive and Baldwin.

As historian John Kirkland notes, the former completed its first RSC-2 on October 2, 1946 (Milwaukee Road #975) and the latter did the same just six days later when the first domestically built DRS-6-4-1500 rolled out of Eddystone (Columbus & Greenville #601).

In this era, long before computers were an integral part of locomotive operation, the A1A-A1A design was largely marketed for branch service.

In the 1940s and 1950s, Class I's operated thousands of miles of secondary lines serving a multitude of local customers.

Many featured rail of less than 100 pounds (per yard) and/or wood-pile bridges.  Neither could handle heavy loads and an A1A-A1A road-switcher was designed to decrease the axle loading on these lines. 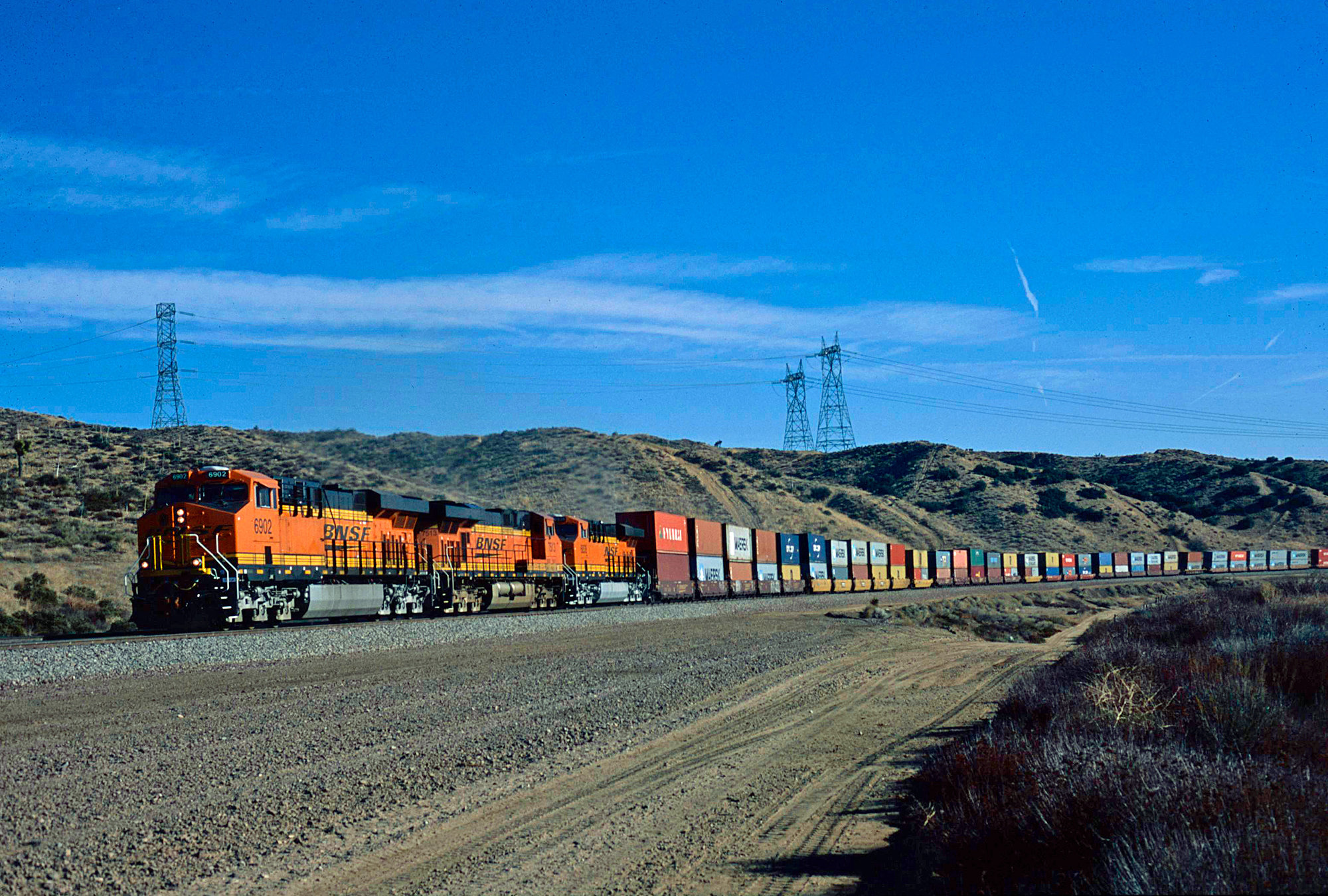 Some railroads found interest in the arrangement but overall it was a poor seller.  Fast forward nearly 70 years and the A1A-A1A design had returned thanks to General Electric.

It was a radical departure, however, from the original concept.  What GE dubbed the ES44C4 was in no way intended for light branch line service.

This was a heavy haul power plant designed for the daily grind of main line freight service.  It was more than 60% heavier and could produce a continuous tractive effort more than twice that of either an RSC-2 or DRS-6-4-1500.

As Greg McDonnell notes in his book, "Locomotives, The Modern Diesel & Electric Reference: 2nd Edition," GE's purpose behind the ES44C4 was predominantly an effort to eliminate production of the less-efficient DC traction road-switchers. 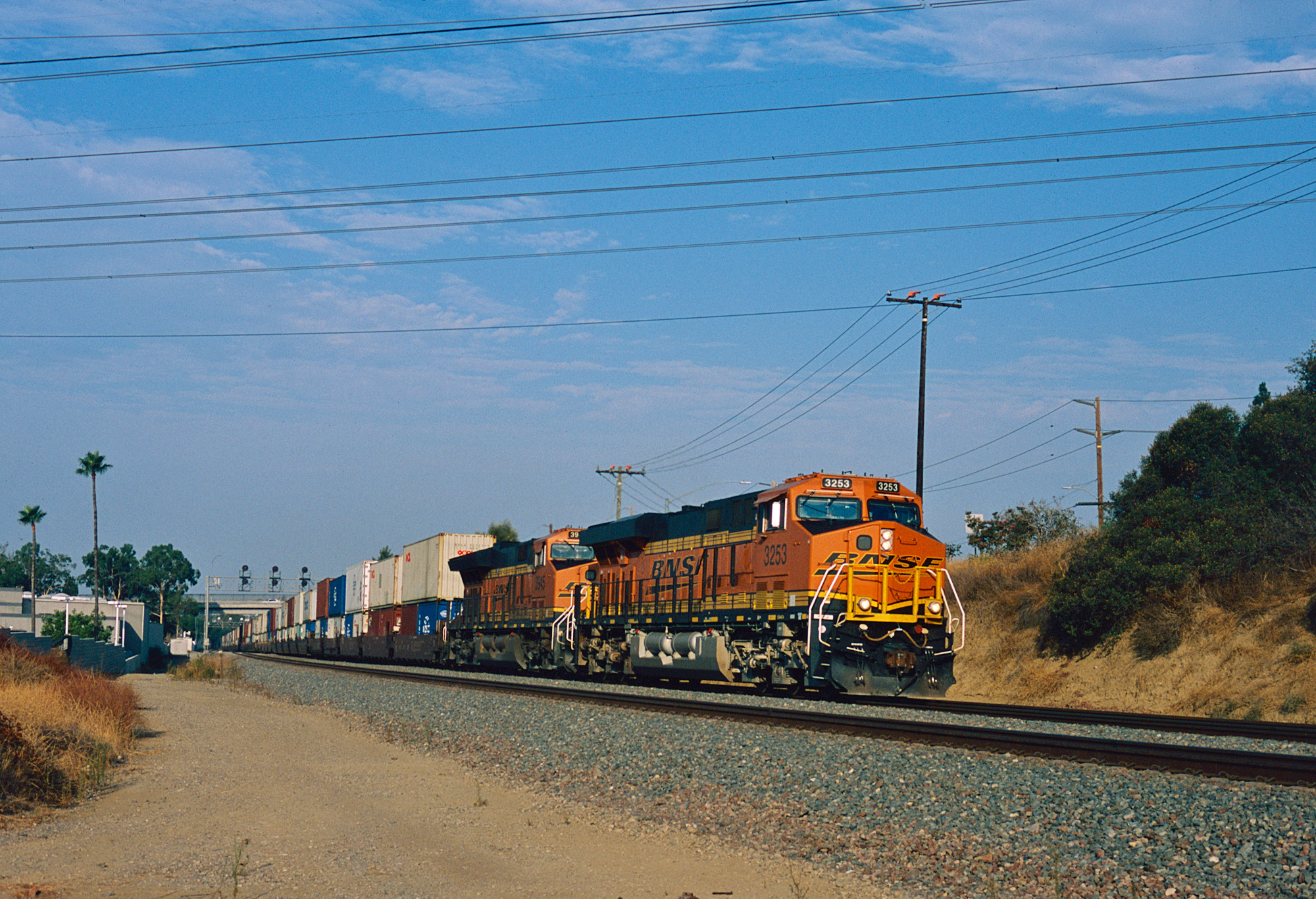 The locomotive was equipped with AC traction motors but only on the lead and trail axles.  The center axle was unpowered, and thus an A1A-A1A wheel arrangement.

Thanks to modern electronics and microprocessors, GE came up with a nifty way to offer a locomotive with the same pulling characteristics of a DC traction variant while saving on maintenance costs and increase service periods.

What the company dubbed its Dynamic Weight Management System, Mr. McDonnell's book notes that "the computer redistributes the load from the unpowered center axles onto the powered 1, 3, 4, and 6 axles as demand warrants."

It is achieved through air cylinders mounted on the trucks and is only in operation at low speeds.  BNSF acquired its massive fleet over a six year period between 2009-2015. 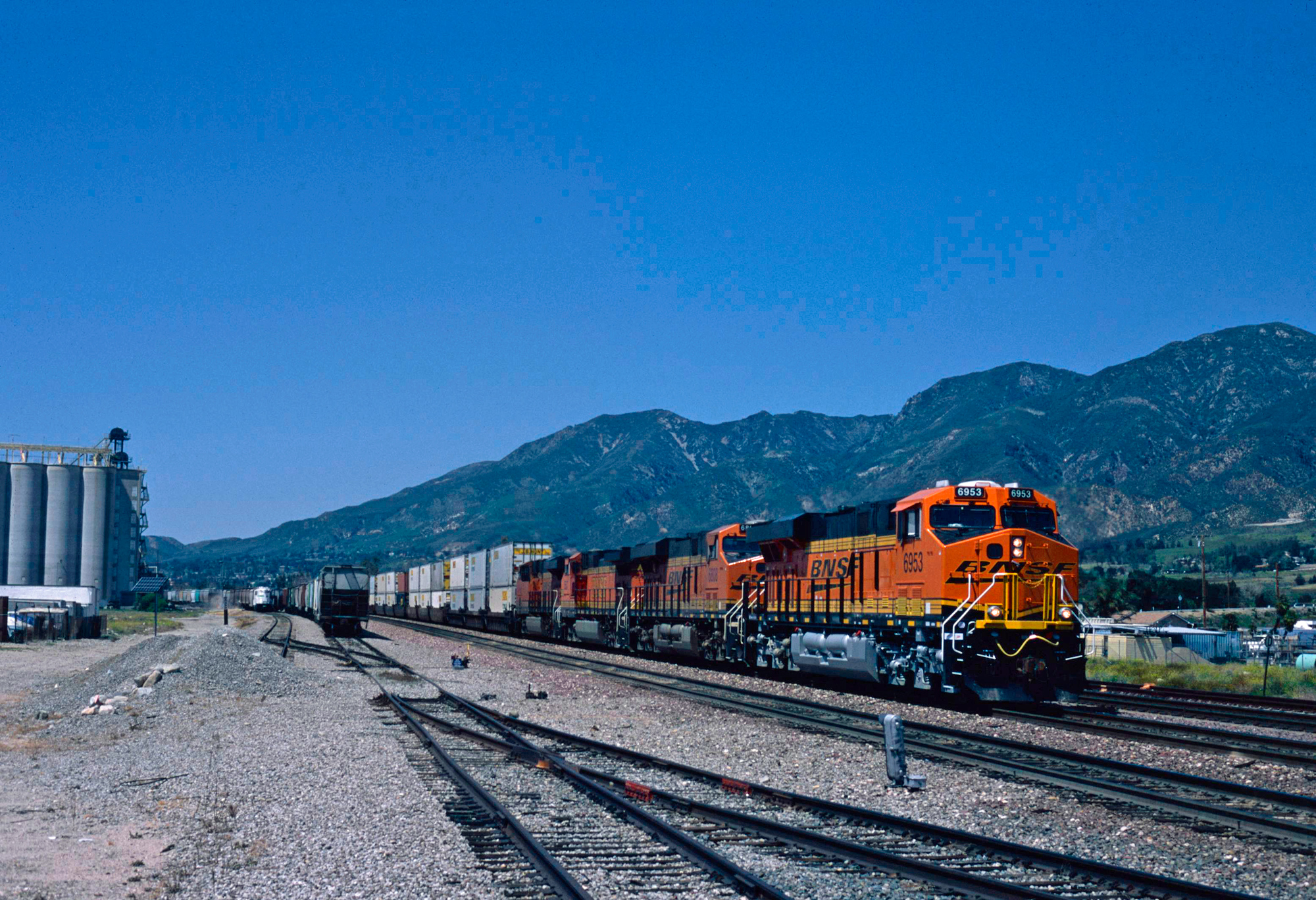 Interestingly, an unlikely customer appeared for the model, Florida East Coast.  The FEC, a successful regional serving the Atlantic coast of its home state had long been an Electro-Motive stalwart, even acquiring new SD70M-2's in 2006.

However, interested in the cost and operational savings of the ES44C4, the FEC picked up 24 examples in the fall of 2014.

Interestingly, no other railroad found took the plunge and acquired the model although by the 2010's few were buying DC traction locomotives.

Following completion of the final ES44DC's in 2010 for Canadian National, GE concluded production on the DC traction locomotives.  Today, the ES44C4's owned by BNSF and the FEC remain in regular service.