The ES44DC closed out General Electric's direct current traction line, spanning back to its first cataloged model, the U25B of 1959.

With the phenomenal success of its AC4400CW of the 1990s, the industry acquired an ever-increasing number of AC traction locomotives.

Alternating-current traction motors were a breakthrough in technological development.  It was much easier to maintain and more reliable, all the while offering phenomenal pulling power making it ideal in heavy drag service.

However, not every Class I was sold on this technology; holdouts like Norfolk Southern, Canadian National, CSX Transportation, and even Burlington Northern Santa Fe continued to DC traction locomotives into the Evolution Series era.

The carbody of the ES44AC and ES44DC is virtually identical; the only noticeable external difference is the latter's lack of an AC circuitry box along the left side walkway.

Sales for DC traction locomotives slowly dried up by the late 2000s with the final order being 35 units acquired by Canadian National in late 2010.   Today, all new road-switchers produced by GE-successor Wabtec Freight, feature AC traction. 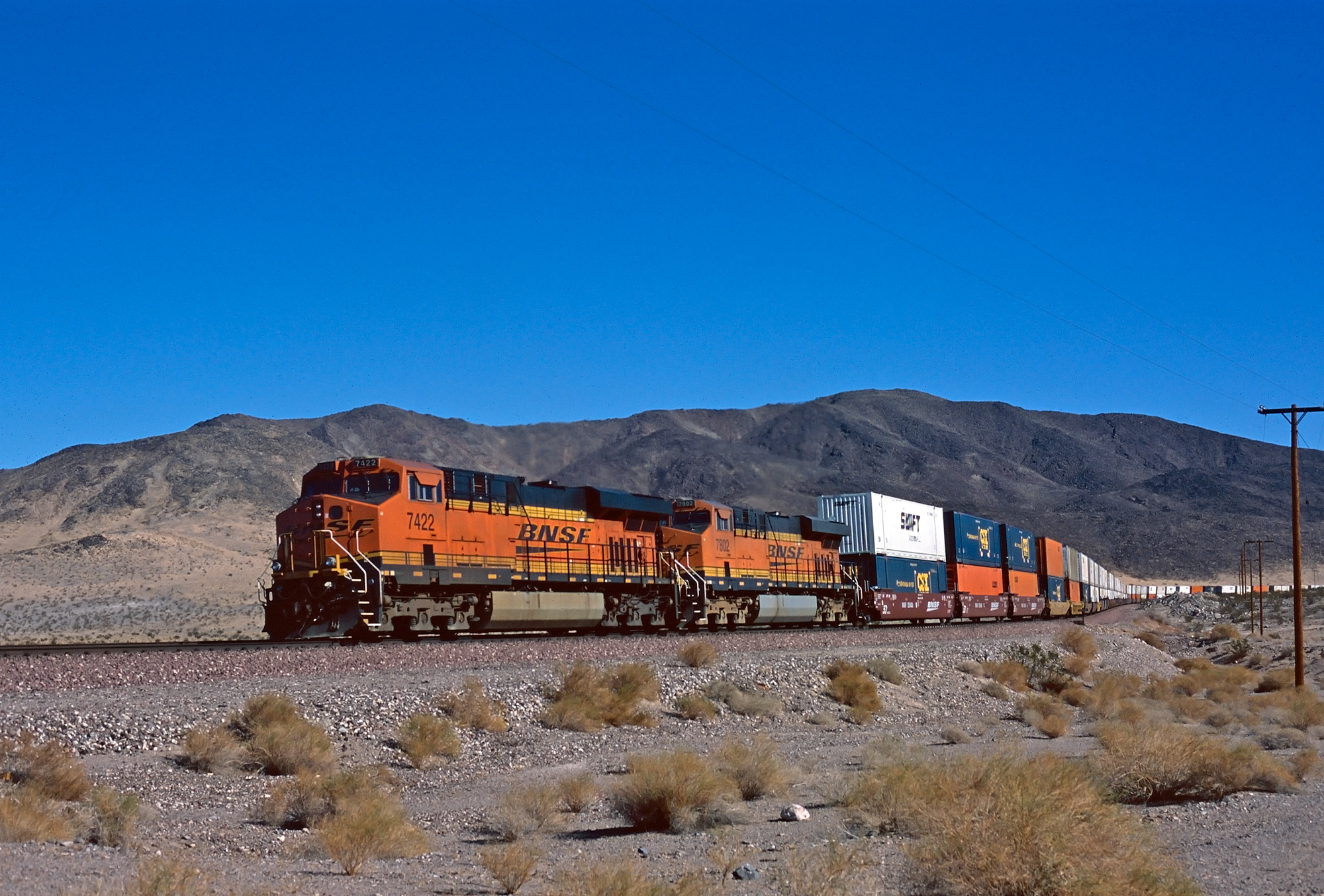 With the release of the AC4400CW in 1993, General Electric forever changed how main line locomotives were built.

Interestingly, Electro-Motive had actually pioneered AC traction technology with the release of four SD60MAC testbeds in 1991 that were later acquired by Burlington Northern (#9500-9503).

However, the builder never cataloged an AC locomotive for production until Burlington Northern's initial units (9400 series) began rolling out of EMD's London, Ontario plant in November, 1993. 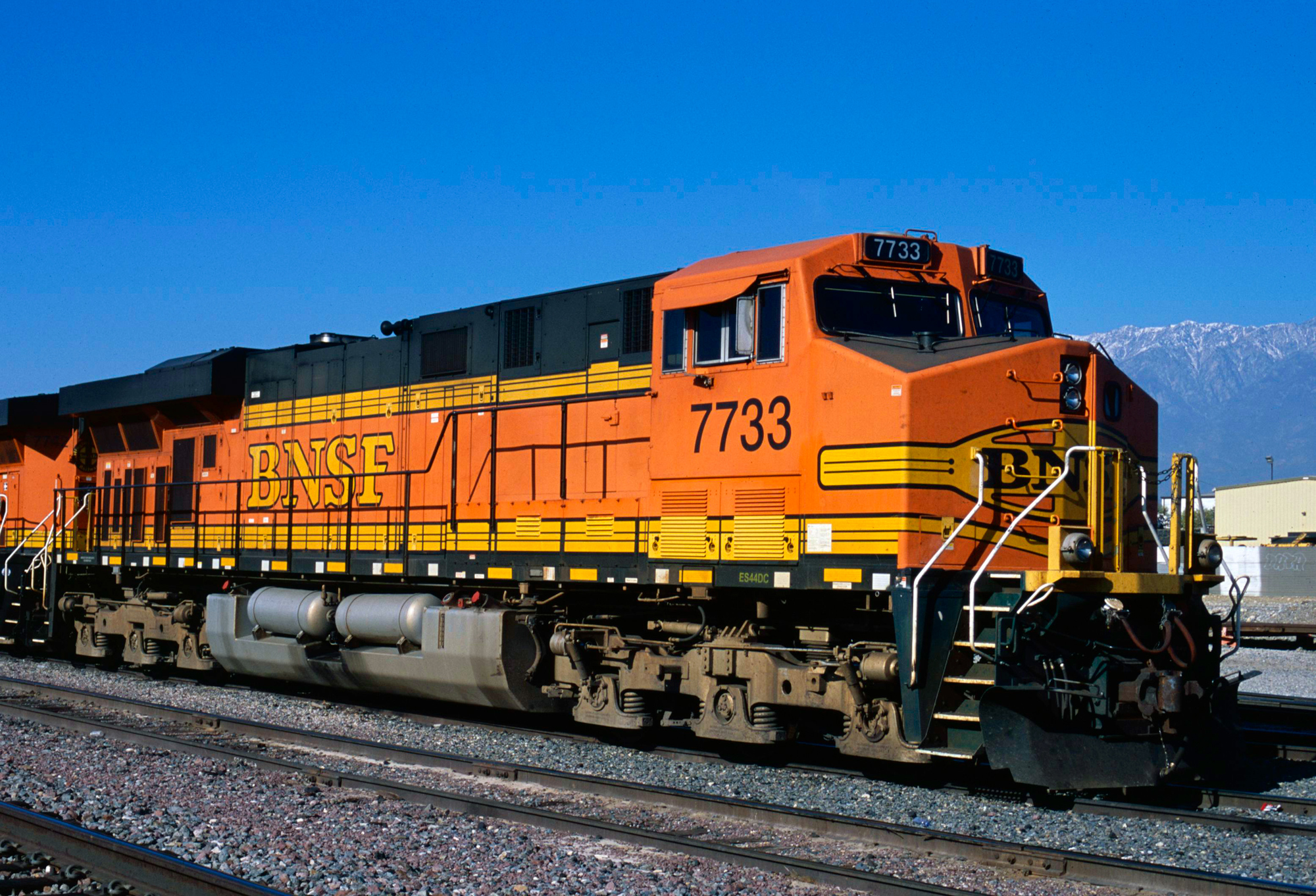 With the AC4400CW's success, AC traction became the standard in road-switcher production.  However, some railroads continued to request DC traction.  While not as efficient, it was rugged and had served the industry well since the early 20th century.

For some, the continued use of DC traction was a simply a matter of streamlining maintenance.  This was the case at Norfolk Southern and Canadian National, the only two North American Class I's to holdout on AC traction well into the 2000s (the Santa Fe did not purchase the AC4400CW although successor Burlington Northern Santa Fe acquired its first units in 1999).

Norfolk Southern's decision dated back to the "Dash 9" era as the railroad felt such a rating was sufficient for its needs.  This changed, however, as trains became heavier and NS acquired its first Es44AC's in 2008. 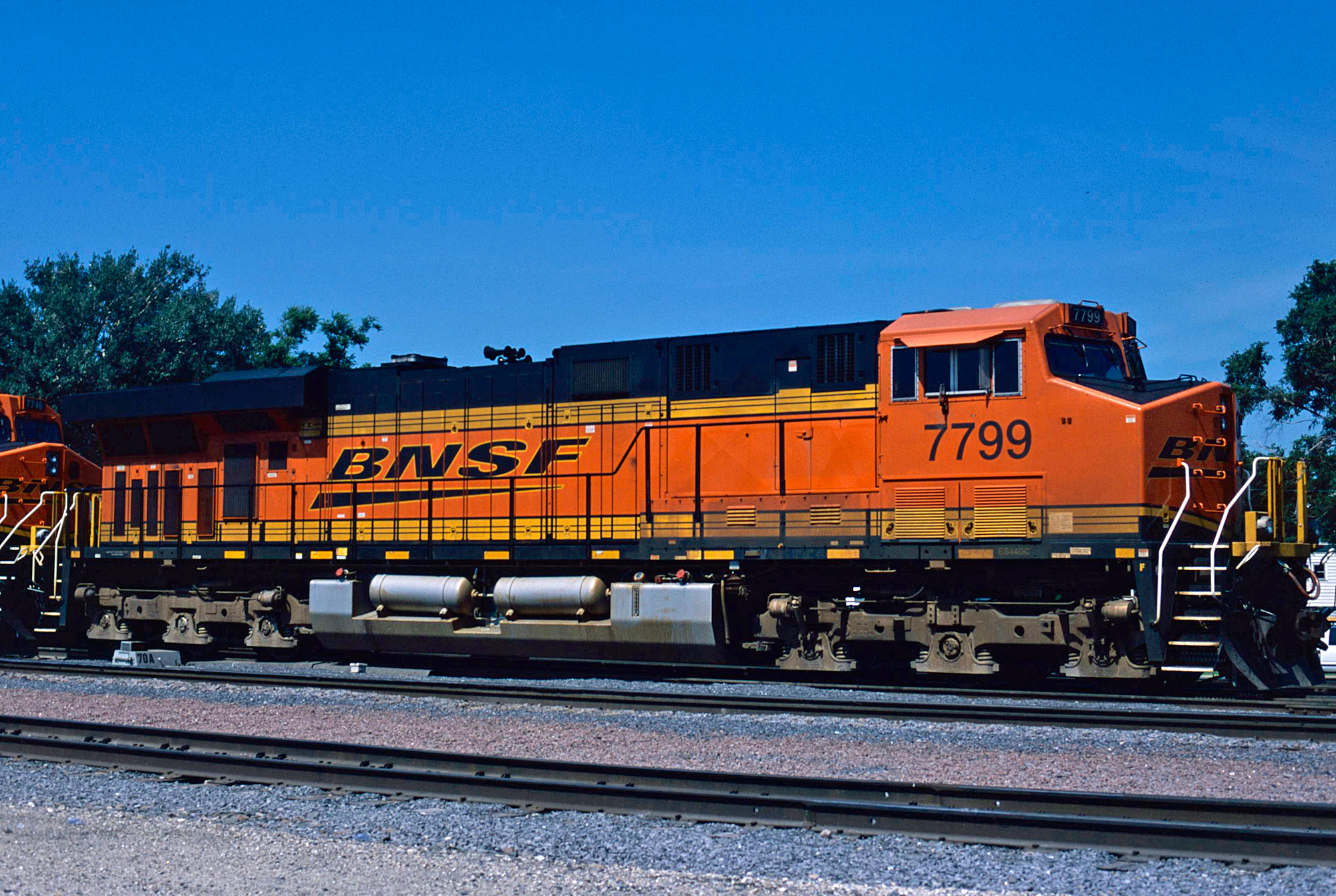 BNSF ES44DC #7799 in Galesburg, Illinois; July 8, 2007. This particular unit was one of the early such examples put into service. Paul Wester photo. American-Rails.com collection.

The Evolution Series itself was another breakthrough in locomotive development as builders sought to meet the Environmental Protection Agency's stringent emissions standards that went into affect on January 1, 2005.

GE spent hundreds of millions of dollars designing a new prime mover to meet this requirement and rolled out the first GEVO-powered, 12-cylinder locomotives in 2003.

In the end, the ES44DC sold quite well for GE with more than 1,100 examples produced.  Today, nearly all of these locomotives remain in service with their respective railroads.

However, with some now surprisingly over 15 years of age, the next round of new locomotive acquisitions is likely to occur over the next 5-10 years.