What motivates over 600 people to give up a weekend to ride on a dysfunctional railroad coach behind a steam locomotive with a trailing diesel?

What motivates hordes of people waiting at many grade crossings in Cincinnati and throughout the countryside peering down from bridges with camcorders staring for that right shot.

Incredible, isn't it. Is it the steaming iron monster, the screeching whistle, the dirty soot covered smoke belching from a loud inferno of chugs? Does it represent a day gone past when things were more mechanistic?

Does it call the wanderlust in each of us? What is it? Maybe it is the same magnetism that may motive you to read about my experiences firing steam locomotives on the B&O between 1947-1953. Read on. 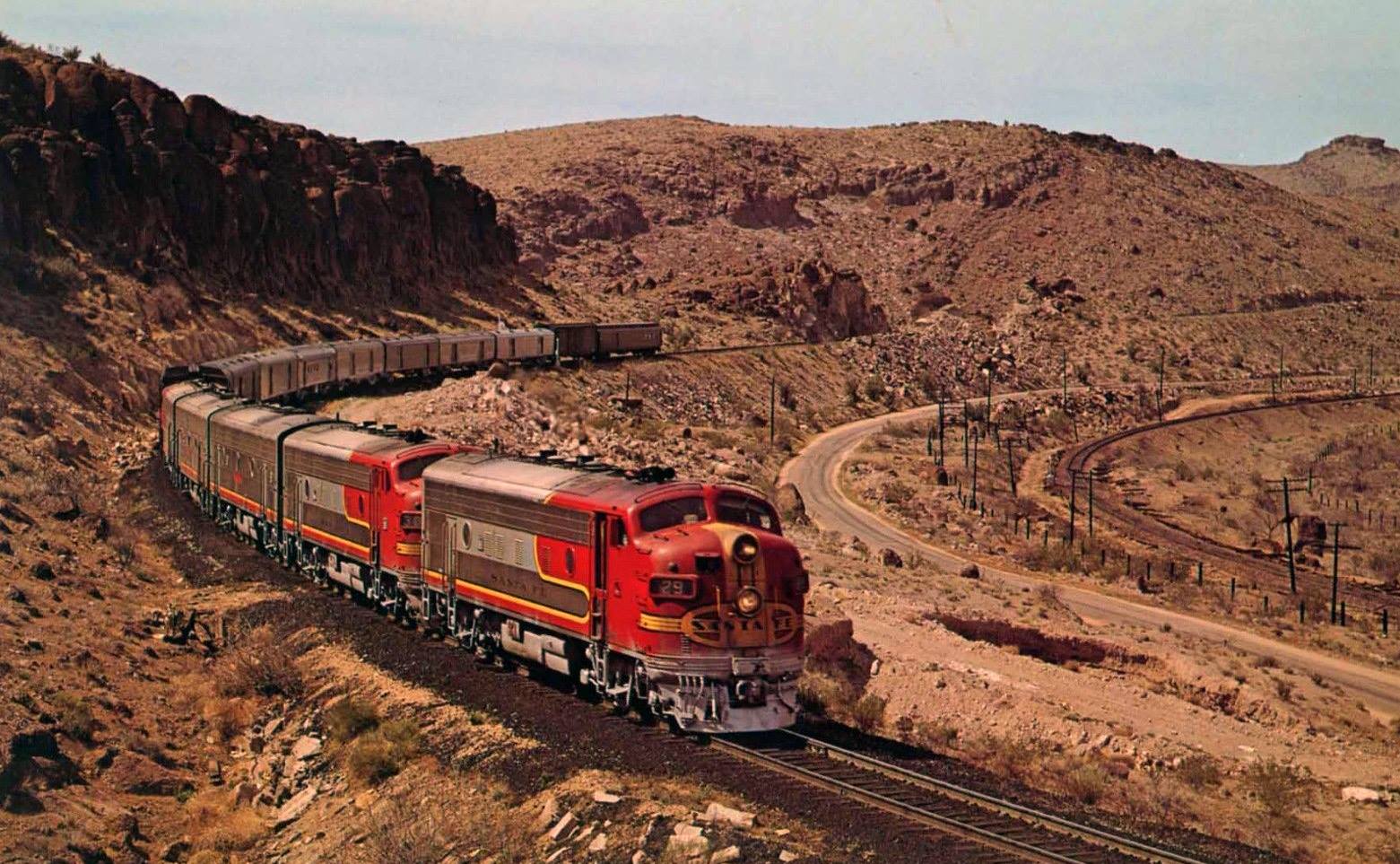 George Haas lived two houses north when we lived at 2622 Carrolton Avenue, Indianapolis. He married Liz and they eventually lived at 206 South Sherman Drive about 400 feet south of the Pennsylvania Railroad mainline to New York City.

Parallel ran the Baltimore and Ohio Railroad to Hamilton, Ohio and on to Cincinnati.

I would see the high speed Pennsylvania passenger trains rush by and the slow moving B&O freight trains since the State Street Yards were not very far away.

I was working in a machine shop across the tracks and did not like it. I contacted the Pennsylvania Railroad and they were not hiring in March, 1947. I then applied at the B&O on Virginia Avenue at 19 years of age and was hired as a brakeman in March 1947.

My first exposure to railroading was March, 1947 when I trained as a brakeman on a freight train between Indianapolis and West Dana, Illinois a Wye that helper engines used to return to Indianapolis with another freight.

I was on the caboose about a quarter mile east of the main line junction with the north/south Chicago and Eastern Illinois between Chicago and Terre Haute, Indiana.

A south bound passenger train rattled over the junction heading south at high speed with light from the opening fire door streaking across the heavens. It was a very exciting moment.

One of my first calls was to work the second shift at Connersville, Indiana, a small but thriving industrial town 60 miles east/southeast of Indianapolis.

We stayed in a caboose. Dick Mayes also was hired at the same time and age and both of us went to Connersville. It was quite an experience to have two new brakeman switching cars in a swirling snow storm.

October, 1947 I switched to fireman and held seniority until 1954. Our division was based at Moorefield Yards, about two miles west of downtown Indianapolis.

The west end went to Springfield, Illinois, 200 miles to the west. The east end terminated at Hamilton, Ohio with trains also transiting on the Toledo division to Cincinnati.

State Street yards, a mile or so east of downtown was the switching yard for the east end. The diesels appeared in 1950 and it was obvious that work would be irregular.

Hence, I decided to go to college and entered the University of Miami, Coral Gables, Florida September, 1950. Aunt Margaret permitted me to live there. I doubted that the division would still be there by the time I was old enough to retire.

It was... But the West End had its last run somewhere around 1990. I believe that all the guys I worked with had retired by 1990.

And now, some railroad stories. I was fireman on the lead locomotive heading west toward Indianapolis, Indiana when we were ordered to meet the eastbound freight at Hurricane passing track just west of Connersville, Indiana.

They were to take the siding while we remain on the main track. As we approached the block signal it started down and we assumed that the train was just entering the passing track. By the time we climbed the hill the train would be in the clear and we could proceed.

As we neared the top of the hill we suddenly saw a red fuse being waved across the track. Mike Stanley big holed the train and at the last minute it stopped.

Just ahead of us was the other train which had entered the side track but Sam Leonard had misjudged and came back on the main track.

My engineer, Mike Stanley, told me to jump and I was on the bottom step when the train stopped. I was ready to jump and head for the woods! It was a near head on collision. One comment made from one engineer to another when it was over, "Does anyone have any toilet paper".

I shall always remember walking through the roundhouse on a bitterly snowy cold night in Indianapolis and boarding one of two locomotives coupled together getting ready to head east on either First or Second 95.

This was our hot shot train that hauled 4,000 tons to Hamilton, Ohio which was almost immediately transferred to the Toledo division for Chillicothe, Ohio and points east on the mainline to the East. It was cold but cozy on the locomotive.

How can you describe the wooing sound of a steam engine thundering 50 to 60 miles and hour with the stars twinkling at you in the dark of night. Steam pressure was 190 to 200 pounds and the stoker rhythmically click-clacked over 20 tons of coal a night. 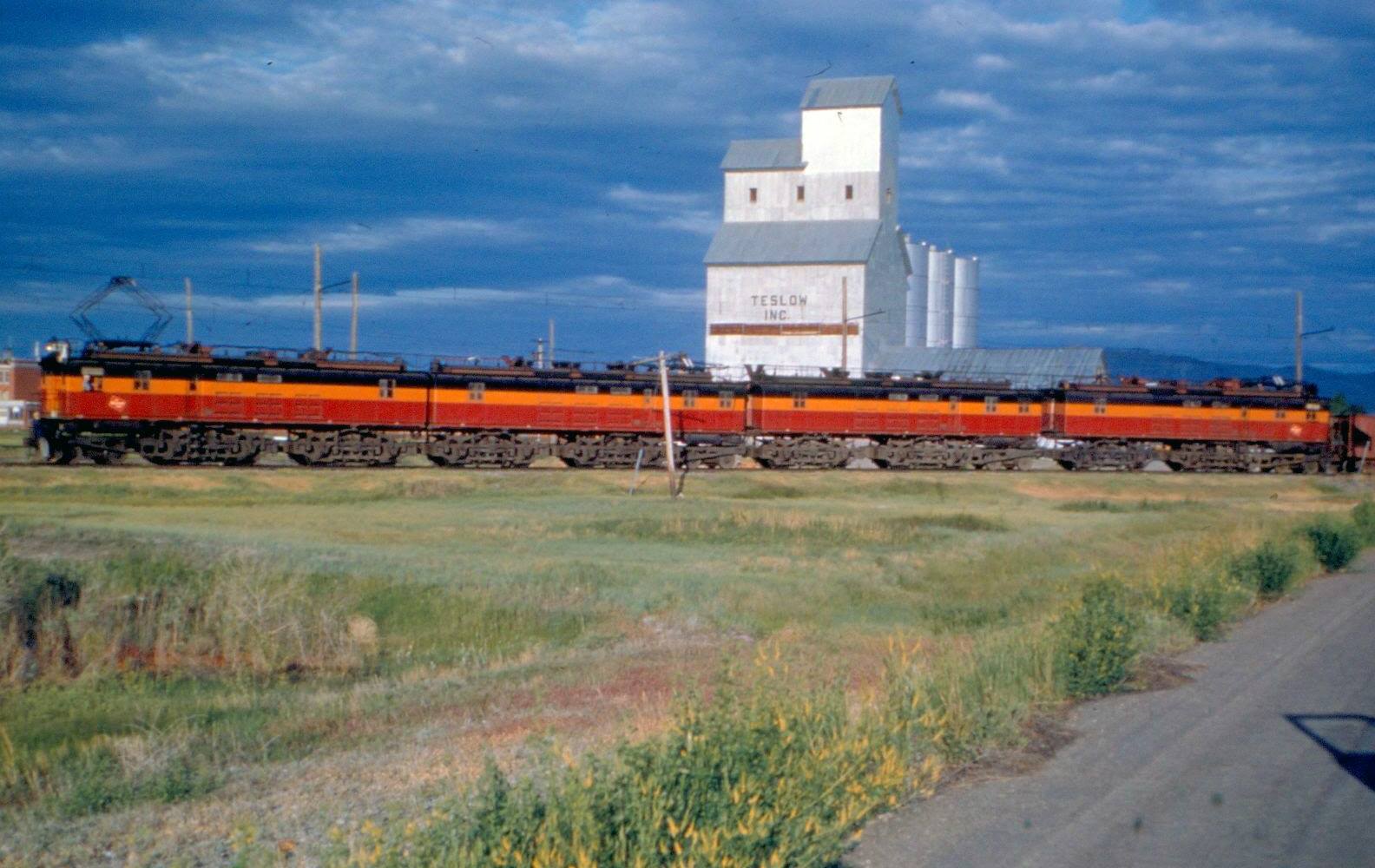 September, 1994...  The Cincinnati Railroad Club sponsored a steam train trip from Cincinnati to Indianapolis on my old railroad.

It ran on September 25, 1993 and was called the Indianapolis special. I remember being on the locomotive and feeling offended that as we went through Liberty, Indiana a "stranger" was driving the engine on my line!

And writing about Cincinnati reminds me that Riverfront Stadium was located in the middle of the railroad yards. I believe it was called the Spring Street Yards.

On several occasions there was just enough coal in the tender to get us back to the roundhouse after a very long night, usually around 11 hours on duty.

Every night an eastbound and westbound freight would meet about halfway between Indianapolis and Hamilton, Ohio.

On occasion they would not be a good meet meaning that one train was delayed due to trouble such as hot box, signal trouble. One night we were ordered to take the passing track at Lyonsville which is about 4 miles east of Connersville.

My job as fireman was to be ready at all times especially to keep the fire going. On this night the eastbound train was quite late, I had fallen asleep as did the engineer. Next thing I knew the eastbound roared by and it was time to move. I looked into the firebox and it was a black hole.

The fire had almost gone out. Needless to say the engineer was not happy. Luckily we were the second locomotive and so by the time it was crucial to have steam I was able to stoke the fire and get it going again.

We were near the water tower and by the time we took water and was ready to go steam pressure was pretty high.  I was on two wreck trains. The first was in Rushville, Indiana about 40 miles east of Indianapolis.

A branch of the New York Central crossed the B & O which was controlled by an automatic signal. Harold Clarke, Puddle-But, very appropriate for he was quite fat, did not brake soon enough for the crossing and ran into the side of the N.Y.C. freight train.

No one was hurt and damage was somewhat minimal but the locomotive was scrapped. I could see it in the scrap yard at Ivorydale yards, just north of downtown Cincinnati. The other wreck was a westbound freight derailed just east of a small town called Brownsville, Indiana.

It happened at the bottom of Brownsville Hill the one big pull we had going eastbound between Liberty and Brownsville, Indiana. Several coal cars were scattered all along the right of way. The damage was extensive. Don't know how long I was on the wreck train but at least a couple of days.

In September, 1994 I visited Hamilton, Ohio and saw only the foundation where once the roundhouse and bunk house existed.

I always think when viewing such things, "How could it have happened?" I also viewed the freight yards. It was such a busy place teeming with steam engines and banging freight cars.

It was very alarming when I first started railroading in March, 1947 to hear such a racket in the bedroom while trying to sleep.

This is the same house where I rented an efficiency during the summer of 1954 while working in the Hamilton yards. I was a student at the University of Miami at this time.  I was fireman one time when we hit an automobile and killed the driver.

Ironically, Mr. Dutchman lived right next to the tracks and pulled in front of our westbound passenger train. It must have happened around 1949. I think that I still have the check that I was given as part of the coroners inquest. 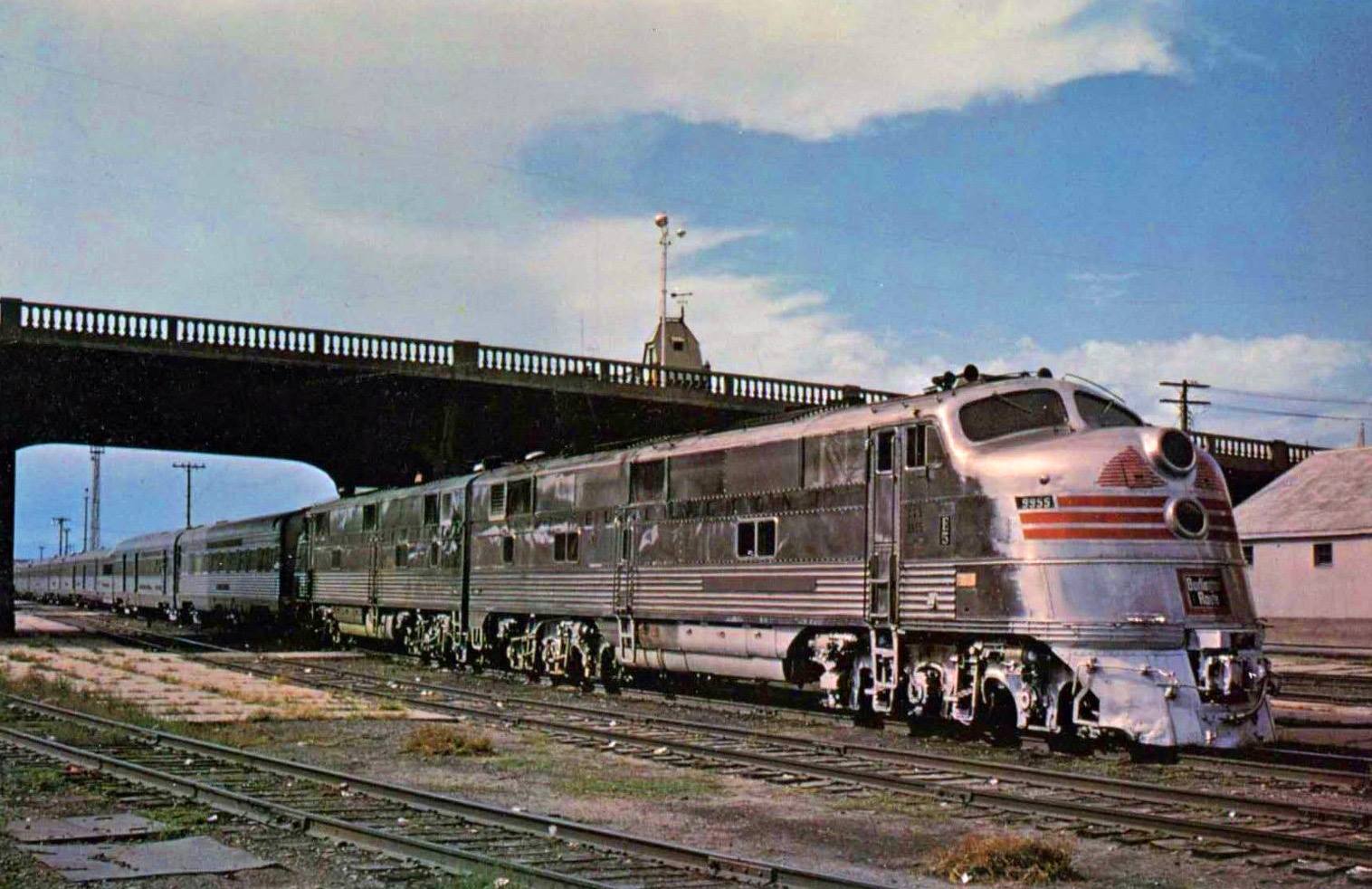 Many railroaders had nick names. Arthur--poker--Dean loved to play poker in the bunk house at Hamilton. He was a lousy locomotive engineer, was demoted while I worked there for his part in the train wreck at Rushville.

He was engineer on second locomotive when it hit another train at Rushville.

Then there was Harold--puddlebutt--Clarke who was on lead engine during that wreck. He was also demoted. His nick name was appropriate in that he was fat and really waddled when he walked.

He would also sit at start of trip and never move off seat when stopped. Ed--Jitterbug--Benson was quite nervous and hyper, hence his name. Eaglebeak Nelson had a hawk like nose, hence nick name. I was at times called Irish.

It was around 4:00 A.M. sitting at State Street, Indianapolis, and I was on second engine of a double header. My engineer was eating a sandwich when all of a sudden the cab was full of dirt and dust.

An eastbound Pennsylvania passenger train hit an automobile at the crossing thus creating all the dust as the car was pushed along the right of way. Don't recall if driver in the car was killed.

Somewhere around 1992 I went to where the Moorefield yards once operated and saw just an empty field. Very sad.

The State Street yards were still there but rather badly neglected. I guess all the yard switching was now done at the Avon yards, a huge and modern facility west of Indianapolis.