The design gained its nickname thanks to its low, sloped nose and large front windows.  It was a poor look that is often regarded as a cheap knock-off of Electro-Motive's popular E and F series cab units.

In an era when looks mattered, Baldwin realized it needed to redesign the styling of its cab units and eventually hired an outside firm.

This "Sharknose" carbody proved far more successful from an aesthetics standpoint, and Baldwin wound up selling far more locomotives shrouded as Sharks than it ever did with the Babyface. Because so few were ever built, no Baby Face models are known to be preserved today. 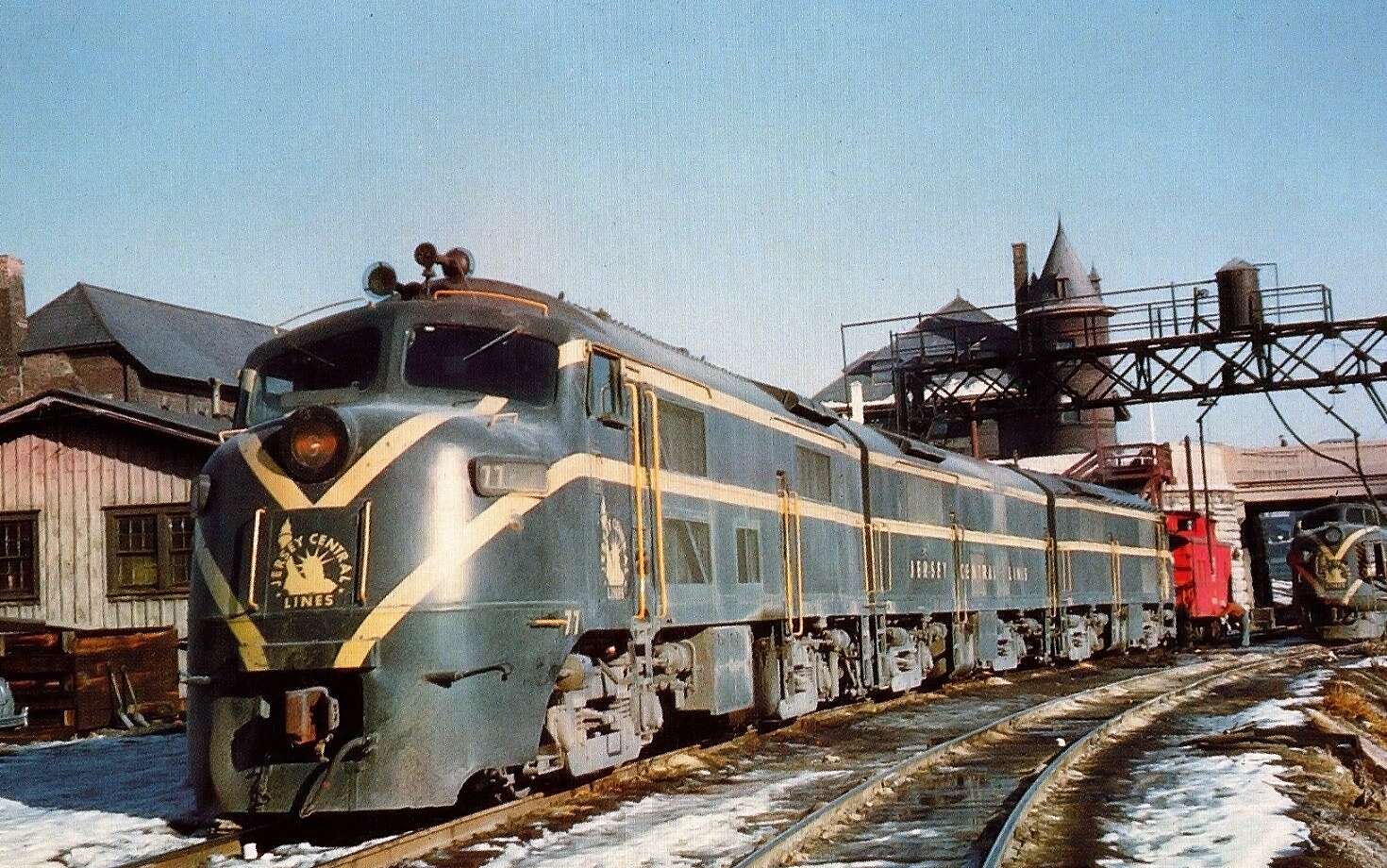 While the Baldwin Locomotive Works struggled to carve a niche for itself in the diesel locomotive market it found cab units especially difficult to sell.

There were three primary reasons for this:

Its origins can actually predate World War II when Baldwin came up with a locomotive that would operate with eight, 750 horsepower engines for a total of 6,000 horsepower.

It was fascinating concept which would allow these power plants to be swapped in and out as needed. Unfortunately, Baldwin soon realized it was too powerful as a single locomotive and lacked the redundancy of three-locomotive, A-B-A sets offered by Alco and EMD in 2,000 horsepower configurations.

The monstrous Centipede had its issues but was actually more successful than historical texts often mention:

The Centipedes were designed for passenger service where they could provide high tractive effort, high speeds, and a smooth ride.

They performed well in this capacity and actually drew interest from several railroads, including the Rio Grande which contemplated using a dual-powered version over parts of its main line in Colorado and Utah that were to be electrified.

All were constructed in the late 1940s, just before the company released its Standard Line, which offered a more reliable prime mover and redundant classification system.

When Baldwin contracted with Hadley, Ryder & Pedersen for a complete carbody redesign the company enjoyed more success with these models, and the later RF16.

The history of Baldwin in the diesel era is a fascinating look at a company still driven by quality but unable to correctly forecast the future market.

After more than a century of successfully manufacturing steam locomotives, Baldwin never dreamed cookie-cutter, out of the box diesels would ever replace the steam boiler.

Interestingly, the company dabbled in the gasoline and diesel-powered locomotive market as early as 1910 (gasoline) and 1925 (diesel), respectively.

In addition, it had collaborated with Westinghouse on early electrics in the late 19th century.  Baldwin also manufactured a wide range of successful, main line electrics between 1910 and the 1930s, such as Pennsylvania's legendary GG-1. 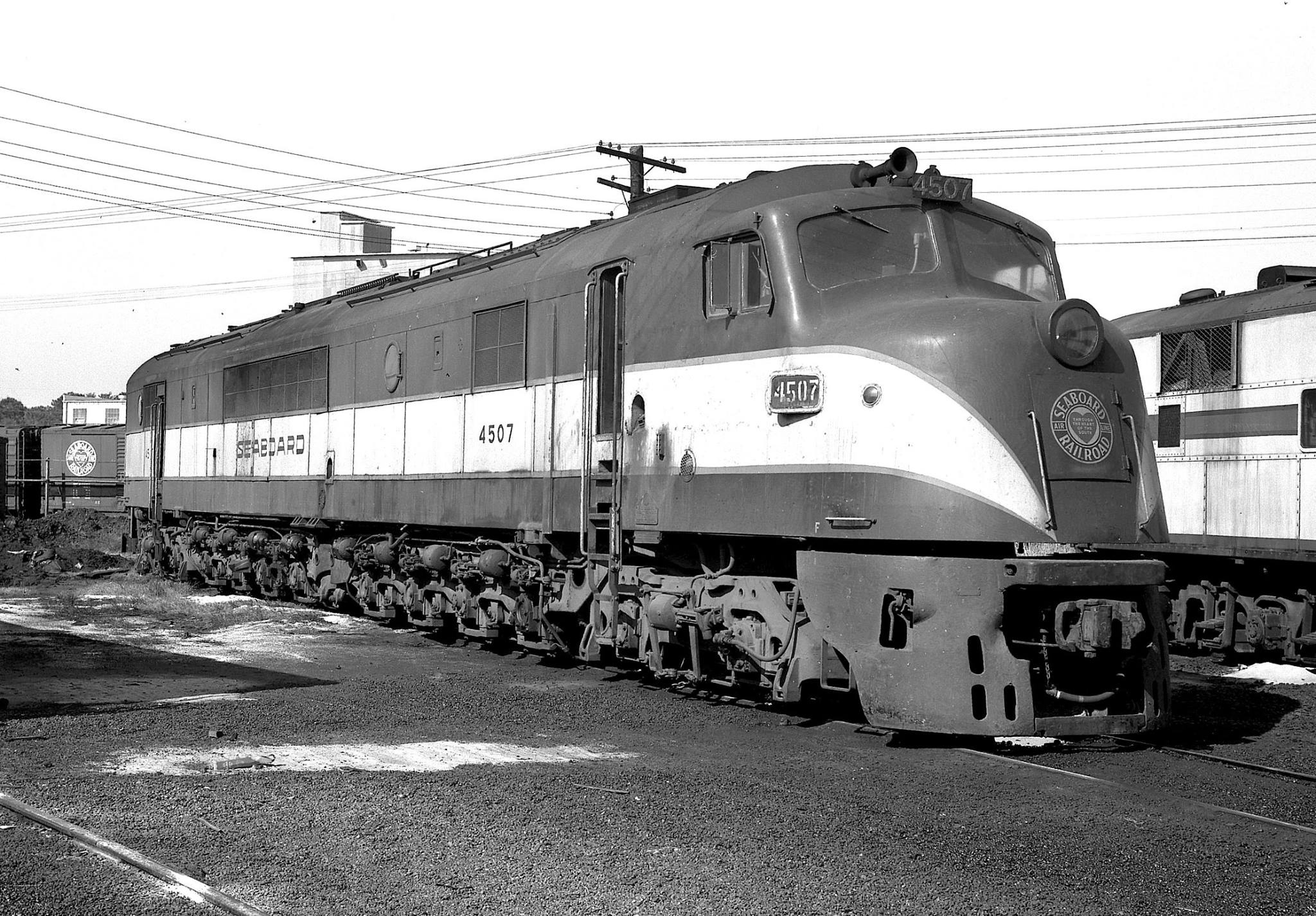 The Seaboard's fleet of Baldwins spent many years in service, as seen here with "Centipede" #4507 laying over between assignments at Jacksonville, Florida in 1960. Felix Brunot photo/Warren Calloway collection.

Baldwin's 1,500 horsepower cab models featured the builder's 608SC, supercharged prime mover.  All of Baldwin's cab models were offered with "B" units, although few railroads purchased it.

The DR-6-4-1500 and DR-6-4-2000 were both designed as passenger variants and meant to compete with the likes of EMD’s E series and American Locomotive’s PA.

The rest of the carbody was designed to carry baggage or mail.  It was yet another example of Baldwin building specialized variants. Another such one-off design was Jersey Central's double-ended 0-6-6-0 1000/2 and DRX-6-4-2000.

The CNJ acquired six in total to handle commuter operations in and out of its Communipaw Terminal located along the Hudson River waterfront in Jersey City. The double-ended design eliminated the need to turn the locomotives between runs.

The DR-4-4-1500 model was built for CNJ, Missouri Pacific, and New York Central with a total of 22 A units and 11 B units constructed.

The Sharknose shrouding in the same model witnessed greater success but it was the RF16 that saw the most sales. The Baby Face design was mostly unsuccessful and all were retired by the 1960s as mentioned above.

In 1950 Baldwin was merged with the Lima-Hamilton Corporation to form Baldwin-Lima-Hamilton by parent Westinghouse Electric. This coincided with Baldwin releasing a new line of diesels, the Standard line.

Sadly, management wanted to continue building locomotives and refine its product but Westinghouse pulled the plug.   It is truly interesting to wonder if Baldwin would have been successful thanks to its more than 120 years in the business at that time.

By comparison, it took General Electric nearly 20 years of refining its own stand-alone road-switchers to finally surpass Electro-Motive as the industry's leader in locomotive manufacturing.