While it may seem hard to comprehend, the common First Aid Kit we take for granted in this modern-day age of advanced medicine and technology surprisingly can trace its roots to the railroad industry.

The founder of the Johnson & Johnson Company worked with the Denver & Rio Grande to establish a new product that would greatly improve the health of workers constructing the railroad through the backcountry of Colorado.

As it turns out the idea proved so successful that it led to an entire line of kits being sold by Johnson, not only used by railroads but also across other industries and the general public, as well.

Throughout the early 20th century the First Aid Kit was the common method of treating less-severe injuries and led to the development of the classic Band-Aid brand of adhesive bandages. 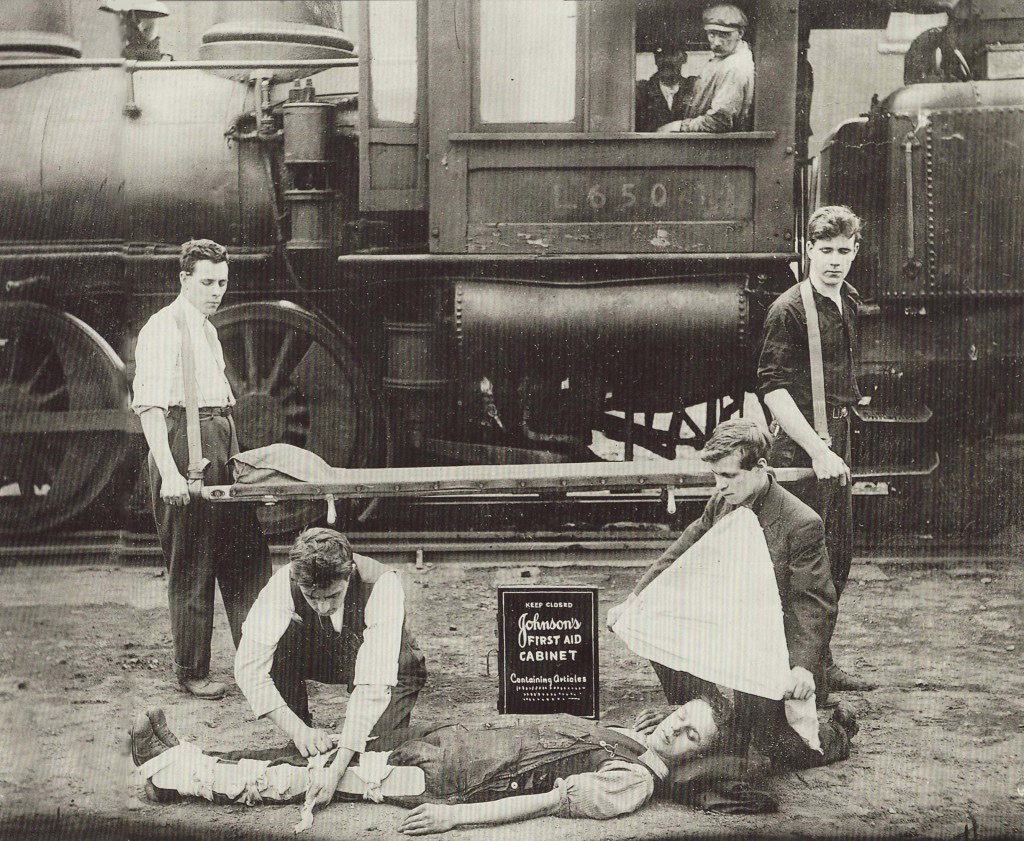 It's always interesting how fate and timing can lead to new discovers and important products.

Take, for example, the First Aid Kit. During the late 1880s Johnson & Johnson founder Robert Wood Johnson was headed west through the Rocky Mountains of Colorado to enjoy a relaxing vacation at a cattle ranch.

To get there he took the then-Denver & Rio Grande Railway (D&RG), which was in the midst of major construction. The railroad had been established in only 1870 and its original owners envisioned a system that would connect Mexico with Denver.

Gould's plan was to see the D&RG build west across the Rockies and reach the growing urban center of Salt Lake City (the system eventually grew into the Denver & Rio Grand Western that operated across Utah, Colorado, and northern New Mexico).

During Johnson's trip over the railroad he met one of the company's surgeons, which were typically general practitioners with some surgical experience.

As the two began talking they realized that each could help the other; the surgeon needed quality, sterile equipment in which to have available for patients (a difficult proposition when most railroad construction was miles from the nearest hospital and injuries are frequent and sometimes severe) while Johnson came to understand that he had a great opportunity to develop a new product that would fill a great need.

After the two spoke at length Johnson drafted several letters during the spring of 1888, sending them to railroad surgeons all over the country inquiring as to what kind of medical supplies they would need in the field, if available at a moment's notice.

Part of Johnson's letter read: "We are about to get up a railway emergency case, and wish to make one that will be of real service in the field it is intended for…

it is our wish to get suggestions from practical railroad surgeons. We already have them from one of two of the surgeons of the largest western railroads." 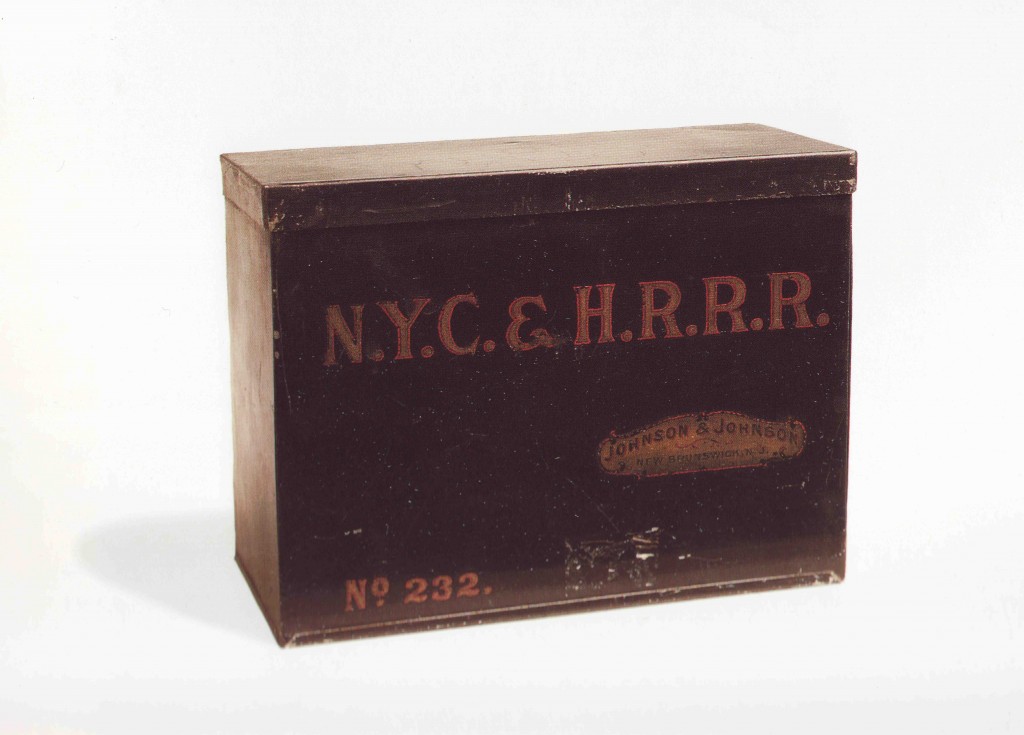 After gathering this data Johnson & Johnson began offering what was known as the "Railway Station And Factory Supply Case" in 1890, a type of First Aid Kit placed in heavy duty metal boxes that was meant for use by station agents and factory workers.

An advertisement for the product described what it was used for (proclaiming that it could not only treat minor injuries but also "a number of serious accidents") and the supplies it held, which included everything from cotton swabs and bandages to mercury tablets and rubber adhesive plaster.

The success of the case led to Johnson & Johnson greatly expanding its line. In 1898 the company released the First Aid Packet for soldiers fighting in the Spanish American War.

A few years later in 1901 the company began publishing First Aid Manuals, which were included within the kits offering detailed information on how someone could properly treat a long list of different injuries while the waited for doctors to arrive.

When introducing the manual the company had this to say about it:

"To all who are interested in first aid work we recommend Johnson & Johnson's First Aid Manual, a volume handsomely bound in blue cloth and decorated in red and gold.

It contains one hundred and twenty pages and over one hundred illustrations, some in two colors, describing almost every imaginable accident that can occur, and advising best treatment, with especial warning of what not to attempt.

This valuable work is edited by Fred B. Kilmer, Ph. C., and is contributed to by eminent surgeons who have had long experience in railroad, mining, factory, police and ambulance service, both in this country and abroad."

By the late 19th century Johnson & Johnson was becoming a major supplier of medical kits for an increasing number of railroads (many of which had their company names/logos placed on the exterior of the metal kits).

In 1897 it had its own exhibit at the National Association of Railway Surgeons' annual convention in Chicago and by the early 20th century First Aid Kits could be found not only in the railroad industry but also early automobiles (the Autokit) and airplanes (the Aerokit).

As the years passed the kit became more diversified, advanced, and easier to use particularly for the general public (such as the introduction of Band-Aid brand adhesive bandages in 1920).

It is rather amazing that an everyday product many of us now take for granted has a history that began in the railroad industry (and can still be found as common items located within locomotives, company vehicles, terminals, and virtually any place else workers are out in the field).

The blog post link referenced at the top of this page was written by Johnson & Johnson's Chief Historian, Ms. Margaret Gurowitz, and is a fabulous documentary on how the kits came to be and their development over the years.