Cab Forwards were a very distinct locomotive found, worldwide, only on the Southern Pacific in use over the Sierra Nevada mountain range as well as the railroad's main line between Dunsmuir, California to Portland, Oregon.

The locomotive looks as if it is backwards and facing the wrong direction. However, this design was quite deliberate with its purpose being to keep train crews away from the thick smoke and dangerous gases that would build up in the numerous tunnels and snow sheds found in the Sierras.

Along with Cab Forwards protecting crews from smoke and gases the unique locomotives were also quite powerful and had tremendous tractive effort to battle the region's steep grades.

Today, only one example of these magnificent machines remains preserved at the California State Railroad Museum in Sacramento; Southern Pacific 4-8-8-2 #4294 which is housed in-doors at the facility. 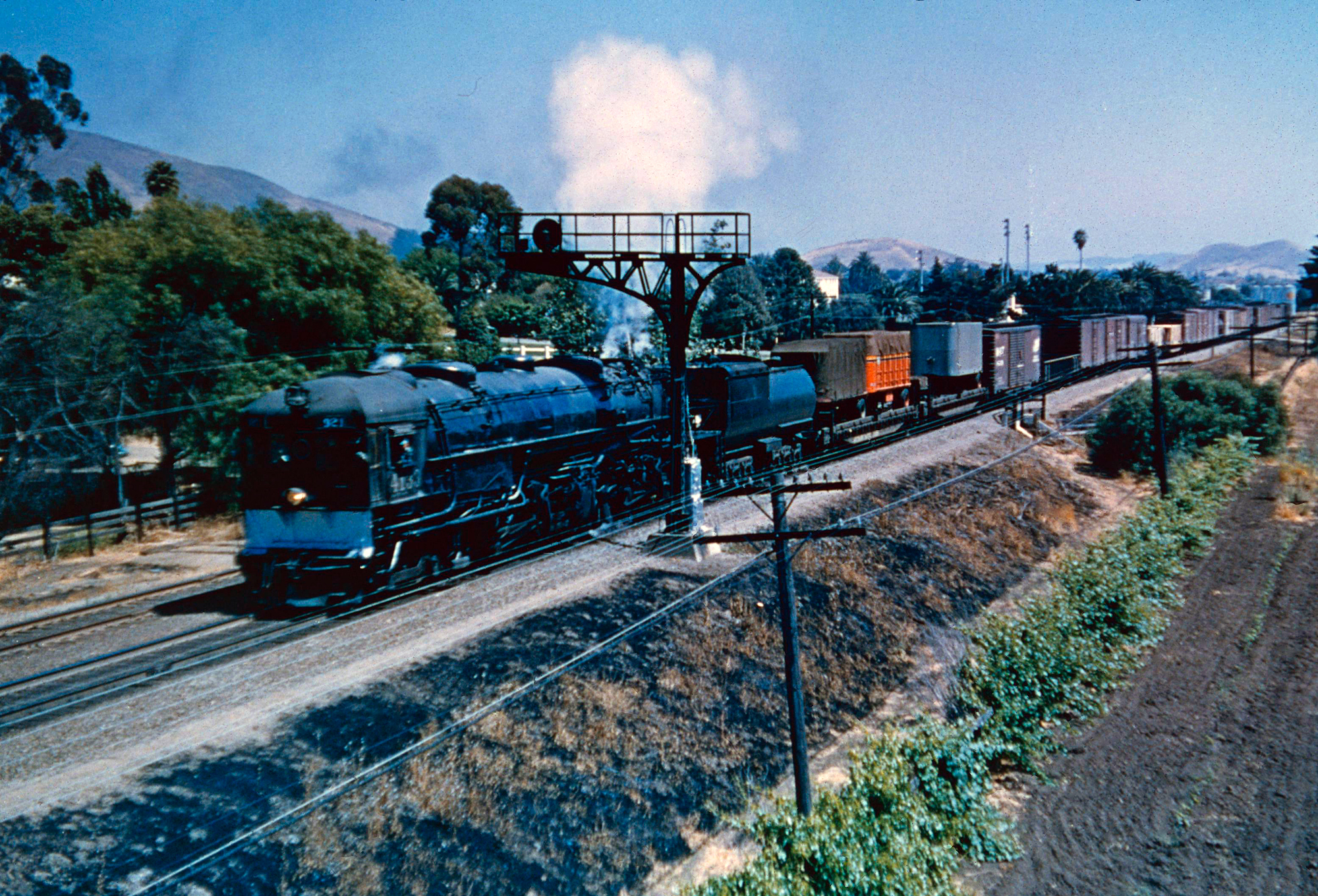 Likely the most unique, but very effective, steam locomotive design ever conceived and built was the Southern Pacific's Cab Forwards, which would go on to be one of the signature features of the "Espee."

Initially a Mallet-type steam locomotive, the Cab Forwards have their beginnings around 1908 when the Southern Pacific ordered two Mallets of the 2-8-8-2 arrangement to negotiate the very steep Sacramento Division (with grades of 2.5% in some spots), a 150-mile stretch of main line over the Sierra Nevada.

Because this main line runs through high mountain passes it was, and still is in some areas, lined with numerous snow sheds.

It quickly became apparent that these snow sheds wreaked havoc on train crews since traditional steam locomotives have cabs located at the back near the tender and they caught the brunt of the exhaust, which was very dangerous and could cause asphyxiation.

This issue was particularly brought to light when the two Class MC-1 Mallets mentioned above, #4000 and #4001, were put into service between Roseville and Sparks, California north of Sacramento.

While incredibly more powerful than any other locomotive on the Espee's roster at that time the steamers not only magnified the asphyxiation issue but also damaged the snow sheds by blowing off roof boards due to the speed and velocity of smoke exiting the stacks.

The latter issue was corrected relatively easily with a stack splitter that deflected the fumes to the sides of the roof and decreased their velocity. However, the former problem could not be solved and in the meantime train crews were becoming fed up with the breathing and visibility issues. 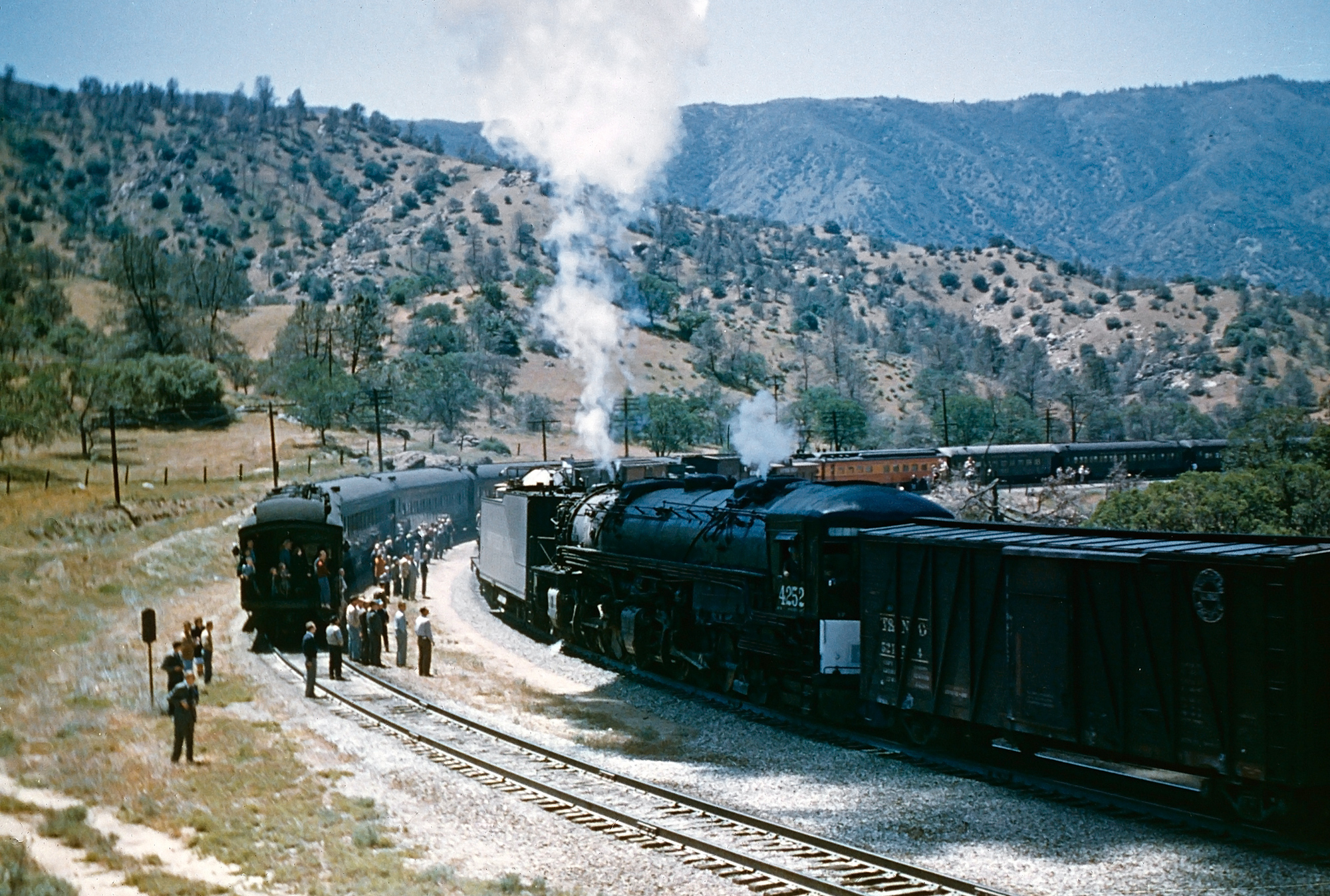 Southern Pacific 4-8-8-2 "Cab Forward" #4252 (AC-11) works helper service on Tehachapi as train enthusiasts take in the action from a railfan special during the 1950s. American-Rails.com collection.

In some ways the development of the Cab Forward was brought on by the train crews themselves.

Soon after the MC-1s entered service an engineer took it upon himself to improve conditions for the crew by turning the locomotive around and running the unit backgrounds, pulling the train through the tunnels.

While this worked it placed the engineer on the wrong side of the tracks to properly see the signals. Despite the inherent safety issue this caused other crews followed suite and the SP worked quickly to come up with a solution to the problem.

The railroad teamed up with Baldwin to produce the Class MC-2 2-8-8-2s, the first true Cab Forwards. These locomotives were numbered 4002-4016 and interestingly, were never tested before being put into service! 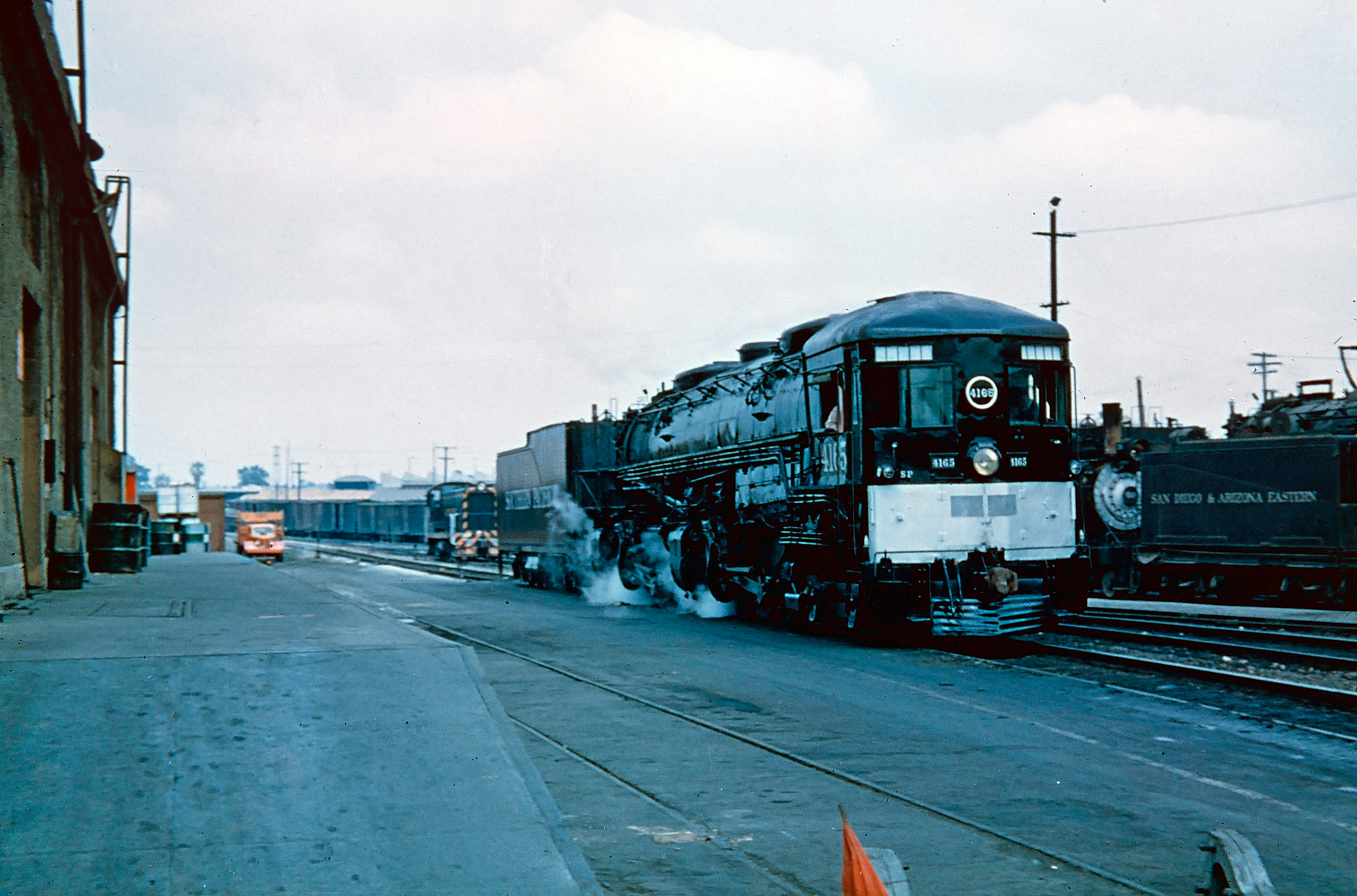 The design utilized a cab located to the front of the locomotive, which would keep the crew entirely clear of smoke and exhaust.

The locomotives were first put into service between February and March of 1910 and the Mallets ability to feature a cab at the front was thanks to oil as a primary fuel source, which was piped all of the way from the tender to the firebox.

The idea worked fabulously, solving the Southern Pacific's issues of mountainous operations with large steamers. The only real issue of the Cab Forwards during operation was crews' apprehensiveness of a grade crossing accident due to the cab being the first part of the locomotive to potentially strike a vehicle.

Thankfully, no such incidents ever occurred with the locomotives during their four decades of operation.  While the 2-8-8-2s were the first to utilize the Cab Forward design the SP owned four different wheel arrangements with such setups including 2-8-8-2s, 4-6-6-2s, and 4-8-8-2s (Yellowstones turned-backwards).

In all, Southern Pacific would eventually end up with a whopping 256 Cab Forwards in all different classes. 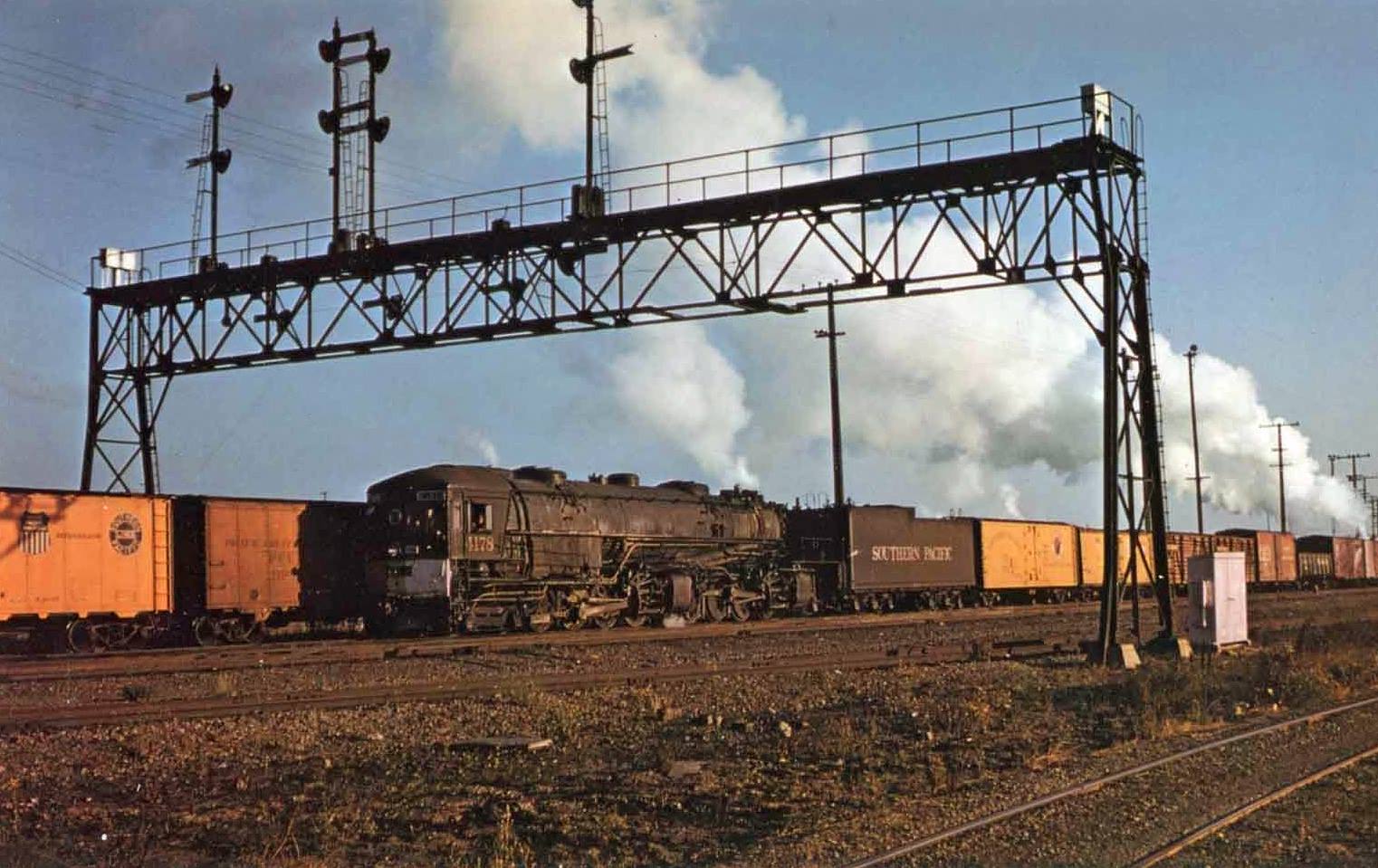 While the final AC-10/12 classes built in the early 1940s only saw a little more than a decade of service all of the locomotives proved very reliable and up to the task of moving heavy tonnage over the Sierras.

Sadly, however, diesels slowly replaced them occurred on November 30, 1956 when Class AC-10 #4211 pulled a freight from Oakland to Davis.

Thankfully, one of these extremely unique locomotives has been preserved, #4294 (the very last Cab Forward ever built) where in May of 1981 it was named a National Historical Mechanical Engineering Landmark and today resides at the California State Railroad Museum in Sacramento.