A Field Guide To Trains

A Field Guide To Trains is a book written and illustrated by Gerald Foster. It is essentially a spotting guide offering railfans and rolling stock aficionados, particularly diesel locomotives, a way to identify this equipment.

While it is literally the smallest book in my collection I have found it to be incredibly useful not only in helping to write this website but also in learning many characteristics of numerous diesels built over the last several decades.

In general the book is not really broken down in chapters but sections which cover various locomotive types from hood units to switchers and straight electrics (also regarded as "motors").

If there is one disappoint with the guide it is that not enough models are covered. For instance, very few Baldwin and Fairbanks Morse locomotives are featured and a number of American Locomotive Company (Alco) models are omitted. 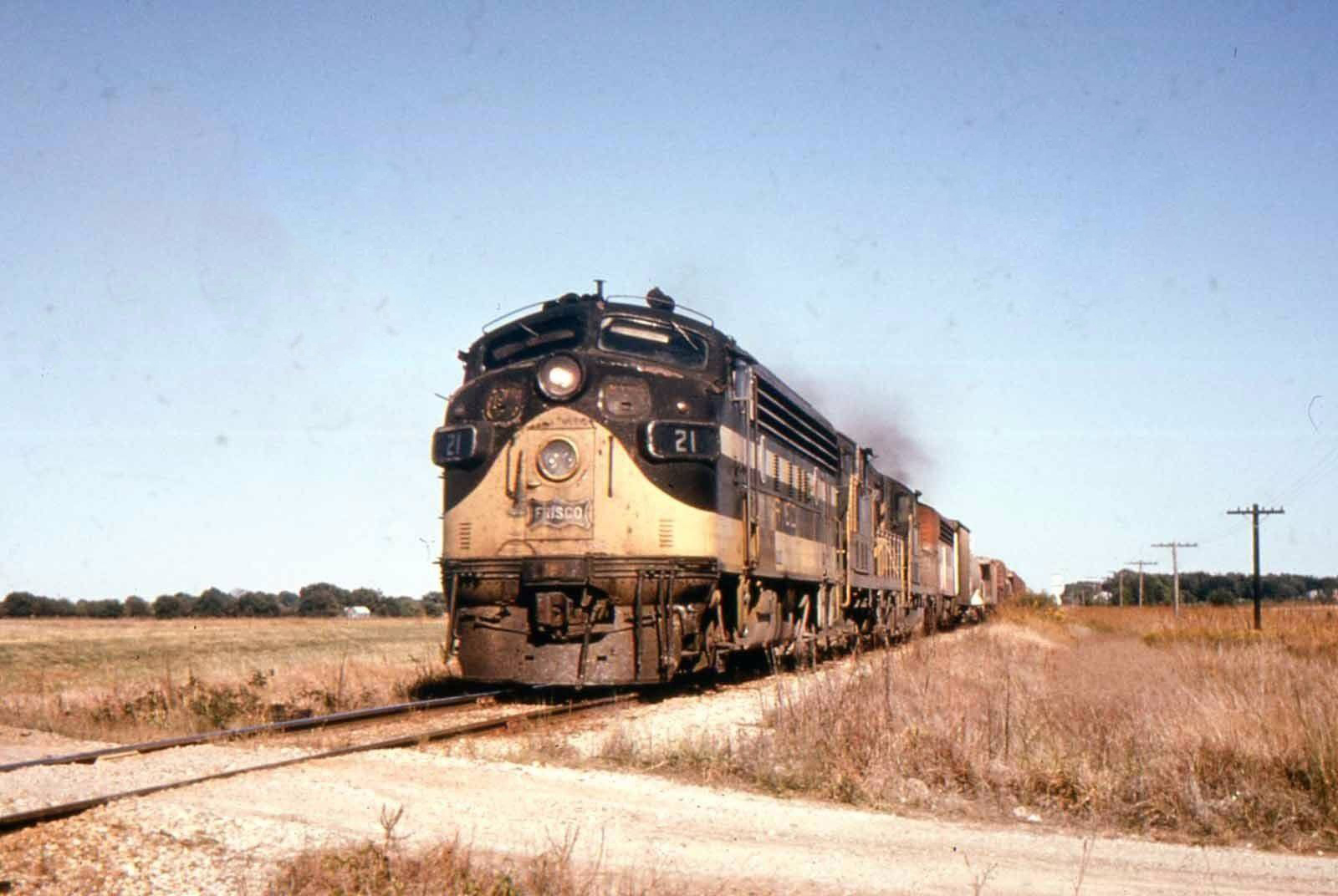 Even though there are fewer of these units still in service it would nonetheless be interesting to know their spotting features.

In any event, the book opens with a introduction which describes the fascination and interest many of us have in railroads despite the fact that few understand the intricacies of the equipment used in daily service.

This, of course, is the point of the book to better educate readers about what defines for instance, the difference between and EMD F3 and F7.

The rest of the introduction speaks of the industry's transition from steam to diesel, early diesel models (first generation power), and the entrance of General Electric into the market.

It is important to note that since A Field Guide To Trains was written in 1996 the newest locomotives featured are Electro-Motive's SD70/MAC and GE's C44-9W/AC4400CW. I do not believe any new revisions to it have been released since that time.

The book begins with a section entitled, "Identifying Diesel and Electric Locomotives." Whether you are familiar with spotting features of motive power or not this is a great read on how to identify important markers.

Additionally here the author provides an illustration of an EMD SD40-2 listing all of the common part of the locomotive such as the hood, platforms, battery box, fuel tank, dynamic brakes, etc.

If you are unfamiliar with how current diesels are typically designed this illustration is pretty useful and handy! 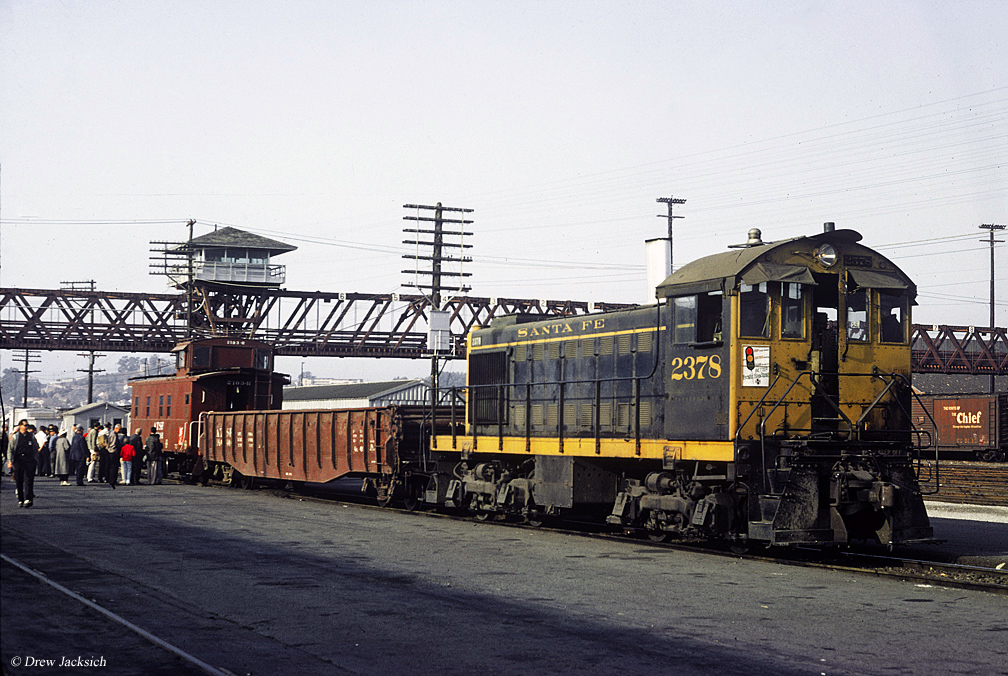 A Field Guide To Trains begins its spotting identification by looking at end-cab switchers covering early models from Alco, Baldwin, and Electro-Motive.

As mentioned above, and in the subsequent sections, not every model released by these builders is included which would have been really interesting to read about.

In any event, every model featured not only includes identification information but also provides a brief glimpse of their history usually in one or two paragraphs.

As I have researched various models featured on the website I have come to learn that the author's build totals are sometimes off.

I am not sure if he is listing only domestic production or what the case may be but this is just something to keep in mind if you plan to use the book for research purposes.

The next area of the book highlights many of the most popular low-hood road switchers beginning with Alco's RS1 and RS3.

With these two particular models the author lists them side-by-side and notes differences that set them apart. This is something that Mr. Foster offers throughout the book and makes it quite useful to quickly note model variations for the reader.

The central section of the book encompasses the largest block of pages (about 50 altogether) covering high hood B-B and C-C wheel arrangements.

It should be noted that the author's use of "high hood" and "low hood" in the book refers directly to the locomotive's trailing long hood not the short nose section ahead of the cab.

The final areas of A Field Guide To Trains highlight wide nose road switchers, full-width body units, and "Draper Tapers" (a carbody designed by Canadian National William Draper which saw a narrowing of it directly behind the cab).

The book concludes by looking at a few electrics such as the AEM-7 and E-44 as well as common freight car types such as flats, boxcars, and of course the caboose (other good books on these subjects include Freight Train Cars by Mike Schafer and Caboose by Brian Solomon). 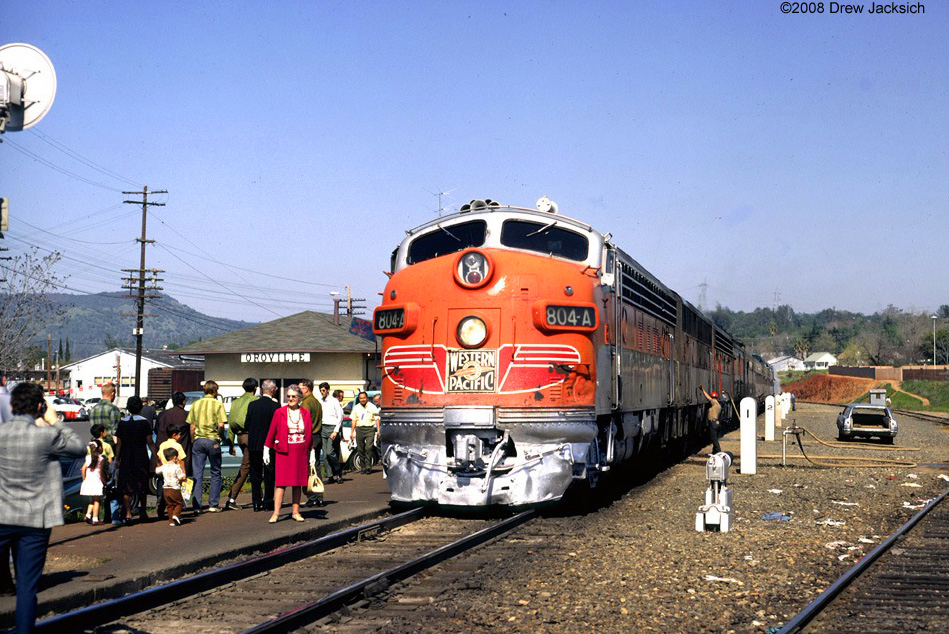 Even though Mr. Foster's book leaves some of locomotives that I would have really liked to read more about it is certainly one of the most enjoyable books in my collection (I have quite literally worn it out over the years leafing through it so many times).

As I was mentioning about the build totals I would not use the book as a complete source of data on various models for research purposes but it is certainly a great auxiliary tool in that regard and definitely worth having in your collection (especially considering it costs almost nothing!).