Few tourist railroads have reached such celebrity status as the Fillmore & Western Railway.  The line, situated in Fillmore, California within Ventura County is located just up the coast from Los Angeles.

Its close proximity to Hollywood has provided it unparalleled fame as it has starred in numerous movies, television shows, and commercials since the late 1960s.

In addition to its stardom, however, the railroad also provides a long list of popular excursions to the general public.

These include such things as holiday specials, dinner trains, murder mystery specials, and other trips.  During your visit be sure and check out the production equipment normally situated somewhere on the property.

Following a years-long battle with Ventura County and a lease that expired, the railroad discontinued operation on June 28, 2021. 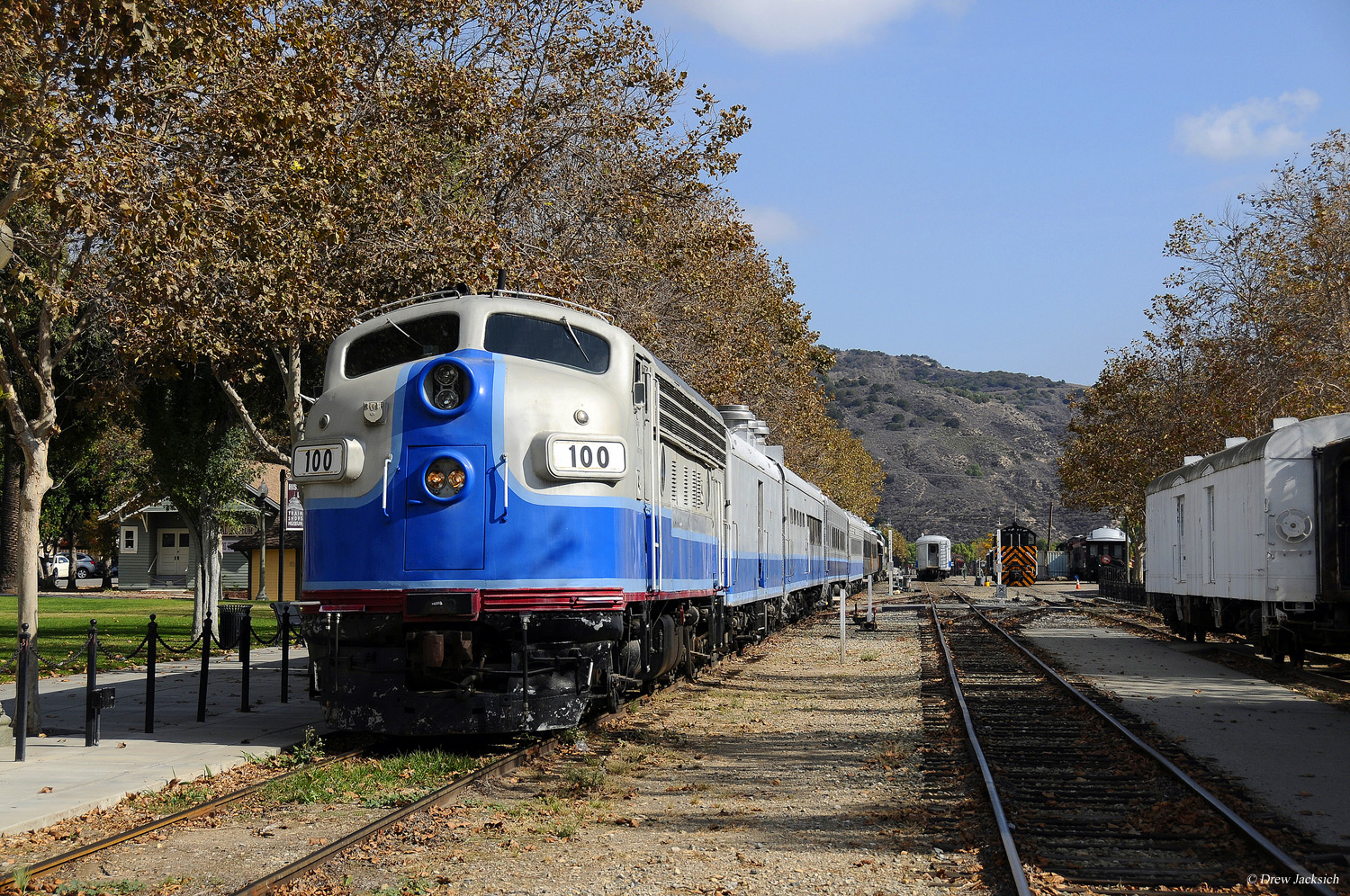 The history of the Fillmore & Western Railway began in 1967 when it was founded that year by Short Line Enterprises and over the next few years grew its collection of equipment, largely acquired from movie studios.

In doing so the company became very good, and successful, at providing railroad equipment to Hollywood.

After nearly 10 years the operation and equipment moved to the Sierra Railroad in Jamestown, California during 1976.

Here it remained for several additional years continuing to work with production companies until another move saw Short Line transfer its operations to Newhall Ranch in 1985 where it  was once again very close to Hollywood.

Unfortunately, Short Line was forced to leave the ranch in 1990 when their lease on the trackage expired.  However, during that time the railroad was featured in more than 70 different productions ranging from commercials to movies.

Soon afterwards the company settled on a new location in Ventura County, operating about 28 1/4 miles of the Southern Pacific's former Santa Paula Branch between Piru and the SP's fabled Coast Line at Saticoy/Ventura (at one time the branch was SP's original main line between Los Angeles and San Francisco/Oakland).

The location of this property once again provided for an ideal shooting location not far from Hollywood. 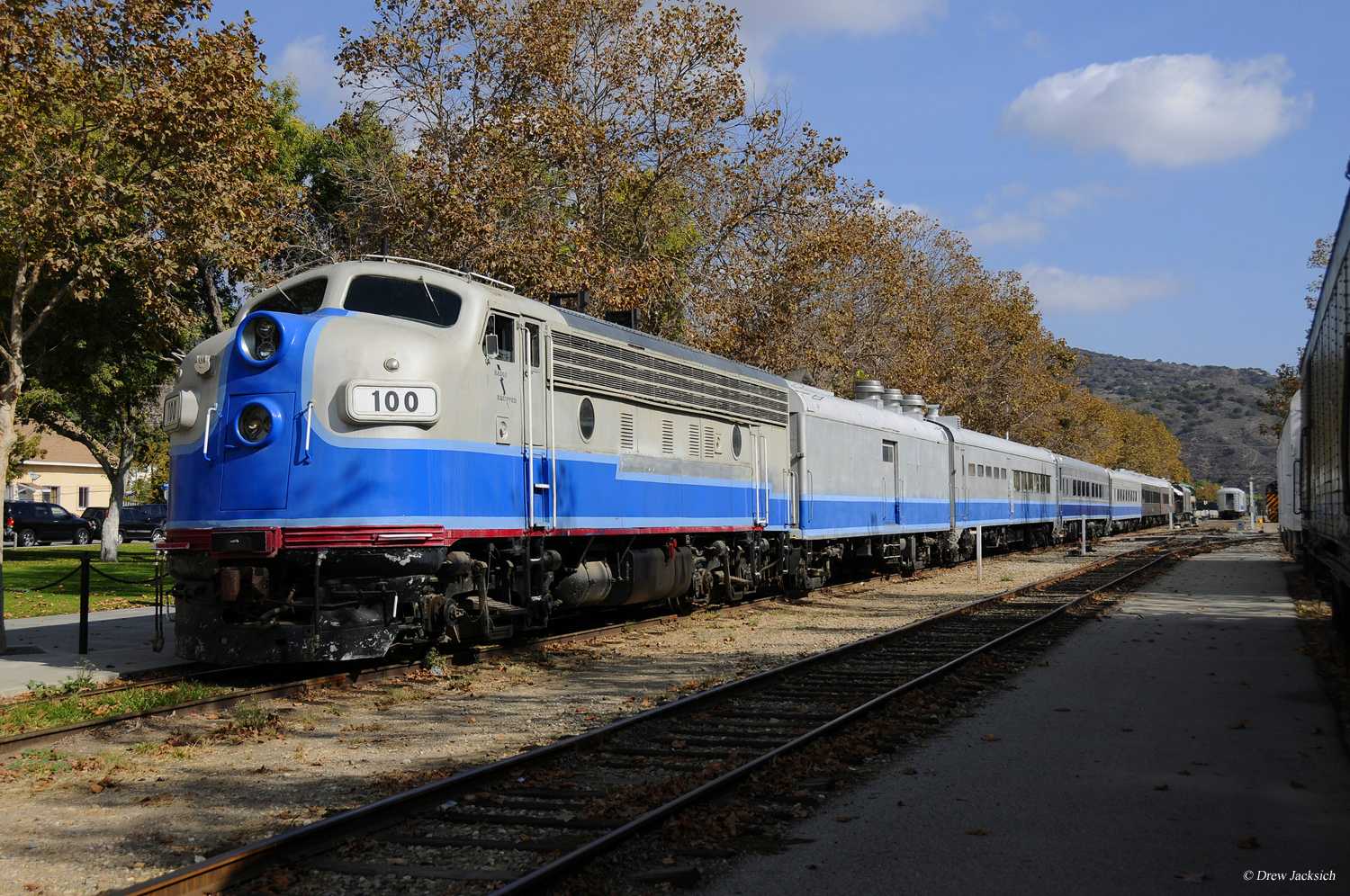 In the following years, Fillmore & Western amassed an impressive list of accomplishments related to the television and film industry.   It was also prominently featured in the leading railroad publication, Trains Magazine.

According to the railroad it was featured more than 400 times on film; annually, it averaged around a half-dozen productions.

For all of its fame the organization did not tailor solely to Hollywood.   The public also had the opportunity to enjoy trips on the railroad and take part in various special events.

Throughout the year they offered regular excursions on the weekends called Weekend Scenics that departed from the restored Southern Pacific depot (constructed in 1887) at Santa Paula.

Duluth & Northeastern 2-8-0 #14 (Originally built by the Baldwin Locomotive Works in 1913.  It is currently the railroad's only operational steam locomotive.)

Some of their more notable excursions included the following; Pumpkinliners, the North Pole Express, and Dinner With Santa. 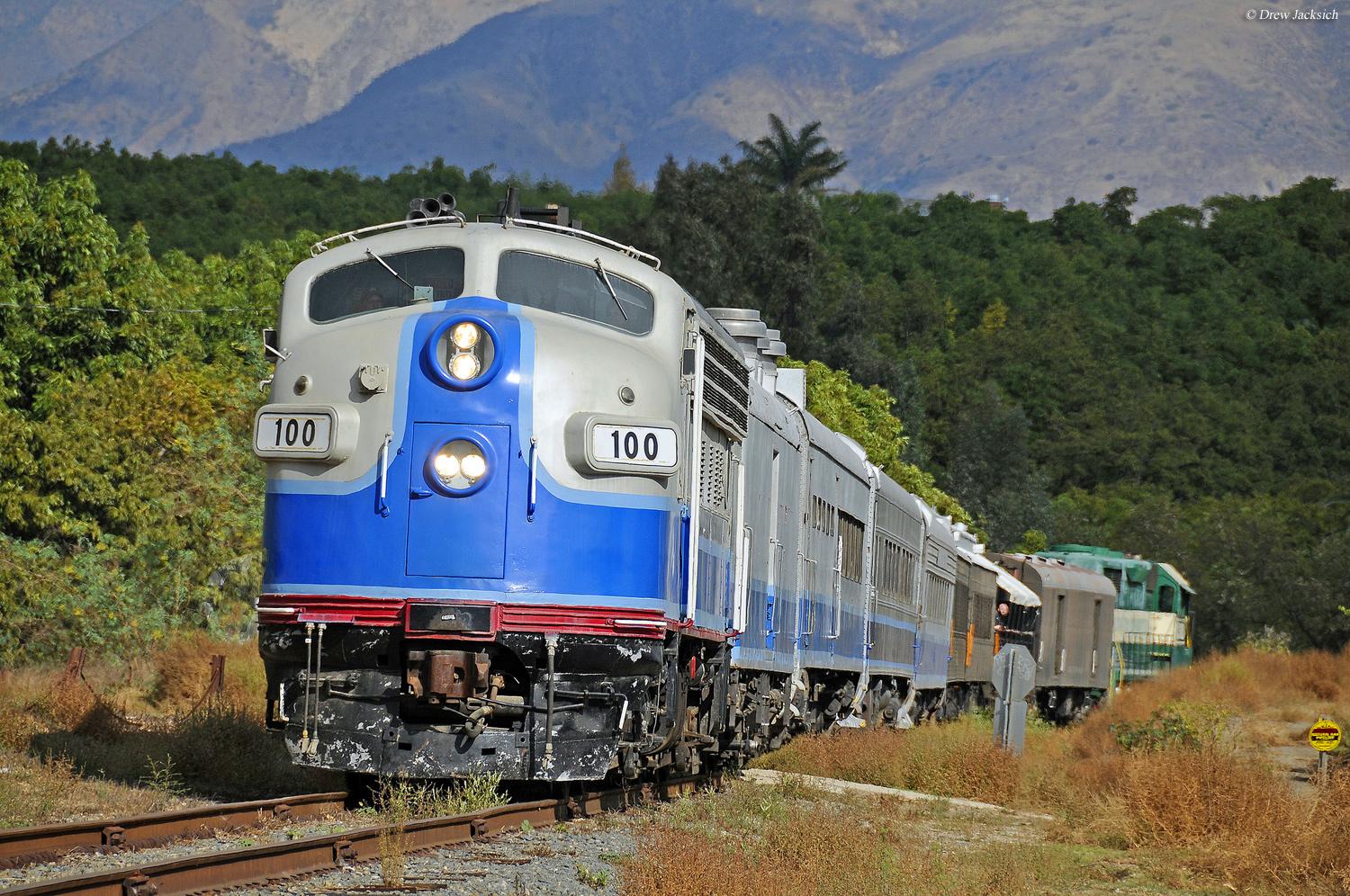 Despite the Fillmore & Western's phenomenal success it had run into legal issues.  In 2014 Ventura County, which owned the trackage (via the Ventura County Transportation Commission), planned to evict the railroad due to contract disputes.

A judge ordered the railroad off the property during July of 2014 but this move was subsequently overturned a few weeks later.

The two parties, for a time, settled their differences.  However, with a lease set to expire in 2021 this was not renewed by the county.  As a result, the railroad ended operations on June 28th that year.