Perhaps more than any other freight car designs, gondolas (also known as simply "gons"), a close relative of the flatcar but often sporting low ribbed sides, is the catchall of the railroad industry.

Often getting little respect it is typically beaten to death in service but is well-liked for its multitude of uses. The history of this utilitarian car can be traced back to the earliest years of the industry.

In his book, "The American Railroad Freight Car," author John White, Jr. notes that the Baltimore & Ohio, an industrial pioneer credited with countless "firsts," placed the original gondola in service in 1830.  For many years the gondola remained basically the same in design and character.

However, in the 20th century several specialized types entered service such as a side-dump version for bulk materials, one which could carry large sheets of steel, and the most popular in today's industry the "Bathtub" gondola for use in hauling coal.

In any event, this car appears very likely to remain an important tool within the industry for many years to come. 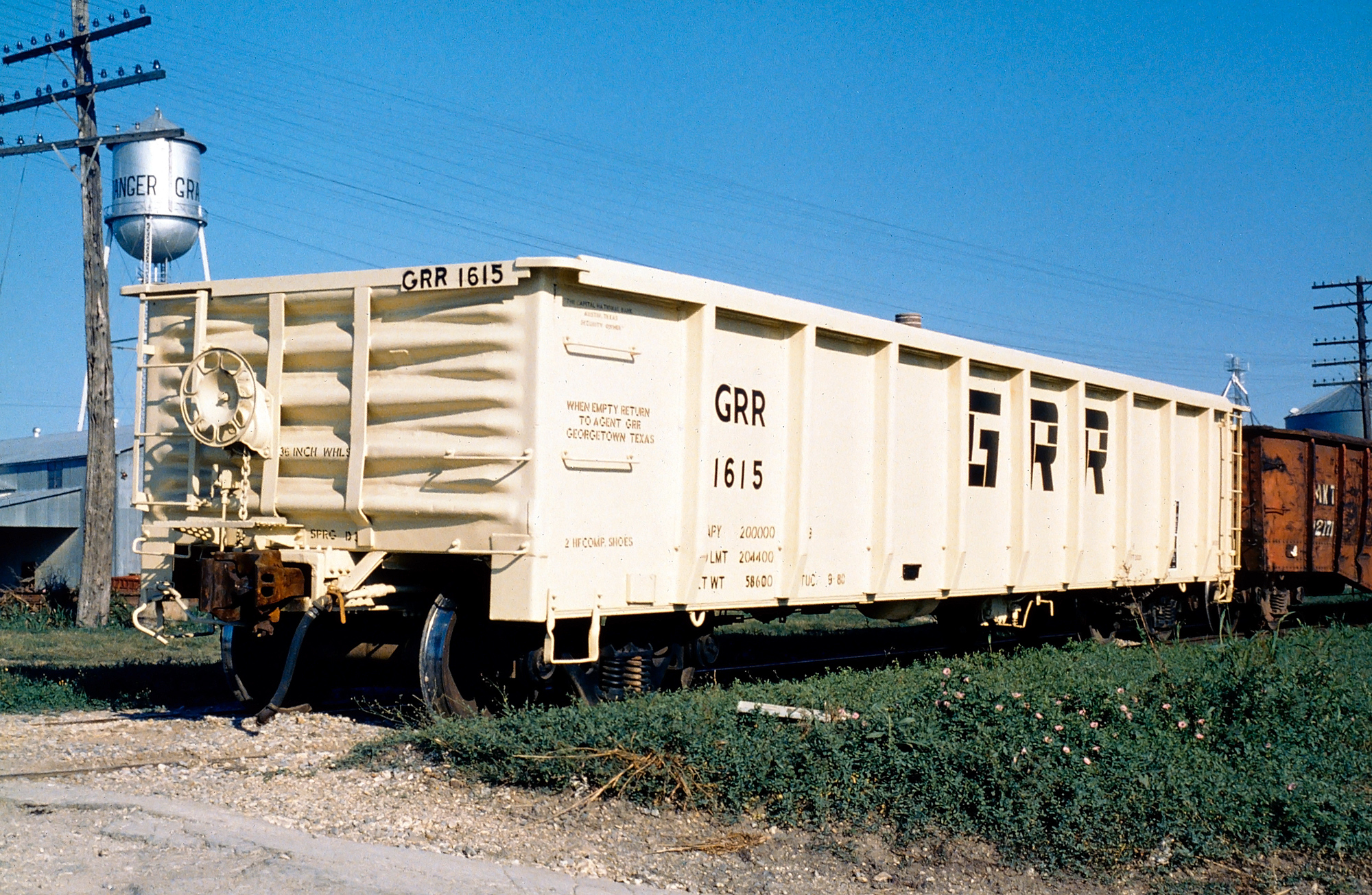 If you come across a gondola moving within a train do not be surprised if its sides are bowed outwards from all of the heavy use it has experienced over the years.

Likewise, the car in its most basic form is rarely ever maintained more than required to keep it in service. This usually means that as long as the bearings, truck assemblies, knuckle couplers, air-hoses, and other basic over-the-road equipment functions as intended little more is ever done.

However, gons are also one of the most versatile of railroad cars used for everything from carrying junk and scrap metal to new rails, steel coils, and other commodities.

The gondola’s humble beginnings date back to essentially the beginning of our country’s railroads themselves around 1830.

The B&O, previously mentioned, placed the first in service that year.  The railroad referred to them as "flour cars," designed by noted engineer Benjamin Latrobe.

The were first mentioned in the B&O's 1831 annual report and contained friction-bearing wheels designed by a self-taught engineer, Ross Winans.

The car was based from a similar design put into service in England on the Liverpool & Manchester; it was 9 feet 6 inches long, by 7 feet 8 inches wide with a 44-inch wheelbase (the wheels were 30 inches in diameter).

They featured very low sides around 2-feet in height, just enough to secure barrels of flour and prevent them from falling off.   At the time these little cars can handle only a few tons of ladding; by the Civil War period the cars were nearly 30 feet in length and could handle about 15 tons.

As demand grew and a locomotive's power increased, larger and larger designs were unveiled.  By the late 19th century the cars were 36 feet in length and could handle around 30 tons.

The modern gondola from the mid-20th century onward is about 50 feet in length and can handle up to 70 tons according to Mike Schafer's and Mike McBride's book, "Freight Train Cars." 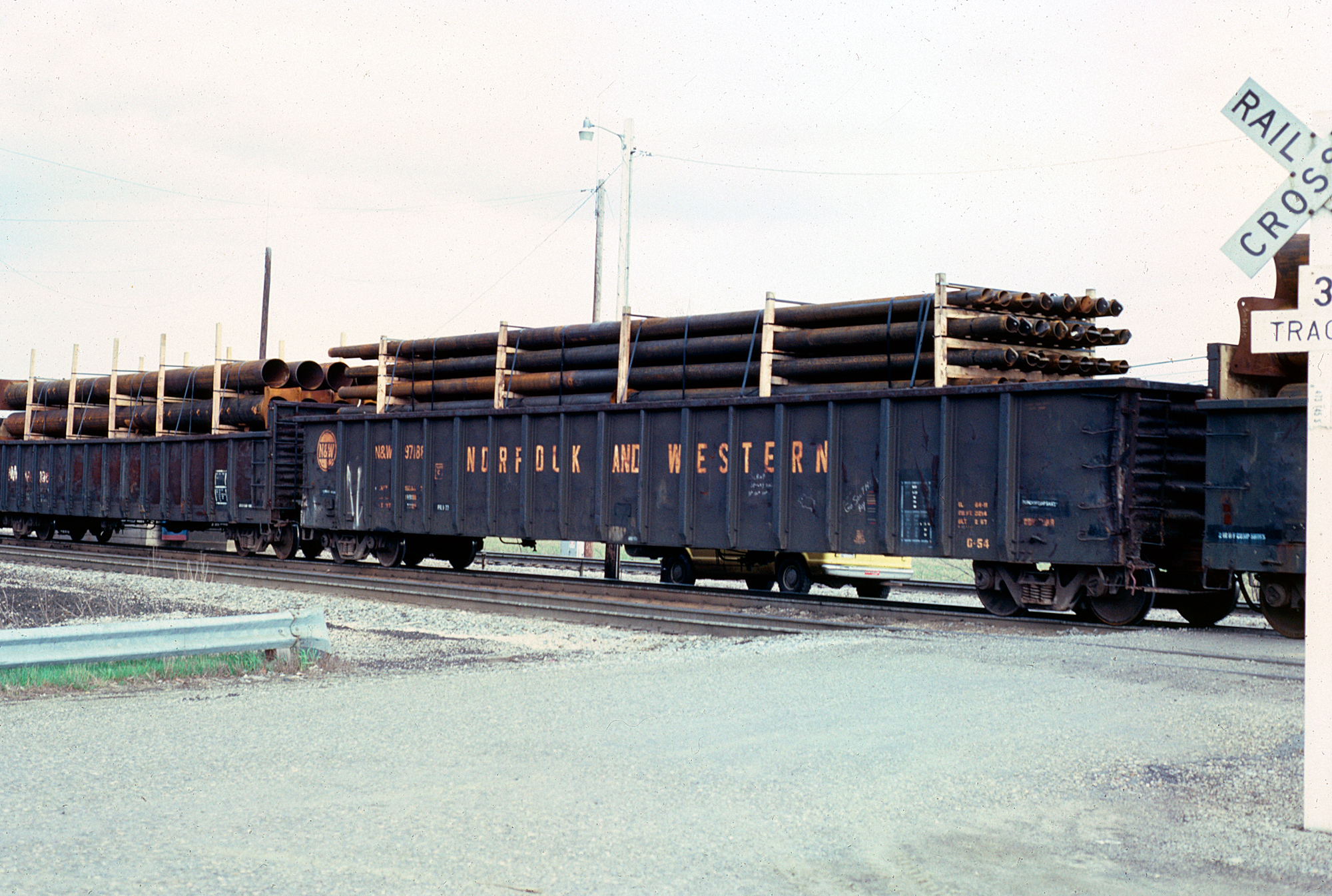 Today the standard gondola resembling a flatcar with low sides generally measuring somewhere in the range of 50 feet with a capacity of nearly 100 tons.  The standard design, however, isn't the only type currently in use.

Some gons look nearly like boxcars but with open tops, commonly for the purpose of handling lightweight materials such as woodchips (although some railroads have modified hoppers with much higher sides for the same purpose!).

Others versions feature hatched tops to cover goods from the outside weather, and some even appear as the common hopper car which typically carries coal.

One of the first noticeable changes to the gondola occurred in 1905 when the Ralston Steel Car Company of Columbus, Ohio came up with a drop-bottom system with outward chutes that allowed the floor to be manually opened and use the force of gravity to quickly and efficiently remove the car's contents, which would disperse to the sides. 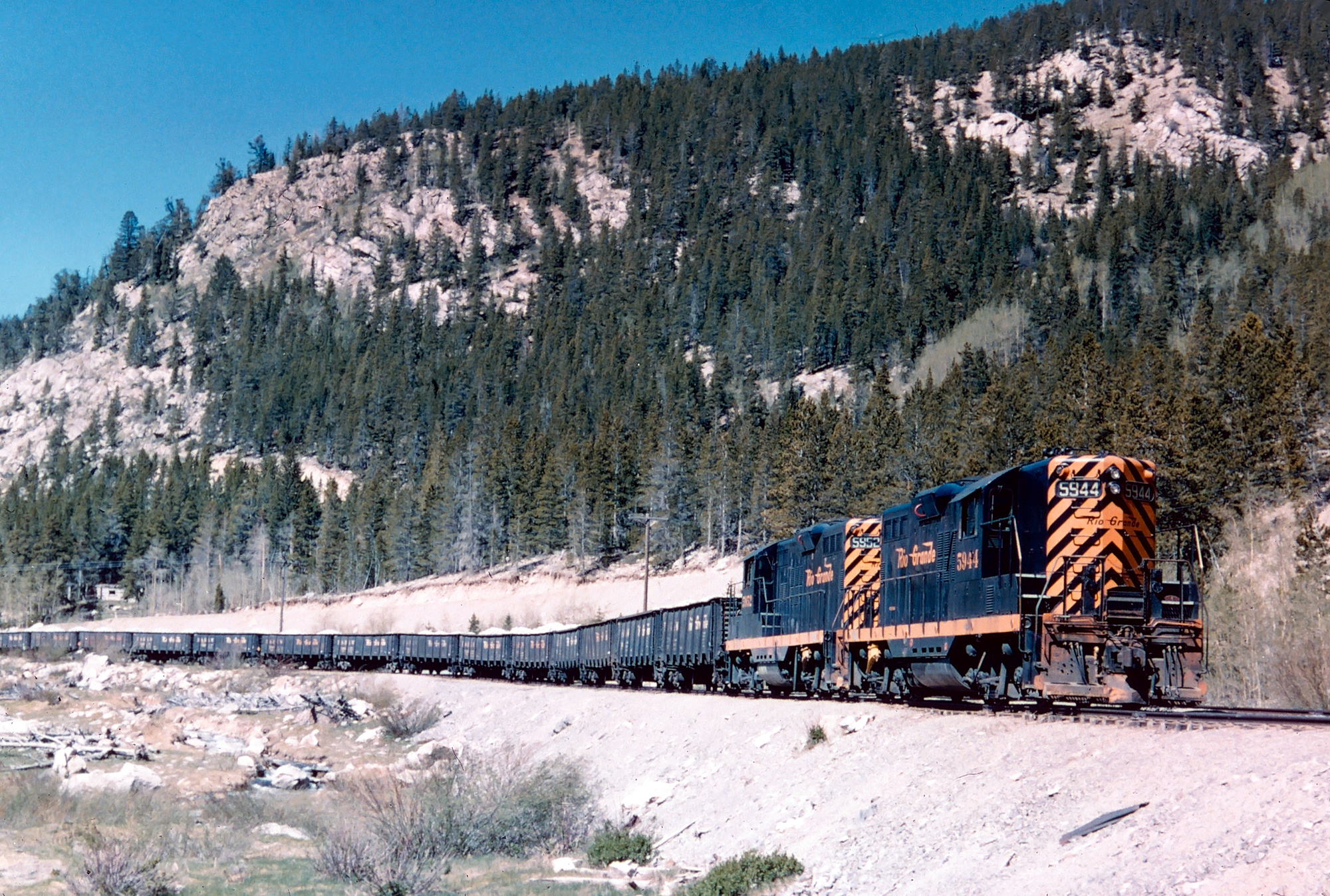 Many railroads found this useful in a wide range of applications, such as in maintenance-of-way service for ballast operations allowing for fast dispensing of the stone along the sides of the rails.

Today, gondolas designed this way are still used in such a fashion. During the second-half of the 20th century a similar version to this design came into use, the "Bathtub" gondola.  This version employs wide, bottom "belly" doors that can be opened to immediately dispense their contents.

Railroads found this design useful in coal service since the car could carry more product than the hopper (which is built with chutes within the structure for unloading) and yet still quickly be unloaded. Today, this gondola has become nearly as common as the hopper.

Gons are sometimes mistaken for hopper cars. The reason the car is still classified as a gondola is that it does not have angled drop-bottom hatches or chutes like open-top hopper cars.

If gons are being used to haul coal they are usually emptied all at once by being tipped upside down or having their load immediately emptied from their 90-degree drop-bottom hatches.

In other words, hoppers contain some type of angled or sloped drop-bottom chutes, which use the force of gravity to quickly unload their cargo without having to tilt or turn the car upside down in any way.

Other versions of the gondola that can technically be classified as such due to their very design includes the coil car, used to haul large sheets of rolled steel (which typically are covered to remain out of the elements) and the well car, which has a depressed center and low sides to haul one or two intermodal ship containers. 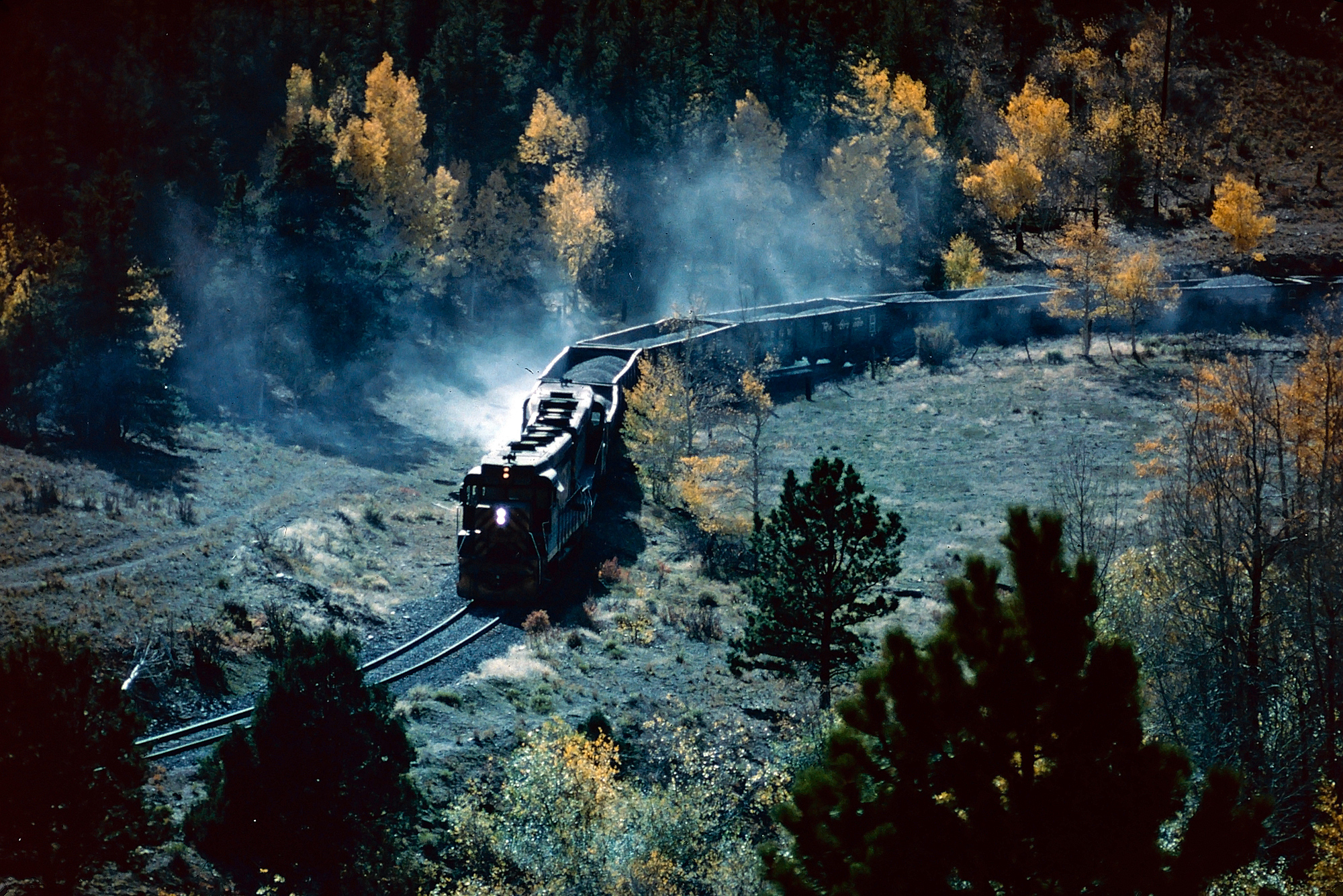 Of course, this car has also been classified as a flatcar to further confuse matters!

Aside from handling coiled steel, low-sided gondolas have been used in other specialized applications; short bulkheads have been added to the car's end for pulpwood service and covers continue to be applied in modern-day service for products which must remain dry. In recent years this car has become particularly in high demand due to the explosion in this market.

Whatever its use may be on a day-to-day basis the gondola certainly will not be retired anytime soon.