George Gould was the eldest child of the famed and prosperous Jay Gould. Taking after his father, George entered the railroad business by the age of 24 and inherited virtually all of his Dad's railroad holdings following his death.

While less bold than his father, George was successful as a manager and oversaw several profitable railroads (without the robber baron reputation).

Following the hopes of his Dad he attempted to string together a transcontinental railroad but during the financial panic of 1907 ruined him and he eventually lost control of all the lines he held. Still, upon his death Gould was worth several million dollars even after his debts were paid.

Gould's portfolio (most of which was inherited from his father) at the time of his downfall included most notably the Western Maryland, Western Pacific, Missouri Pacific, International-Great Northern, Texas & Pacific, and the Wabash.

According to the New York Times, when Gould died in 1923 his net worth was valued at $30 million, less than half of his father's fortune that he inherited. 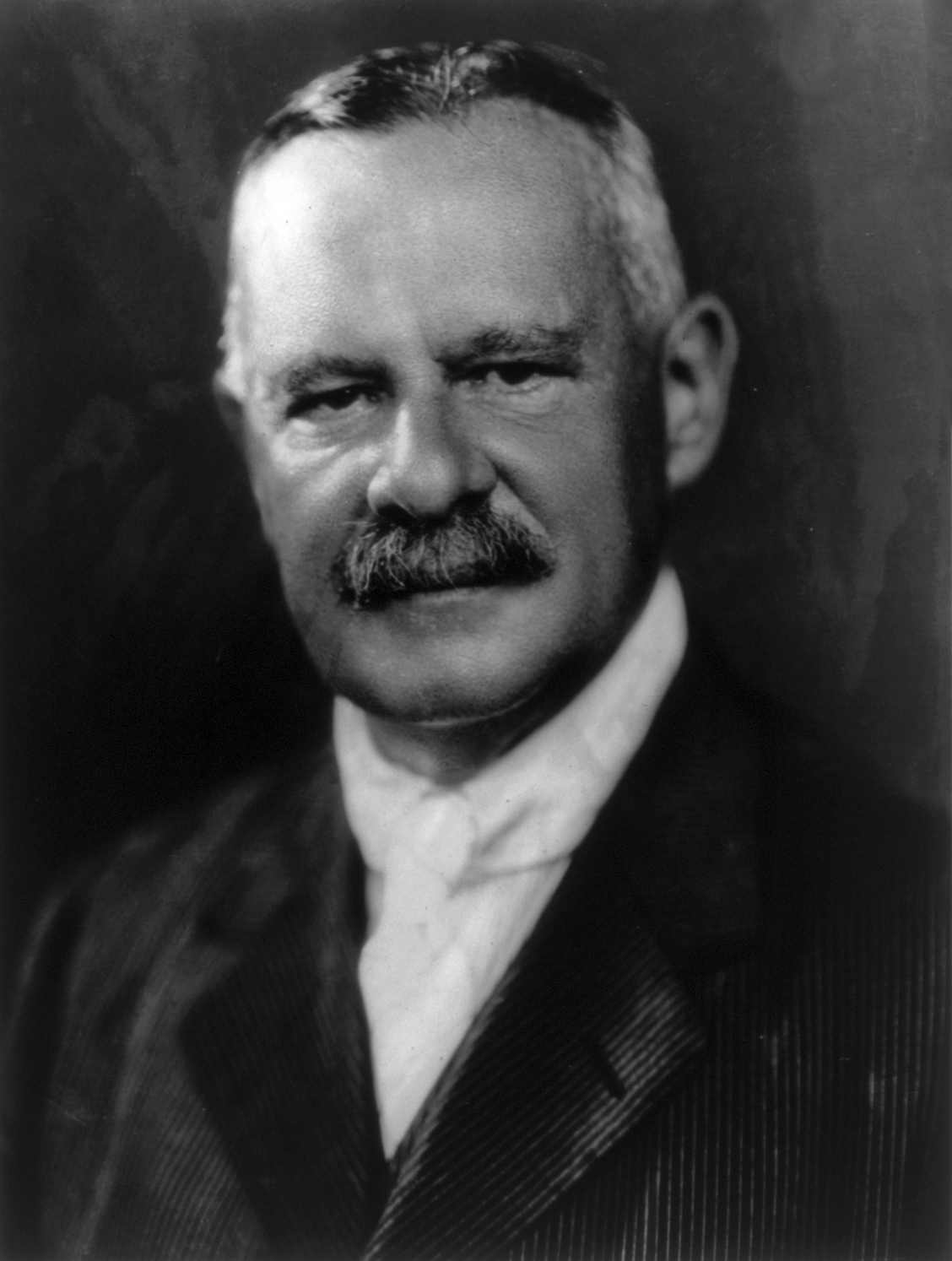 Perhaps more than any other, Jay Gould defined why the general public at the time so despised railroad tycoons as he usually attempted almost every scheme in the book achieve a profit.

For instance, at one point he tried to corner the gold market and later he only defeated the powerful Cornelius Vanderbilt for control of the Erie Railroad by bribing the New York state legislature.

However, for all of Gould's flaws he actually was quite successful at operating railroads when he wasn't attempting to "steal" money. At one point he operated or controlled more than 10,000 miles of railroad, usually turning the operations successful by merging together smaller lines to serve direct connections to larger markets and cities.

Gould was born in February 1864 and once he came of age quickly entered the railroad business just as his father had done. His first management experience was that of the Little Rock & Fort Smith Railway, which he held in 1888. 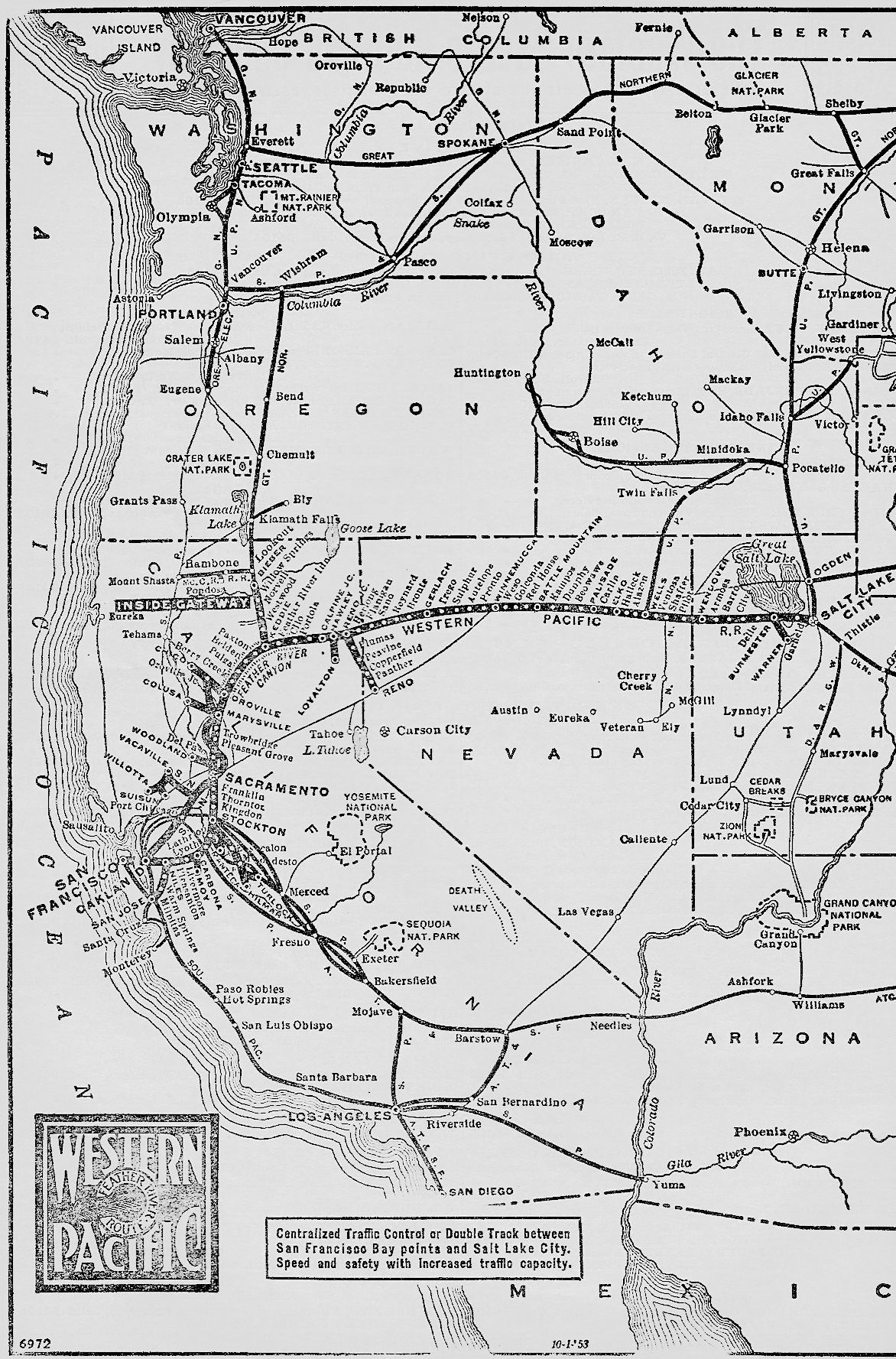 This little line connected its namesake cities in the 1870s and was purchased by George's father in 1882 to include in his growing Missouri Pacific (officially the LR&FS was a subsidiary of MP's St. Louis, Iron Mountain & Southern Railway, another system George would manage in 1893).

In 1892 Jay Gould passed away and left almost all of his railroad fortunes under the management of his son. George continued the transcontinental dream as he already held the Missouri Pacific system and attempted to add the International-Great Northern and Texas & Pacific. However, he eventually lost control of the I&GN in the 1920s although the MP would later add the railroad as part of its system.

George Gould's attempt at stretching his railroad empire across the country began in the late 19th century as he did battle with E. H. Harriman for a rail link not only to the west coast but also across the country.

With the Missouri Pacific and other smaller lines under Gould's control but having to complete with Harriman's Southern Pacific and Union Pacific lines he allied with Arthur Keddie who wanted to construct a railroad through the Feather River Canyon of Northern California.

Aurthur Keddie tried two times to begin railroads through the Feather River Canyon and both times Huntington and other tycoons like Harriman denied him. To do so they used their near-infinite resources to pool power in terms of political means to prevent Keddie from receiving either money or land to build his railroads.

However, Keddie was just as relentless as his foes to get his railroad built and a near innocent encounter with another mogul finally gave him the break he needed. Gould, of course, was seeking to build a railroad through the same canyon as Keddie and to do this Gould had originally created two companies the Indian Valley and Butte & Plumas. 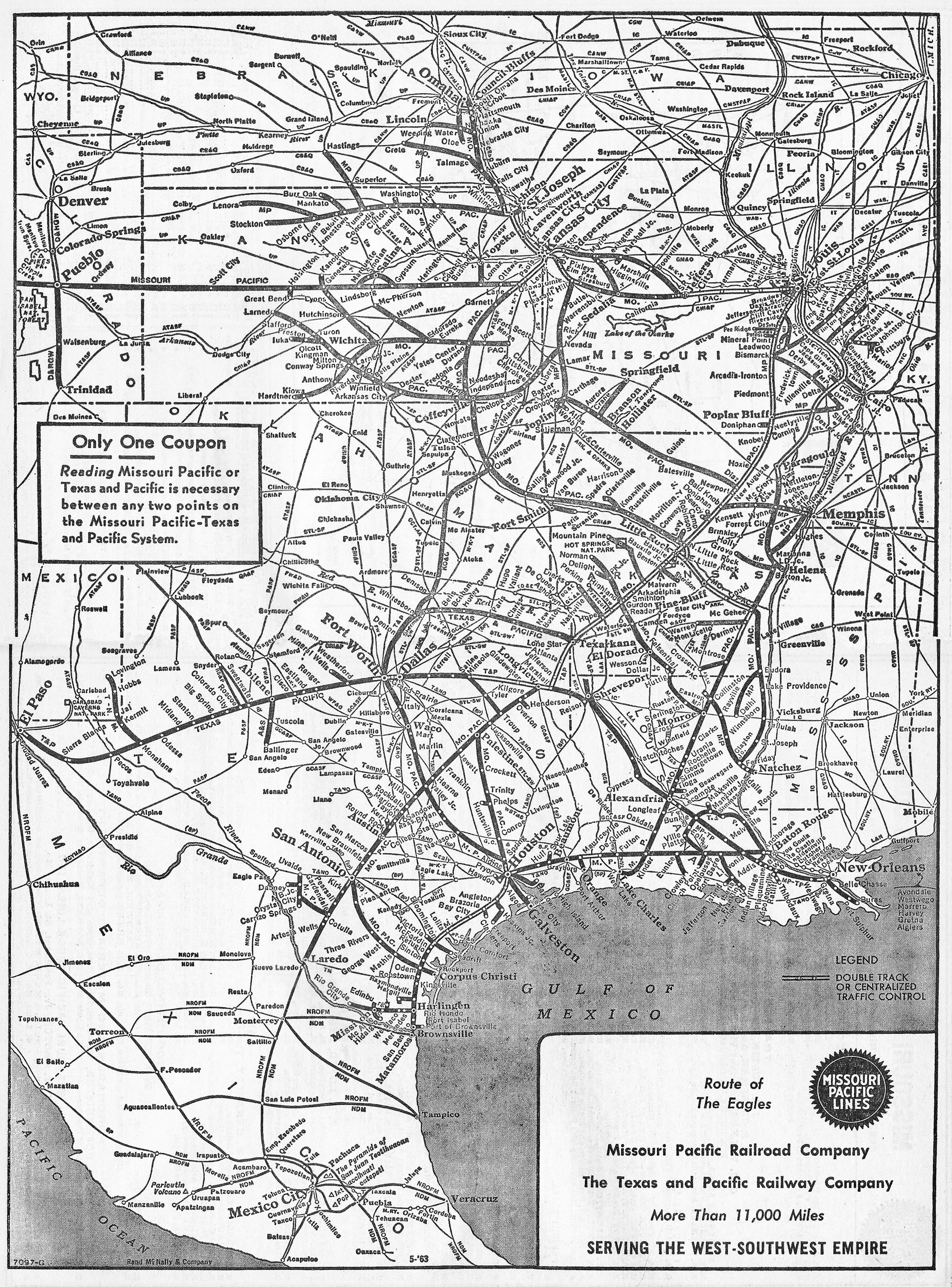 Eventually, realizing that they were alone Gould joined up with Keddie and the two set about their task creating the Western Pacific in March of 1903, nearly 40 years since Keddie's dream had begun. 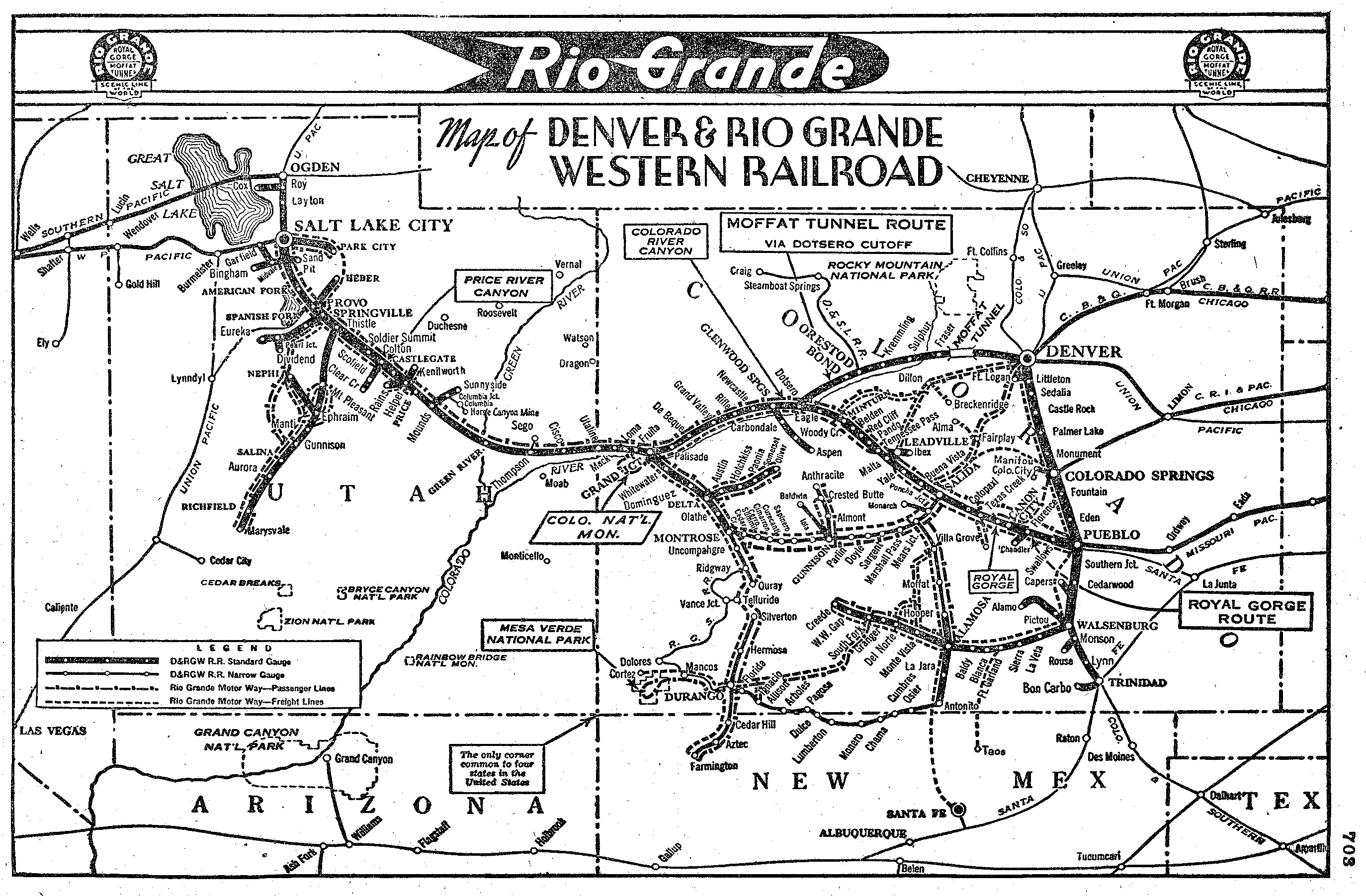 Now unable to prevent the railroad from being built Huntington could do little except watch when it was completed in the late fall 1909 linking San Francisco with Salt Lake City. 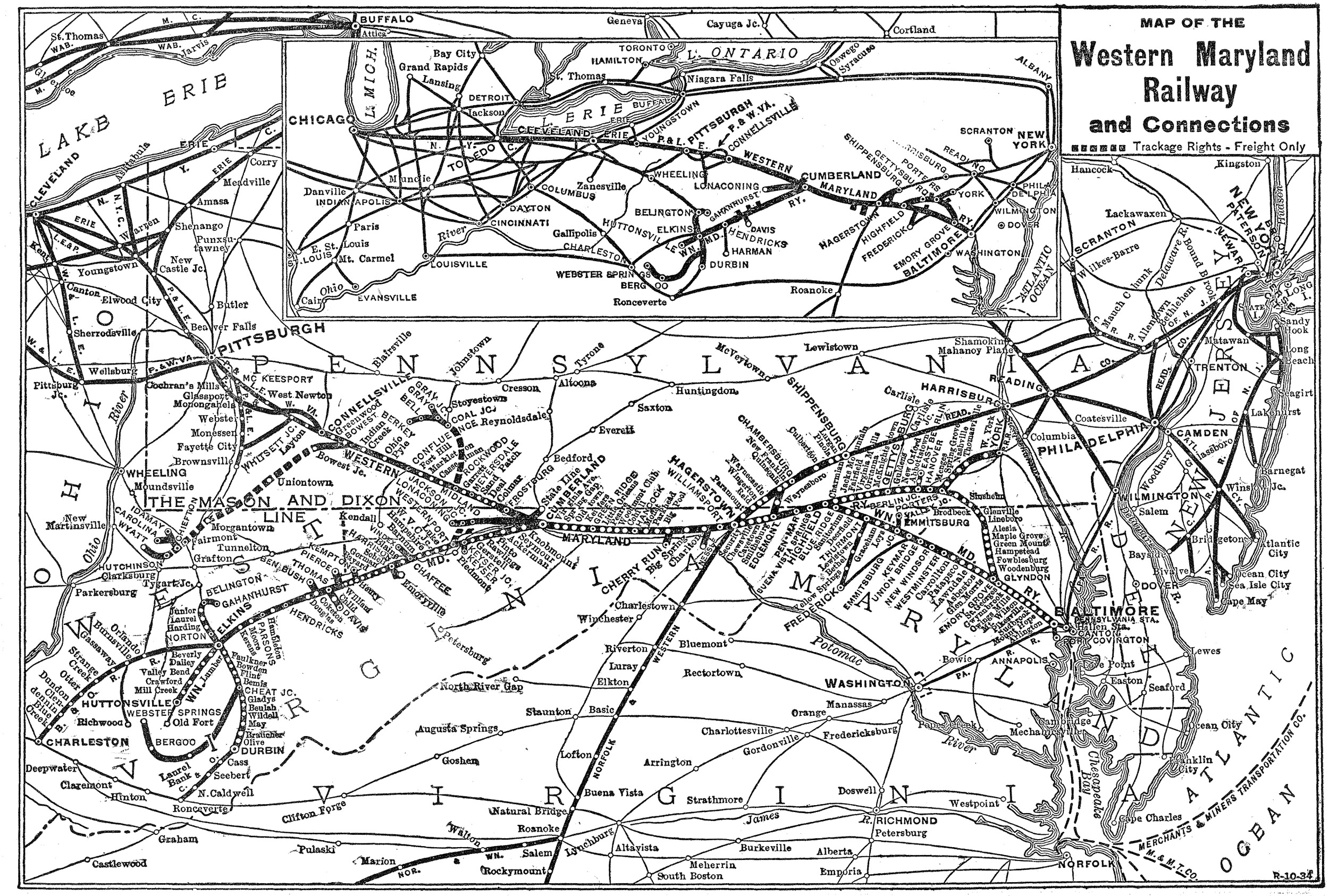 Over 20 years later the railroad built a northern line, known as the Inside Gateway, from Keddie to Bieber, CA to connect with the Great Northern, thereby giving it north-south traffic as well as its famous Keddie Wye. 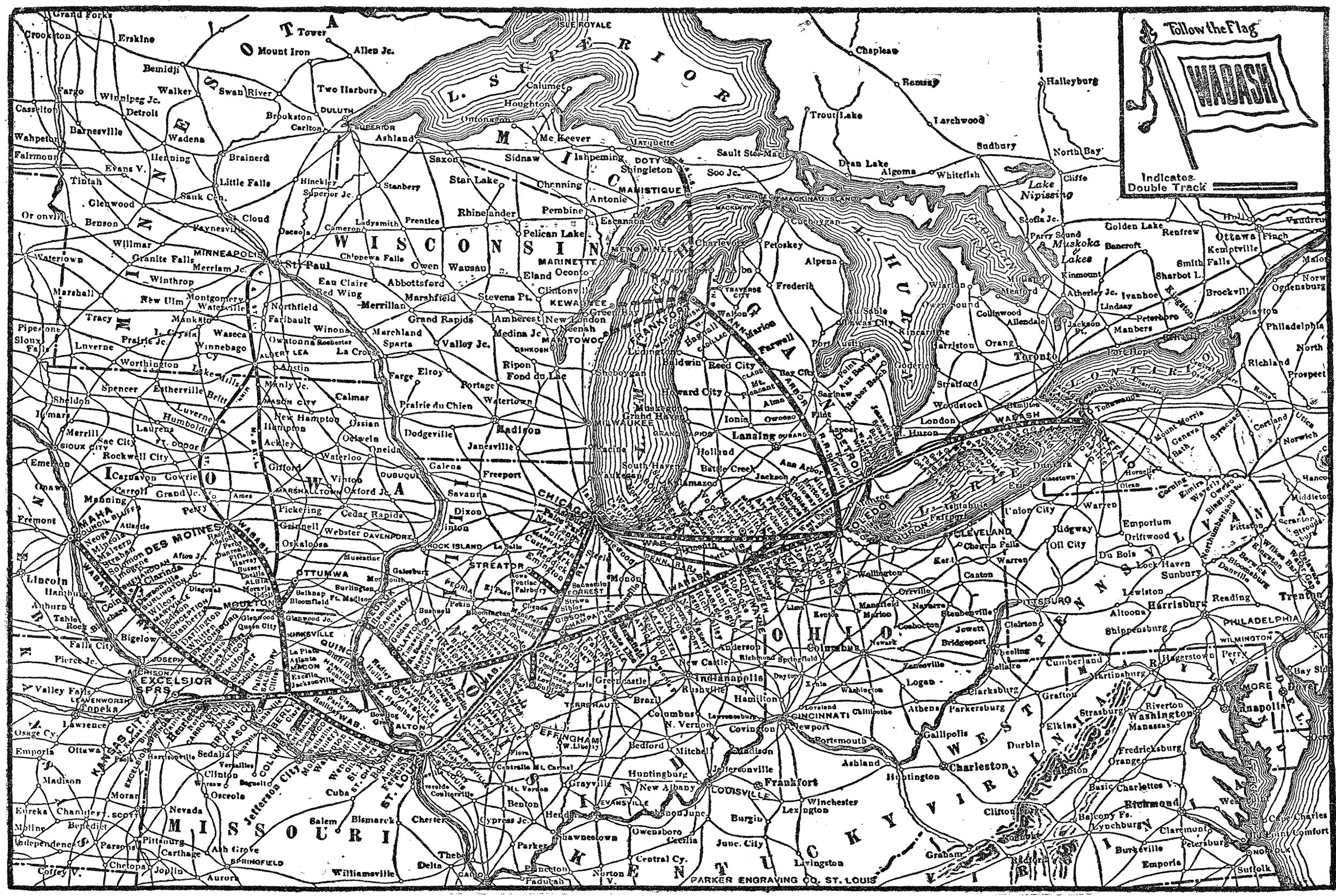 An official, 1940 system map of the Wabash Railroad. Author's collection.

Another system Jay Gould had held an interest was the Wabash Railroad. By the early 1880s Gould had built the Wabash into a formidable Midwestern system by reaching Chicago and Detroit with route miles surging to over 3,500.

Alas, however, this is where Gould's dream began to die. In 1884 the Wabash was out of cash and fell into bankruptcy and Gould eventually lost all control of the railroad.

While the railroad's former lines began to be auctioned off a group of investors and shippers managed, in 1888, to hold together much of the original Wabash lines and reorganizing it as the Wabash Railroad Company in the spring of 1889 (and which would become a recurring theme throughout the early 20th century).    For more reading about Gould's railroad business ventures please click here.

By the 20th century the Wabash began to rebound by improving operations and building new, more efficient, connections to a number of markets it already served.

However, another setback occurred when the railroad was again reorganized in 1915 as the Wabash Railway. This reorganization was the result of George's attempt at including the Wabash as part of his transcontinental plan.

However, he would fail to add the Wheeling & Lake Erie and Wabash Pittsburgh Terminal Railway as part of the Wabash system and his transcontinental plan, much of which was the result of the Pennsylvania Railroad's opposition to the Wabash's entrance into Pittsburgh.

Ultimately, the Panic of 1907 ruined Gould's coast-to-coast scheme as he was stretched too far financially and was forced to divest himself of virtually all of his railroad assets by 1918. By 1923 Gould had passed away at the age of 59 and while he held millions in debt his estate was still worth a little more than $5 million at the time of his death.