Today's Green Mountain Flyer excursion train, operating as part of the Green Mountain Railroad, actually carries some very important historical significance.  Its name heralds from the Rutland Railroad's most notable service that ran between New York/Boston and Montreal in conjunction with a handful of other lines.

Its history can be traced back to the early 20th century and during peak years of service provided passenger with many fine accommodations with a schedule just over a half-day in its later years.

Unfortunately, the classic Rutland was plagued with financial troubles, particularly during its final few decades of operation.  As a means of cutting losses the railroad was successful in discontinuing all passenger operations during the early 1950s.

The bucolic Rutland was arguably one of the country's most scenic railroads.  It was located in the heart of New England and much of its network passed through the gorgeous rolling farmland of Vermont.

Unfortunately, such a beautiful setting alone could not pay the bills and "The Green Mountain Gateway" struggled with monetary issues for many years.  It was also dwarfed by many other systems serving the region such as the Maine Central, Boston & Maine, New York Central/Boston & Albany, and Canadian National-subsidiary Central Vermont. 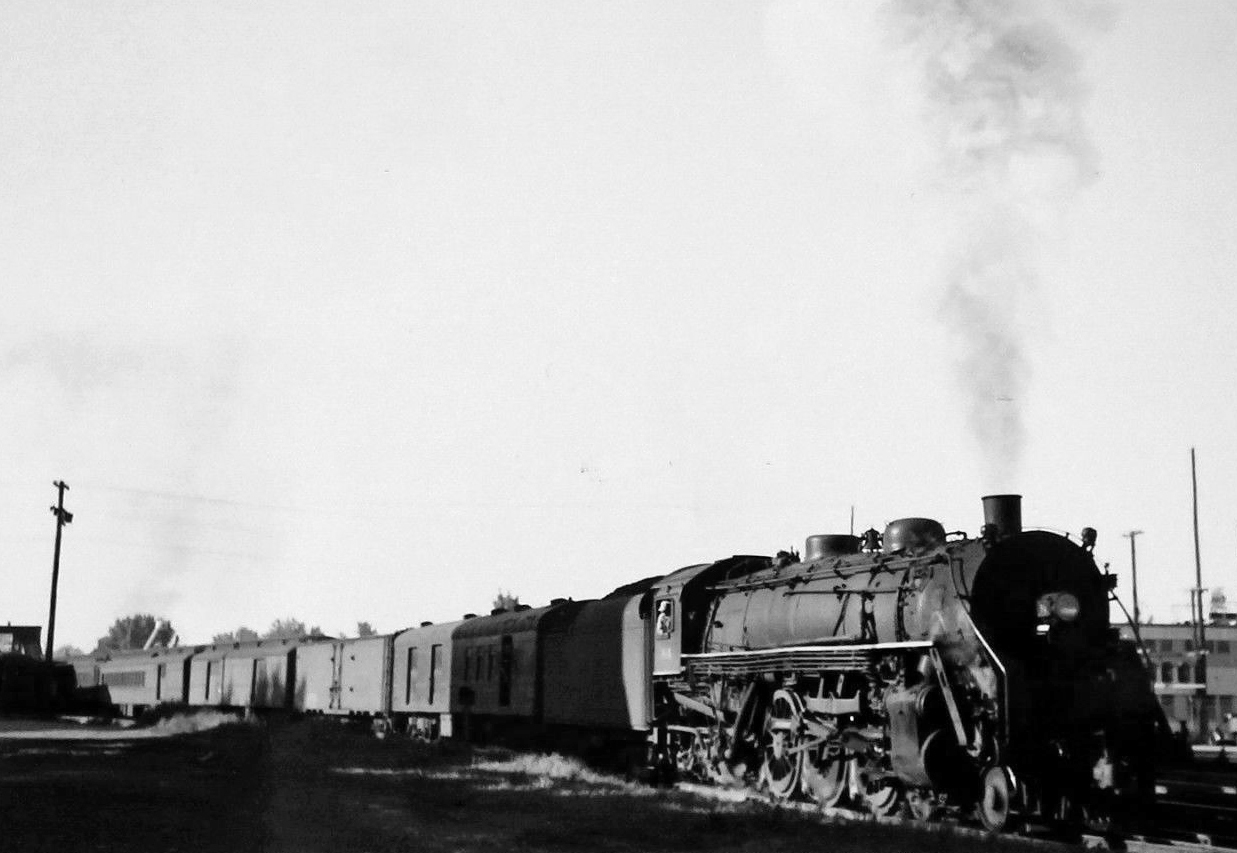 All provided their own named passenger trains that served New England, as well as points in Canada, ranging from the Alouette/Red Wing to East Wind.  Still, the Rutland offered its own modest services, many of which were all locals serving such communities as Ogdensburg, New York and Chatham, New York.

However, its two most notables were the Green Mountain Flyer and Mount Royal.  The Flyer was long considered its top service running between New York and Montreal, Quebec with an additional Boston section.

This long-running route required the help of several partnering roads; heading north the train operated over the NYC between New York and Troy where the B&M handled it to the Rutland junction at White Creek, New York.  Along the route's northern periphery the Flyer was handed over to the Canadian National at Rouses Point, New York to complete its journey into Montreal.

According to the train's timetable from the 1930s, southbound #64 departed Montreal's Bonaventure Station around breakfast and arrived in New York the same evening just before 8:00 PM.

By comparison, northbound #65 left Grand Central Terminal also around breakfast and arrived back in Montreal later that evening for dinner.

Additionally, there was the Boston section that B&M handled between Boston's North Station to Bellows Falls, Vermont via its Cheshire Branch; it was then carried over Rutland rails to Rutland where both sections merged for the journey northward.

The Rutland's financial situation precluded it from ever offering first-class accommodations or streamlined consists and trains ran with heavyweight cars throughout the road's passenger era (it did occasionally carry B&M's lightweight "American Flyer" cars, however beginning in the 1930s).

However, its trains were certainly nothing to scoff at and the railroad advertised the picturesque beauty of the New England with a slogan that read, "The smooth, scenic, restful way." 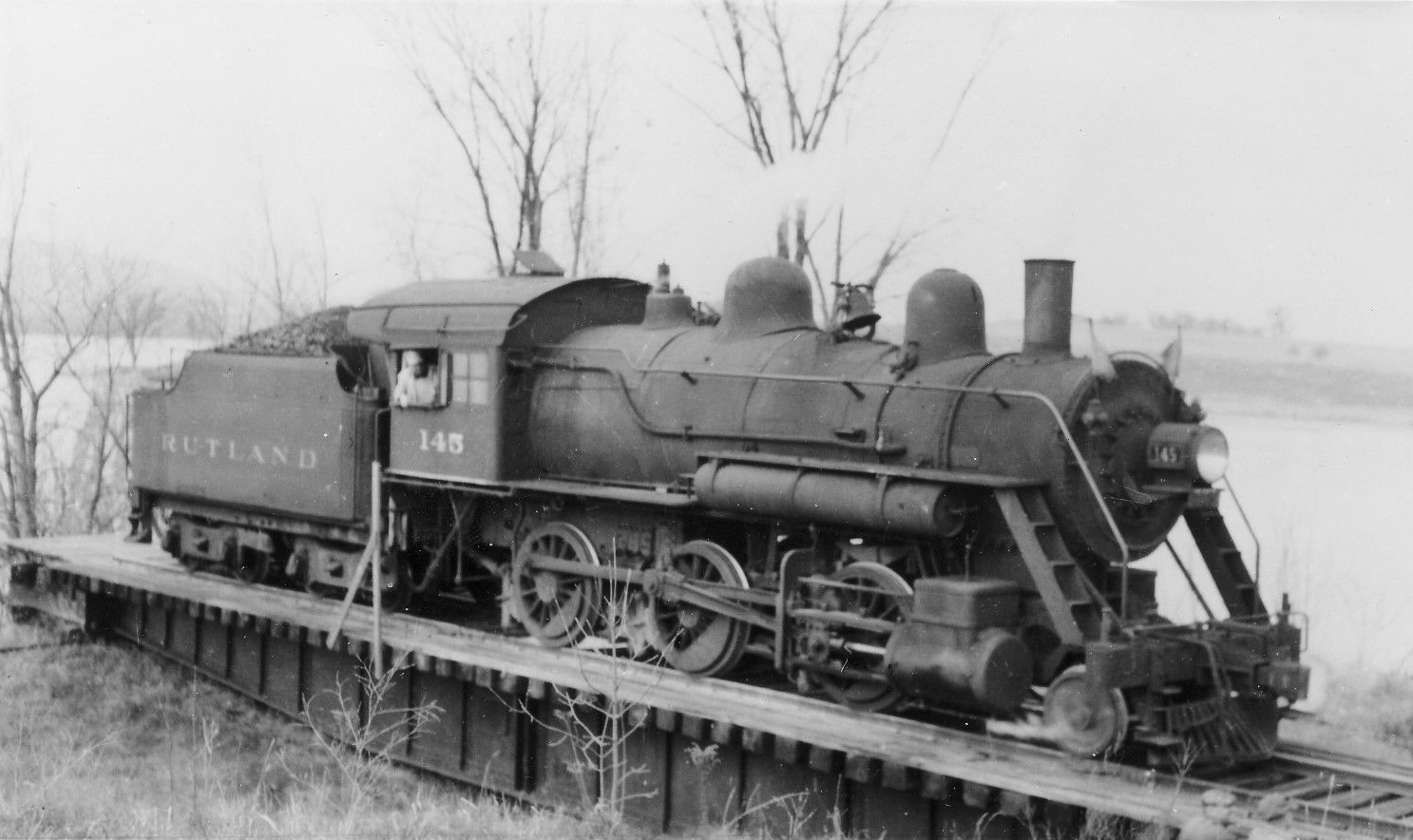 The Rutland first introduced air-conditioning on its trains during mid-May of 1937, which at the time was quite newfangled technology.  For power the railroad utilized with steam locomotives for nearly the entirety of passenger operations; during the early 20th century 4-6-0 Ten-wheelers could often be found up front while in later years 4-6-2 Pacific's normally were on point.

It also wasn't unheard of to see Rutland's new 4-8-2 Mountains (acquired in 1946) occasionally on the head-end.  New management realized that for the company to survive in the postwar years it needed to replace steam with more economical diesels.

(The below Green Mountain Flyer timetable is dated effective April 25, 1937.) 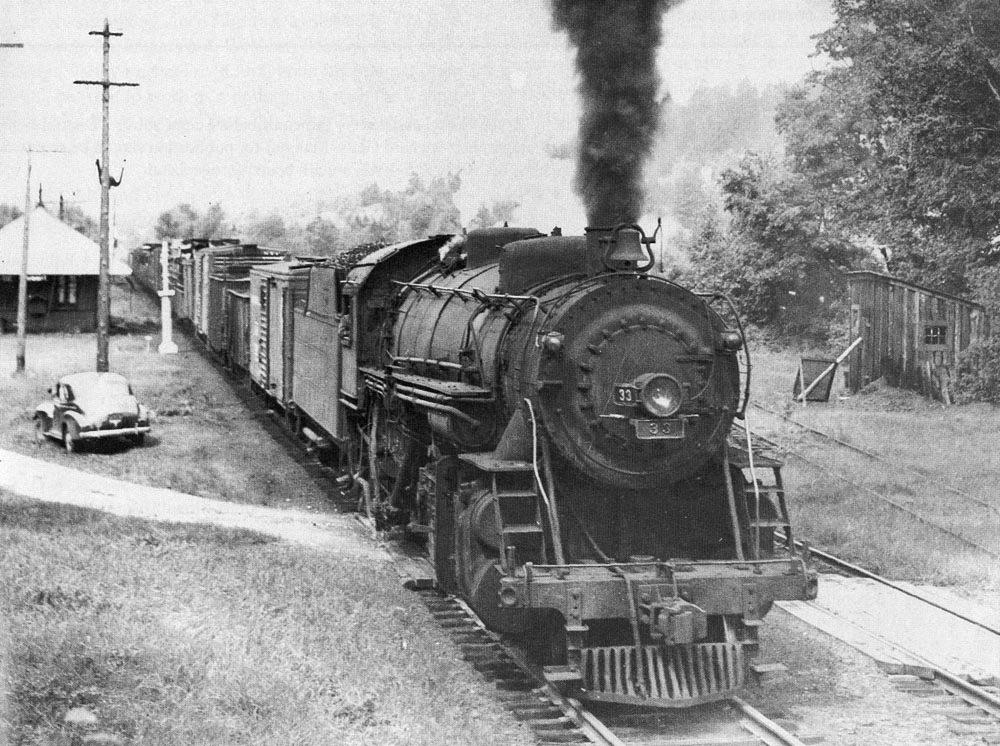 Brand new RS1s and RS3s arrived from the American Locomotive Company in 1951 wearing an attractive livery of green and gold.

While often carrying freight assignments these road-switchers were also assigned to remaining passenger operations, including what was then known as simply the Green Mountain.  The Rutland had a unique practice with its trains; it was long known for, and depending upon, the movement of lucrative milk shipments.

Since this expedited freight needed to arrive in a timely manner to its destination it sometimes moved within passenger consists, although usually within local and secondary movements.  Following a strike, which shutdown all operations for twenty-one days in 1953 the Rutland successfully petitioned to cease all passenger movements after June 26th of that year.