The Baby Train Master, cataloged by Fairbanks-Morse as its H16-66, was the first of its six-axle, road-switcher locomotives released in the early 1950s.

The H16-66's "Baby Train Master" name from railfans which coined the term for a few reasons:

Today, two are in existence: 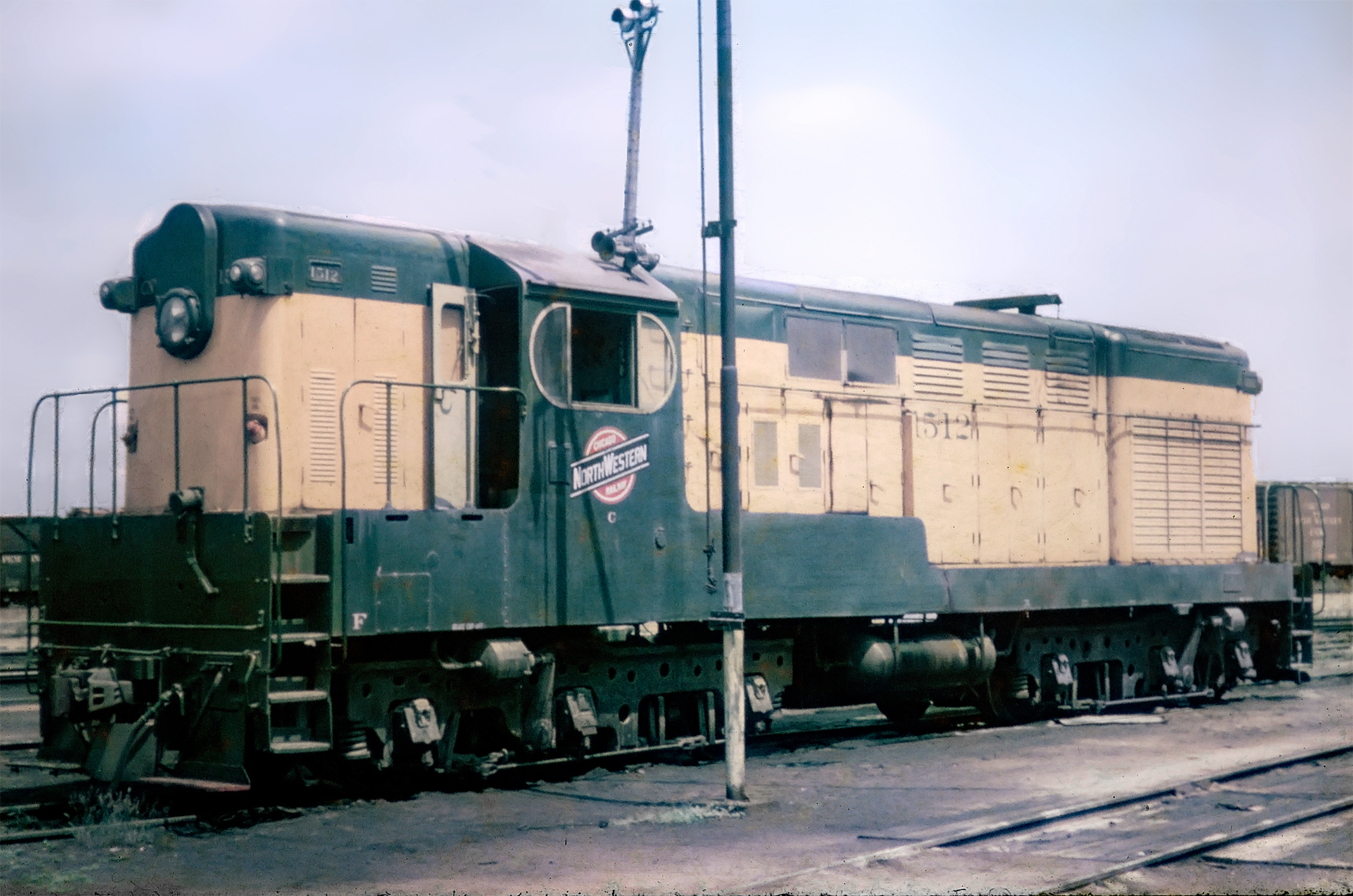 The Baby Train Master began production in January of 1951; the first orders taken from the Chicago & North Western,  a regular buyer of Fairbanks-Morse products.

The C&NW would ultimately own the most H16-66s, 51 in all.  The original variants were virtually identical to the H16-44 except for their C-C, rigid bolster, drop-side equalizer trucks.

Through 1953, FM continued to employ Raymond Loewy-inspired carbody recommendations on the H16-66.  While only cosmetic in nature the styling did provide for a nice look with an off-set cab and clean lines.

However, later on the company scrapped Loewy's recommendations in an effort to reduce manufacturing costs.

FM's classification system for its diesels somewhat followed Baldwin's designation. In regards to the H16-66:

During the course of production, FM carried out several changes to the model, both internal and external.  These changes were similarly performed on the H16-44, also in production at the time.

This totaled 6 units, all built for the Milwaukee Road between August and September, 1953 (Contract LD153).

To streamline operations, FM began equipping all of its road-switchers with the "Train Master" carbody.  This increased the H16-66's length from 56' 4" to 62'.

Ultimately, only six units, all for the Milwaukee Road, were produced carrying the new carbody and Westinghouse electrical equipment.

Afterwards, FM was forced to find a new supplier for traction motors and generators as Westinghouse stopped supplying these products.  As a result, General Electric was chosen.