The Indiana Transportation Museum (ITM) is quite similar to the Indiana Railway Museum in its goal of preserving the state's railroad history.

The museum was located at Noblesville, Indiana and, along with its collection used to operate over 38 miles of ex-Nickel Plate Road (New York, Chicago & St. Louis) trackage hosting excursions.

Unfortunately, the city evicted the museum from its location at Forest Park in 2017 and converted part of the right-of-way into a trail.  A great deal of its collection was subsequently auctioned off.

It is unknown how many pieces the museum was able to retain but listed within this article is the roster the organization featured prior to its 2017 eviction. 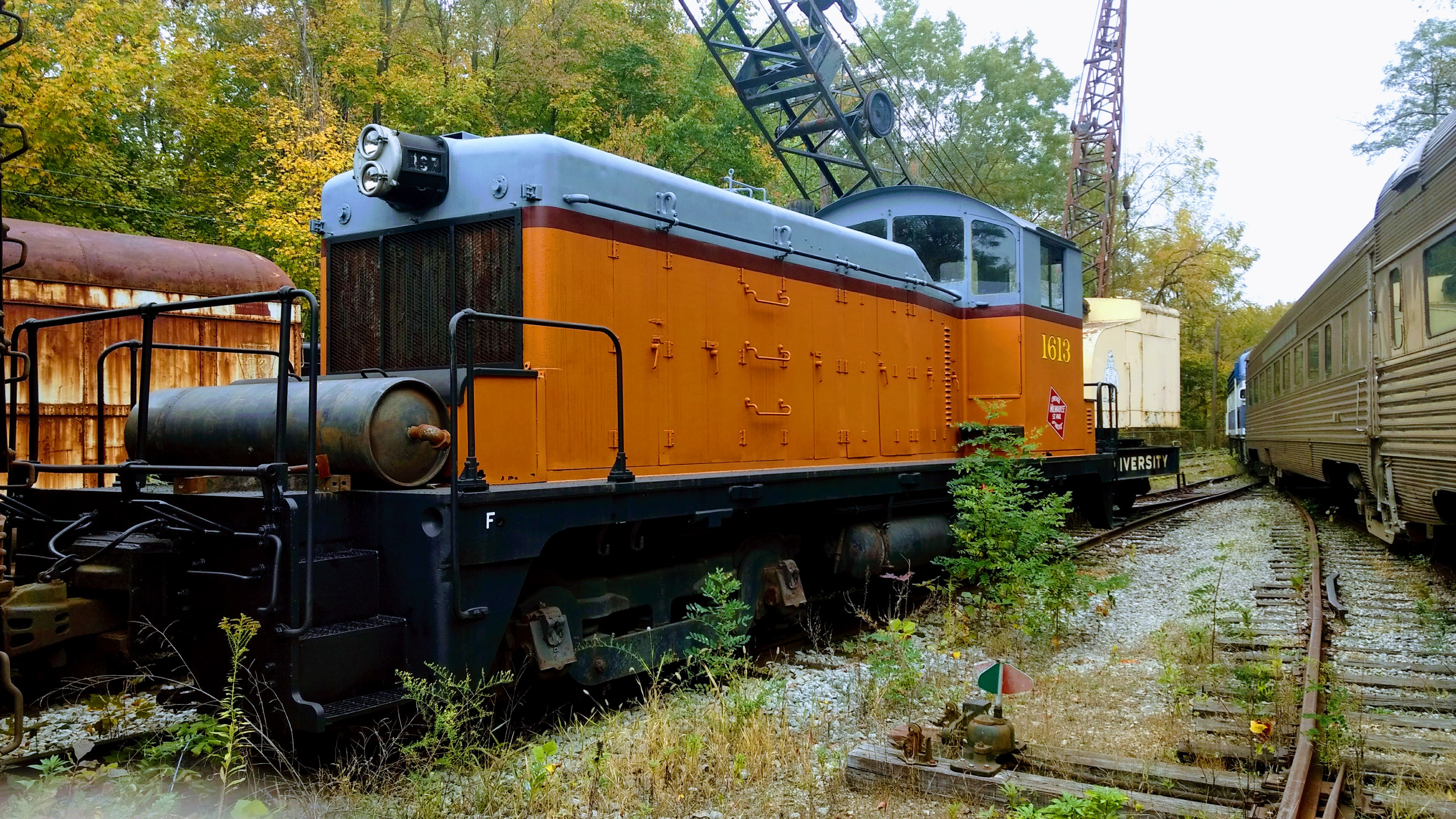 The museum's fate is ufortunate considering it attracted thousands annually to visit its grounds and ride its trains.  In addition, they once featured five operational early EMD model diesel locomotives and were in the process of restoring Nickel Plate 2-8-2 #587.

The history of the Indiana Transportation Museum dates back to 1960 and began as an all-volunteer effort to preserve the state's history of railroads.

The group would eventually gain a former Nickel Plate Road line between Indianapolis and Tipton, a distance of about 38-miles (today this property is owned by the Hoosier Heritage Port Authority, which itself is owned by the cities of Fishers, Indianapolis, and Noblesville).

For many years the line was not only operated for excursion service but also included freight trains owned by short line Indiana Railroad. However, this service dried up in 2003 when the last remaining customer, a coal-fired power plant, switched to natural gas.

Aside from the ITM's excursion trains they also have several display pieces (many of which are listed below) at their headquarters in Noblesville. Interestingly, much of their equipment is diesel locomotives, many of which are former Milwaukee Road units, including F7A #72A that is currently undergoing restoration.  Additionally, there is one replica depot on site at Fishers (it sits on the foundation of the original once located there, which was originally built by the Lake Erie & Western Railroad).  Finally, an original LE&W depot is used by the museum known as Hobbs Station today.

Five of the Indiana Transportation Museum's diesel locomotives are currently operational; former Milwaukee Road FP7 #110C (painted as Monon #83A), former Union Pacific GP9 #200, Monon SW1 #DS-50, Nickel Plate 45-tonner #91, and finally Nickel Plate GP7 #426. However, the future pride and joy of ITM will be former Nickel Plate Road 2-8-2 Mikado #587 built in 1918 by the Baldwin Locomotive Works. The steam locomotive's operation on the ITM is quite befitting considering it regularly operated the Nickel Plate's main line between Indianapolis and Michigan City. The museum spent five years in the late 1980s slowly bringing back the old workhorse to life, which ultimately cost the ITM more than a quarter-million dollars.

Milwaukee Road SW1 #867 (Built by Electro-Motive in 1940 as Milwaukee Road #1613.  Recently repainted back into its original livery by Colin Harleman and his grandfather, Thomas Harleman.)

The 2-8-2 spent many years hauling passengers until it needed to go under repairs for major overhaul work, which is currently underway.  Most of the museum's collection is centered around diesel locomotives and their only steam locomotive is Nickel Plate #587 (they also own a fireless switcher).  However, their other pieces also include a few electrics as well as interurban equipment such as Cedar Rapids & Iowa City Railway #55, North Shore Line #172, and South Shore Line #205.  Finally, the group's rolling stock fleet numbers several coaches, many built by Pullman, and boxcars.  In addition the ITM has two operational maintenance-of-way cranes (15-ton unit and 25-ton unit) and other auxiliary equipment.

Along with the ITM's static displays its available train rides are many. If you are interested in a short trip (most of which are specials held a different times of the year) there is the Earthfest Caboose Train, Father's Day Train, Forest Park Caboose Train, First Friday Caboose Train, Great Towns Train, Porkfest Caboose Train, and the Street Dance Caboose Train. However, the museum also operates numerous seasonal specials and festival trains such as the Dinner in the Diner, Pizza PLUS Express, Polar Bear Express, and the Polar Bear Express.   Along with the Indiana Transportation Museum’s fine collection of railroad equipment they also offer a number of different events throughout the year and even have a school programs to teach kids about not only the local area’s railroading but also railroading in general.   For more information about the Indiana Transportation Museum please visit their website.