James J. Hill, who became famous as the "Empire Builder" for his role in further developing the Northwest through his control of the Great Northern Railway, is perhaps just as well remembered for what he did outside of the business world.

Unlike many of the now-famous railroad tycoons, Hill held great interest in the communities which were located along his lines and he donated hundreds of thousands of dollars to public interests like schools and libraries.

Today, the dream he always had of merging the four railroads in which he held the most interest has not only became reality but its successor is also one of the largest such companies in the country, BNSF Railway.

While the Northern Pacific was the first system to complete a transcontinental corridor to the Puget Sound Hill's Great Northern worked to develop local economies across Montana, Idaho, Oregon, and Washington.  This was particularly true with the agriculture and timber industry.  At the time of his death in 1916 his net worth was estimated at $53 million. 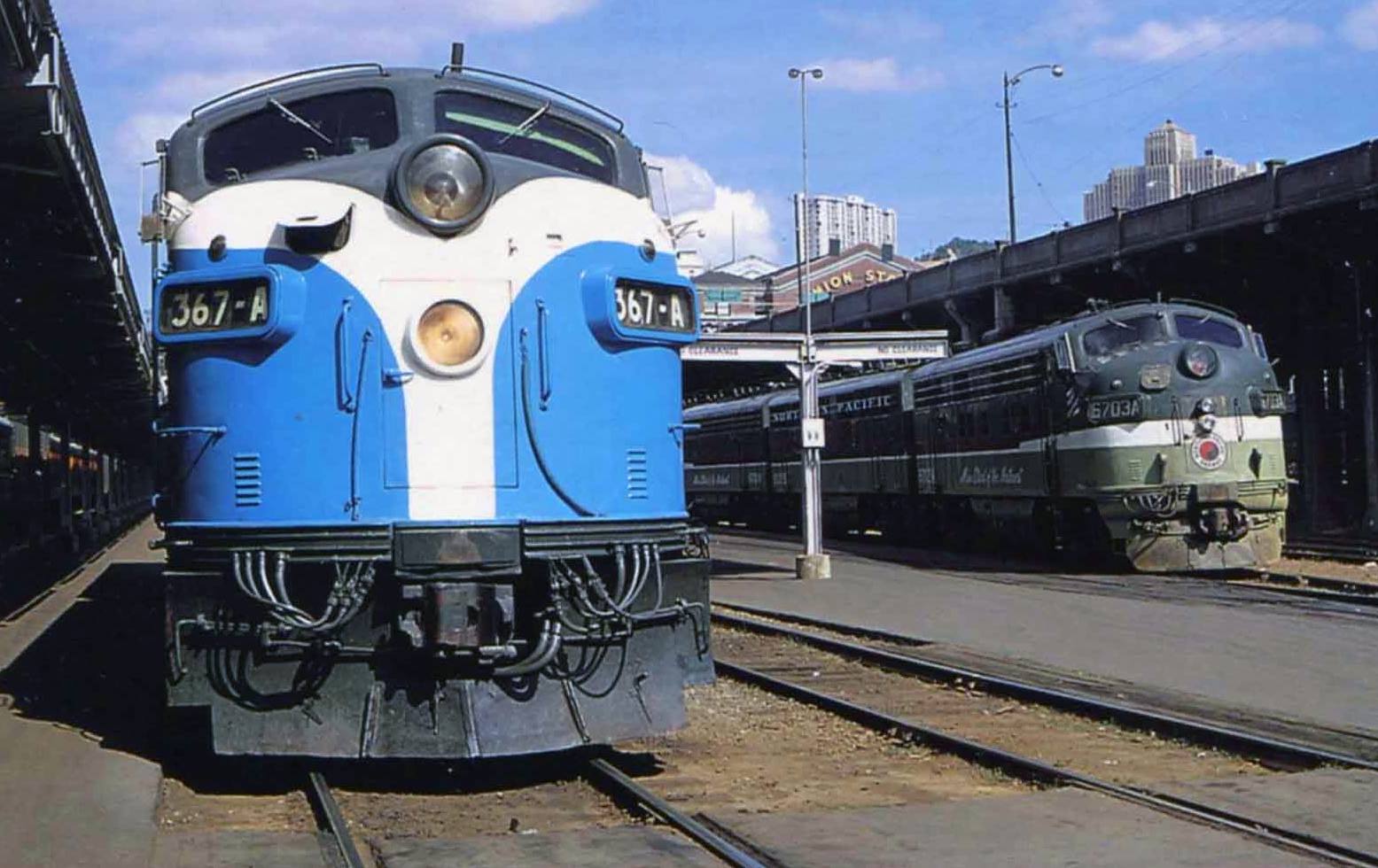 Great Northern F3A #367-A (built as #261-A) wears the company's new "Big Sky Blue" livery at Seattle's King Street Station as Northern Pacific's train #408 readies to depart southbound for Portland, Oregon on September 6, 1967. Note Union Station in the background, once used by both Union Pacific and the Milwaukee Road. J.W. Swanberg photo.

The "Empire Builder", whose full name was James Jerome Hill, was born in Rockwood, Ontario, Canada in 1838. He only had formal schooling for nine years, until 1852 when he was about 14.

However, by that point he had already achieved several skills, particularly in math, English, and even land surveying which would serve him quite well with his future career in the railroad industry. His work in the wholesale industry is where Hill would first come to learn the finer intricacies of the transportation industry.

In 1873 by the age of 35 Hill had entered the steamboat industry, which is reminiscent of the "Commodore" Cornelius Vanderbilt who likewise started out there before transitioning to railroads. 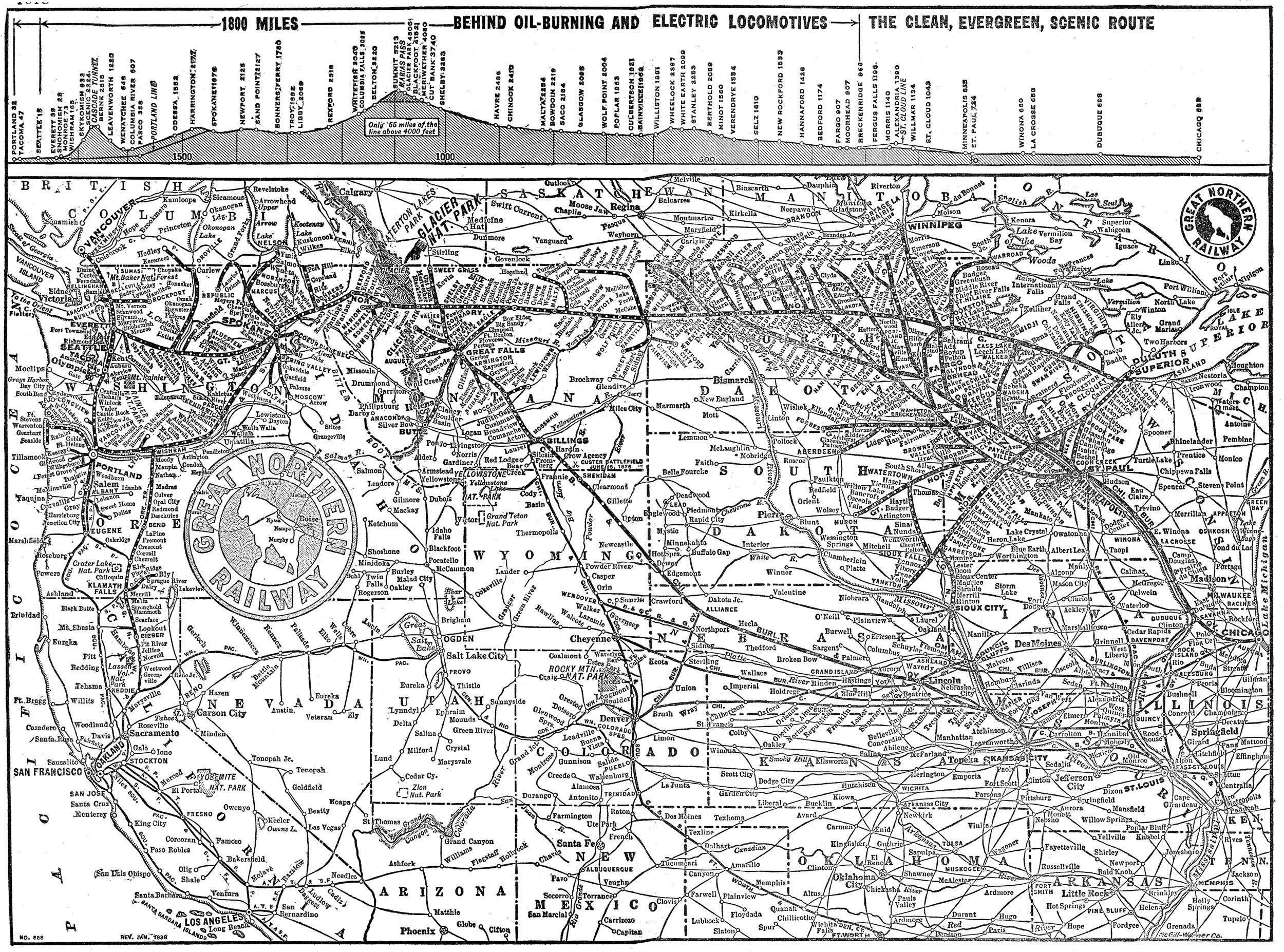 Just like Vanderbilt, Hill became quite successful in the steamboat business amassing quite a fortune before the financial panic of 1873 gave him an opportunity to enter the railroad industry with several companies either in ruin or bankruptcy.

One of these railroads was the St. Paul & Pacific Railroad, which dated back to May 22, 1857 as the Minnesota & Pacific Railroad (a year before Minnesota was an official state). In the early 1860s it reorganized as the St. Paul & Pacific but the railroad was fraught with financial difficulty and its main line connected just St. Paul and St. Anthony (Minneapolis), a distance of just over 10 miles.

After the panic Hill and a group of other businessmen including Norman Kittson, Donald Smith, and George Stephen collectively purchased the bankrupt StP&P believing with proper investment that the railroad could become quite profitable. 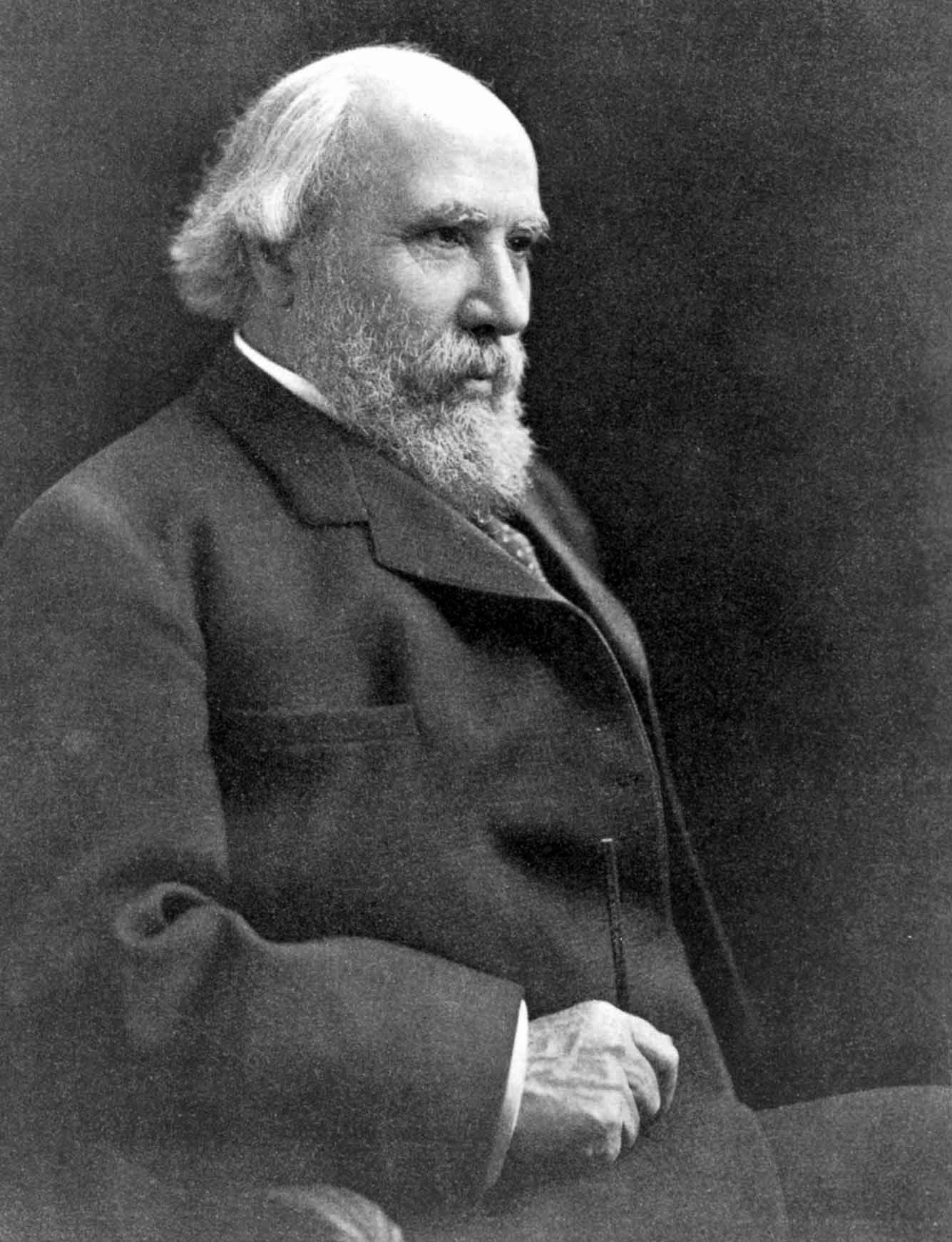 In 1879 they merged the small lines of the StP&P and the First Division, St. Paul & Pacific to form the St. Paul, Minneapolis & Manitoba Railway. After just six years under the direction of Hill and his counterparts the StPM&M through sound business practices, management, and expansion was worth more than 34-times its 1873 value, at over $25 million. 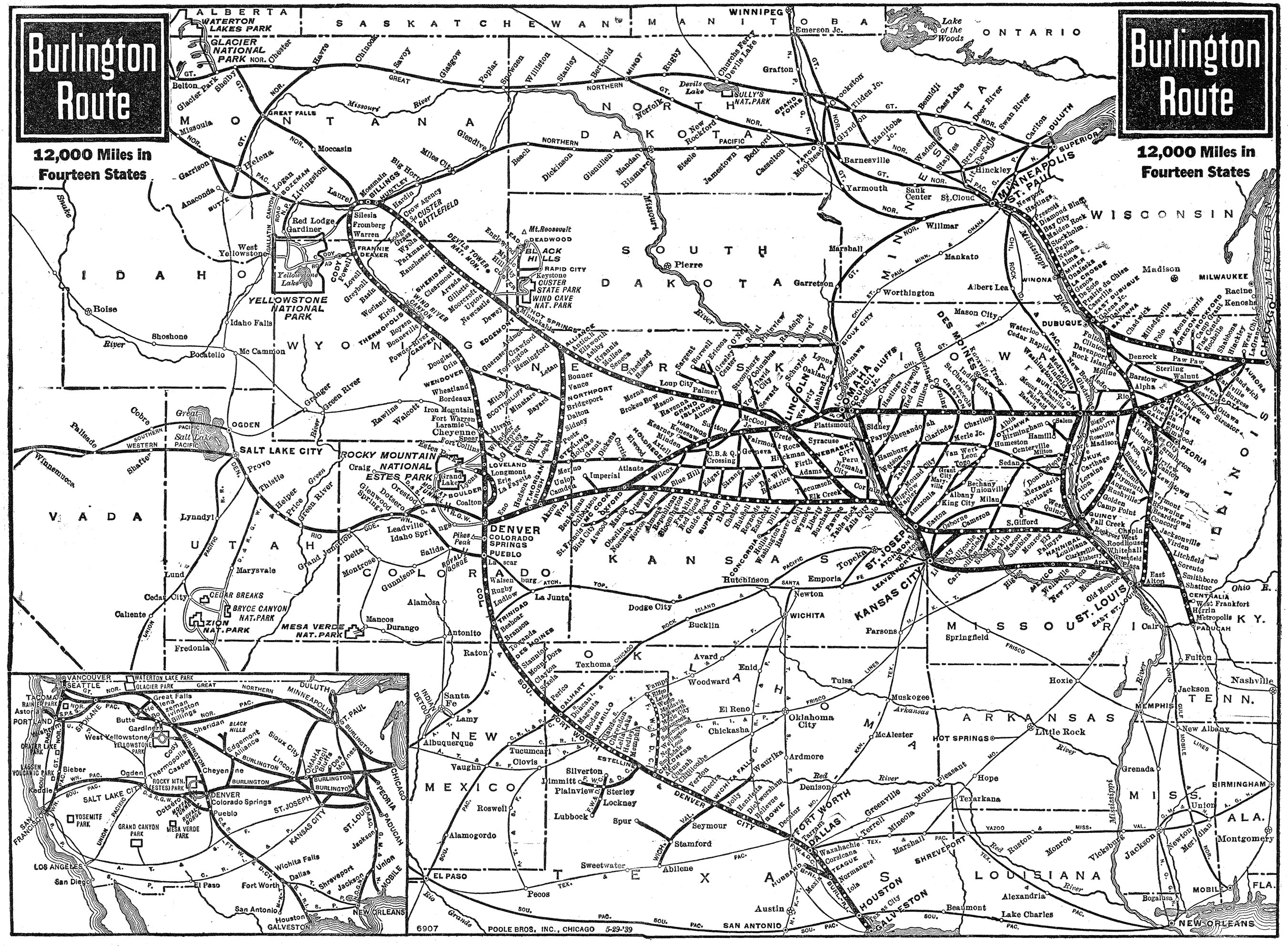 The Great Northern Railway was formed in 1889 when Hill created the company to control or lease a number of other railroads which included the St. Paul, Minneapolis & Manitoba Railway and Montana Central Railroad. 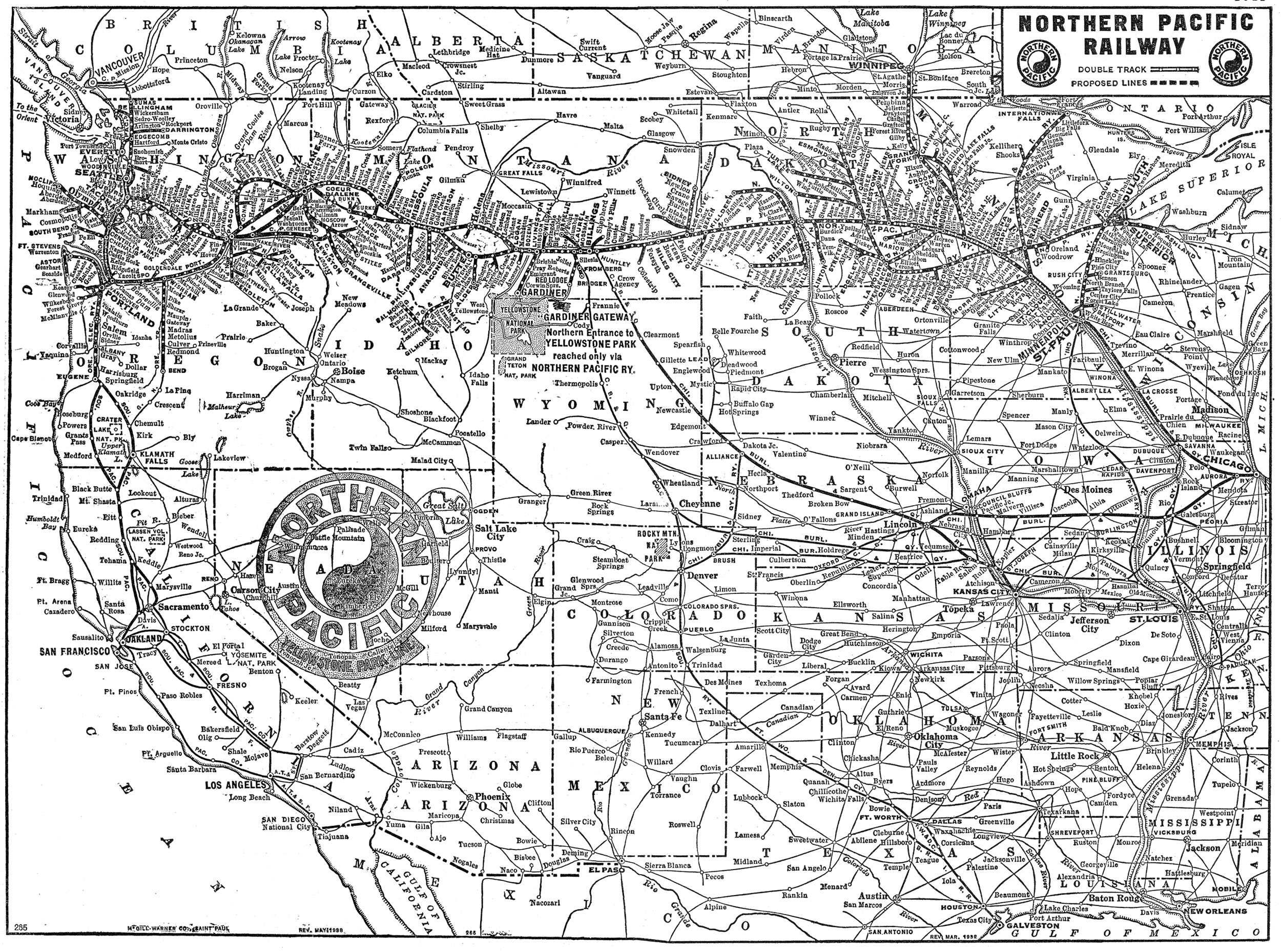 Now that these railroads were all under one control Hill quickly set about building to the Pacific Coast and Seattle which was accomplished just four years later in 1893, doing so almost entirely without the use of land grants. 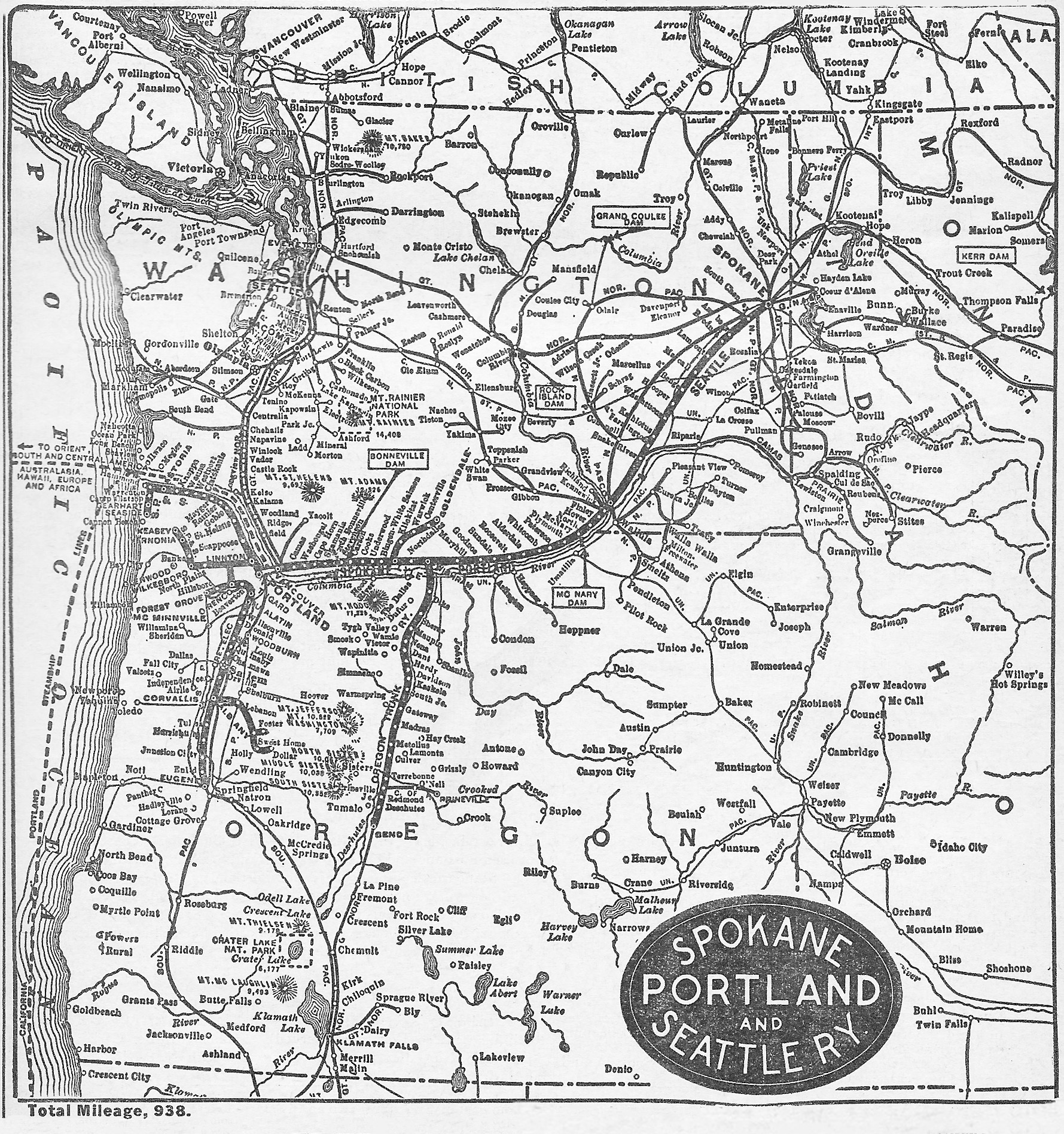 The "Empire Builder" was often criticized for taking his time in building the line towards Seattle. He would construct a few hundred miles at a time, and work to have folks settle the areas before continuing westward.

Throughout the rest of the early 20th century Hill worked to modernize his main line, especially through the Rockies by eliminating grades and curves.  One of his well-known quotes is one perhaps we all could live by in the pursuit of achieving success in whatever we may do, "work, hard work, intelligent work, and then more work." 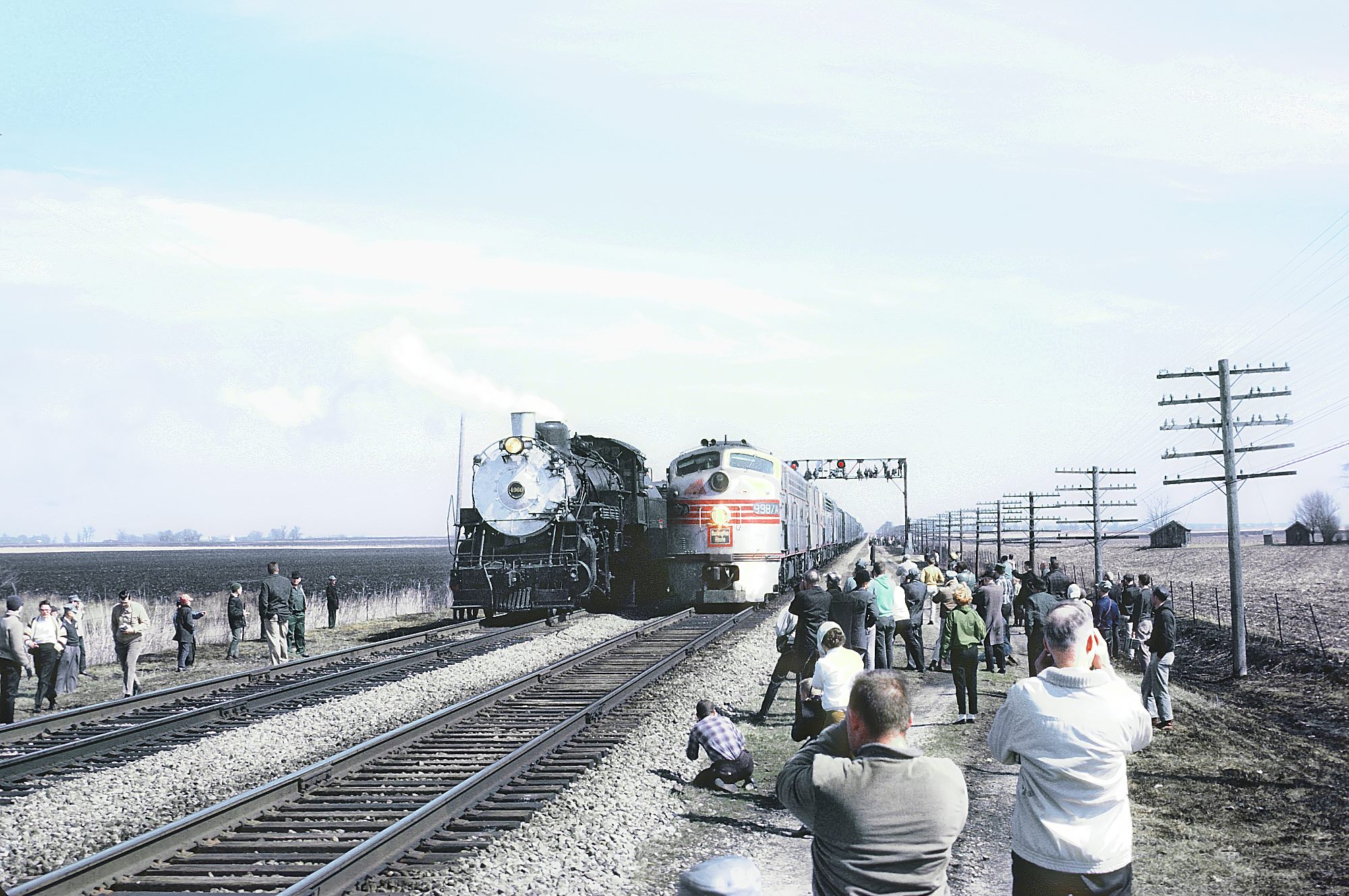 Chicago, Burlington & Quincy 2-8-2 #4960 waits for train #11-35, the "Nebraska-Kansas City Zephyr," to pass just east of Meriden, Illinois on March 20, 1966. Note the railfans piled on top of the signal bridge behind the locomotives! Today, the Mikado is still in service, occasionally used at the Grand Canyon Railway. Roger Puta photo.

Unlike some of the railroad tycoons and presidents Hill regularly put massive amounts of the company's profits back into the physical plant, keeping his railroad well-maintained.

Hill once controlled the GN and rival Northern Pacific, and along with ally J.P. Morgan looked to control the Chicago, Burlington & Quincy through the Northern Securities Company. However, this company was broken up as a result of the Sherman Antitrust Act.

Despite this setback Hill gained control of the Colorado & Southern Railway which stretched from southern Wyoming through east Texas and the Gulf of Mexico. He also successfully completed the Spokane, Portland & Seattle Railway, connection Spokane, Washington with Portland, Oregon. 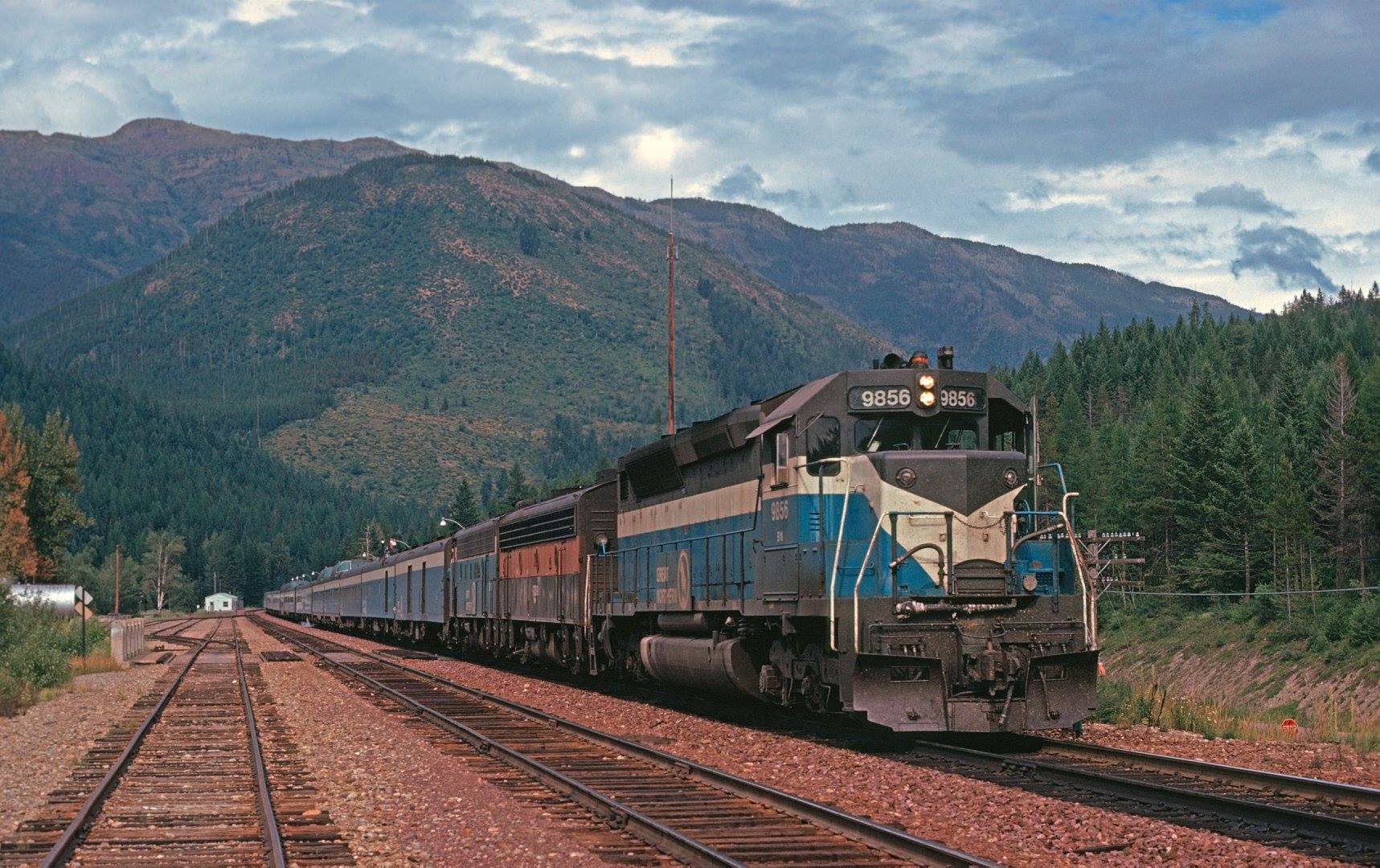 "West Glacier, Montana in August of 1970 witnessed the westward passing of what, by then, had become Burlington Northern's 'Empire Builder' with SDP45 #9856, in the lead." - Drew Jacksich

Interestingly, with Morgan controlling the CB&Q Hill was able to indirectly complete his connection to Chicago. This setup lasted through 1970 when his successors were finally able to created the massive Burlington Northern system.

Before his death in 1916 James J. Hill was able to achieve the last of his great legacies, the completion of the Cascade Tunnel through Washington's Cascade Range (a new tunnel was later bored and opened in the 1920s, which is still used today by the BNSF Railway, and is some 8 miles in length!).

Because of the money Hill regularly gave to libraries and schools his heirs used part of his fortune to endow the Hill Reference Library in St. Paul, Minnesota.