The car's history can trace its roots back to the mid-1800s although as Mike Schafer notes in his book, "Freight Train Cars," it wasn't until the end of that century when vast veins of ore were discovered in the Upper Midwest did the car become a common sight.

Notable carries such as the Milwaukee Road, Chicago & North Western, Soo Line, and especially the Duluth, Missabe & Iron Range all handle considerable amounts of ore and derived a significant portion of the revenue from such.

Today, despite a sharp decrease in domestic production jennies can still be found in service. 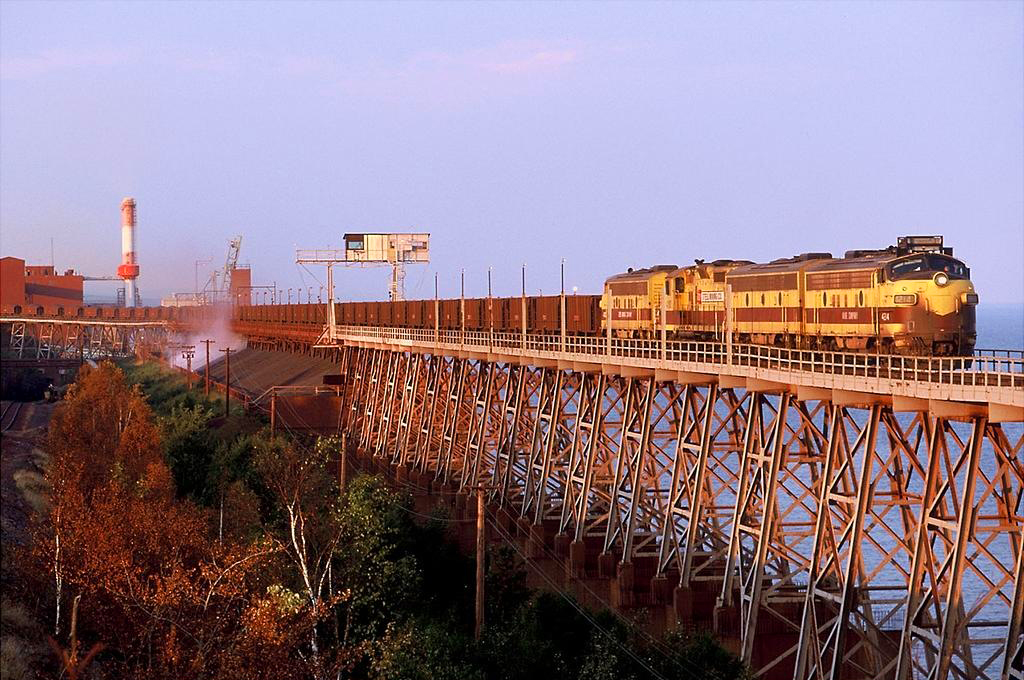 The ore jenny, sometimes referred to simply as an ore car, was born largely out of need to more efficiently maximize a hopper's space.

This particular product could just as easily be hauled in the standard hopper normally assigned in coal service. However, because ore is so much more dense a hopper can only be partially filled before its weight limit is reached.

In some cases railroads continued to move ore in this fashion, even through the postwar period, providing the odd scene of a "loaded" 50 or 75-ton hopper only half full.

The jenny solved this problem as it was much shorter, in both length and height, than its larger cousin but was otherwise identical in operation featuring bottom-fed chutes (usually one or two) in which ore could quickly be unloaded.

John White, Jr. notes in his book, "The American railroad Freight Car," the earliest known cars ever used were plucked from the Trent River (Ontario) in 1981 and appear to date to around 1860.

While it is not known when the company experimented with a specialized ore jenny it can surmised it probably occurred sometime soon after it opened.

During the Civil War era iron ore mines could be found throughout the eastern United States; it was prolific throughout the Appalachians although was a relatively low-grade product that was not particularly profitable.

The first recorded ore cars placed into service were built by the legendary Virginia & Truckee in 1869 by the railroad's shops and the Risdon Iron Works.

The iron-built, two-axle cars were 8 feet 8 inches long by 8 feet wide and could haul 8 tons of gold or silver ore.

Naturally, as the iron ore trade drastically increased when vast amounts of high-grade iron were discovered in Michigan's Upper Peninsula and northern Wisconsin during the 1840s and 1850s (as well as parts of Minnesota between 1866 and 1904), jennies became increasingly larger in size and could handle evermore tonnage.

Most mining operations here began appearing after 1870, coinciding with the widespread use of the ore jenny, which was also around the time the American steel industry blossomed. 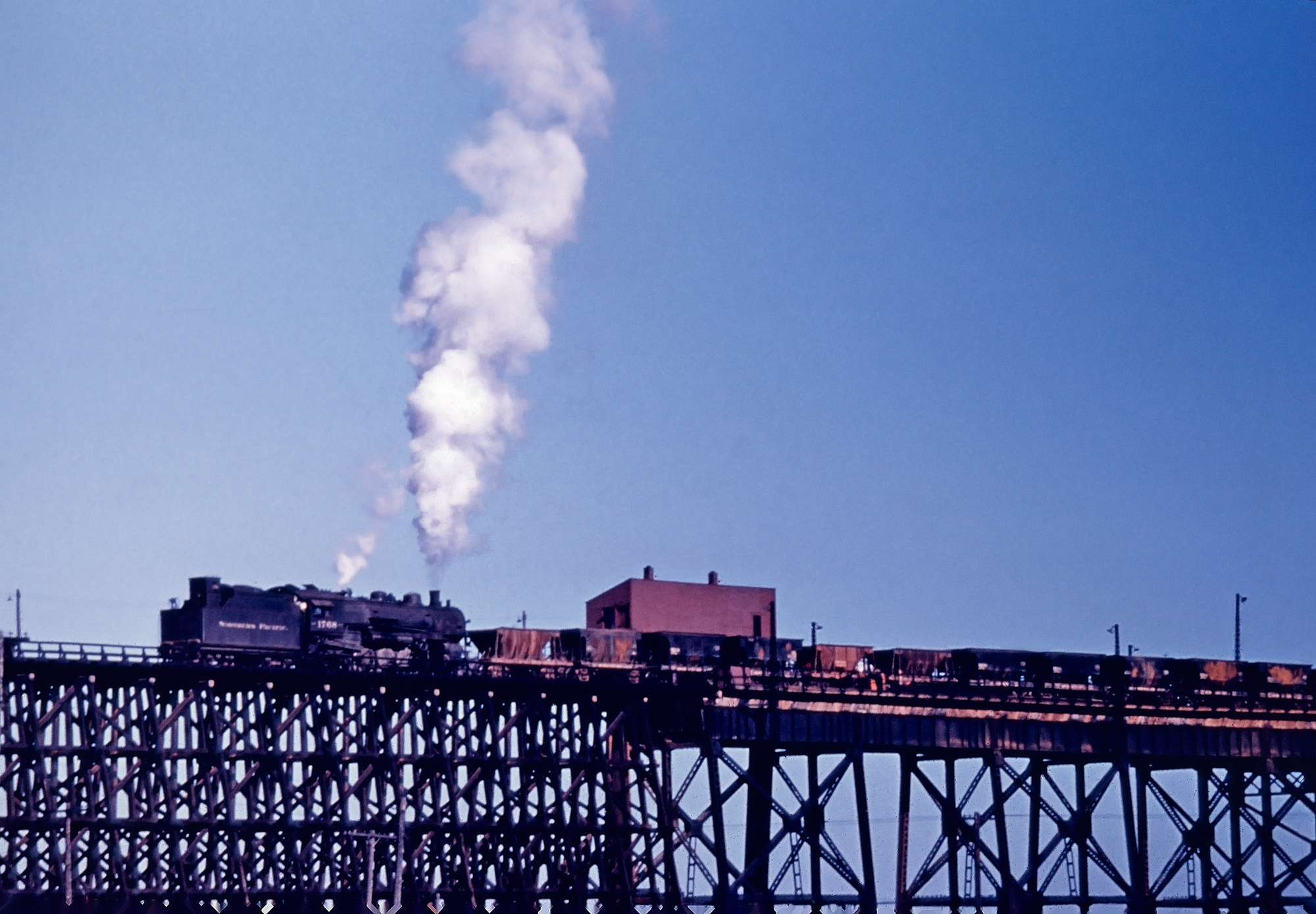 Iron is a key component in the production of steel and railroads were poised to reap the profits from moving this commodity to new mills in places such as Pittsburgh, parts of Ohio, and the Upper Ohio Valley.

The first ore jennies were rather small designs and as Patrick Dorin points out in his book, "An Illustrated Guide To American Freight Train Equipment," since they were constructed primarily of wood could only handle about 30 tons of product.

As iron and steel became widely used in car construction during the early 1900s jennies, along with most other freight equipment, grew in size to 50 tons, 70 tons, and eventually 75 tons.

Today, the car hauls anywhere between 85 to 100 tons and newer models are nearly identical in appearance to standard hoppers only slightly smaller in length. 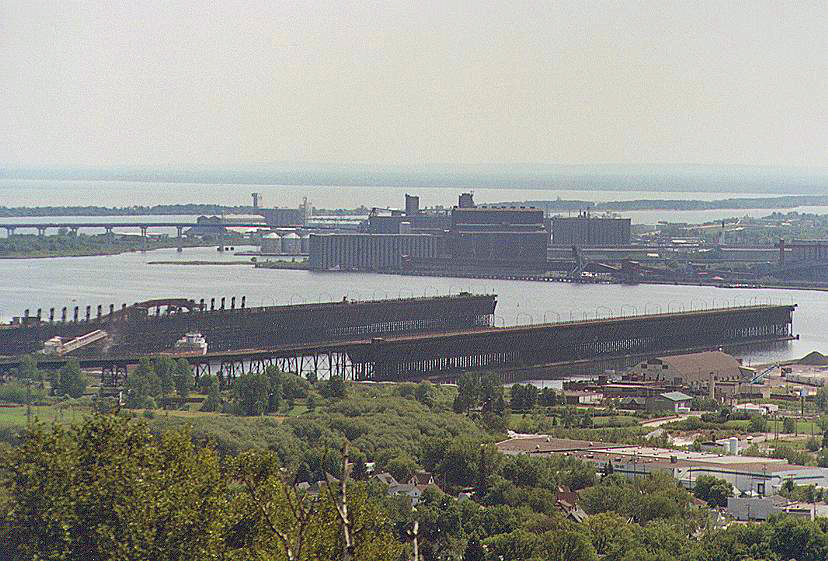 To understand just how dense ore is in comparison to coal or aggregates a jenny built during the postwar period was around 24 feet in length (measured coupler to coupler) with a capacity, as previously mentioned, between 50 to 75 tons.

By comparison, a hopper carrying the same tonnage was much longer, usually between 40 to 50 feet.

Mr. Dorin goes on to note that the 24-foot design became an industry standard since the car fit quite well on an ore dock which utilized dumping pockets (used to load water-going freighters) that were 12 feet in length. If the train of jennies was placed just right, every other car could be spotted for unloading.

Once these initial pockets were filled the entire consist was shifted to load the remaining unfilled pockets. While it may not appear so it was actually a very efficient operation. 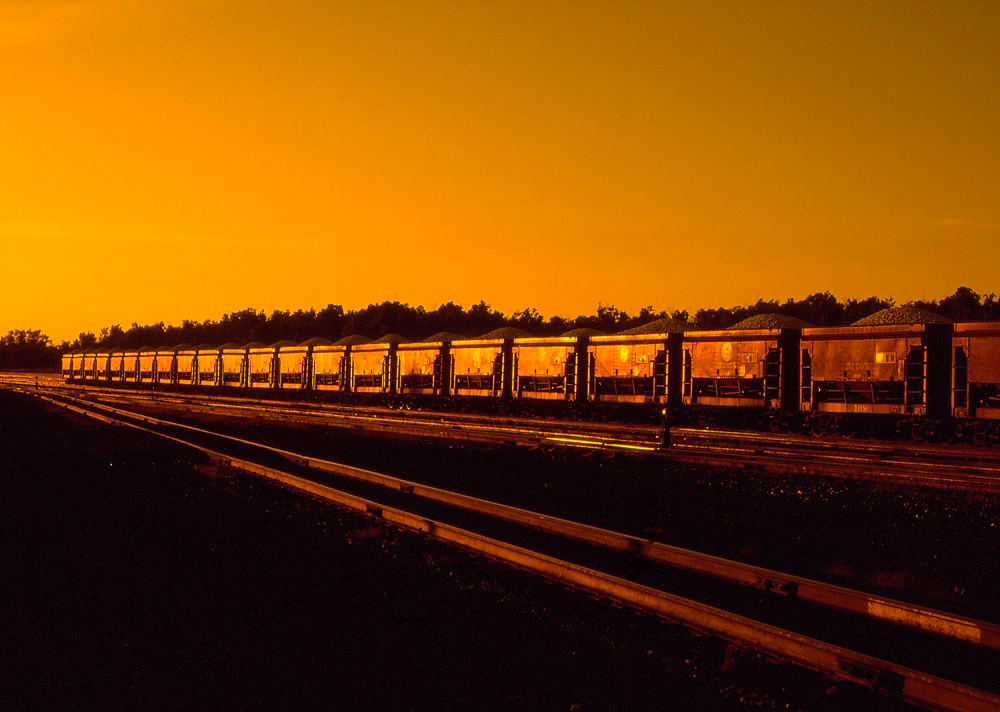 The last light of a late summer's day is cast over loaded ore jennies at Missabe's yard in Proctor, Minnesota on August 15, 1994. Wade Massie photo.

Today, such ore docks can still be found in service but new operations often utilize car dumpers instead. During the iron industry's peak years most railroads serving the Upper Midwest all operated their own docks along the Great Lakes such as:

Additionally, there were numerous ore docks located in the state of Ohio at locations such as: 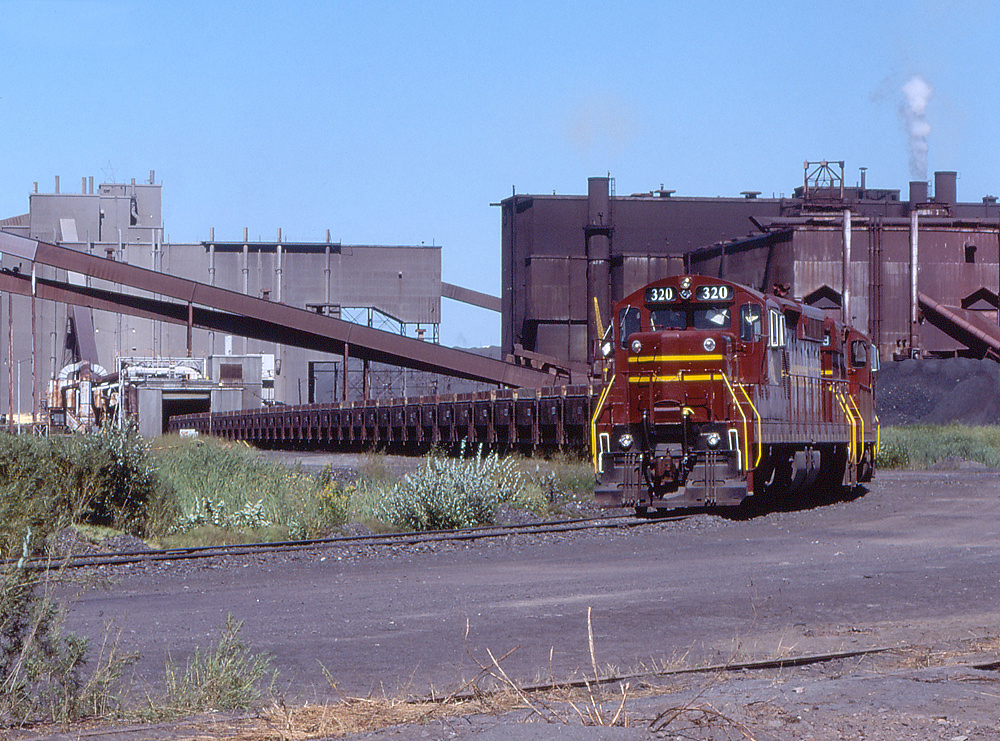 With the United States steel industry a mere shell today of what it was only 30 to 40 years ago the need for iron, and ore jennies to transport it, has dropped dramatically.

However, loads of taconite still roll over the nation's rails and can be found in service on BNSF and Canadian National (after the latter acquired DM&IR in 2004). You can also find ore moving over CSX and Norfolk Southern.

Despite the great decrease in production over the years, as long as portions of the Upper Midwest continue to provide rich seams of iron there will most likely always remain at least a few ore jennies rolling along in service around the country.