Most of the classic railroads we know so well today showcased noteworthy locations either due to their incredible degree of engineering or magnificent scenery (or both).

For the Western Pacific, this spot was its Keddie Wye in northern California. Interestingly, the wye was not put into use until the 1930s when the WP completed a new line to the north which added a gateway to Portland and Seattle in an attempt to compete with its larger rival, the Southern Pacific.

While the new route, unfortunately, did not result in the WP becoming a truly dominant force for Portland/Seattle to California traffic it remained an important artery for the railroad for many years.

After the WP was purchased by the Union Pacific many feared the wye would be abandoned. However, thanks to its strategic engineering and lower gradient than the former SP route UP elected to retain the line and still operates it as a through route today. 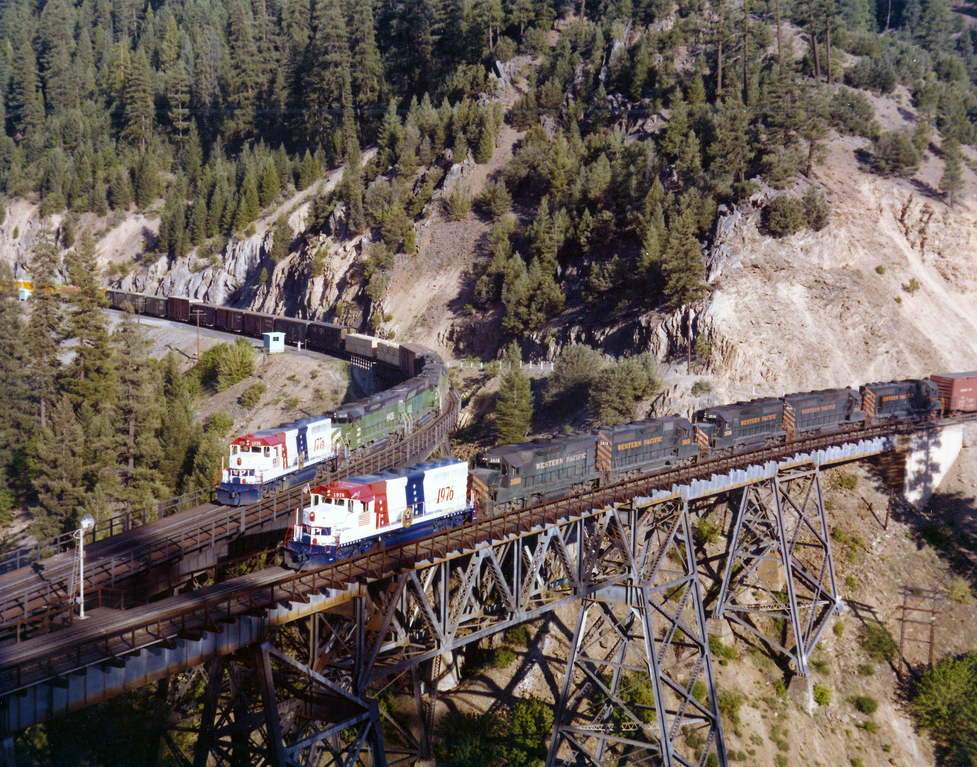 At milepost 277 along the Western Pacific's main line between Salt Lake City and Oakland lies the small town of Keddie named after the company first president and chief planner, Aurthur Keddie.

After November 1, 1909 the spot was well known simply as being the company's golden spike location where its eastern line to Salt Lake City connected with its western route to Oakland. It also sat towards the eastern end of the WP's legendary Feather River Route through the Feather River Canyon between Oroville and Portola, California.

This section of the main line hugged the river it was named after along sharp and rocky cliffs that were not only difficult to survey and navigate but also equally as hard to maintain given their unstable nature (rock slides proved to be a common occurrence). 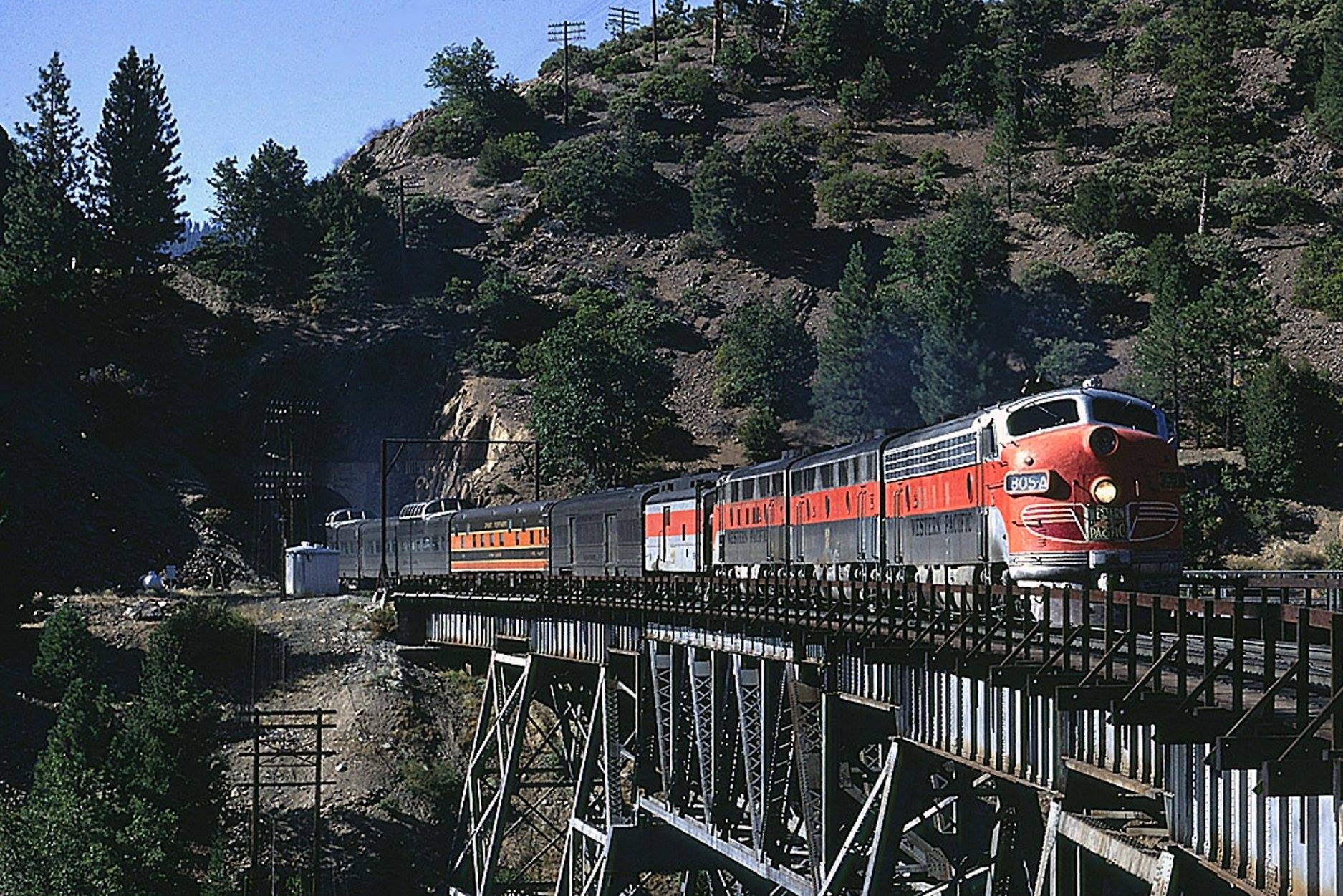 While the Western Pacific was the vision of Arthur Keddie it was the financial backing of George Gould, son and heir to father Jay the legendary tycoon.

It took Keddie decades to finally see his railroad completed as it had been blocked for years by Collis Huntington, which wanted no competition against his larger Southern Pacific system through northern California, Oregon, and connecting to Salt Lake City.

While the WP's main line was nearly 2,000 feet lower than the SP's through the Sierra Nevada Mountains at Donner Pass, Keddie came to realize that to truly compete against his rival a route northward towards Portland was needed.

An ambitious plan was decided, interestingly just after the start of the Great Depression in 1929, to build a branch northward from Keddie to Bieber, California and a connection with the Great Northern. 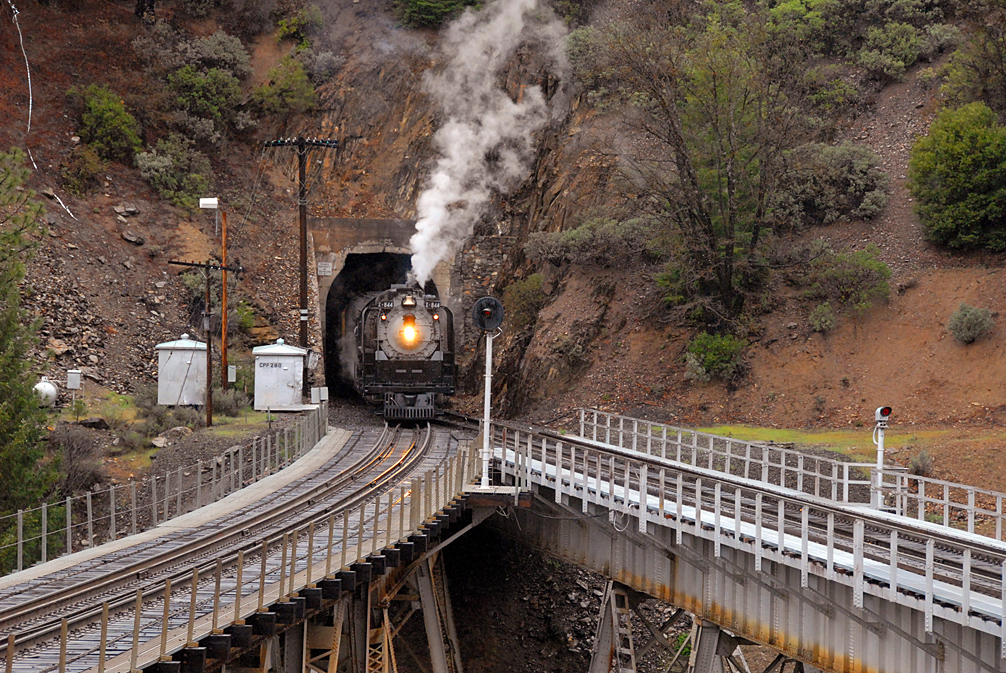 The only way to do this, however, was to complete another crossing of Spanish Creek just to the north and bore out a short tunnel to the east; doing so created perhaps one of the most unique and rare wyes ever attempted in railroading.

However, it also turned out to be quite useful as trains from California could now continue northward over the new bridge towards Bieber, as could trains heading west from Salt Lake towards the same destination (and vice versa). This new route became known as the "High Line" or "Inside Gateway" (officially, WP recognized it as the Northern California Extension).

Three additional features of the Keddie Wye that are sometimes overlooked include the following:

Most photographs of the Keddie Wye are either taken to the southeast (like the one below), showing trains swinging off the old Inside Gateway connection, heading west on the main line to Oakland, or featuring trains heading south (railroad east towards Portola/Salt Lake City) as they exit Tunnel #31 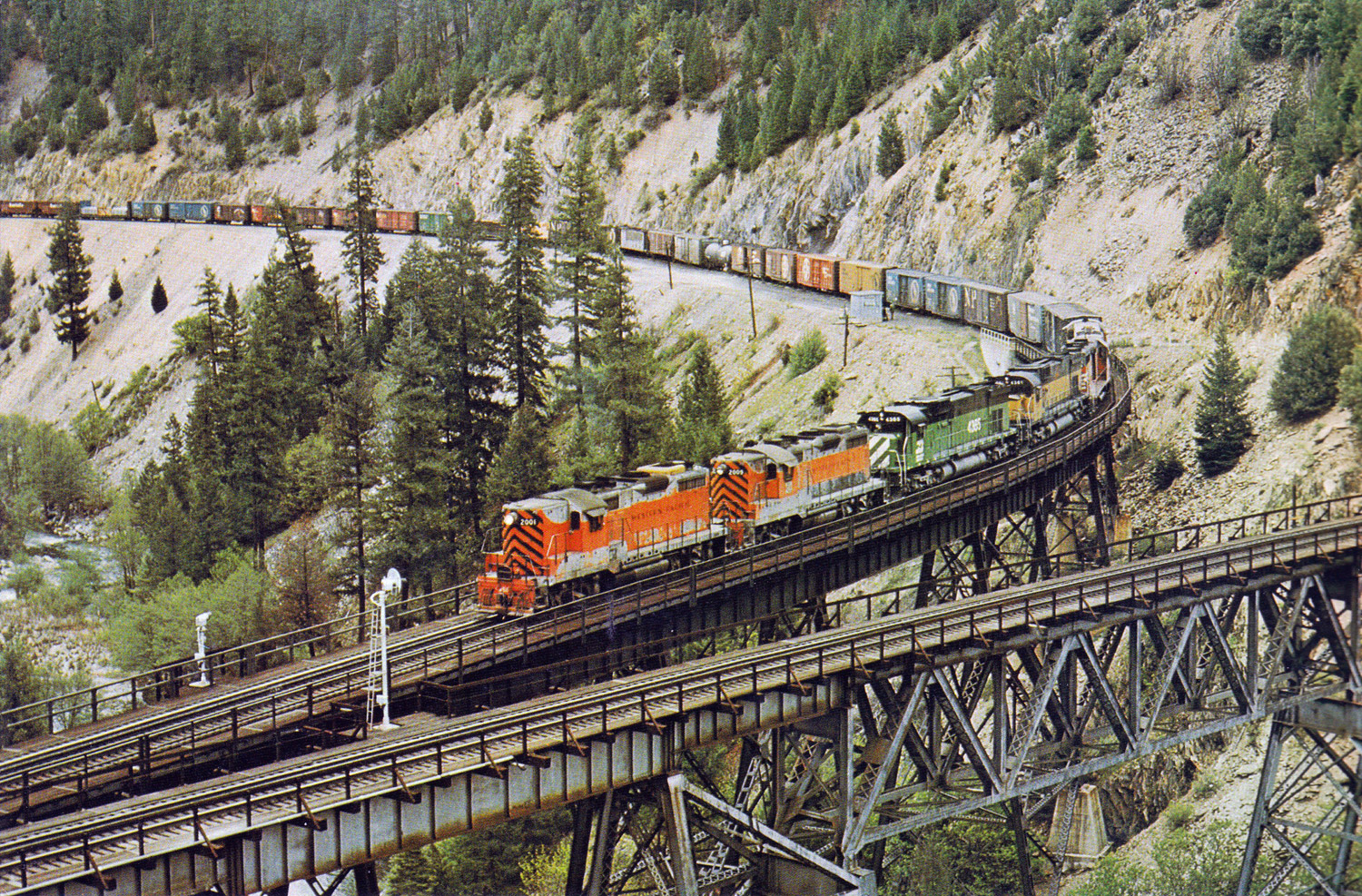 The new 131-mile Inside Gateway opened for use in 1931 and, unfortunately, was unable to break the Southern Pacific of its dominance, despite the fact that Donner was a much steeper main line and required much more maintenance to keep open during the winter months.

Additionally, just four years after opening the High Line the WP was again in bankruptcy although thanks to the traffic surges during World War II the company was able to break out of its slump. After the railroad saw new leadership in 1970 through Alfred Pearlman it perhaps the most lucrative period of time it had ever experienced.

Pearlman was well known for turning around the New York Central just before it merged with the Pennsylvania Railroad and he worked his magic again at the WP. As such, it was an attractive asset to larger lines and in 1982 the Union Pacific purchased the railroad. 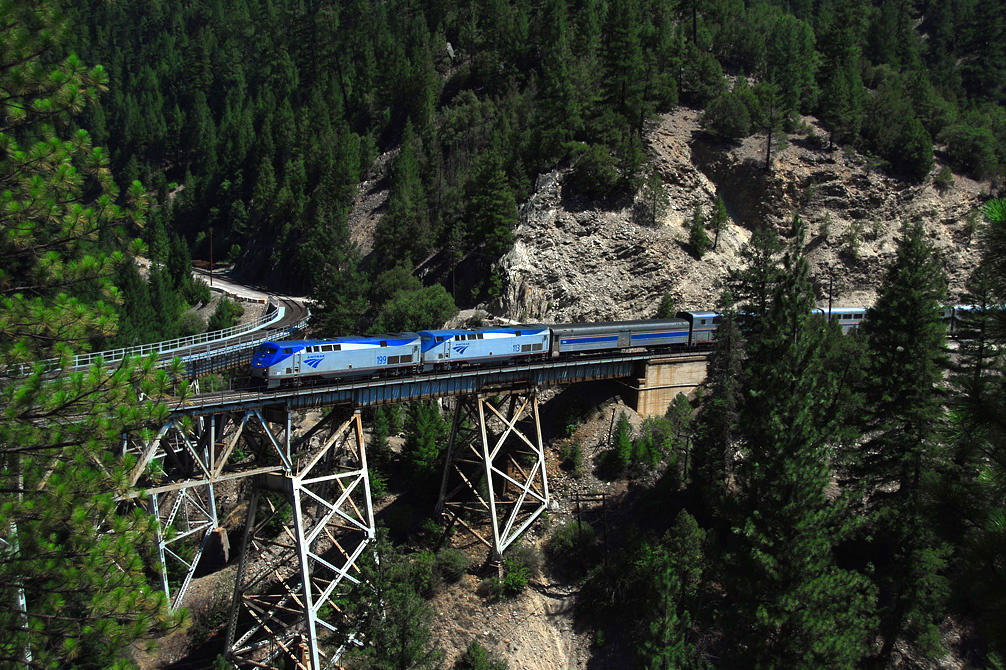 Amtrak's popular "California Zephyr" is in familiar territory as it passes over Spanish Creek Trestle heading westbound along the wye, led by P42DCs #199 and #113, on August 12, 2008. Drew Jacksich photo.

UP spent millions of dollars upgrading the WP's former Salt Lake City to Oakland main line, despite the fact that as late as 1997 it was strongly considering abandoning the route due to the constant maintenance headache of wildfires and rock slides.

However, to date the line remains an important artery for the Class I. Also in 1997, UP sold the Inside Gateway to then BNSF Railway, which continues to use it today as an additional connection between California and Seattle. For railfans, today you can still watch trains ply Keddie and are afforded an excellent location for photographs with state route 70 crossing the location just to the north.