Railroading in Kentucky is an interesting affair; to the east bituminous coal and the rugged Appalachian Mountains dominate the landscape while the much flatter Mississippi River Valley is situated to the west.

Here, main lines of the north-to-south Illinois Central and Gulf, Mobile & Ohio passed by on their way to Chicago and New Orleans.

Overall, the Bluegrass State was largely served by the Louisville & Nashville although several other carriers, like those mentioned, also penetrated its borders.

You can also visit the Kentucky Railway Museum; while perusing their collection be sure and catch a train ride! (Sometimes hosted by an operational steam locomotive.)

Included within this guide are available museums that work hard to preserve Kentucky's railroad history. 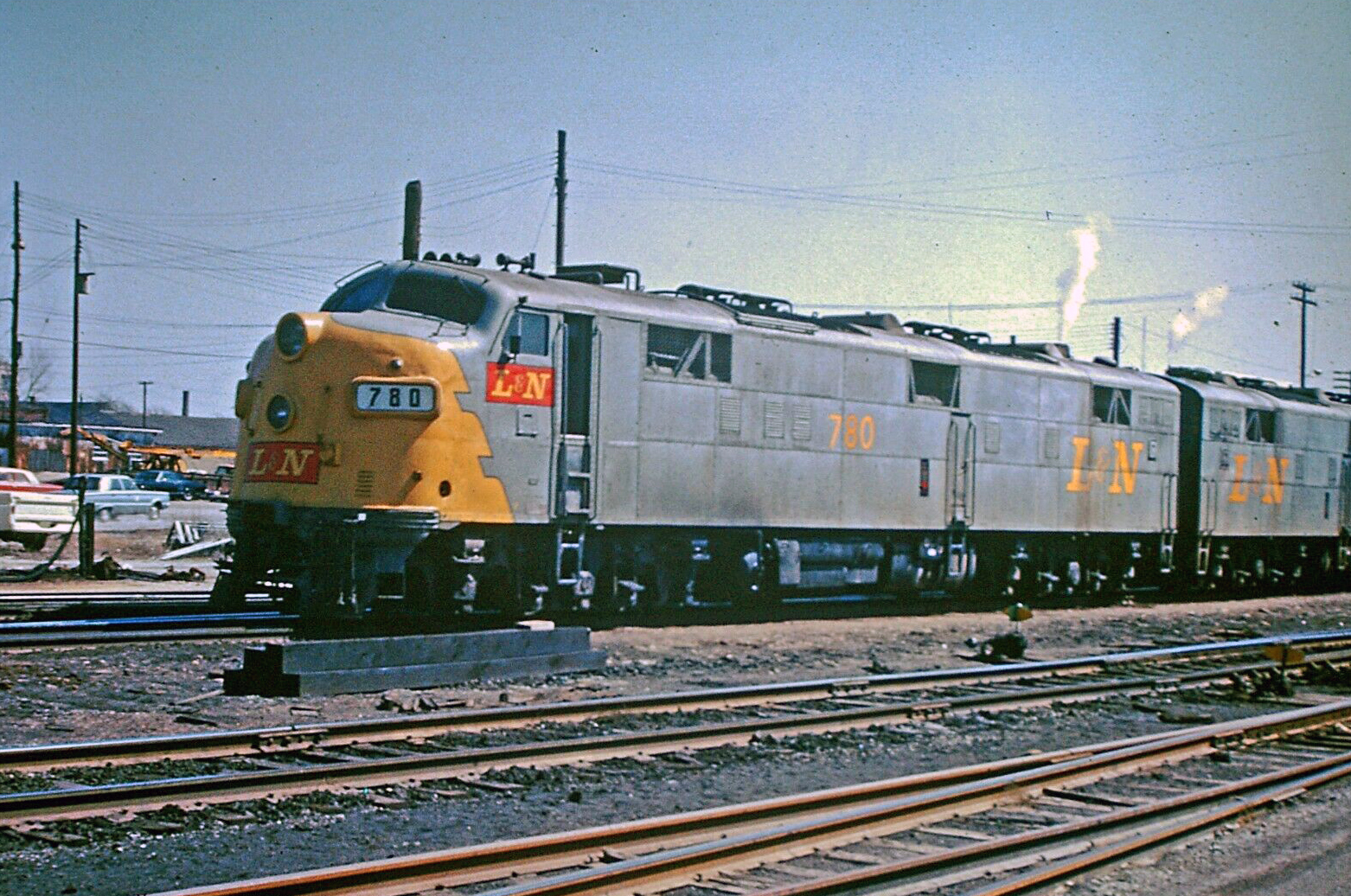 A Louisville & Nashville E7A is seen here at Union Station in Louisville, Kentucky during April, 1971.

A Brief History Of Kentucky's Railroads

According to the book, "The Lexington And Ohio Railroad, A Pioneer Adventure," by Dr. T.D. Clark of the University of Kentucky (written in 1933), the state's history with trains began with the Lexington & Ohio Railroad's incorporation on January 27, 1830.

It held "the powers of constructing a railroad from Lexington to one or more points on the Ohio River, these to be selected by the president and board of directors."

Only shortly before, the state had formed the Lexington & Frankfort Turnpike Company for essentially the same purpose.

However, as Dr. Clark points out, cities along major navigational waterways were economically surpassing landlocked towns without such conveniences.

Lexington was one such municipality; during the late 18th century it was one of the two most important cities along the Western Frontier (Pittsburgh being the other).

However, that had changed by the 1820's.  The boiler and improved waterway transportation allowed Louisville, situated along the Ohio River, to enjoy evermore business.

As a result, Lexington's leaders quickly realized they needed some way to correct this and settled on a railroad as the answer.

The first segment of the L&O, built with limestone stringers upon which strap iron from England was attached, opened in 1832.

By 1834 the line had reached the capital of Frankfort (29 miles) but intentions of reaching either Louisville or a secondary, eastern connection with the Ohio River, were never realized.

In 1835 the railroad's first steam locomotive, named "Daniel Boone," was placed into service but continued struggles led to the state's takeover of the property in 1842.

It finally reached Louisville in 1851 and the L&O would eventually wind up as part of the Louisville & Nashville's growing system.

The L&N blossomed into one of the most successful railroads of all time; following its chartering on March 5, 1850 "...to build a railroad between Louisville, Kentucky, and the Tennessee state line in the direction of Nashville" it never experienced a bankruptcy.

It would eventually grow into a nearly 5,000-mile network serving Chicago, New Orleans, and every major city in Kentucky and Tennessee.

According to John Stover's book "The Routledge Historical Atlas Of The American Railroads," Kentucky's rail mileage peaked at over 3,900 during the 1920's.

Today, the Association of American Railroads states this number has declined to just over 2,600 miles, operated by twelve railroads.

The KRM, mentioned above, does a very nice job of preserving Kentucky's railroads although only offers short excursions.

The Blue Grass Scenic Railroad & Museum is perhaps the state's hidden treasure, running trains between May and October through the beautiful north-central foothills.

It may not offer luxurious accommodations but folks can take quite a long ride for a very reasonable price. If you have the money, however, the elegance of the My Old Kentucky Dinner Train offers a trip to remember.

The normal operating season is April through October while the railroad offers a number of special events throughout the year.

The K&T is a historic short line freight hauler that is still in service today.  It was originally formed in 1902 as the Kentucky & Tennessee Railroad, a division of the Stearns Coal & Lumber Company to move coal and timber.

It became the Kentucky & Tennessee Railway in 1904.  By 1923 it had extended as far west as Bell Farm with operations based in Stearns along the Cincinnati, New Orleans & Texas Pacific (Southern Railway) main line.

The K&T became a popular venue for railfans by maintaining steam locomotives in service until 2-8-2's #10 and #12 were finally retired in February, 1964. 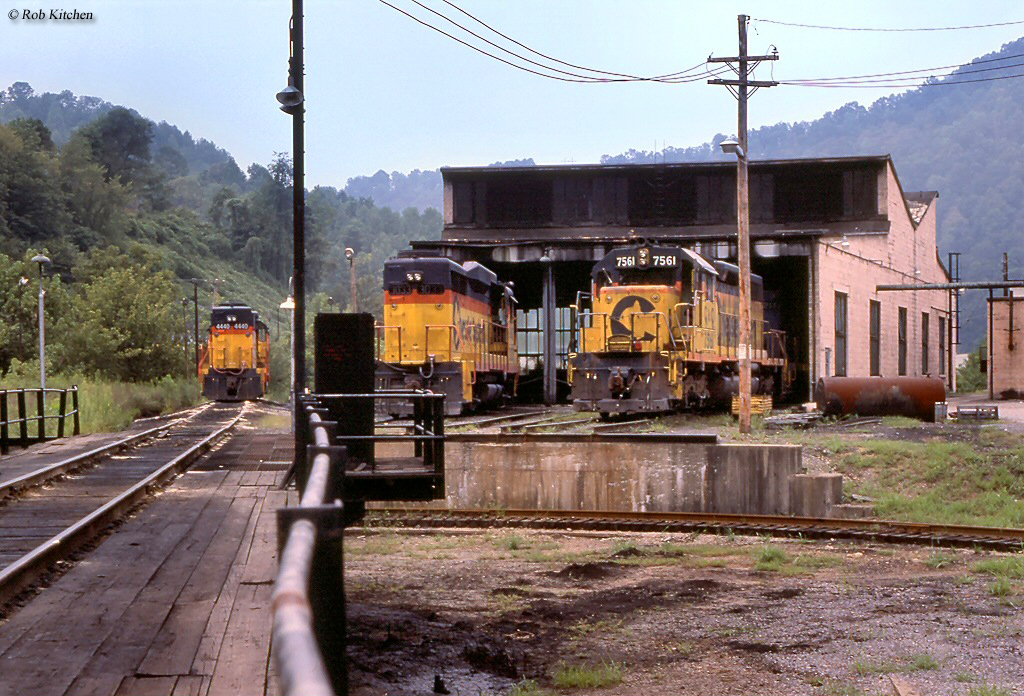 The Blue Grass Scenic Railroad & Museum is located in Versailles with a mission to highlight Kentucky's colorful history with railroads.

The organization was launched in 1976 by a local model railroad group that began collecting unwanted equipment (passenger and freight cars).

After having these pieces stored at various locations the group eventually found a permanent home along Highway 62 near Versailles.

The museum really took flight in the late 1980's when it acquired about 5.5 miles of a former Southern Railway branch that once linked Lexington with Lawrenceburg, originally built as the Louisville Southern Railroad.

There is no admission to visiting the museum although tickets must be purchased to ride the train, which runs from April through October.

This museum is located in Bowling Green and offers both self-guided and guided tours of the property.

It is a magnificent facility, housed inside the town's restored Louisville & Nashville depot, a limestone structure (featured stone from the former White Stone Quarry located in Warren County) that opened on October 2, 1925.

There are numerous interactive and static displays to peruse which range from a theater to information on how the Railway Post Office system functioned.

There is also a working model layout to see and some rolling stock on-hand.

The Kentucky Railway Museum, based in New Haven has a history that dates as far back as the late 1940s.  Its true beginnings occurred in 1954, thanks in part to the Louisville & Nashville's efforts!

Since that time the museum has grown steadily and today features a large collection of rolling stock.

They also maintain an operating steam locomotive, ex-Louisville & Nashville 4-6-2 #152 (donated by the railroad back in the 1950's), which occasionally pulls excursion (the organization also maintains an operational diesel, a former Santa Fe CF7).

The museum is able to host this trips thanks to a segment of former L&N trackage, acquired some years ago from CSX Transportation.

In addition to standard excursions, KRM offers numerous specials throughout the year including train robberies, dinner trains, murder mysteries, and plays host to "A Day Out With Thomas" the famous tank engine. 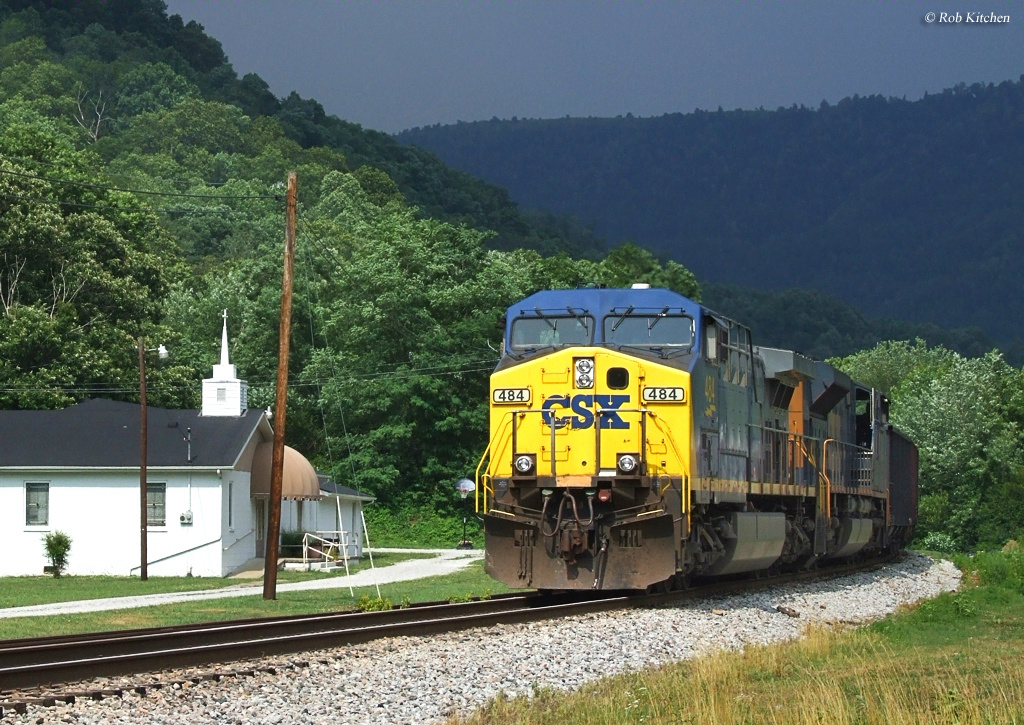 This organization was formed in early 2016 when it announced on February 7th that year plans to restored Chesapeake & Ohio 2-8-4 #2716 back to operating condition.

These Class K-4 "Kanawha's," as the C&O referred to them, were legendary steamers manufactured by American Locomotive and Lima Locomotive between 1943 and 1947.

On May 19, 2018 the organization received a major breakthrough when it announce a partnership with CSX Transportation to acquire nearly 50 acres of the railroad's former Louisville & Nashville's car shops and yard in Ravenna, Kentucky.

There are eventual plans for this site to become a major tourist attraction although the timing of when that will occur remains in unknown.  For more information please visit the group's website.

The My Old Kentucky Dinner Train has become one of the most popular and upscale railroad excursions in the country.

It is owned and maintained by RJ Corman, a short line that oversees several routes in Kentucky as well as West Virginia, Texas, Ohio, Pennsylvania, South Carolina, North Carolina, and Tennessee.

The company began in 1973, founded by Rick Corman as a salvage/recovery business meant to help railroads during cleanup of derailments and accidents.

The dinner train covers a distance of about 18 miles between Bardstown and Limestone Springs Junction over an ex-Louisville & Nashville branch.

This small museum is part of the Blue Grass Scenic Railroad & Museum and is based inside the town of Versailles's restored Louisville & Nashville wooden depot, completed in 1911.  Inside the building are a collection of static displays and model railroad equipment.

This museum is located in the town of Paducah, featuring a large collection of historic items ranging from signals to typical depot equipment (train bulletins, wooden benches, etc.).

The building within which all of this is displayed, is a freight house completed by the Nashville, Chattanooga & St. Louis and Chicago, Burlington & Quincy in 1925.

The two-story brick building handled less-than-carload business on the first floor while the second held offices for the Division Superintendents.

The NC&StL was a Tennessee institution but also enjoyed access to Paducah by way of the Louisville & Nashville-owned Paducah, Tennessee & Alabama and Tennessee Midland, leased by the Dixie Line in 1896.

The CB&Q's entry is perhaps more interesting, consisting of the railroad's furthest eastern reach and only access into Kentucky.  The freight house passed from owner to owner after being sold in 1975.

The current museum has been opened since April, 1996, operated by the Paducah Chapter of the National Railway Historical Society. 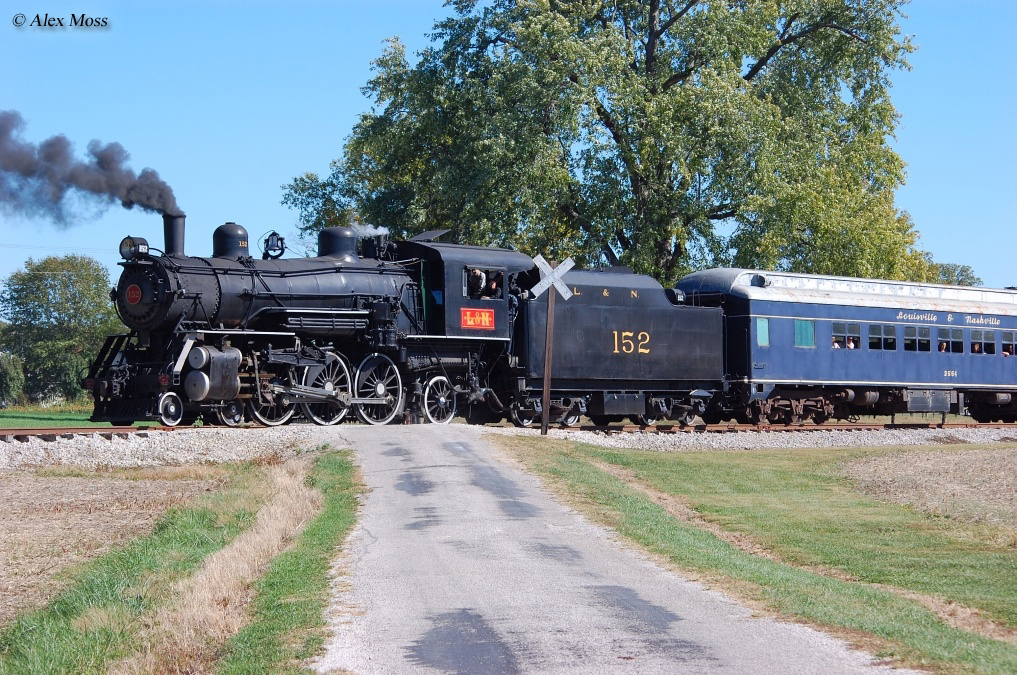 The metropolis region known as Cincinnati was once home to numerous railroads, ranging from the Pennsylvania, Baltimore & Ohio, and New York Central to the Southern, Norfolk & Western, and Louisville & Nashville.

The city's largest railroad museum has an impressive collection of rolling stock on its property (filling an entire yard) that includes a lot of B&O and PRR equipment although there are other railroads featured as well.

They are located in the suburb of Covington, Kentucky just across the Ohio River from the Queen City and are open year-round on Saturdays for tours.  If you would like to learn more about this organization please visit their website.