The pride of Rutland's steam fleet included a small quartet of 4-8-2 Mountains it purchased from the American Locomotive Company (Alco) directly after World War II.

At the time of their arrival the railroad was still in a long, drawn out bankruptcy dating back to the 1930s and money was very tight.

However, the new steamers were badly needed as motive power was rundown and worn out.

During the early 1950s new management and a reorganized system saw the steam fleet replaced in favor of brand new diesel road-switchers, an effort brought about to keep the company afloat and in operation.

The Mountains remained on the roster far longer than other other steamer until they were reluctantly retired and scrapped in mid-'50s after less than 10 years of service.

The Rutland never owned wheel arrangements larger the 4-8-2 and, generally, the railroad was habitually under-powered throughout the steam era.

When diesels arrived these issues were resolved.  It's a true shame the company could not resolve its financial situation given that most of its network remains in operation today. 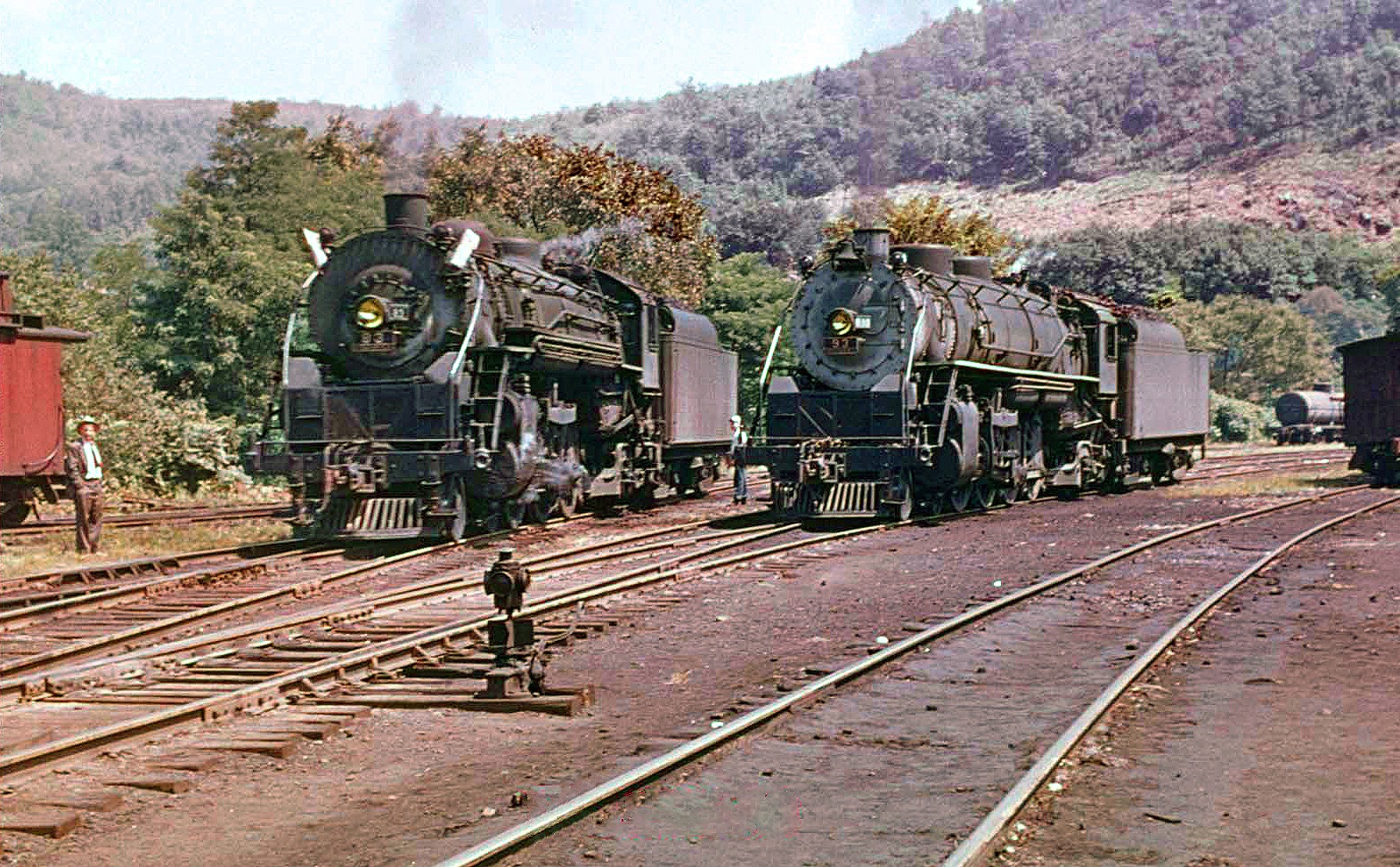 What resulted in the Rutland purchasing four new Mountains can be traced back to the Great Depression of the 1930s, brought on by the stock market crash of 1929.

The railroad was already facing financial trouble even before this event when, according to Jim Shaughnessy's book, "The Rutland Road: Second Edition," severe flooding during October of 1927 damaged 263 of its entire 413-mile system!

The railroad spent $750,000 repairing the damage and in the process lost another $285,000 in revenues during the seventeen days it was shutdown.

As the 1930s dawned the Rutland found itself increasingly drowning in red ink as deficits greatly overtook gross revenues; there simply wasn't enough traffic to keep the company afloat.

An attempt was made to cut interest payments but even this could not stave off bankruptcy.

On May 5, 1938 the Rutland officially entered receivership and it took monumental efforts to save the company from complete liquidation.

As Mr. Shaughnessy's points out one of the road's biggest issues was lack of online freight customers.

There were important interchanges with systems such as the New York Central and Boston & Maine but its rails did not serve hardly any of New England's noted industrial centers, once a major source of freight for many railroads in the region.

It had once operated a rather lucrative bridge service via its Rutland Transit Company that shipped goods to and from Chicago via the port of Ogdensburg, New York.  However, the Panama Canal Act of 1915 disbanded this business.

The road struggled afterwards but regained its footing somewhat during the 1920s by hauling lucrative milk shipments and other traffic such as noted Vermont marble, lumber, and various other freight.

As the Rutland slid towards liquidation groups were formed to save the line including the:

In addition, state governments did what they could to help ease payment burdens (the state reduced the company's taxable property thereby decreasing the monies owed while the city of Rutland forgave a $2,500 water bill).

One notable effort to increase revenues was through the introduction of "The Whippet" in early 1939; a high-speed, scheduled through freight which ran the length of the system.

It lost its name during World War II but proved a successful venture nonetheless.  The war also brought in much need income although the Rutland was still unable to pull itself out of receivership.

In 1946 the court overseeing the bankruptcy allowed the release of enough money to purchase four new locomotives from Alco.

The 4-8-2 Mountains, based from similar designs purchased by the NYC but somewhat lighter, were listed as Class L-1 and numbered 90-93.

They were certainly the most powerful steamers Rutland ever rostered weighing nearly 278 tons, requiring rail of 97 pounds to safely operate, and produced tractive efforts greater than 54,000 pounds.

From an aesthetic standpoint they were certainly beautiful locomotives with an uncluttered look and semi-streamlined tender that ran partially flush with the roofline.

Upon delivery the 4-8-2s were painted in a gorgeous deep green and yellow/gold trim.  They were always given top assignments, usually timed freights or milk trains and sometimes handled passenger assignments.

Alas, these pretty steamers had very short lives on the Rutland.

The company had been reorganized on November 1, 1950 as the Rutland Railway and new management, under the leadership of Gardner A. Caverly, sought to turn the struggling system into an efficient operation.

One way he did this was by retiring the bulk of the aging steam fleet by 1953, nearly 60 locomotives, in favor of more efficient diesels.

The road-switchers were Alco's RS1 and RS3 models, which could handle both freight and passenger assignments.

The Mountains survived a bit longer but were retired in March of 1955 and cut up for scrap along with the others (done largely to pay for the new diesels since the railroad was too far in debt to be floated the needed credit).