The Leadville, Colorado and Southern Railroad (LC&S) is another of Colorado's many tourist railroads operating over lines that once sought the riches the region had to offer.

Just like the others, the LC&S (since standard-gauged) operates through the spectacular Rocky Mountain Range, departing each trip from the historic mining town of Leadville at the former Colorado & Southern depot which has been lovingly restored.

The LC&S operates on trackage that was once part of the Colorado & Southern's vast narrow-gauge lines in the area and while it is the only tourist railroad not to offer steam locomotives powering its trains it does offer very reasonable prices for its trips (which is one reason folks continue to return).

So, if you are in the area vacationing or visiting nearby Denver considering swinging by to see this railroad, which provides unparalleled views of the Rocky Mountains. 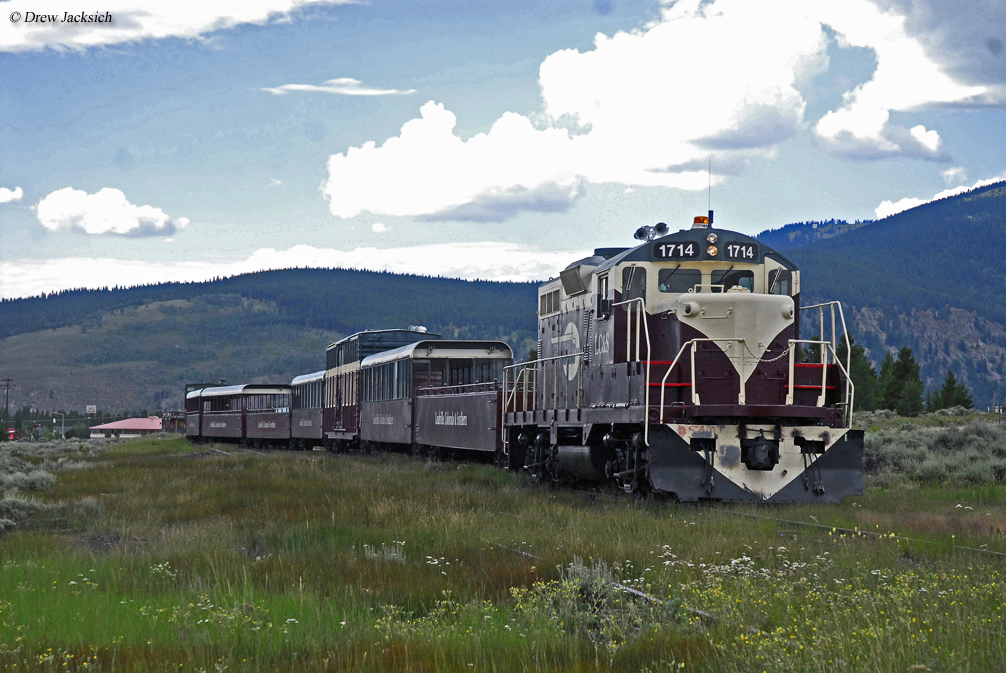 The Leadville, Colorado and Southern Railroad has its beginnings dating back to 1980 when the Burlington Northern, successor to C&S parent Chicago, Burlington & Quincy sold off its depot, branch line, and all local rolling stock around Leadville.

The railroad at the time was looking to downsize its network following its 1970 creation, in addition to the Staggers Act passed that year which enabled railroads greater freedoms in abandoned unprofitable routes.

This particular segment was purchased by interests that would go on to form the LC&S. The earliest history of C&S's silver mining branches dated back to the Colorado & Clear Creek Railroad chartered in 1865 (later renamed the Colorado Central Railway).

At the time the region was becoming a major producer of silver (and to a lesser extent, gold) and the Union Pacific, which originally owned these mining branches, looked to exploit it.

The Colorado Central later incorporated the Georgetown, Breckenridge & Leadville Railway to continue marching southwest in an attempt to reach additional mines and the towns they created.

By 1898 the Colorado & Southern Railway was created to takeover bankrupt properties operated by Union Pacific, which included all of its mining branches.

By this time the lines were operated primarily by two companies the Denver, South Park & Pacific Railway and the Denver, Leadville & Gunnison Railway (which the LC&S now operates).

Unfortunately, the properties were no longer as profitable as they had once been due to the passage of the Sherman Act in 1890 that looked to regulate the silver mining industry (there was too much being produced).

While the C&S worked to standard gauge much of these mining branches, by the 1940s most had been abandoned or sold.

For those with an interest in railroads and Colorado's fabled narrow-gauge systems, the state is filled with abandoned rights-of-way throughout the spectacularly beautiful Rocky Mountains.

Many would make for fabulous scenic train rides in the modern era.

Today, when riding the Leadville, Colorado and Southern Railroad it operates on a route that rises over 1,000 feet from the Arkansas River Valley, travels through Freemont Pass and provides for views of Colorado's two largest mountain peaks, Mt. Massive and Mt. Elbert.

Overall the line operates through the San Isabel National Forest and lasts for more than 2 hours covering about 21 miles round-trip. It is one of the state's longest such excursion experiences.

Aside from the Georgetown Loop Railroad (which was partially rebuilt), it is the last remaining section of the Colorado & Southern's mining branches still in operation. 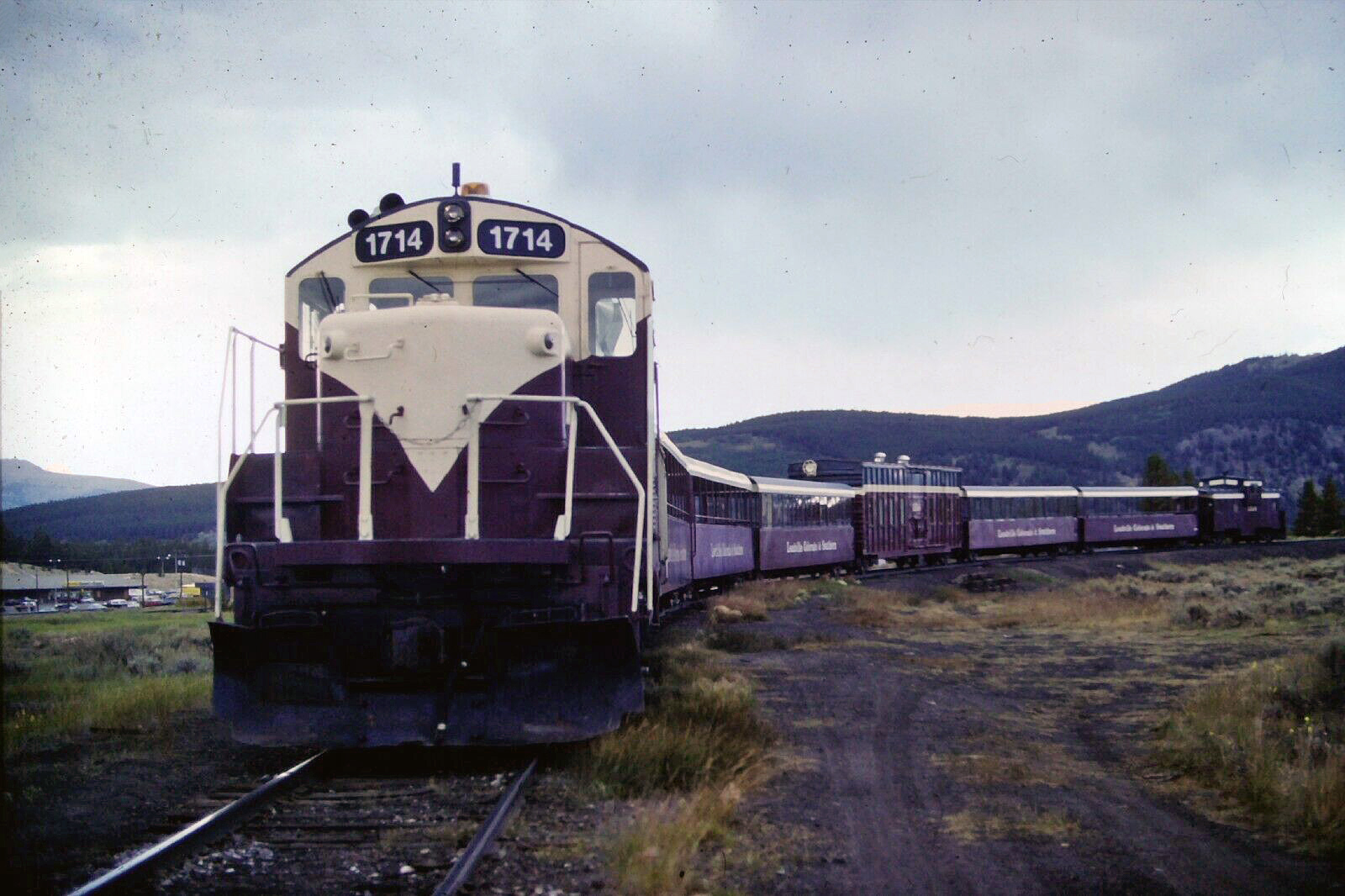 Leadville, Colorado & Southern GP9 #1714 has been the organization's primary power since operations began. The train set is seen here in Leadville on August 30, 1990. Art Clowes photo.

If the organization could ever resurrect or purchase a steam locomotive to run on the property they could likely draw in even more visitors.

Despite this, however, it is still an excellent attraction and worth the visit. Also, if you the time and chance check out the other similar excursions in the region such as the Georgetown Loop, Durango & Silverton, and/or Cumbres & Toltec Scenic.

Currently, the LC&S operates a schedule that runs between late May and early October. They also offer extras such as riding in the locomotive and caboose (for a small additional fee), as well as special events throughout the year including photo ops, wildflower trains, a rare night ride, and river rafting packages.