Lineside structures essentially are any buildings, large or small, that lies along the right-of-way. This would include such structures as:


Today's Class I railroad have little need for many of these structures such as water tanks and coaling towers although MOW buildings continue to be employed including some that are depots converted for such use.

In any event, the information below will attempt to briefly mention a few of the most well-known (or remembered) of these structures. 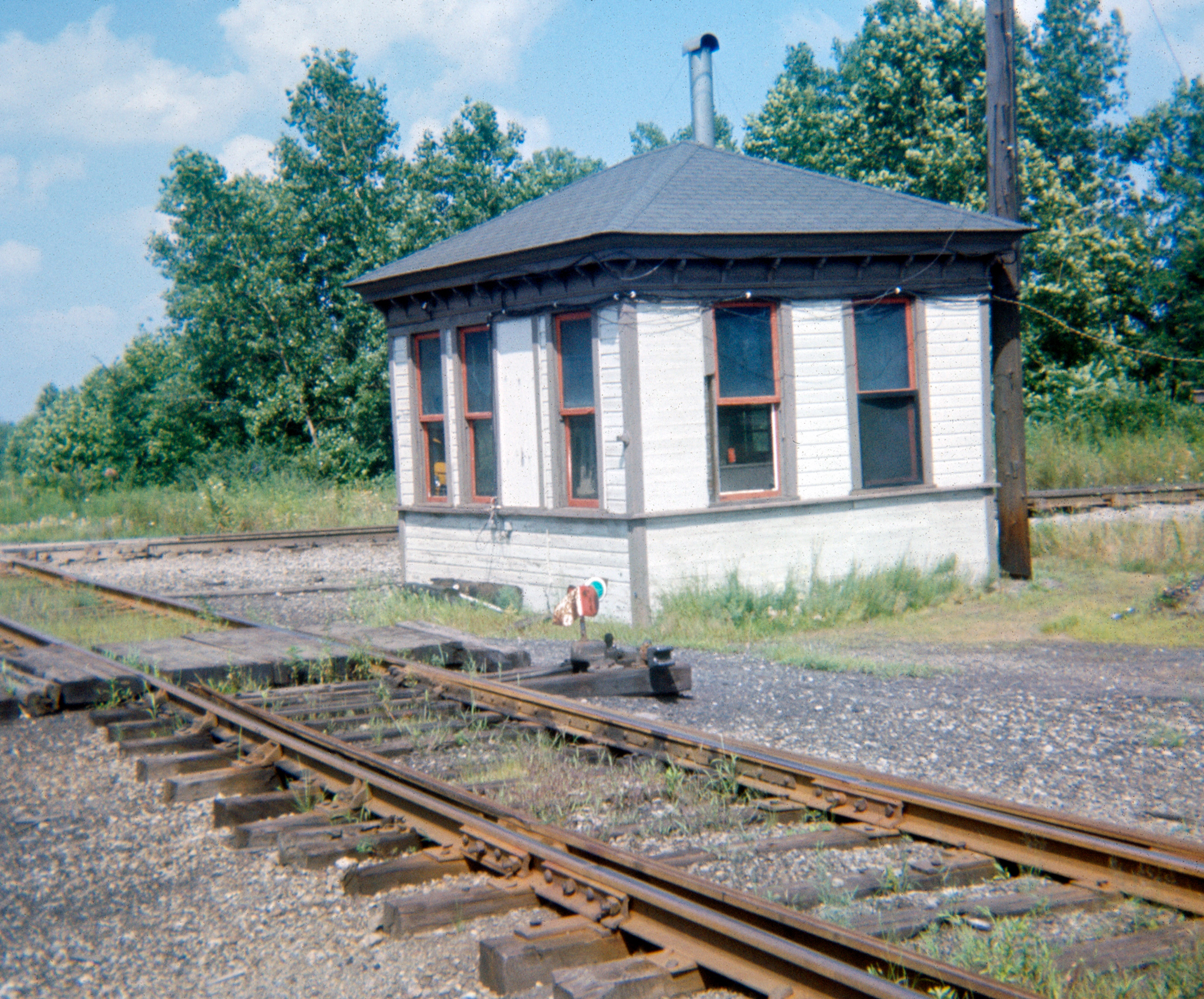 The Pennsylvania Railroad's DJ block station at Dover, Ohio looking east (railroad northbound); August, 1973. This building once protected the diamond of the B&O's Wheeling-Warwick line (in the background) and the PRR's Cleveland & Marietta corridor. However, by the date of this photo it had been closed and was used only as a workman's shanty. The Marietta Division was abandoned under Conrail in 1976 while the B&O line here remains in use under RJ Corman. American-Rails.com collection.

While railroad stations and depots are considered to be lineside structures we won't focus on them in this discussion not only because they are already well covered elsewhere on the site but also because they often aren't considered a classic such structures.

Instead, we will focus on things like water tanks, coaling towers, shanties, MOW buildings, interlocking towers, etc. First, looking at maintenance-of-way buildings and shanties both were part of the maintenance department. 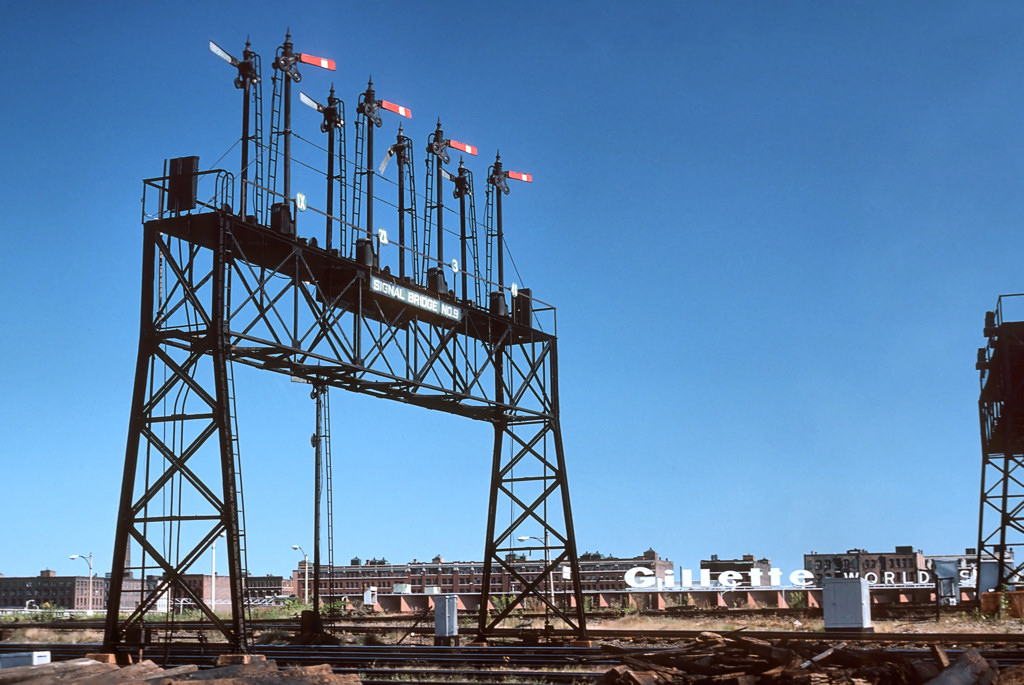 Shanties on the other hand were used mostly to protect crossing prior to the development of gates, flashers and bells as a watchmen would warn traffic with a stop sign upon the approach of train.

The shanty also provided protection for watchmen stationed at any needed location along the line. Water tanks were once as important as coaling towers stationed every 100 or so miles along a line to top off a steam locomotive's tender.

Without water, of course, steamers had no way to produce power and water tanks kept the locomotives moving. They were another expensive component to keep steam locomotives running and railroads were happy to ditch the tanks once diesels came along.

Several remained standing after steam was abandoned and even today a number of them remain, some still used to water those steam locomotives that continue to operate. 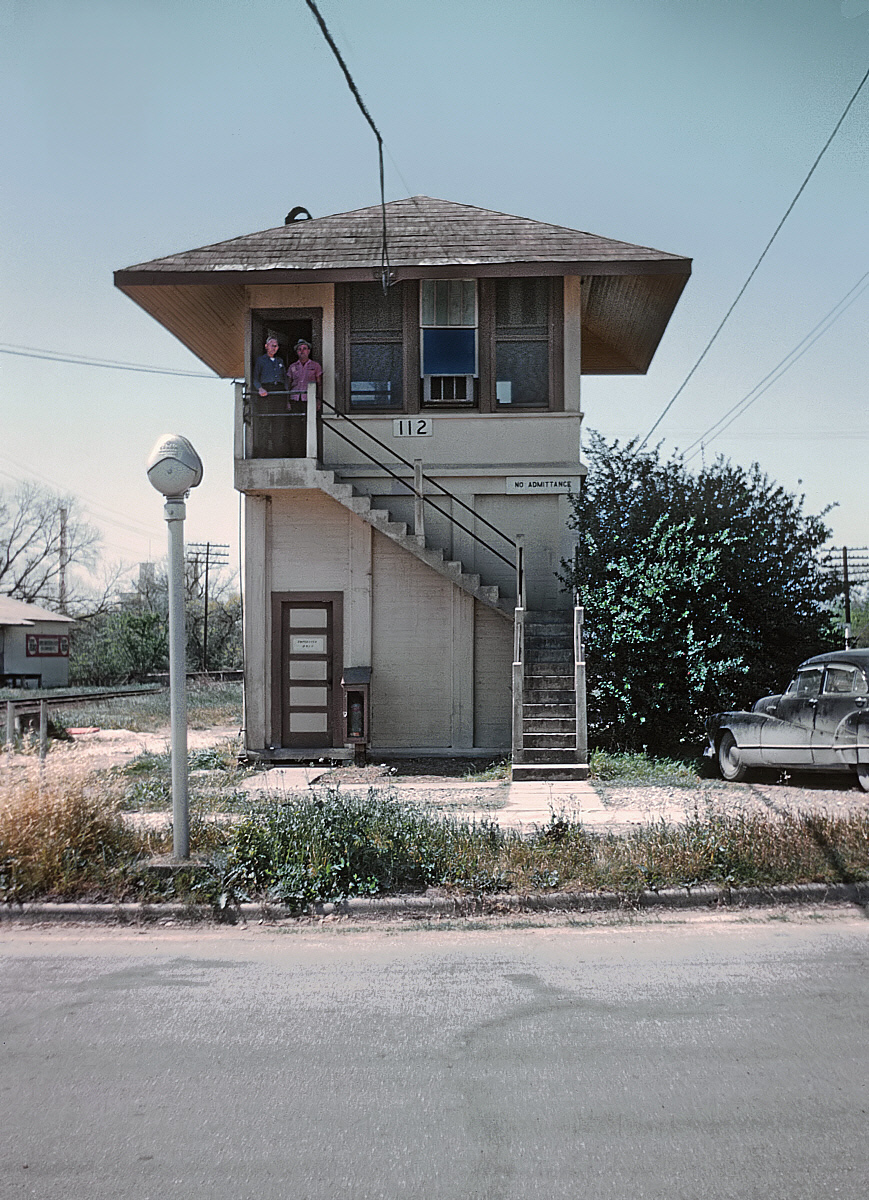 During the age of the steam locomotive coaling towers were an essential part of railroading as without them there was little way to effectively fuel the motive power.

The coal chute or coaling station, as it is also sometimes known, dates back to the late 1800s as steam locomotives became larger and required a larger fuel capacity.

As with steamers themselves there were all different sizes of towers and they became much larger into the 20th century. Some of the last towers ever built were from reinforced concrete and stood hundreds of feet tall. 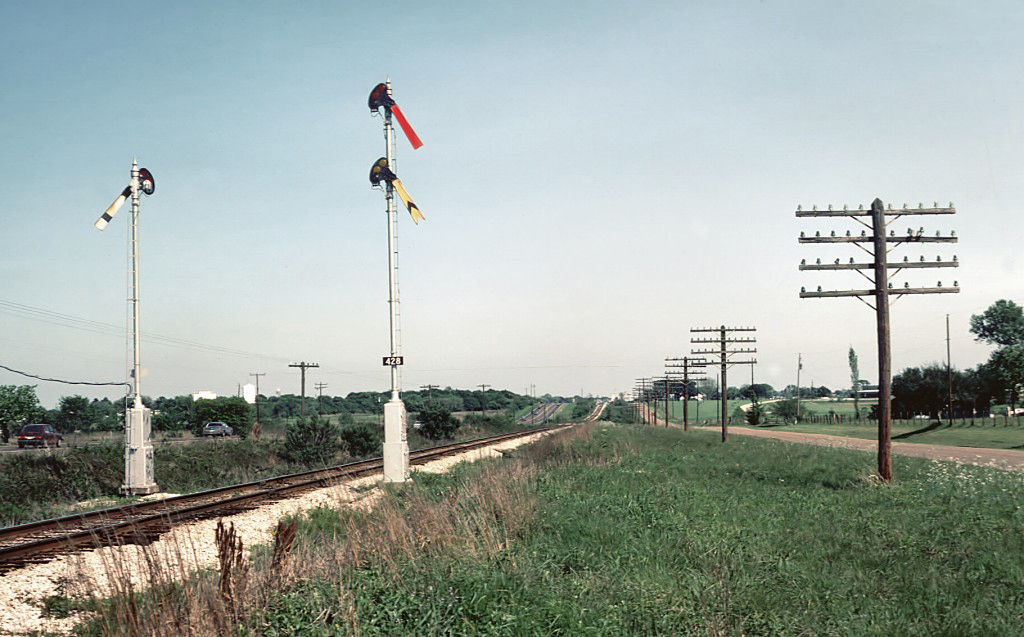 A classic pair of semaphores at Waller, Texas are protecting the Southern Pacific's Houston to Dallas line. This photo was taken in May, 1982 and the author notes the signals were removed soon afterwards. Gary Morris photo.

They were so well built that several still stand to this day, over a half-century since they were last used!

Interlocking towers (known as a signal box on English railroads) were once a vital component of the railroad network centralizing a group of signals at a busy location of a main line (such as a junction, crossover, diamond, etc.) into one location with an operator who would manually set the signal(s) to the appropriate reading (proceed, stop, caution, etc.).

Some railroads had their own names for interlocking towers, such as the Chesapeake & Ohio Railway which called them cabins. As the 20th century wore on improved technologies allowed for dispatching and signal control to be centralized and not so localized for a given section of railroad track. 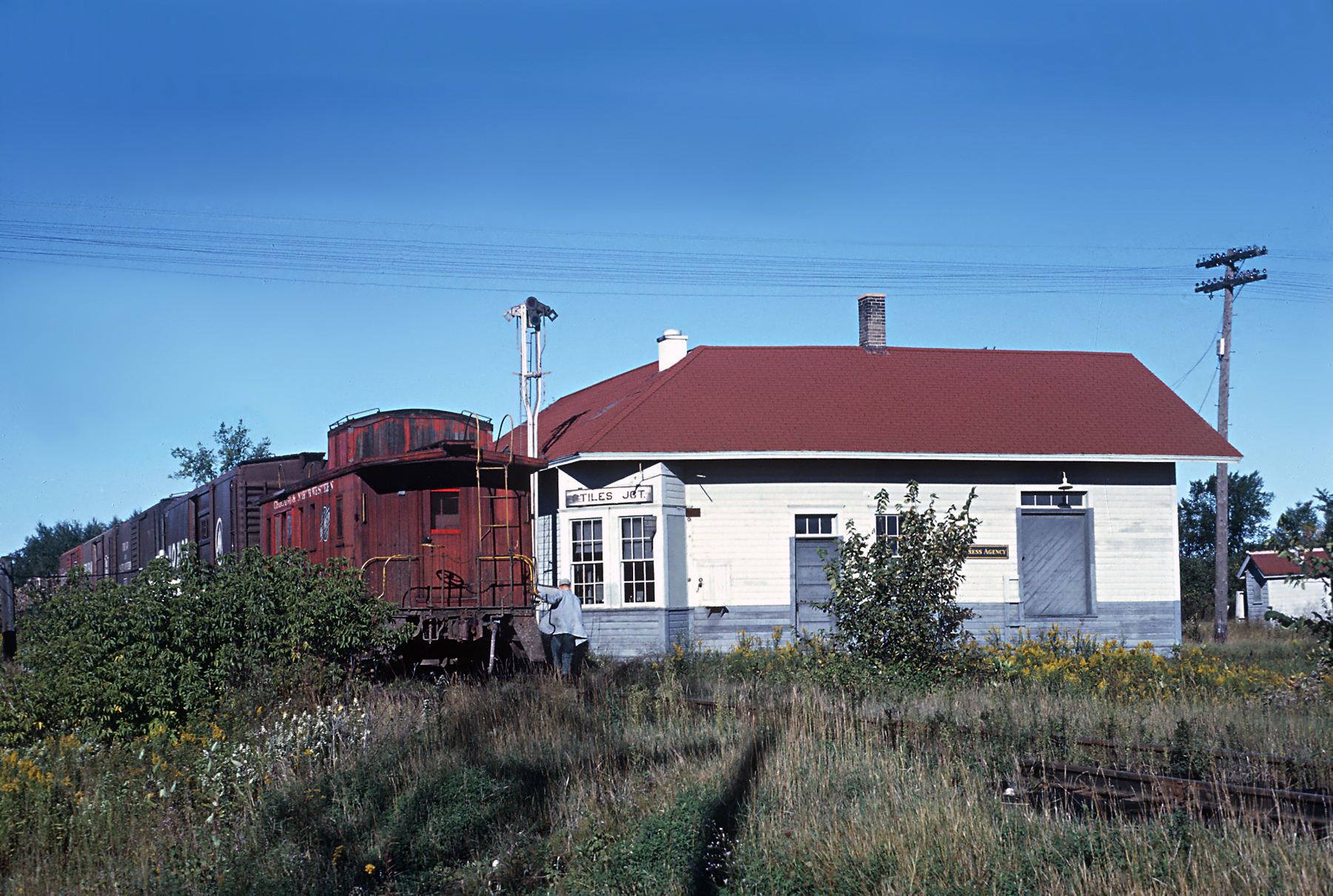 A local Chicago & North Western freight heads west over the Milwaukee Road diamond at Stiles Junction, Wisconsin in September, 1964. The C&NW line once linked Oconto with Gillett where it connected with two other North Western corridors. It was cutback to Oconto Falls shortly after this photo was taken. Most of the branch has since been abandoned east of this junction with the remaining 4.5 miles still in use. The old Milwaukee Road is also still in operation, owned by short line Escanaba & Lake Superior. The small Union Depot was razed long ago. Roger Puta photo.

As such there was no longer a need for interlocking towers and today's popular centralized traffic control or CTC has all but done away with them.

You can still find a few towers guarding particular locations, such as the busy intersection of Fostoria, Ohio. However, by and large the interlocking tower is a very endangered species that will soon be extinct.

During the Golden Age, or classic era, of railroading one could find all types of lineside structures in use like those mentioned above.

During those days virtually every job required a human, or at least someone to keep a watchful eye out. As technologies have improved many of these jobs are no longer needed, like the crossing watchmen, resulting in many of these buildings to likewise be of little use.

Of course, for railroads it was a way to reduce costs not only in fewer individuals on the payroll but also lower property taxes.