The St. Louisan was a long-running Pennsylvania Railroad train with a history that can be traced back to the early 20th century.  For the purposes of this article we will focus primarily on the later, streamlined era of the train (post mid-1930s).

The Louisan was once considered the PRR's top service in the New York-St. Louis market until it was bumped by the Spirit Of St. Louis.  After this time it ran third-tier behind the "Fleet Leader" as well as the Penn Texas, long considered the route's second most prestigious train.

As patronage declined after World War II secondary trains such as the Louisan were considered expendable and by the late 1950s it was removed from the timetable.

The New York-Chicago market was long considered the PRR's (and many others') most important and busiest corridor as the railroad dispatched a dozen trains each way on a daily basis during the height of rail travel.

The St. Louis market was not quite as busy but still featured seven trains of its own including the Spirit, St. Louisan, Penn Texas, Metropolitan, Allegheny, all-coach Jeffersonian, and American (there was also the Cincinnati Limited serving its namesake city in the Buckeye State). 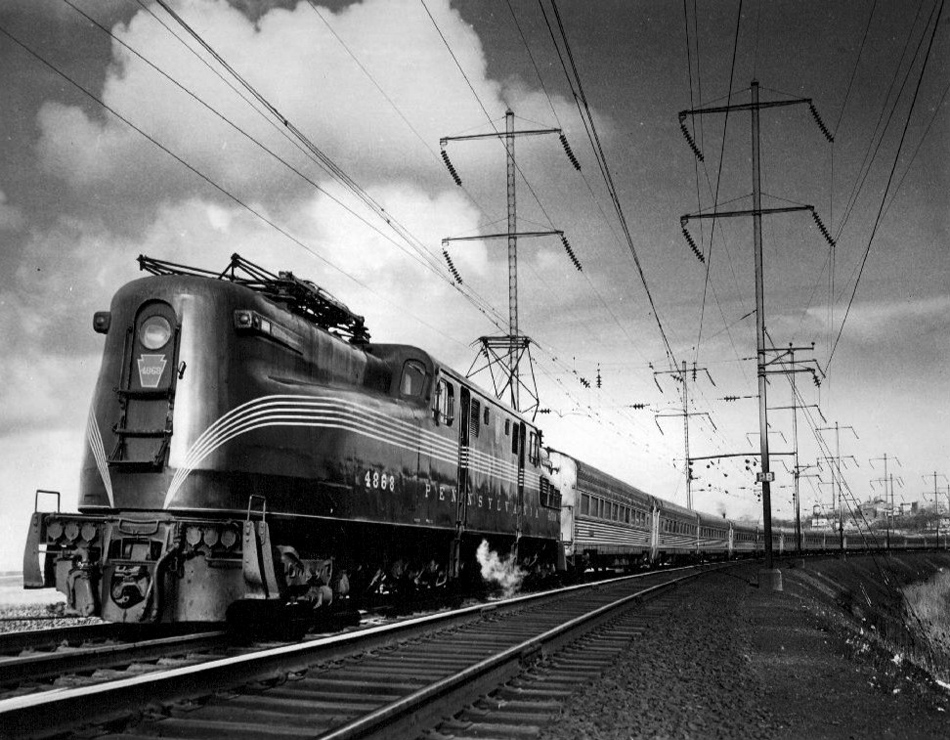 The history of this particular service began around 1913 when the former 24-Hour New Yorker (eastbound) and 24-Hour St. Louis (westbound) were shortened to simply the New Yorker/St. Louisan according to Craig Sanders' book, "Limited, Locals And Expresses In Indiana, 1838-1971."  At the time the train offered a schedule of around 24 hours (hence the name) on a journey that covered more than 1,050 miles.

Its consist included Pullman sleepers, a diner, club car, and observation.  On June 15, 1927 the PRR launched the new Spirit Of St. Louis, which replaced the New Yorker/St. Louisan.

The new name was meant to not only honor the Gateway City but also the famous plane piloted by Charles Lindbergh, who had made history only a few weeks earlier by completing the first-ever, solo transatlantic flight in late May turning him into an immediate celebrity.

The St. Louisan soon returned to the timetable and throughout the 1930s the Pennsy continued increasing speeds over the route.  It was able to eventually reduce the schedule to just over 20 hours.

The St. Louisan was listed on the timetable as trains #32, eastbound, and #33, westbound.  It would depart New York after lunch and arrive in St. Louis the following day just after 1 PM.

Conversely, its eastbound counterpart left Union Station around dinnertime and returned to the Big Apple the next day during the late afternoon hour.

During the streamlined era Harry Stegmaier, Jr.'s book, "Pennsylvania Railroad: Passenger Trains, Consists & Cars - 1952 Volume I," that while the St. Louisan offered more economical accommodations compared to the more luxurious Spirit and Penn Texas it was still considered by the PRR as part of its "Blue Ribbon" fleet and better than other trains on the route such as the American and Metropolitan. 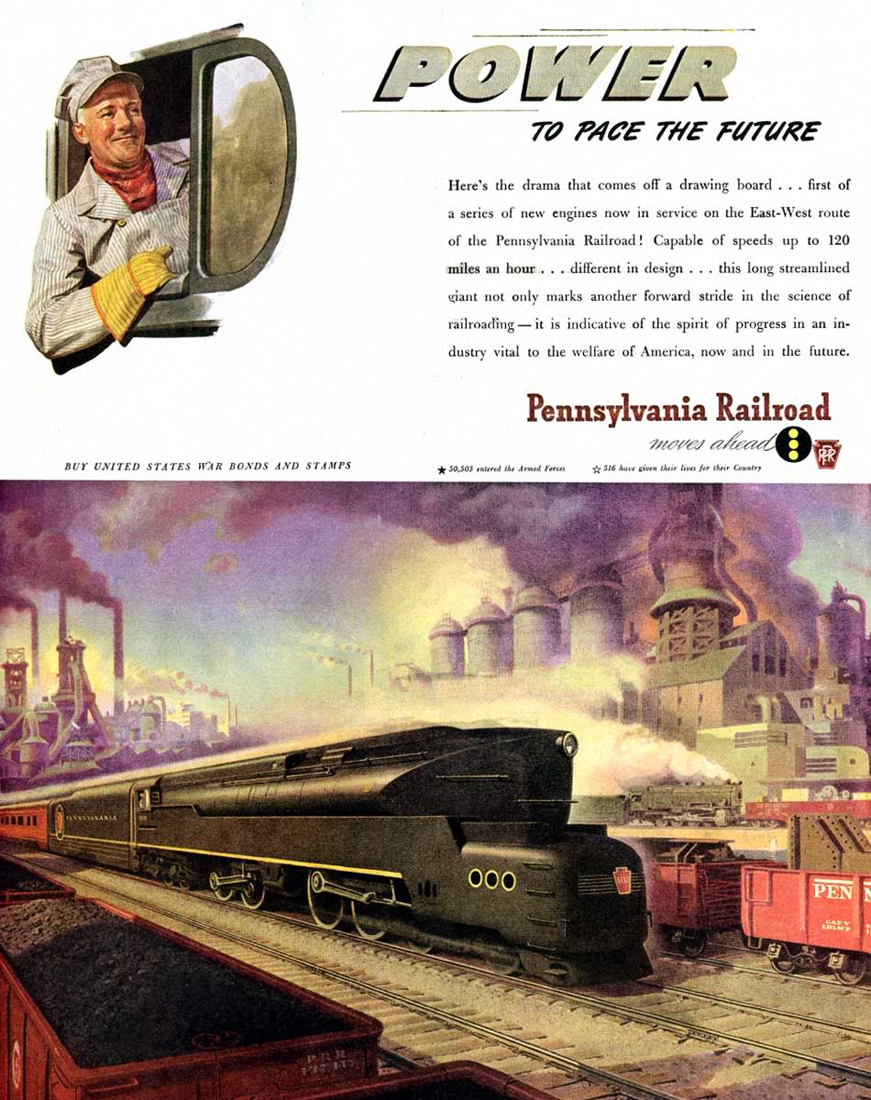 From the 1940s, forward the St. Louisan fielded a consist including reclining seat coaches, numerous sleepers, lounge, diner, and a heavy assortment of head-end mail/express.

It also utilized one of the PRR's rare baggage-dormitories, which were acquired after World War II from American Car & Foundry.  The cars were split, partially providing a standard baggage compartment with the rest of the space reserved as sleeping quarters for the crew.

While the train always ran with good equipment it was predominantly a mix of rebuilt heavyweight cars (either completely streamlined or appearing largely as-built) and prewar lightweights (sleepers).  As always, the modernized cars came from the Pennsy's fabled Altoona Car Shops.

(The below St. Louisan timetable is dated effective circa 1952.) 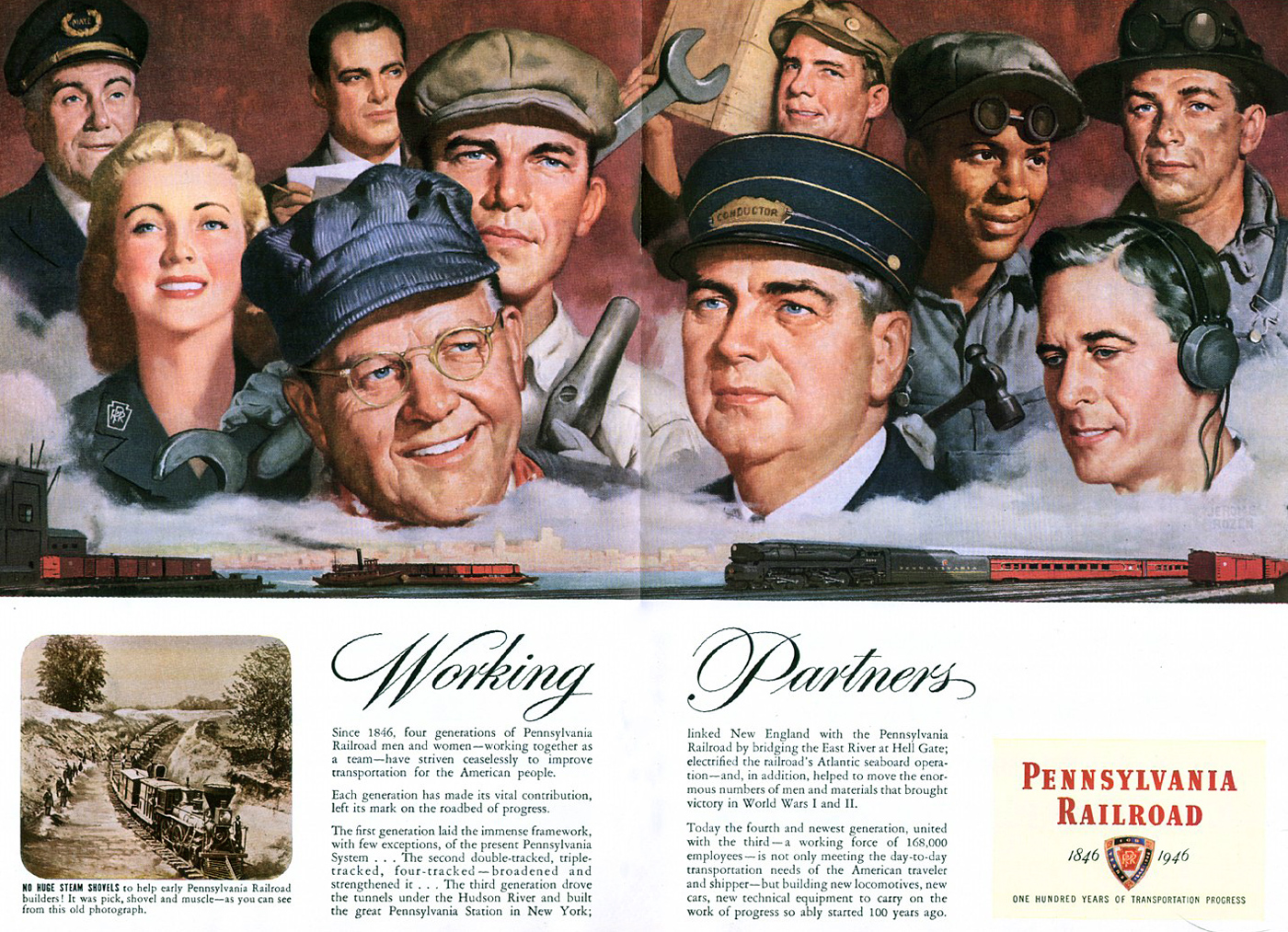 The 1950s did not bode well for the Pennsylvania as its massive passenger operations, which lost money every year after 1946, crippled the company's bottom line.

In an effort to downsize secondary trains were combined or removed while primary trains were left in place.  This was the case for the St. Louisan as its market was already served by two other notables, the Penn Texas and Spirit.

On February 22, 1956 eastbound #32 was cutback no further east than Pittsburgh, and its remaining cars (a sleeper, coach, and sleeper-bar-lounge) were handled from then on by the Pennsylvania Limited.  A few months later on April 26th, westbound #33 was canceled altogether.  The practice of #32 continued for a few more years until it was quietly dropped from the timetable during the mid-1960s.