Massachusetts Railroads In "The Bay State"

Railroads of Massachusetts, like most of the Northeast are defined by mountainous, stiff grades, and coastal operations.

Although the Bay State has never had more than a few thousand miles of railroad it is the first to have a railroad operating within its borders, dating back to before the Baltimore & Ohio was chartered.

While this early railroad did not initially use anything more than horse and gravity for power it successfully carried on in its original capacity for more than a century.

Railroads in New England enjoy a rich history and are recognized as the first placed into service anywhere in the United States.

Over time, the state was blanketed with rail lines serving its largest cities and important manufacturing centers.

Additionally, Massachusetts boasted a number of the Northeast's "classic" lines because of Boston and its importance in both freight and passenger traffic.

Today, Massachusetts is home to one operating Class I railroad, two important regionals (Class IIs), a number of short lines, and Amtrak's very busy Northeast Corridor (NEC), which terminates in Boston (this part of the NEC was originally constructed and owned by the New York, New Haven & Hartford). 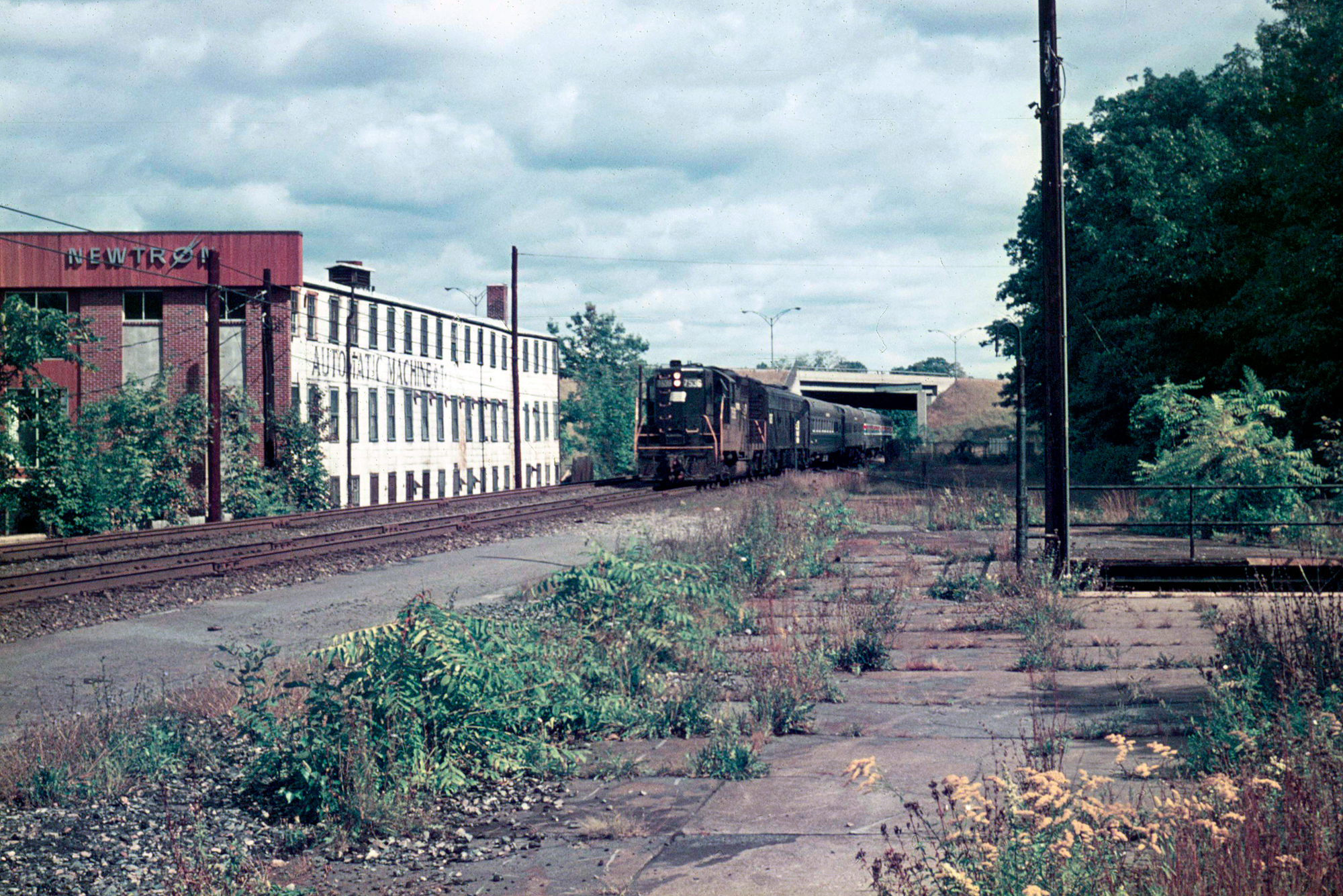 Massachusetts railroads date all of the way back to 1826 when the Granite Railway was chartered on March 4th of that year.

While not the first common-carrier railroad in the United States (which belongs to the B&O) the Granite Railway is distinguished as the first commercial railroad to develop into such without ever being closed or going bankrupt.

At 10,565 square miles, Massachusetts ranks 44th in size of all 50 states.  Despite this, railroads could be found everywhere in the state, from Cape Cod to the Berkshire Mountains.

Historically, Massachusetts is recognized as the first state to operate a railroad (Granite Railway) in 1826.  By 1840, the Bay State already contained 301 route miles.

Most remember the Boston & Maine as providing much of the rail service here, along with the Boston & Albany and New York, New Haven & Hartford.

However, numerous systems dotted Massachusetts prior to the 20th century with names like the:

And even some of these railroads had predecessors!  The New England railroad scene has a fascinating and dizzying history of names and companies.

Nearly all of the 1,000+  miles of abandoned railroads across Massachusetts were operated by one of the above-mentioned companies.  It is rather sobering and abandoned lines can be found scattered all across the state.

This little railroad was designed by Gridley Bryant and initially built to move granite (hence its name) for the Bunker Hill Monument, hauling the stone from Quincy to the Neponset River at Milton.

At just three miles in length and using a five-foot gauge it began operations the same year it was chartered on October 7th using horses to pull the carts of stone. Four years later in 1830 an addition was added using an incline railway system.

Amazingly, this little railroad remained in use until the early 1940s.

Today, the Granite Railway is partially preserved with the incline as part of the National Register of Historic Places and over two miles of the original right-of-way is now a rail/trail.

In the succeeding years following the Granite Railway's opening, Massachusetts would boast several of the Northeast's most well known railroads, most of which built into the Bay State to reach the burgeoning port city of Boston.

In 2020, Pan Am was acquired by CSX, furthering the Class I's portfolio across New England. 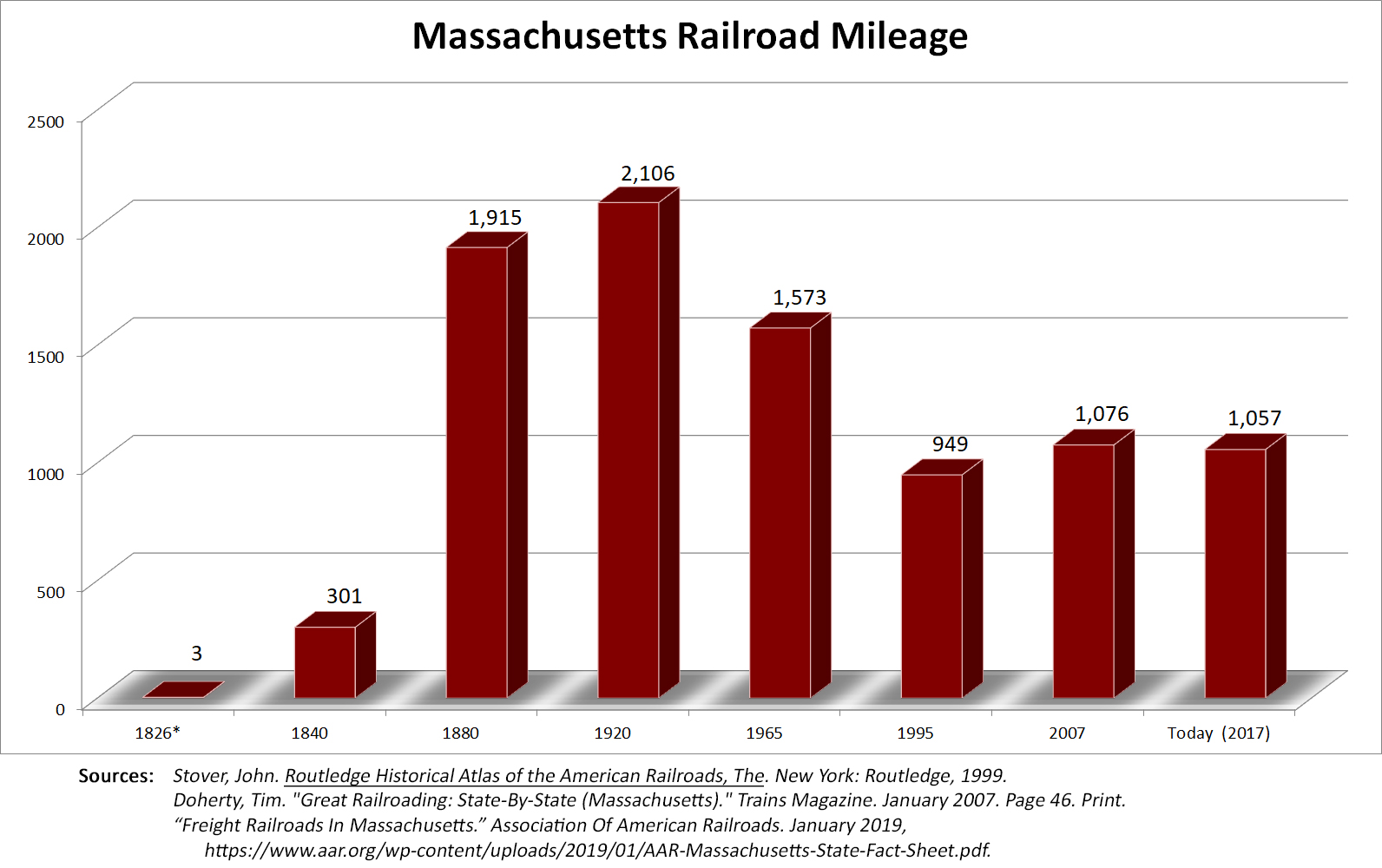 * Massachusetts was home to the first railroad actually put into service in the United States, the small Granite Railway which opened 3 miles in 1826.  It was purpose was singular, to transport granite between Quincy and the Neponset River at Milton to build the Bunker Hill Monument (completed in 1843).

The system, which initially utilized horses, proved successful and remained in use after the monument's completion.  It was later acquired by the Colony & Newport Railway which itself wound up as part of the New York, New Haven & Hartford.

Altogether, these railroads along with Amtrak and the MBTA operate just over 1,000 miles of track throughout the state although during the industry's "Golden Age" Massachusetts boasted just over 2,100 miles.

Since the 1920s the state has seen its rail network decline by 49%, which, while a staggering amount is actually about average for most states. 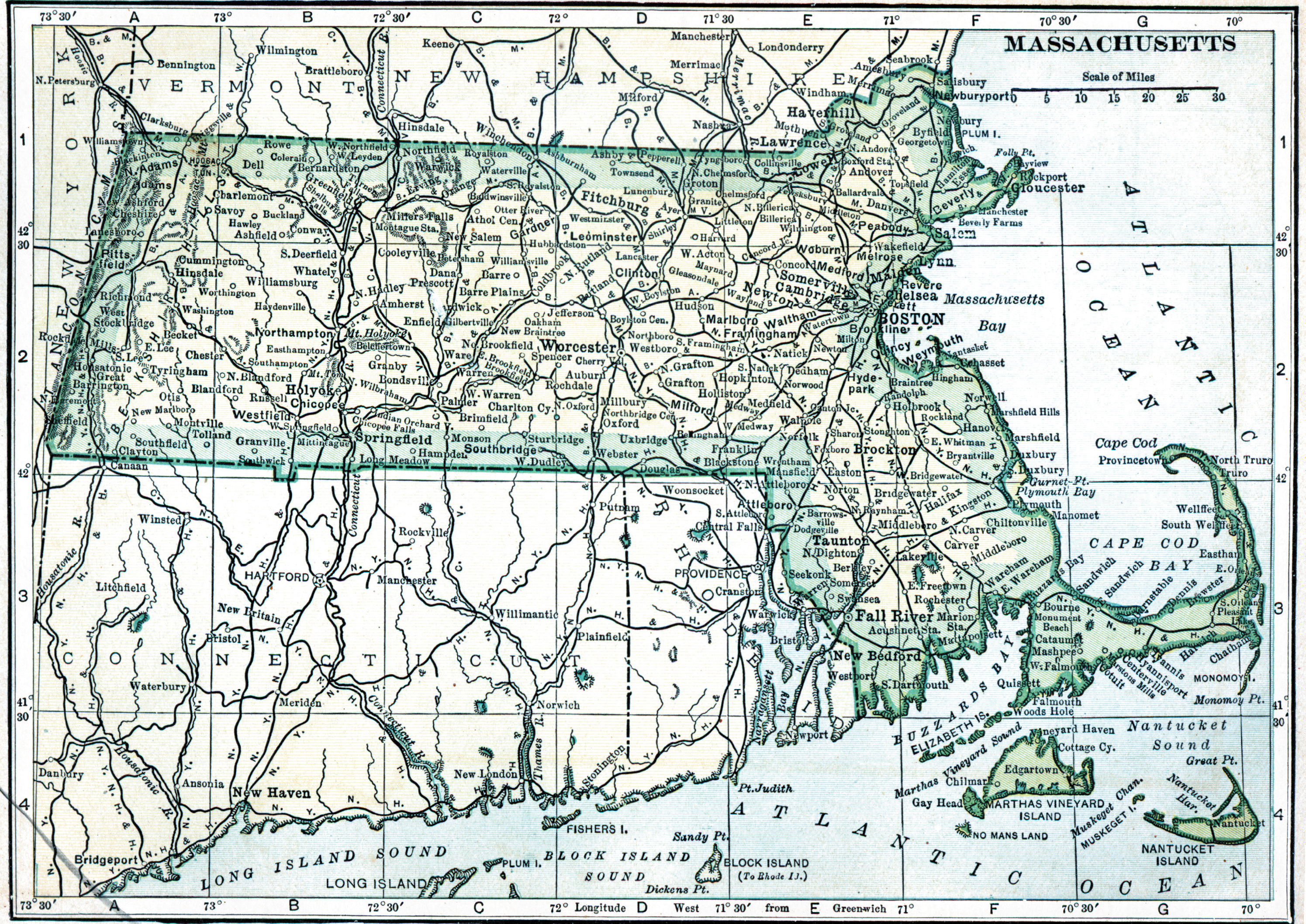 A Massachusetts railroad map from 1909 illustrating the state's peak mileage. Note the heavy concentration of Boston & Maine and New Haven lines while the Boston & Albany also maintained a corridor into Boston. Author's collection.

In any event, for a more detailed look at Massachusetts in terms of route mileage over the years please have a look at the chart above.

Passenger trains today continue to be an important part of the Massachusetts rail system with the ex-New Haven Railroad main line to Boston serving as Amtrak's Northeast Corridor (Massachusetts is also home to longest stretch of high-speed rail in the U.S., totaling 10.5 miles at 150 mph).

Amtrak trains such as the Vermonter, and Downeasters also serve the Bay State. 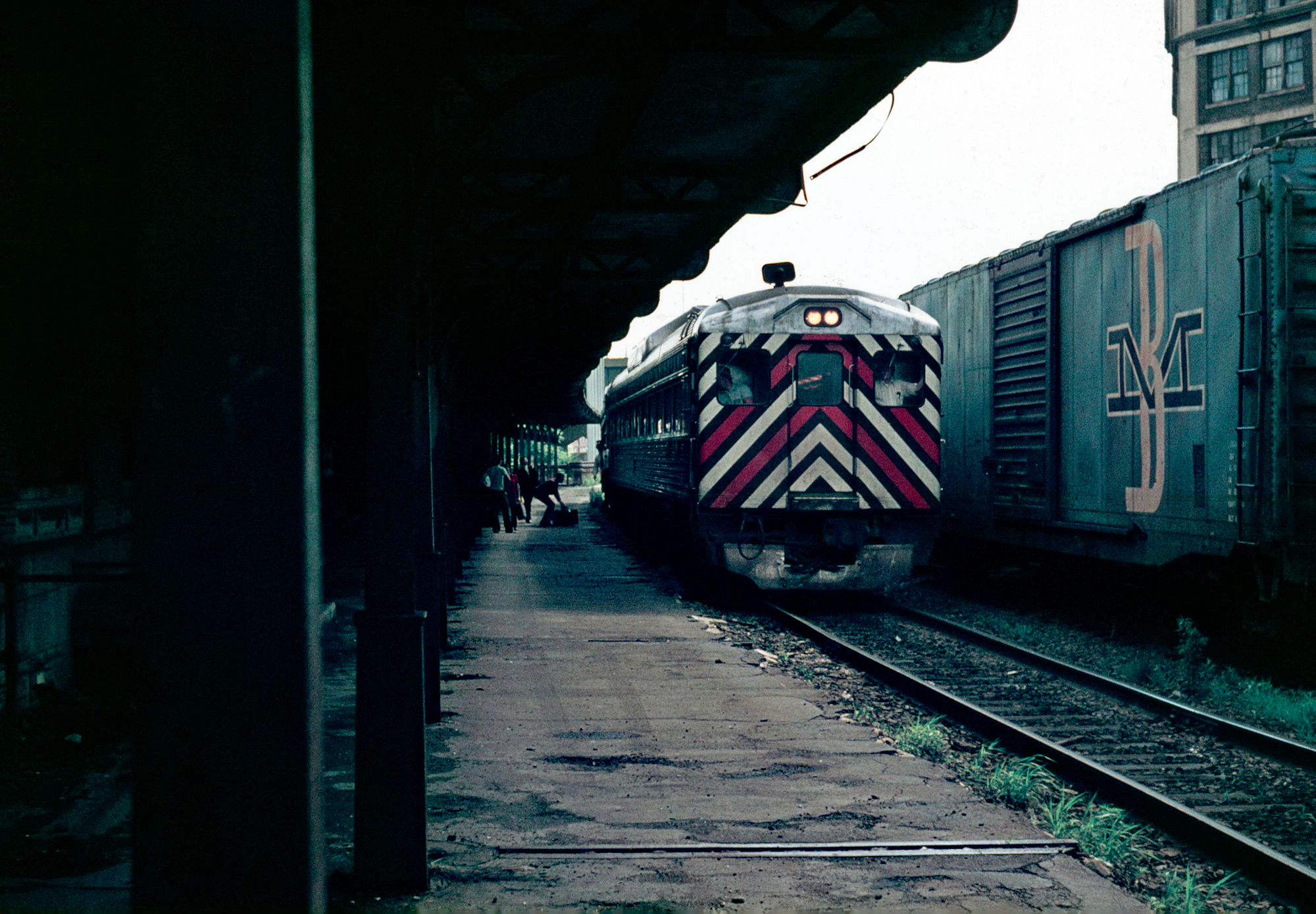 Passenger and freight operations aside, Massachusetts is also home to a number of railroad museums and excursion trains, like the very popular Cape Cod Central Railroad.

So, whether you are interested in high-speed passenger trains or bucolic local short line railroads, Massachusetts offers a bit of everything. And, if you tire of that then be sure and stop by one of the state's many railroad museums to learn more about its history.