The Manhattan Limited was a secondary, PRR train serving the busy New York to Chicago corridor, one of numerous services on the railroad in that particular market.

It ran behind flagship Broadway Limited and was widely patronized by those who were either not in a hurry to arrive at their intended destination or on a budget while traveling.  The train's history dated back to the early 20th century and during its peak years ran with numerous sleepers within its consist.

Similar to the long-lived Pennsylvania Limited, even as the PRR cutback services as ridership fell away after World War II the Manhattan Limited remained on the timetable.  It went on to outlive is parent and was finally discontinued when Amtrak began service on May 1, 1971.

The Manhattan Limited first appeared on Pennsy's timetable around 1903 and from an early date was advertised as an "All Pullman" train.

The hotly competitive Chicago - New York was fought over by four major trunk lines including the Baltimore & Ohio, Erie, New York Central, and Pennsylvania although the latter two systems were certainly a cut above their counterparts given their superior routes and available resources. 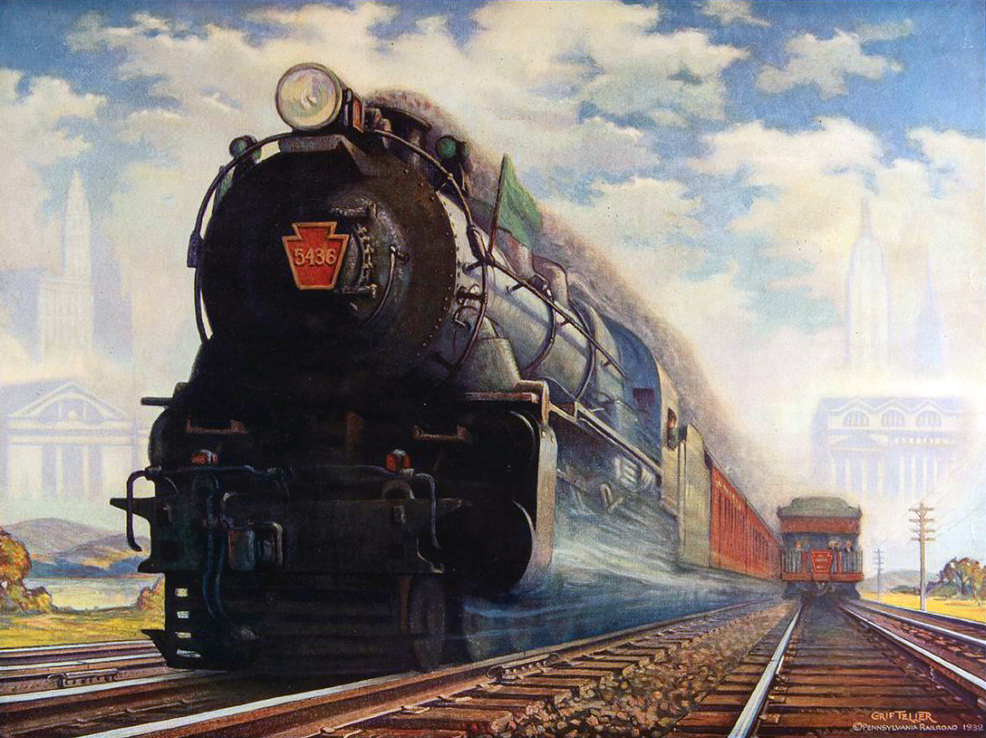 In time the PRR provided no fewer than a dozen trains in each direction between the two cities according to Joe Welsh's book, "The American Railroad: Working For The Nation."  Many of these were part of the so-called "Blue Ribbon" fleet (a consortium of 28 trains the railroad considered its very best), of which the Manhattan Limited was included.

However, from a service standpoint the train was the slower, less prestigious version of the Broadway offering numerous additional stops along the way which the latter did not provide.

During the height of rail travel in this country such a train actually saw strong ridership for just this very reason.  While the Broadway ran a schedule of exactly 15 hours to complete the 907-mile trip the Manhattan required nearly two additional hours to cover the same territory.

For instance, the westbound #23 would depart New York's Pennsylvania Station during mid-afternoon just before 3 PM while the eastbound #22 left Chicago's Union Station at around noon (by comparison the Broadway left its respective cities after 3 PM in each direction).

Over the years this schedule was changed slightly.  A 1956 PRR timetable notes the Manhattan departing Chicago a half-hour earlier at 11:30 AM and New York more than an hour earlier at 1:05 PM.

By the solemn Penn Central era there were more departure changes as the train leaving New York at around 1:30 PM and Chicago at 11:00 AM.

According to Harry Stegmaier, Jr.'s book, "Pennsylvania Railroad: Passenger Trains, Consists & Cars - 1952 Volume I," some of the Manhattan Limited's stops not provided by the more prominent trains included Huntingdon and Mt. Union in Pennsylvania, Van Wert and Wooster in Ohio, and Warsaw, Indiana.

Aside from its more flexible service the Manhattan was meant to provide travelers with different departure and arrival options apart from the other notable trains.

Additionally, until the inauguration of the Washington-Broadway Limited during the 1920s (and later the Liberty Limited) the Manhattan carried through sleepers running to Chicago via Washington, D.C. (picked up at Harrisburg) according to Joe Welsh's book, "Baltimore & Ohio's Capitol Limited And National Limited." 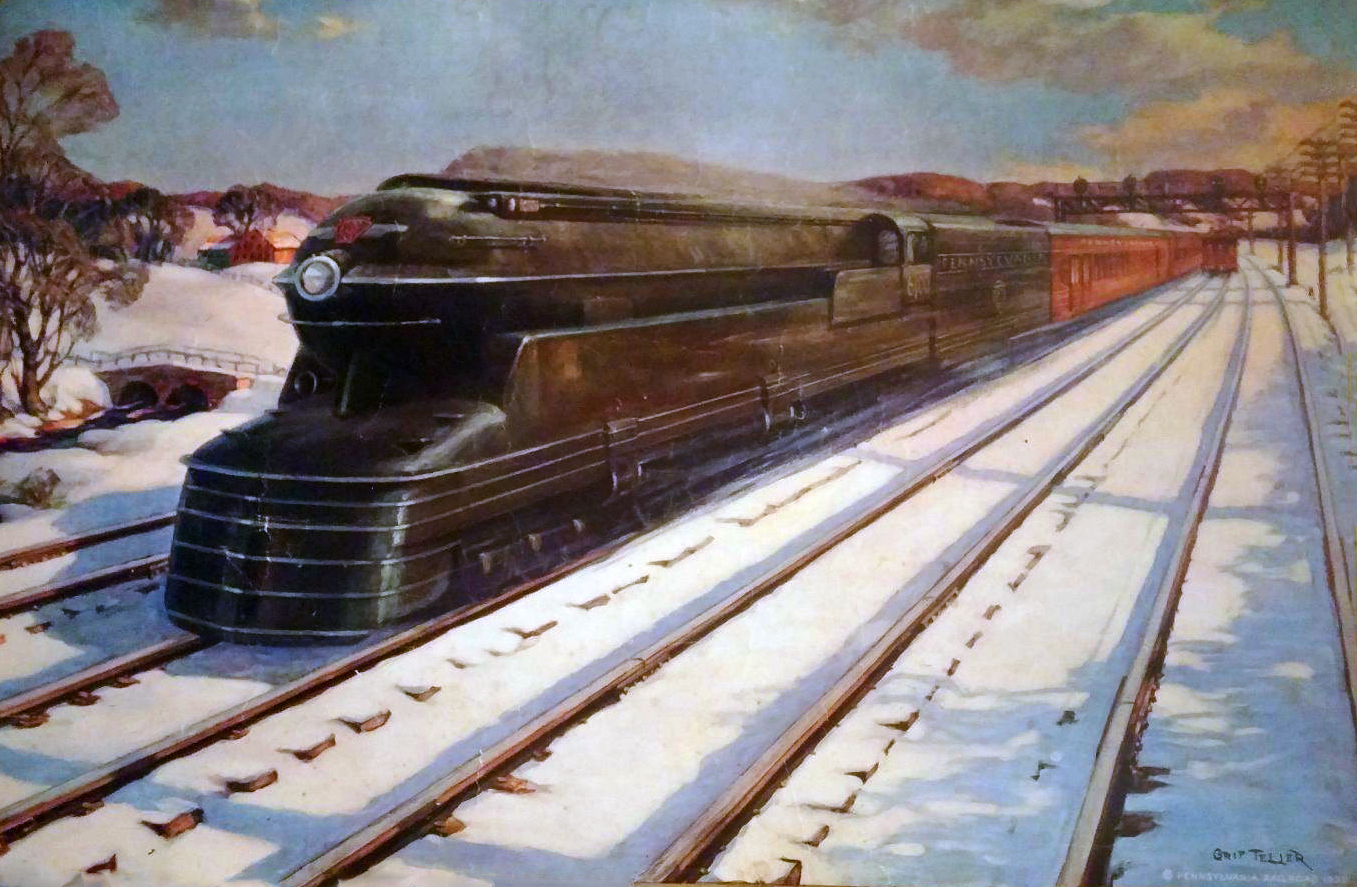 A typical consist, as to be expected, included several sleepers along with reclining seat coaches, a diner, and sleeper lounge.  The Manhattan also carried considerable head-end, mail and express cars.

By the mid-1950s such accommodations had not changed considerably as it still offered five sleepers with roomette, double-bedroom, and duplex-room accommodations (two ran the length of the trip while the other three operated only between Pittsburgh and Chicago).

There was also full dining service, a lounge-café-coach, and the eastbound leg also provided an additional standard lounge.  However, as the 1960s dawned the Pennsy's once proud passenger fleet was in a perpetual state of decline.

According to Joe Welsh's book, "Pennsylvania Railroad's Broadway Limited," in 1964 the canceled Pittsburger's former sleepers were transferred to the eastbound Manhattan Limited (the westbound cars were picked up by the Pennsylvania Limited).

(The below Manhattan Limited/Golden Triangle timetable is dated effective April 29, 1956.) 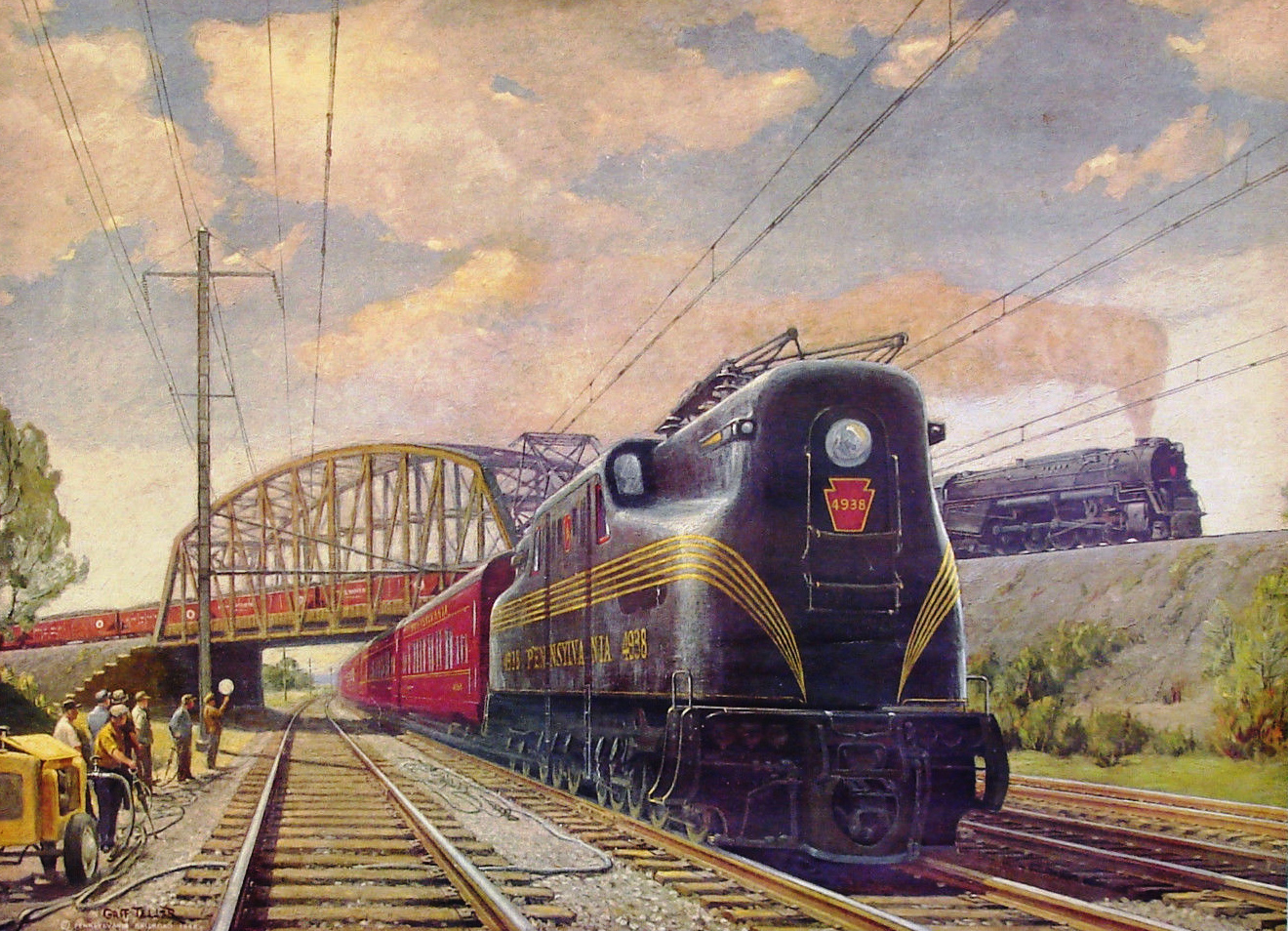 During the Penn Central era, which began in early 1968, the railroad operated three principal trains to Chicago including the Broadway Limited, Pennsylvania Limited, and Manhattan Limited (there was also the remaining eastbound version of the Admiral, train #50, that survived until Amtrak).

For a time the Manhattan continuing providing sleepers in both directions but by 1969, according to the Penn Central's timetable, only eastbound #22 was still offering such service.

During the train's last few years in operation, however, it carried little more than reclining seat coaches, a snack bar coach, and whatever head-end mail/express still remained.  The Manhattan Limited made its final run on April 30, 1971.