One of the more unique wheel arrangements to be applied to a steam locomotive was the 4-8-0 twelve wheeler, also recognized as a Mastodon for one of the first railroads to operate it.

The design found use among several Class I railroads across the United States, Mexico, and Canada, such as the Illinois Central, Missouri Pacific, and Norfolk & Western.

However, in general the locomotives were relatively rare when compared to other wheel arrangements of the time like the 4-4-0 American, 4-6-0 Ten Wheeler, 2-6-0 Mogul, and 2-8-0 Consolidation.

The 4-8-0 was meant to be a more powerful replacement for some of aforementioned designs, notably the American and Ten Wheeler, and was primarily manufactured between 1890 and 1900 although some designs were built as late as the 1920s.

Unfortunately, the Mastodon never really gained popularity among U.S. railroads and most were retired by the 1920s or 1930s. Today, there are six examples of this wheel arrangement preserved; all are of Norfolk & Western heritage except for Southern Pacific #2914 at the Kern County Museum in Bakersfield, California.  You can also catch one still operational, Norfolk & Western #382 at the Strasburg Rail Road in Pennsylvania. 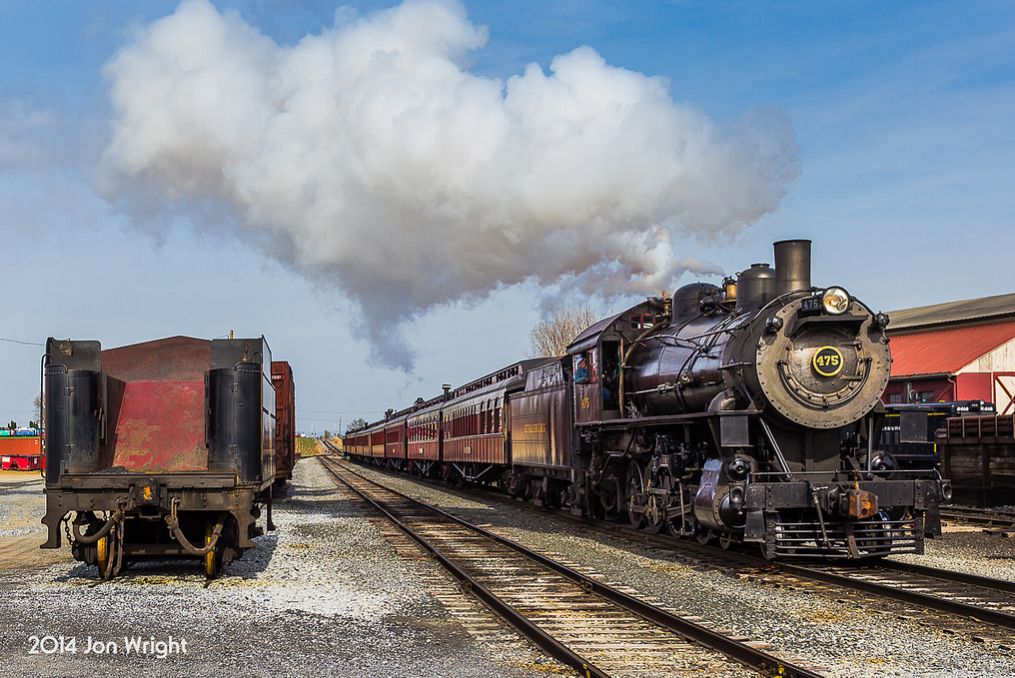 The history of the twelve wheeler can be traced as far back as the Baltimore & Ohio Railroad prior to the Civil War. In 1855 the B&O began construction of the Centipede, a 4-8-0 camelback design.

The locomotive did not actually begin service until late into the war but it proved to be successful enough for the company that it remained in use for nearly 20 years. The first true standard design of a 4-8-0 was not built until 1882 when the Central Pacific/Southern Pacific began testing its Mastodon.

This name stuck and became the common term for the wheel arrangement aside from the twelve wheeler. When tested the Mastodon was operated in the steep Sierra Nevada Mountains of California on the CP/SP and the railroad quickly realized that the 4-8-0 could out pull its smaller rivals of the time, the American and Ten Wheeler.

The SP went on to operate numerous 4-8-0s and the original 1882 units were listed as Class TW-4, numbered 51-75. They could produce 29,143 pounds of tractive effort and as with virtually all twelve wheelers was designed for use in freight service.

In all the SP rostered well over 100 units, one of the most of any line. While the 4-8-0 was technically designed from the popular 2-8-0s of the time it was meant to be a more powerful freight unit that would replace the common wheel arrangements mentioned above to become the standard of the era. 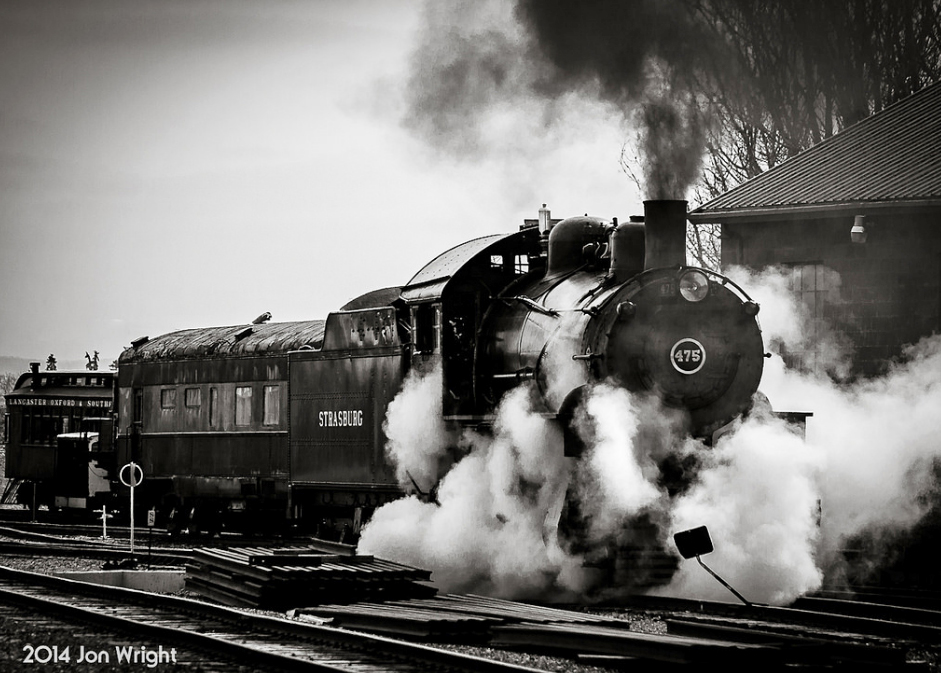 Another view of Norfolk & Western #475 as it readies to begin the day on the Strasburg Railroad on April 18, 2014. Jon Wright photo.

One of the largest twelve wheelers ever built was for the Laurel & Tullahoma Western, a logging line in the state of Mississippi. The L&TW owned only one, #67, built by the Baldwin Locomotive Works in 1911

The locomotive could produce more than 38,000 pounds of tractive effort while its incredibly long wheelbase of nearly 58 feet enabled it to operate on rail as light as 64 pounds (this was quite important considering that most logging operations only used light "stick" rail to reduce costs and keep production moving from one timber site to the next).

However, in terms of size and power for the mastodon the Norfolk & Western was the clear leader in this regard. Starting in 1906 the railroad began taking delivery of 4-8-0s from Alco and Baldwin listed as Class M and numbered 375-499. 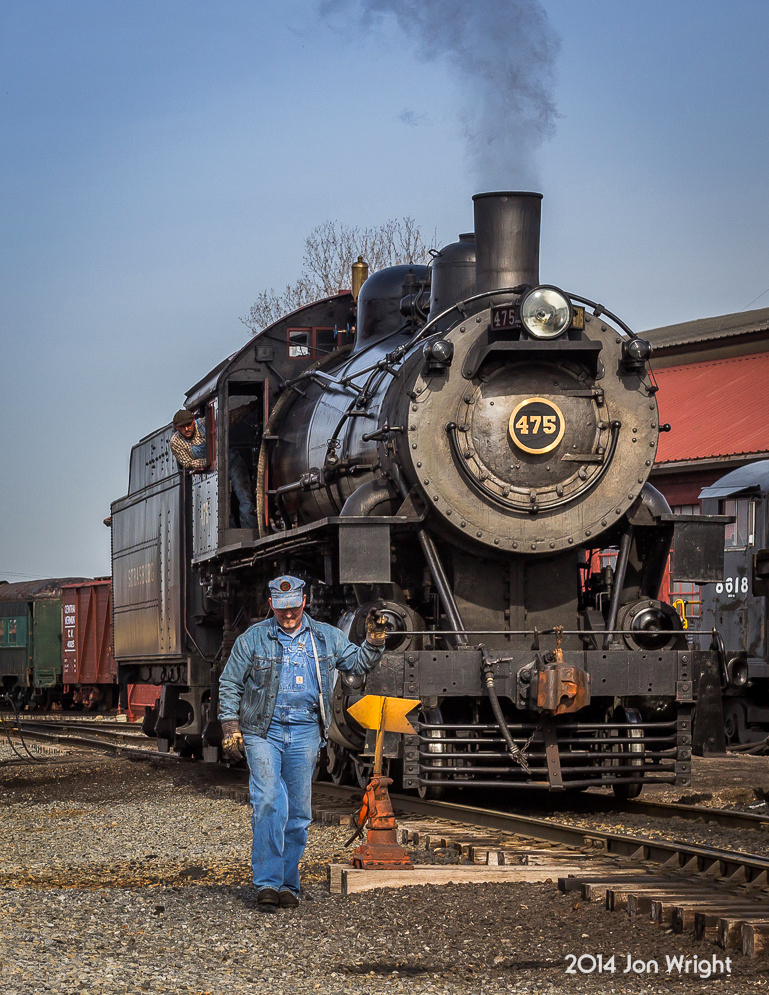 The N&W came to regard them as Mollies and were very pleased with their ability to pull and overall smooth riding quality. A year later the railroad began receiving Class M1s, numbered 1000-1099, which were neither as large nor as powerful as their earlier counterparts.

It was the Class M2s of 1910 that gave the N&W the recognition of owning the largest and most powerful twelve wheelers. These locomotives, numbered 1100-1160, weighed between 428,600 and 447,030 pounds (with superheaters) and could produce over 50,000 pounds of tractive effort. Due to their extreme weight the 4-8-0s could only operate on rail between 90 and 100 pounds.

Unfortunately, despite their power the railroad came to dislike their M2s; the steamers had a poor riding quality and had trouble holding steam due to a proportionately small firebox. 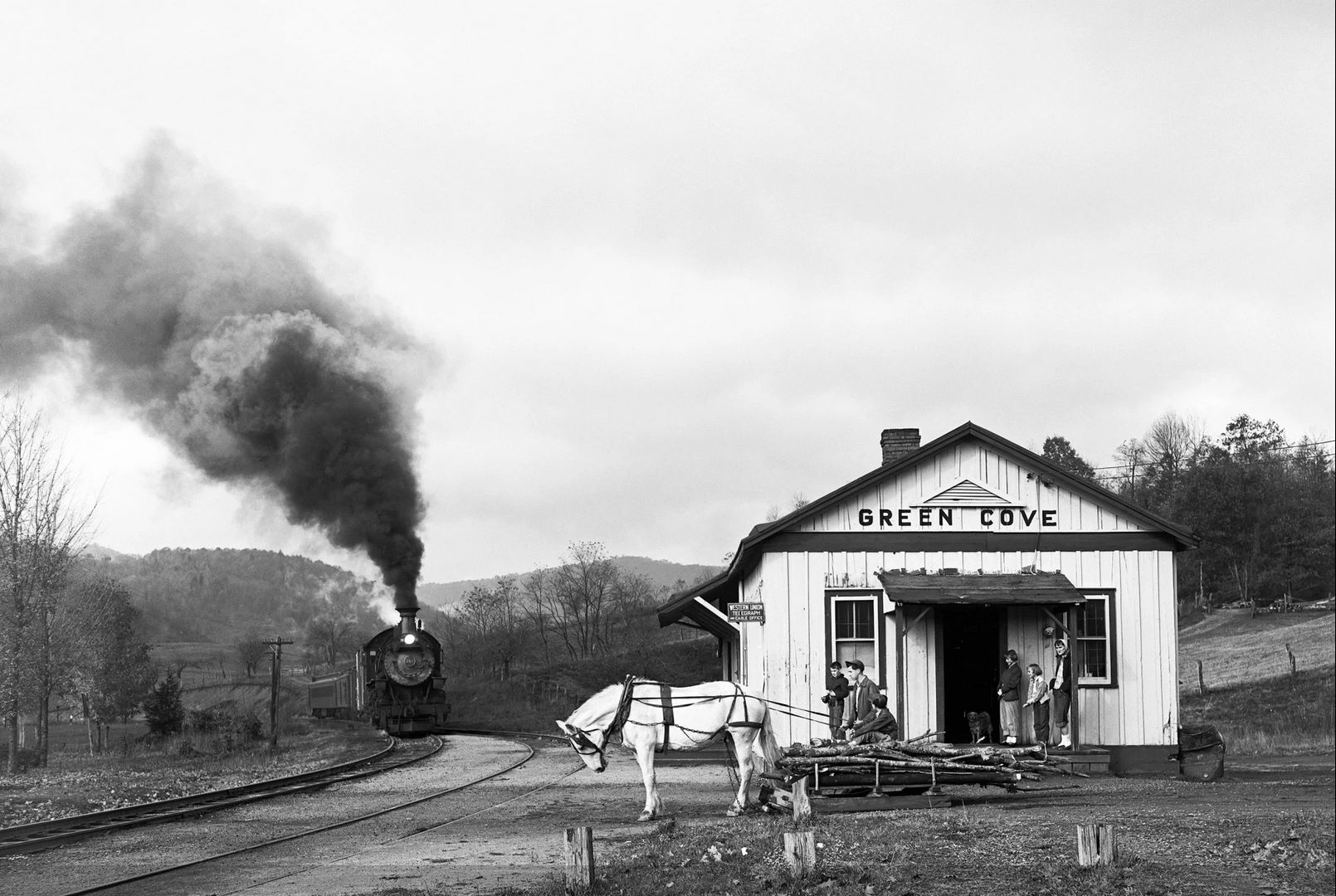 "Old Maude Bows To The Virginia Creeper." Norfolk & Western Class M 4-8-0 #382 steams along the Abingdon Branch with Train #201 about to stop at the small depot in Green Cove, Virginia as the mare "Maude" waits somewhat impatiently with her load of oak on October 27, 1956. O. Winston Link photo.

While the M2s were problematic most of the N&W's 4-8-0s went on to operate for many years and were slowly retired in the 1930s and 1940s as newer power completely replaced them on the roster (remember that the N&W did not abandon main line steam operations until the late 1950s).

Today, one 4-8-0 is still operational, Norfolk & Western Class M #475 on the Strasburg Railroad.