For many years travelers were treated to the luxuries of numerous long-distance trains serving the vacationer's market between the Northeast and Deep South.

The Atlantic Coast Line once fielded a wide range of such services, both seasonal (such as the Miamian, Vacationer, and premier Florida Special) as well as year-round, noteworthy of which was the crack Champion.

The Miamian was never considered as opulent as the Special but it did provide a fine number of accommodations and was well-patronized for many years.  It originally featured an entirely heavyweight consist but later fielded lightweight, stainless-steel cars during the streamliner era.

While the ACL's trains remained popular for many years, longer than most, it began cutting back services in response to declining ridership.  The Miamian would make its final run during the early 1960s.

The Atlantic Coast Line reached Florida in 1902 after acquiring the large Plant System while Jacksonville became its primary southern terminus for its East Coast services of Florida, in conjunction with the Florida East Coast (until 1963).

The ACL already had a long-established seasonal train to the Sunshine State by way of the New York & Florida Special (later shortened to the Florida Special).  By the Roarin' '20s the railroad had two additional such trains added to the timetable which included the Gulf Coast Limited and Miamian (the Vacationer was later inaugurated in the late 1930s). 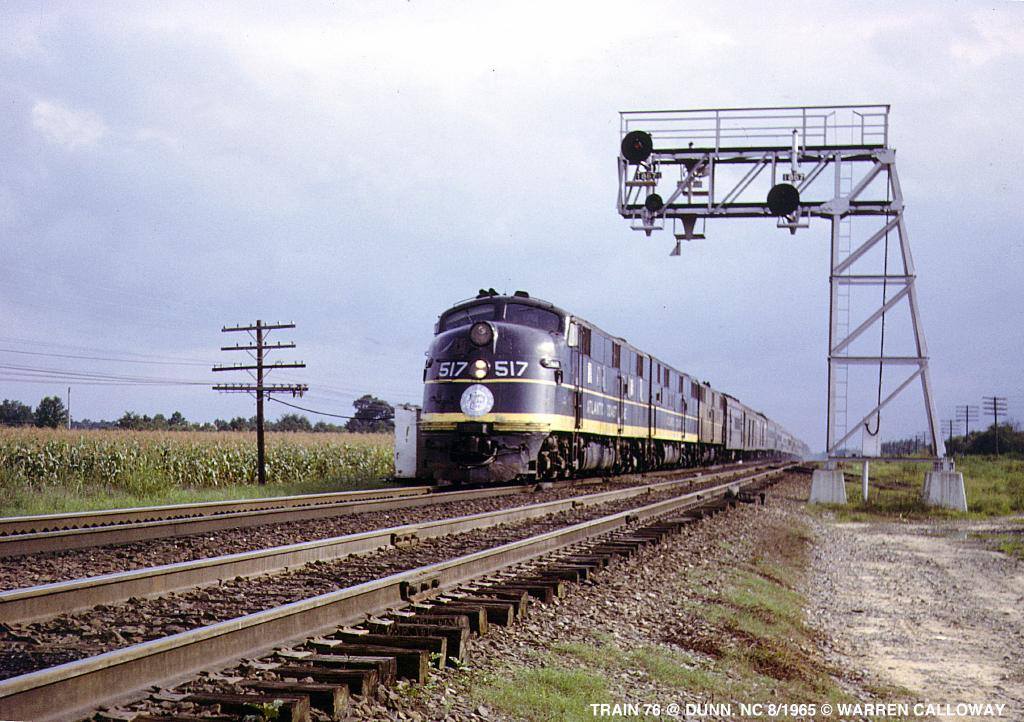 For most of their time in service, unlike the Special these trains were never provided all-Pullman status.  However, they did provide travelers a mix of coach and first-class accommodations via heavyweight consists, often using 4-6-2 Pacific's in the steam era.

The Miamian was listed as trains #7 (southbound) and #8 (northbound).  During its early years the train departed New York's Pennsylvania Station around mid-morning and arrived in Miami the next evening after 7:00 PM.

At the time it offered a schedule of "33 3/4 Hours" with "De Luxe Service And No Extra Fare" according to the December 1, 1927 edition of the Miami News.  However, by the age of diesels and streamlined equipment the Coast Line had cut the schedule significantly, down to under 25 hours.

According to Larry Goolsby's book, "Atlantic Coast Line Service: The Postwar Years," the ACL's winter service varied but normally ran between December and May (later changed to late April) when demand was at its highest for vacationers looking to escape the cold weather of the Northeast.

A History Of The Atlantic Coast Line

In 1938 the railroad took delivery of twelve new Class R-1 4-8-4s (on the Coast Line they were known as 1800s).  These powerful steam locomotives initially were the ACL's answer to newfangled streamliner technology then hitting the nation.

While rival Seaboard later successfully demonstrated just how popular the colorful, lightweight, diesel-powered consists could be the 1800s nevertheless proved worthy at their task of moving heavyweight consists of 20 cars entirely on their own without the need of double-heading.

Following SAL's lead, ACL put its new Champion into service in early 1939, which likewise proved popular and convinced the company to launch more streamliners.  When World War II broke out the Miamian, Vacationer, and Florida Special were all discontinued following the end of the 1941-1942 season. 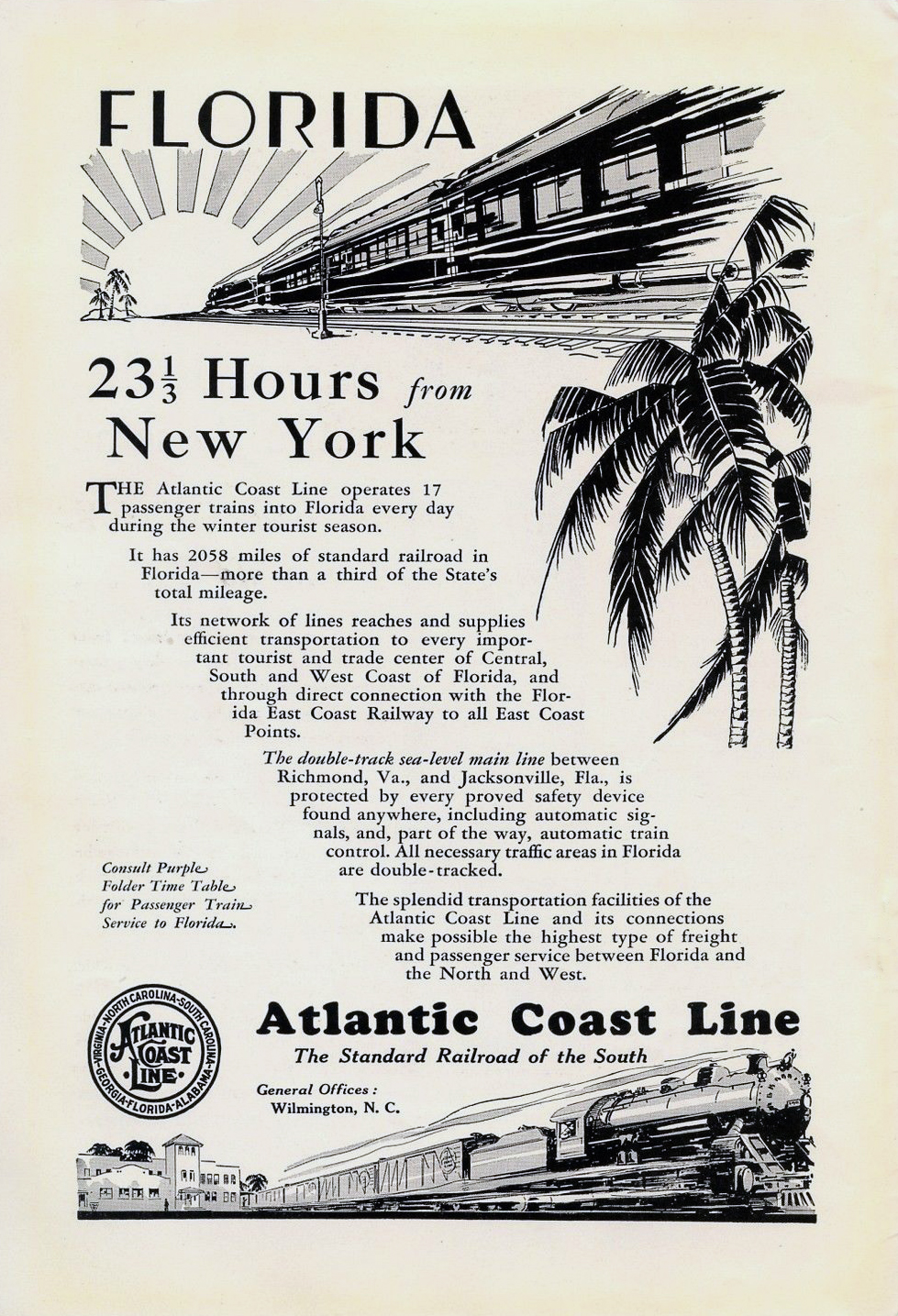 The 1940s witnessed ever-increasing numbers of sleek, purple and silver diesels; first Electro-Motive E6s and then later E7s (during the 1950s E8s and FP7s also arrived).

The ACL also had a batch of rare F2s, acquired in 1946, equipped with steam-generators for passenger service (there were also some GP7s available with this capability).

After the war was over the Miamian, Vacationer, and Florida Special all returned to the timetable on December 12, 1946 much to the delight of the traveling public.

Interestingly, according to Mr. Goolsby's book, a major change came to the Miamian with the release of the September 28, 1947 timetable when it was upgraded to "All Pullman" status after having briefly carried new lightweight coaches.  The streamlined equipment would return, however, for the 1951-1952 season giving the Miamian a lightweight-coach/heavyweight-Pullman consist.

(The below Miamian timetable is dated effective December 12, 1957.) 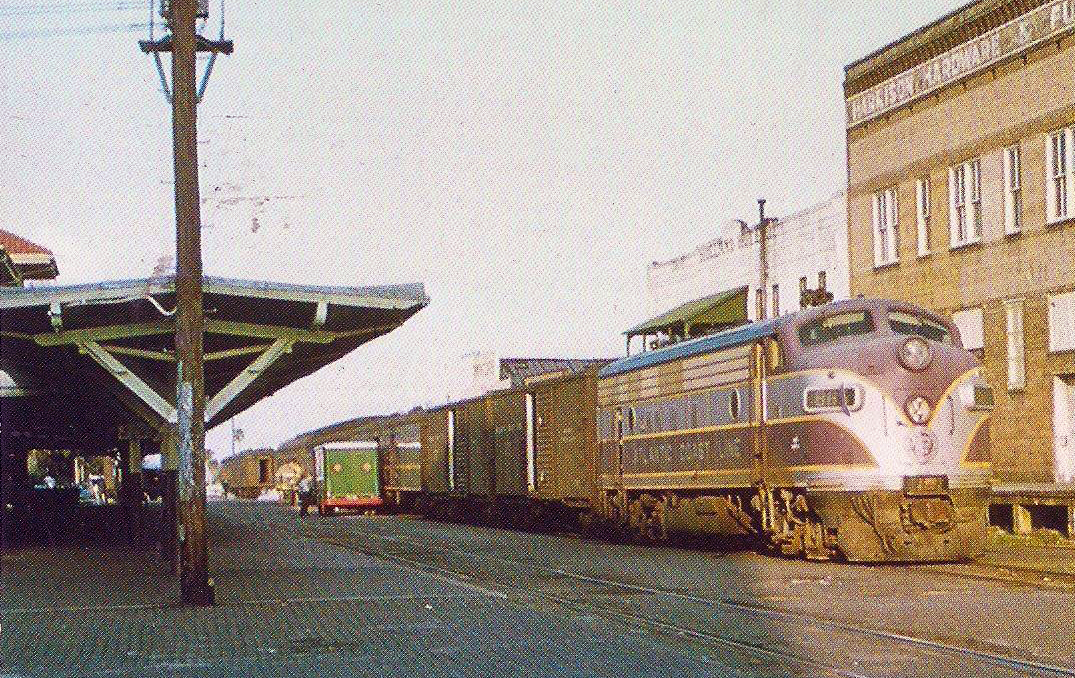 According to the Coast Line's 1957 timetable the Miamian's consist included a half-dozen reclining seat coaches (all reserved), as many as seven sleepers in a variety of accommodations (sections, double-bedrooms, drawing rooms, and compartments), a diner, and tavern-lounge.

That same year also witnessed the loss of ACL's gorgeous silver and purple livery under the new direction of president W. Thomas Rice which saw the scheme as expensive and maintenance-intensive.  It was dropped for a drab black with yellow trim.

While both the ACL and Seaboard witnessed relatively strong ridership to Florida throughout the 1950s and 1960s each recognized the slow losses encroaching as new highways and airline travel took away ridership.  In an effort to economize operations the Miamian did not return following the 1961-1962 season.