While often overlooked Montana actually contains an incredibly diverse history with railroads.  Its story begins with the narrow-gauge Utah & Northern, undertaken during the 1870's.

The state would later join the national rail network with Northern Pacific's arrival in the 1880's.  This company went on to establish the first transcontinental railroad to the Pacific Northwest.

The NP was followed by James J. Hill's Great Northern and, finally, the Chicago, Milwaukee & St. Paul (CM&StP) during the early 20th century.

The CM&StP, which later became the Chicago, Milwaukee, St. Paul & Pacific ("The Milwaukee Road"), may have been the last to reach Seattle but it blossomed into arguably Montana's most fascinating operation with an electrified main line west of Harlowton.

Alas, poor management and questionable decisions in later years (such as removing the electrification) resulted in its departure from the West in 1980.

There are also a handful of institutions which preserve its railroad heritage.  More information about each can be found below. 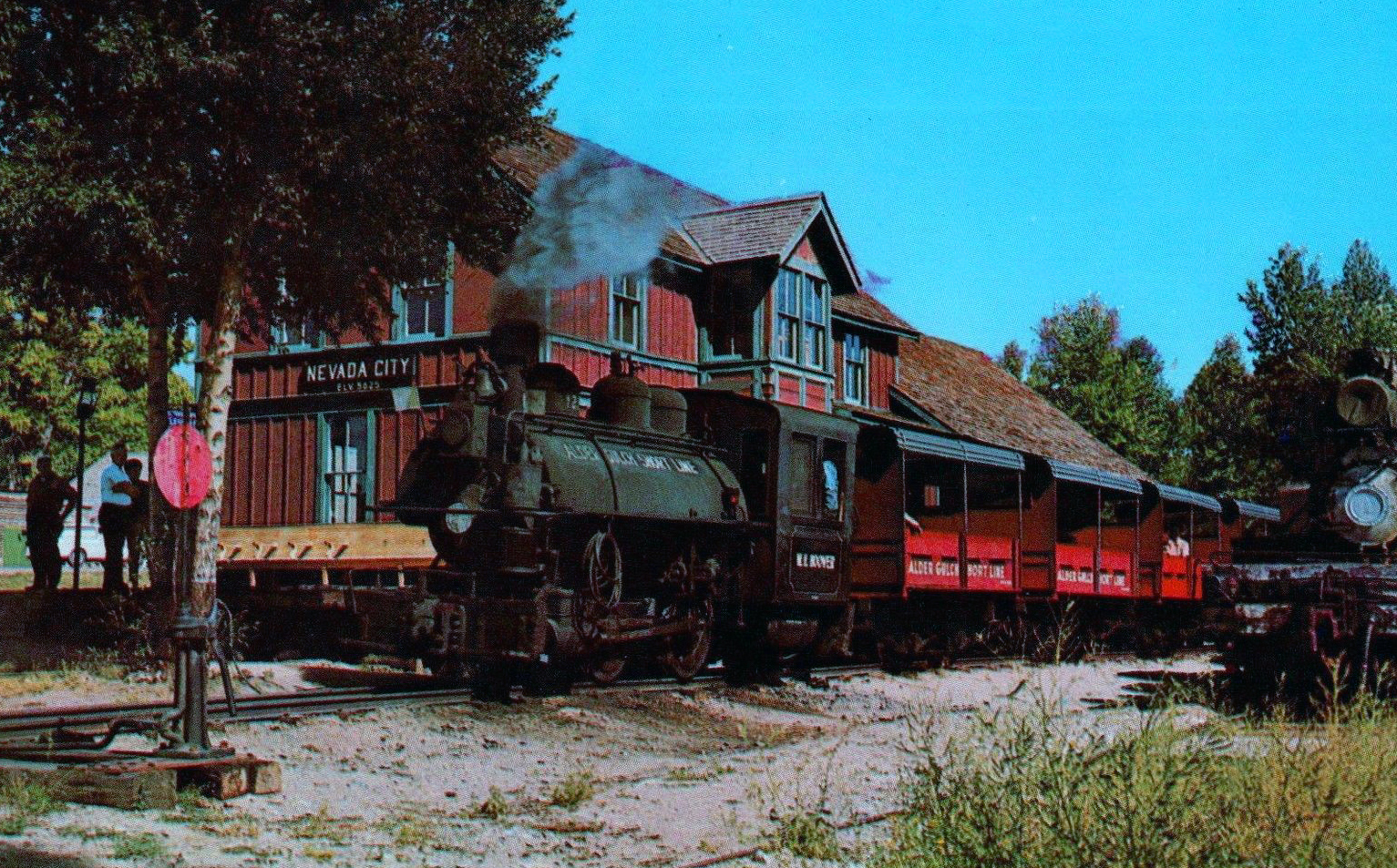 A Brief History Of Montana's Railroads

According to a Trains Magazine article published in January, 2007 entitled, "Great Railroading: State-By-State," the project began as the Utah Northern Railroad, chartered on August 23, 1871.

In his book, "American Narrow Gauge Railroads," author and historian Dr. George Hilton notes its purpose was to reach gold mines located near Butte and other points in Montana Territory's southwestern region.

A project of the Mormons, it was designed to bring funding into the church while also spreading its influence north of Utah.

Led by John W. Young, William B. Preston, and George W. Thatcher the UN was engineered as a 3-foot, narrow-gauge system to reduce construction costs.

Interestingly, they also chose the alignment due to the nearby Denver & Rio Grande's perceived success although this endeavor had only gotten underway itself.

Track construction began from Willard, Utah, south of Brigham City, on March 25, 1872 and proceeded northward.  The effort was very slow but rails finally penetrated Idaho at the small community of Franklin in the spring of 1874.

The financial Panic of 1873, though, proved its undoing.  While additional grading was completed no further tracklaying was carried out and construction stalled.

Between 1875 and 1878, mogul Jay Gould acquired control, leading to Union Pacific's involvement.  It was subsequently reincorporated as the Utah & Northern Railway (U&N) during April, 1878.

After another year the line was completed to Garrison in November, 1882, a location which became a future interchange point with the Northern Pacific.

Since Union Pacific had no interest in narrow-gauge operations, the entire property was converted over the years:

Union Pacific was the state's other noteworthy carrier.  It maintained only minimal service although the former U&N trackage did offer a single main line to Butte.

This corridor was even served by a notable train, the Butte Special.  To read more about it please click here.  As previously mentioned, it was the Great Northern, Northern Pacific, and Milwaukee Road that provided the greatest coverage.

All three not only maintained through routes but also considerable secondary, branch line trackage to serve the state's considerable agricultural industry.

Today, NP and GN have disappeared into the BNSF Railway while the Milwaukee Road is simply no more; following its 1977 bankruptcy and western retrenchment in 1980, it was acquired by the Soo Line in 1985.

According to John Stover's book "The Routledge Historical Atlas Of The American Railroads," Montana's mileage peaked at over 5,000 miles during the 1920's.

However, today, this number has shrunk to just 3,781 (served by eight different railroads) according to the Association of American Railroads, the industry's trade group. 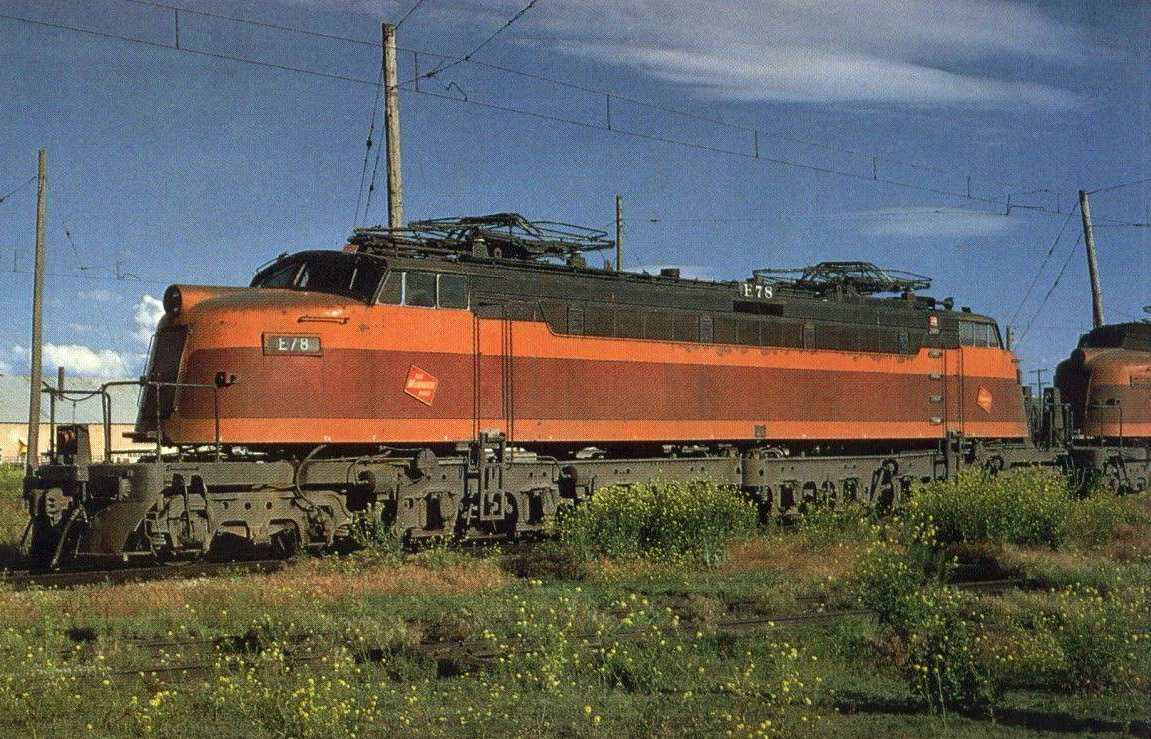 Without question this attraction is the state's most popular (and only) scenic train ride.

The Charlie Russell Chew-Choo utilizes a section of the former Milwaukee Road's Northern Montana Lines, taking passengers on trip from Lewistown to Denton (and back).

The entire trip covers about 56 miles and is the only such venue offered throughout the state, providing travelers unparalleled views of Montana's incredible natural beauty.

Please be aware that there are only select dates these trips are offered, typically once a month from Mother's Day through early October.

They are hosted by short line freight carrier, Central Montana Rail, Inc., which has been in operation since 1985.

During one part of the journey your train will cross the spectacular, 2,098-foot Judith River Viaduct near Denton.  It was damaged by heavy flooding in May, 2011 but was repaired and reopened during September, 2014 (at a cost of $3.9 million).

This organization's main purpose is to preserve the history of Missoula, how the city was created, and the heritage of the surrounding region.

As the museum states, the city got its start thanks largely to the U.S. Army's establishment of Fort Missoula in 1877.  A few years later the Northern Pacific, following the Clark Fork River, arrived from the east.

As a result, an efficient and fast means of transportation could be enjoyed by all, offering new economic opportunities.

During the early 20th century the Milwaukee Road would also reach Missoula, affording even greater possibilities.

While at the museum be sure and visit Anaconda Copper Mining Company 3-truck, Willamette #7 (70-ton) on display, a 1923 product of the Willamette Iron & Steel Works (very similar to the classic Shay geared locomotives).

There are also two other steam locomotives in Missoula: 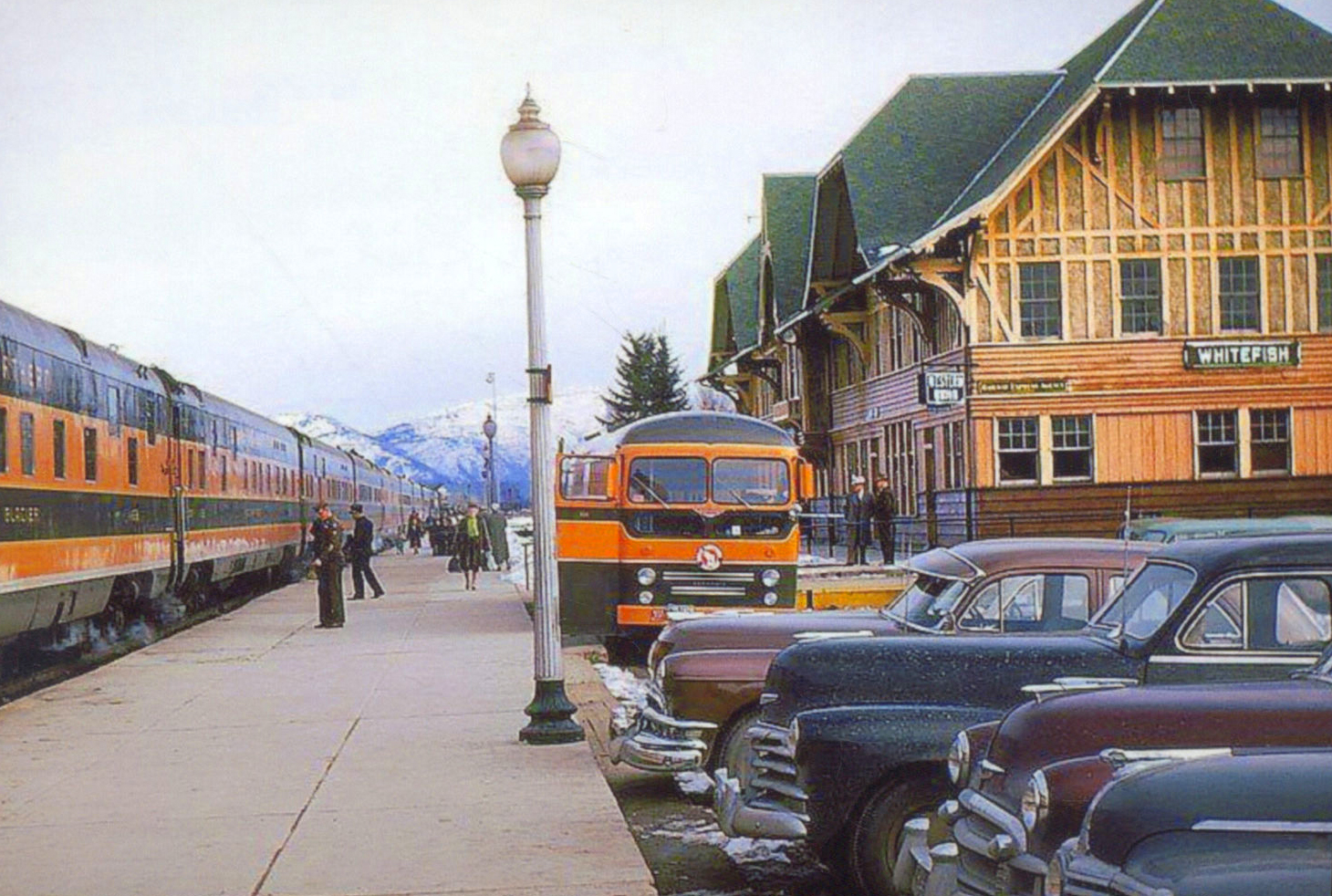 The Izaak Walton Inn, located at the entrance to the breathtaking Glacier National Park is not a railroad museum but a historic hotel.

The inn was originally built to provide temporary relief for Great Northern train crews who worked in helper service over the railroad's stiff Marias Pass.

It was name after famous English author Sir Izaak Walton, and conceived on April 28, 1939 when the Addison Miller Company agreed  to construct and manage a hotel in the small town of Walton.

According to the inn:

"Interestingly, due to the hotel's proximity to Glacier National Park it was built larger than needed in hopes of eventually turning it into a resort for the general public, with plans to even expand the property. However, World War II halted any such construction and it remained at its current size."

As a tourist attraction, the building has become so popular that Amtrak's Empire Builder makes a special stop at Essex!

If you're interested in watching BNSF Railway trains ply up and downgrade with northern Montana as a backdrop, and Glacier National Park just minutes away, consider spending time at the Izaak Walton Inn, one of the West's premier vacation destinations.